Hollywood is a fickle place. Movie projects constantly fall apart regardless of how far along they are in production or even if they have big names attached to them. Whether it’s because of creative differences, financial concerns, a change in audience’s tastes or just due to lack of interest, many filmmakers have suffered from the whims of the movie industry. Although some of the following movies will never get made, their history and production offer a fascinating glimpse into the creative process and they remain big ‘what ifs’ for movies fans.

Following the huge commercial success of Close Encounters of the Third Kind, Columbia Pictures naturally showed interest in a sequel. However, rising director Steven Spielberg was more interested in a horror focused take on aliens from outer space. Loosely based on the Kelly–Hopkinsville encounter, Night Skies was to be a horror sci-fi which featured malicious aliens terrorising a rural family in their farmhouse. Spielberg asked Tobe Hooper to direct the project and even commissioned sci-fi legend Rick Baker to start working on creature designs and early special effects. Spielberg had intended to oversee the project after he had finished shooting Raiders of the Lost Ark, but the manic production of Indiana Jones made him reassess his involvement and he expressed more of a desire to return to the extra-terrestrial wonder of Close Encounters. Elements of the Night Skies script were used for E.T. and Poltergeist instead, and it wasn’t until War of the Worlds in 2005 that Spielberg returned to his dark sci-fi interests.

Guillermo Del Toro is a director who always has a steady stream of projects on the back burner. Sadly, his ambition usually gets the better of him and over the years the horror director has been attached to movies like Beauty and the Beast, The Hobbit, Frankenstein, Creature of the Black Lagoon and many others. However, his most intriguing project was a planned adaptation of H.P. Lovecraft’s Mountain of Madness. The horror writer is surprisingly underrepresented on the big screen and Del Toro planned a big budget reimaging of Lovecraft’s most well-known novel. Del Toro seemed the perfect choice for Lovecraft’s weird mix of gothic dark fantasy, and the director promised a 3D, R-rated adaptation which would be true to the source material. Sadly budgetary concerns scared away a studio greenlight and although it remains Del Toro’s passion project, he eventually moved on and made Pacific Rim.

A sequel to Ridley Scott’s sword and sandals epic Gladiator was always going to be a hard sell seeing as the main character died at the end of the movie, but this didn’t stop cult singer/screenwriter Nick Cave from attempting to bring the character of Maximus back for another outing. Cave’s audacious script had Maximus essentially being reincarnated by the Roman gods as a war-like spirit hopping through history. The sequel had Maximus fighting in historical conflicts like the Crusades and Vietnam before he eventually ended up in the Pentagon War Room. Although Ridley Scott and Russell Crowe were apparently on board with the idea, the movie was clearly too risky and outright bonkers for studio interest and it didn’t get past the script stage.

Writer/director David Goyer’s involvement in superhero movies like Batman, Superman, Blade and Ghost Rider have seen some mixed results, but the comic book enthusiast found a creative way to bring some of DC’s lesser-known characters to the big screen without making a traditional superhero origin story. His script for Super Max had Green Arrow being framed for murder and sent to an experimental ‘super prison’ which had been built to incarcerate supervillains. Goyer hoped to feature C-list characters as well as cameos from more familiar faces like The Joker, Lex Luthor and the Riddler, but the heist/escape flick was clearly too out-there for the comic book genre.

Cormac McCarthy’s infamously bleak novel Blood Meridian is widely considered to be unfilmable. The anti-Western follows a mob of scalp-hunters who cut a bloody and grisly path across the United States and Mexico, and it features pervasive scenes of extreme, graphic violence and a cast of characters who are almost entirely without any morals or decency. Ridley Scott was attached to an adaptation for some years until passing it onto Todd Field, but he also eventually departed the project. More recently, James Franco has expressed an interest in Blood Meridian (he recently directed an adaptation of McCarthy’s Child of God) and he even shot 30 minutes of test footage for the movie. However, no momentum has been made on the movie since.

Although animation giant Pixar plans its movies well in advance, the studio has a reputation for tirelessly improving and changing their movies even when they are deep in production. Toy Story 2 was completely rewritten with only nine months to get the sequel finished, and more recently the 2012 release Brave was redeveloped when its original director left citing creative differences. However, the most drastic decision made by the studio saw them completely scrapping one of their upcoming releases. Newt followed the last surviving two blue-footed newts on the planet as they are forced to come together to save their species. It’s unknown how far into production Newt managed to get, but Pixar had set a release date for 2012 and released concept art (the newt character also appeared in cameo background shots in Toy Story 3 and Brave) before finally announcing that the movie was cancelled. It was speculated that the premise of Newt was too similar to Rio and this had led to Pixar reworking the story before finally abandoning production, but the official line from the studio was that “‘the idea wasn’t working”.

Infamous loud-mouth Quentin Tarantino has promised many, many projects over the years, but his most intriguing by far was a planned prequel/sequel to Pulp Fiction and Reservoir Dogs featuring the Vega Brothers. Originally, Tarantino had talked about following the characters of Vincent Vega (played by John Travolta in Pulp Fiction) and Vic Vega (played by Michael Madsen in Reservoir Dogs) as they worked in Amsterdam, but the plot eventually changed – probably because neither actor could no longer convincingly play younger versions of themselves – and it became a revenge flick which followed their twins travelling to LA to avenge their brother’s deaths. Although Tarantino spoke about it for years, he never wrote a script for the idea and he has busied himself with other projects since.

Torso is a critically acclaimed true crime comic book based on the ‘Cleveland Torso Murderer‘. Active between 1934 and 1938, the serial killer preyed on working class people living in shanty towns who had been hit hard by the Great Depression. The grisly way the serial killer dismembered his 12 victims incited public panic and the case received attention because prohibition super-agent Eliot Ness was working as Public Safety Director in Cleveland during the time. The project was greenlit by Paramount in 2006 and David Fincher was attached to the project for some time, working from a script by Ehren Kruger and attracting an A-list cast including Matt Damon, Casey Affleck and Gary Oldman. Although it seemed perfect for Fincher’s sensibilities and it was going to be his next project following The Curious Case of Benjamin Button, Torso never came to be and the studio let the right’s lapse back to Image Comics (Fincher clashed with Paramount during filming of Benjamin Button, so this is rumoured to be the reason for it falling apart).

After the relatively disappointing reception of Marnie (1964) and Torn Curtain (1966), Alfred Hitchcock started working on a dark serial killer project which was to be low-budget, shot in black in white and very, very controversial. Hitchcock wanted to film Kaleidoscope from the perspective of its protagonist – a necrophiliac serial killer – and he wanted to use hand held cameras and natural lighting throughout the movie. The studio balked at the idea of Hitchcock ruining his own brand with graphic scenes of sex and violence and deemed the project too uncommercial and risky to produce. The director went on to film Frenzy instead and all that remains of Kaleidoscope is 30 minutes of test footage which Hitchcock had filmed in pre-production.

Megalopolis was a hugely ambitious sci-fi epic set in an utopian New York City. Francis Ford Coppola likened its script and imagery to the work of Ayn Rand, and Megalopolis was a passion project for the director throughout the 90s (the director even claimed that he had done three studio pictures in a row – Dracula, Jack and the Rainmaker – just to secure financing for Megalopolis). The project was deep in pre-production and set to be Coppola’s next movie, but the events of 9/11 caused the studio to suddenly back out as they didn’t want to deal with the risky implications of setting a movie in an alternate version of New York City. Coppola has expressed interest in coming back to the project in recent years, but it seems unlikely the aging legendary filmmaker will ever bring his vision to the big screen. 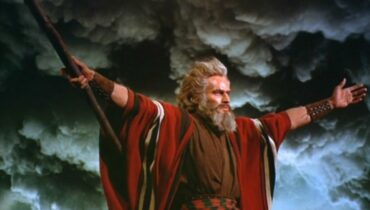 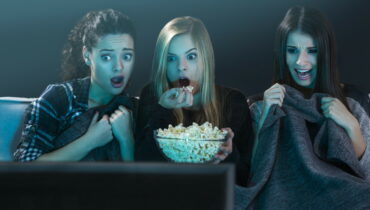