It probably says something about the state of English-speaking society that there are people who actually count occurrences of the word ‘fuck’ in films. We’ve been using it since 1475 or even earlier, but it still has the power to shock. It was first used in a film in 1967. Since then it’s been a free-for-all, quite frankly, as numerous films have attempted, and succeeded, to desensitise audiences to the shocking effects of the F-word.

Cementing Martin Scorsese as the undisputed Father of Fuckage is his latest film, The Wolf of Wall Street, with a staggering 506 occurrences of the word ‘fuck’ and its derivatives. It’s inspired this timely list of the top ten:

There are two important measures here, really. The number of uses, and the frequency of them. Where the number is concerned, Carnahan’s 2002 crime drama only manages a paltry 297 uses. Factor in the relatively short duration of the film, however, and we get an impressive 2.82 uses per minute. Ray Liotta starred, and we’ll probably meet him again in this list.

Told you: There he is again, Ray Liotta, in Scorsese’s first appearance in this list. Regarded as one of the greatest ever gangster movies, on its release Goodfellas held the record for ‘F’ usage with 300, but now languishes in 9th. How we’ve moved on…

There’s a pattern emerging: They’re all crime films. We tend to swear when we’re under stress, and a life of crime must be very stressful, after all. In Kramer’s version, there’s a drug deal that goes wrong, a shoot-out, some deaths, a missing gun, more deaths, a stabbing, a suicide, and a car crash. SPOILER ALERT: There’s also lots of swearing.

Time for a departure: A non-American film enters the fray. This one’s British, but there the departure ends, as it’s another crime film. While British films tend to busy themselves with more everyday subjects than their Hollywood counterparts, this one ignores that trend by containing a number of revenge-killings, and (animal lovers look away now), the beheading of a poodle.

Surely time for a romantic comedy? No. Cops and gangsters. Sorry.

At last, the first appearance in this list of Justin Timberlake. It was only a matter of time. Disappointingly, this is not a film about a particularly assertive canine. It’s another crime drama, based on the true story of a kidnapping and murder.

Scorsese had, by 1995, directed another couple of films since Goodfellas, but something had clearly been niggling at him. To scratch the itch, he got Joe Pesci in to keep the ‘F’ count up to a respectable level and get him in this top ten a second time.

Here’s another British film, and this one tops the list in terms of frequency of usage, with an impressively profane 3.34 fpm. It’s not technically a crime film either, so wins the prize for variety.

Based on the true story of a serial killer, this film was described in a review as “…the closest Lee has yet come to Scorsese territory!”. Speaking of whom…

In with a bullet at number 1… Or not with a bullet? Irony of ironies, the man famous for his sweary crime dramas tops the list of films featuring the most frequent usage of the word ‘fuck’ with a black comedy starring Leonardo DiCaprio. You couldn’t make it up.

It’ll take some gumption to shoehorn more than 506 ‘fucks’ into any film; will it come as a shock when it happens? 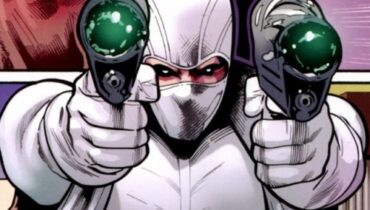