Quentin Tarantino has become one of the most popular and influential movie directors of all time. The writer/director burst onto the scene with Reservoir Dogs in 1992, and in the years since he has become known as the master of snappy and memorable dialogue, ultra-cool characters and genre-bending stories. Tarantino himself has become something of a controversial figure – fans claim that his homages show an appreciation of cinematic history while more critical types argue that he copies too much from other filmmakers and glorifies violence. Either way, it’s hard to deny his impact on the world of cinema. Tarantino himself is a very outspoken and candid public figure and as well as injecting some of his larger than life personality into his scripts he’s also done some pretty weird things off-screen, too. 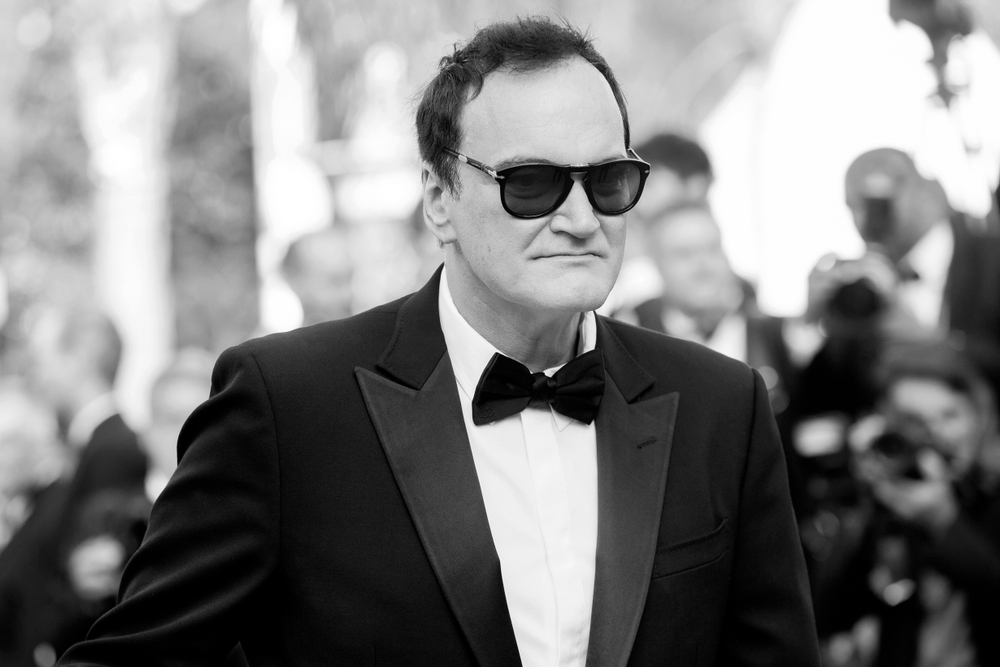 10. He Owns a Popular Revival House Cinema in LA

Tarantino has a fond appreciation for the cinematic experience. The New Beverly Cinema in Los Angeles is a well-known revival house which has been open since the 1970s and is famed for its double features projected in 35mm. When the New Beverly’s owner Sherman Torgan died from a heart attack in 2007, Tarantino stepped in and bought the cinema to prevent it from being shut down and redeveloped. Although Tarantino technically became the landlord, he still lets the Torgan family run the cinema. However, the filmmaker is still a frequent patron and he makes double features suggestions from time to time – he even enlists some of his filmmaker pals like Jason Reitman, Edgar Wright and Diablo Cody for guest programming events at the New Beverly every once in a while.

Tarantino is a self-confessed foot fetishist and he isn’t exactly subtle in getting some sexy shots of female feet into most of his movies. Characters like Mia Wallace from Pulp Fiction and Melanie from Jackie Brown spend most of their time barefoot, but other movies like Kill Bill (he definitely has a thing for Uma Thurman’s feet) and Death Proof both have lingering, prolonged shots of women’s feet. Tarantino even partook in his fetish onscreen in From Dusk Till Dawn – in one scene Salma Hayek shoves her foot into his mouth and pours tequila down her leg so it trickles into his mouth.

8. Most of his Movies are Connected

Tarantino has a habit of linking his characters together in what has been dubbed the ‘Tarantino universe’. Despite his movies taking place in different eras and across very different genres, some characters feature across movies (like Sheriff Earl McGraw, played by Michael Parks, who is in From Dusk Till Dawn, Kill Bill and Death Proof) while others share surnames and appear to be related to each other. The most popular example of this is Vincent Vega and Vic Vega from Pulp Fiction and Reservoir Dogs (for years, Tarantino said he working on a Vega brothers movie – presumably set before both characters died), but some eagle-eyed fans even managed to link Pulp Fiction to Django Unchained. The latter has a newspaper article mentioning an outlaw called ‘Crazy Craig Koons’ and the character Captain Koons is played by Christopher Walken in Pulp Fiction. He’s also invented his own brands like Big Kahuna restaurant, Teriyaki Donut and Red Apple cigarettes, all of which feature across different movies, too.

7. He Owns the Pussy Wagon from Kill Bill

The bright yellow Chevrolet Silverado SS which Beatrix Kiddo steals in Kill Bill is an iconic movie automobile, thanks in large part to the fact that it has the words ‘Pussy Wagon’ painted on the back. Ever the extrovert, Tarantino kept the car and now proudly keeps it in his driveway. He also lent it to Lady Gaga to be featured in her exploitation-inspired music video “Telephone”. On the subject of automobiles, he also had his prized 1964 Chevrolet Malibu Convertible which is featured in Pulp Fiction (it’s the car Vincent Vega drives) stolen in 1994 shortly after filming wrapped, but police managed to track it down and return it to the director in 2013.

6. He Was a Guest Judge on American Idol

Tarantino has proven himself to have impeccable music taste when it comes to choosing the songs for his soundtracks and he’s said that listening to music is an important part of his screenwriting process. However, this doesn’t quite explain why he’s been a guest host on American Idol three times. Tarantino does seem to be something of a pop culture junkie but seeing him dish out insults and criticisms on a music talent show just seems like a bit of a waste of his talents.

5. He Also Played an Elvis Impersonator in an Episode of Golden Girls

Four years before Tarantino hit it big with Reservoir Dogs in 1992, the auteur inexplicably starred in an episode of Golden Girls as an Elvis impersonator. His first gig as an aspiring actor (not including his performance in his unreleased first movie My Best Friend’s Birthday from 1987), Tarantino played one of twelve Elvis impersonators who had assembled as guests for a wedding. It was essentially a background extra part (Tarantino called it “one of the few times that I actually got hired for a job”) and all he does is sit in the background and dance along to “Hawaii Wedding Song” at the end of the episode, but it’s a surprisingly inauspicious debut for a man who would go on to change the face of cinema just a few years later.

4. It was his Hands Strangling Diane Kruger’s Character Onscreen in Inglourious Basterds

Ever the perfectionist, Tarantino wanted to personally choke Diane Kruger for her death scene in his WWII movie Inglourious Basterds. He apparently didn’t like the way that most close-up shots of strangling in movies looked fake, so he asked Kruger if he she would let him “cut off her air for a little bit of time” for one take. Surprisingly, the actress obliged and Tarantino got the realistic shot he wanted.

3. He Almost Had One of his Nipples Bitten Off by an Irate Taxi Driver

Tarantino has had his fair share of paparazzi scuffles and public feuds over the years, but his weirdest altercation almost resulted in him losing a nipple. When a New York taxi driver insulted Tarantino’s date, he jumped out of the back of the cab and started punching the driver in the face. Tarantino was restrained by two nearby bouncers and, as they held him back, the taxi driver seized the opportunity and sunk his teeth into the filmmaker’s chest. Thankfully, Tarantino emerged with only some slight bruises from the incident but the aftermath could have looked like one of the bloody scenes from one of his movies.

2. He has Pretty Weird Taste in Movies

Everyone knows that Tarantino is a huge cinephile, but that doesn’t mean he has good taste. In fact, he seems to have such an unfettered appreciation for movies that he will happily find good qualities in even the most critically reviled movies. Tarantino does end of year lists where he picks his top ten movies which have been released that year, and the picks are usually not what you’d would expect from the acclaimed filmmaker. He weirdly named Toy Story 3 his favourite movie of 2010, the awful adaptation of The Three Musketeers made the cut in 2011 (well, he placed it at number 11) and even the Lone Ranger made his 2013 list. Also, in an interview with Sight and Sound he named kid’s sports comedy Bad News Bears as one of his favourite movies of all-time. However, his most bafflingly choice came in a 2009 interview when he listed his 20 favourite movies which have been released since he started directing in 1992. For some bizarre reason he included 2003 rom-com Anything Else, one of Woody Allen’s most unremarkable and forgettable movies, on the list.

1. He Writes his Scripts by Hand

Tarantino has a very unique creative process. In a Q & A at the Santa Barbara International Film Festival from 2013 he revealed that he doesn’t suffer from writer’s block and it’s in fact quite the opposite. He said he often gets so carried away while writing for his characters that he has to force himself from overwriting scenes and dialogue, and that he also prefers to write his scripts as if he were writing a novel. The biggest surprise of all, however, is that Tarantino still hand writes his scripts and then types them up on an old Smith Corona word processor. It’s a process that even Tarantino admits is massively time-consuming but he remarked that “I can’t write poetry on a computer, man!”.

Top 10 Hottest Women from the Netherlands