One of the most influential and successful directors of all time, Steven Spielberg has completely changed the film industry and is almost single-handedly responsible for revolutionising big budget blockbusters. Trying his hand at many different genres of movies and constantly changing his style and approach to filmmaking, he has created a truly impressive filmography and it’s no easy task picking out his top 10. 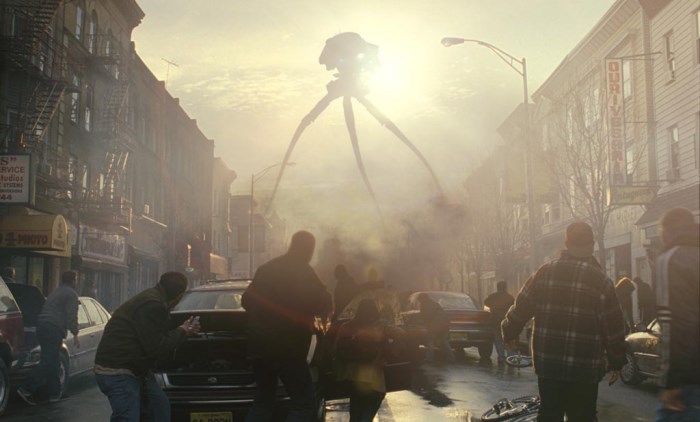 Clearly influenced by the events of 9/11, War of the Worlds is a tense and shocking adaptation of HG Wells’ classic sci-fi novel. It’s hard not to compare the movie’s scenes of mass panic and its grey, ashen cityscapes with current events, and the imagery is still poignant and relevant today. In a different director’s hands, it could be turned into a typical, formulaic alien invasion blockbuster, but Spielberg confidently made the story and the concept his own. War of the Worlds embraces the frightening reality that anything could go wrong at any moment and exploits the feeling of insecurity many audience members felt in 2005 and still feel to this day. Many consider the ‘happy’ ending of War of the Worlds to be a result of Spielberg’s saccharine sensibilities, but in the context of the rest of the movie it is far from a hopeful resolution and it doesn’t undermine the bleak tone and devastation that has come before it. 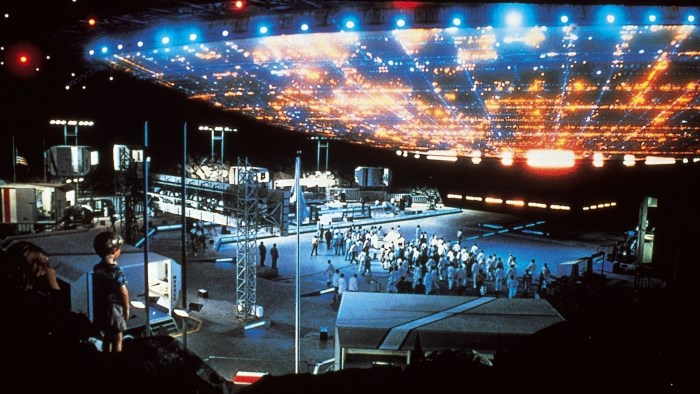 Before the release of Close Encounters of the Third Kind, Hollywood had always used aliens as a threat or enemy. Fascinated by UFO phenomenon, Spielberg decided to turn the idea completely on its head and instead focus on the awe and spectacle which would surround the contact of an alien species. As the huge, looming ship descends at the end of the movie, Spielberg relies almost entirely on this sense of dreamlike wonder as the humans and aliens attempt to communicate with each other. While visually amazing and impressive, it feels like he is completely stripping away the filmmaking process to immerse the audience in the spectacle unfolding on screen. It’s almost as if Spielberg is deliberately commenting on the universal language of filmmaking with the musical back and forth communication between the two species. It’s a childlike but groundbreaking moment of cinema. As the humans board the ship, the movie closes with a ‘Spielbergian’ hopeful, optimistic ending, but it is one that is so well-earned and perfect.

Munich is a morally ambiguous and complex movie which offers an intense look at a political climate which still exists today. Set against the backdrop of operation Wrath of God, Israel’s retaliation to the Palestinian terrorist actions at the Munich Olympics in 1972, Munich is a fast-paced, violent thriller. Spielberg confidently succeeds in setting this complicated, controversial subject matter against visceral scenes of action and, despite its appearance, Munich is by no means ‘popcorn cinema’. It is one of many examples of Spielberg disappearing into different filmmaking techniques like a chameleon director and challenging audiences with a difficult subject matter. 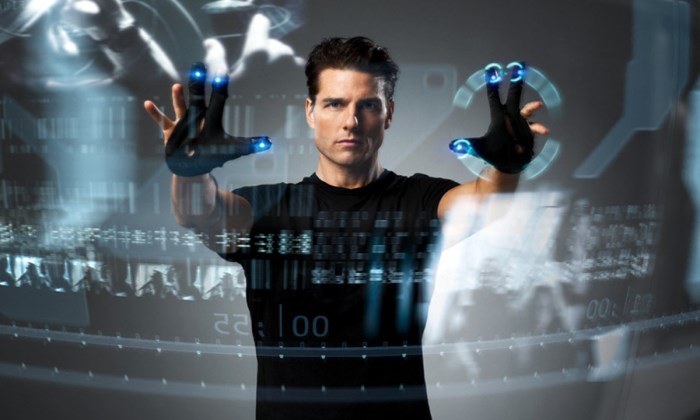 Washed in a dark blue hue, the world of Minority Report seems much closer to a dystopia than a utopia. Exploring the philosophical idea of predestined fate and choice, Minority Report is an intelligent, adult sci-fi story with a rousing chase dynamic. Most of Spielberg’s sci-fi movies are based in a realistic world close to our own, so it’s interesting to see the master director presented with the opportunity to build a fictional world of his own. Even small creative choices like the prevalent use of advertising and citizens having to undergo constant security checks presents Minority Report as a believable and depressing not too distant future. Minority Report is another example of Spielberg infusing an intelligent, morally dubious concept with white knuckle filmmaking, and it’s a solid entry in his filmography. 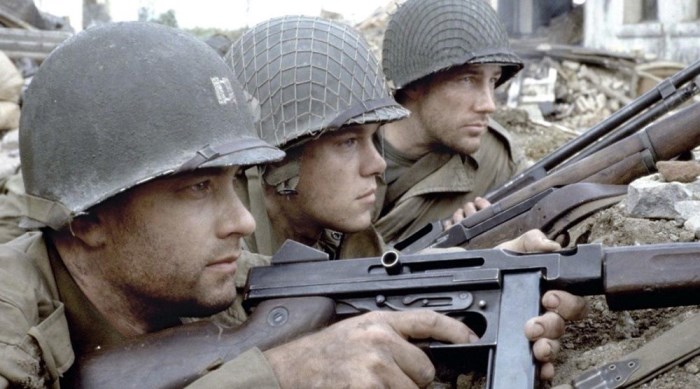 Quite simply one of the best war movies ever made, Saving Private Ryan is a tour de force piece of filmmaking. The opening combat sequence on Omaha beach is a gritty, painfully realistic look at the true nature of warfare. Many World War II movies focus far too much on chest-bumping patriotism or comradely sentiment, but the shocking scenes of Saving Private Ryan show the morally murky nature of war. By choosing to show scenes of young soldiers dying on muddy beaches and amongst the rubble of destroyed towns, Spielberg forces a different perspective of war. Making full use of his masterful skills as a filmmaker, Saving Private Ryan is an audacious and impressive technical achievement and it is a breathtaking, unforgettable cinematic experience. 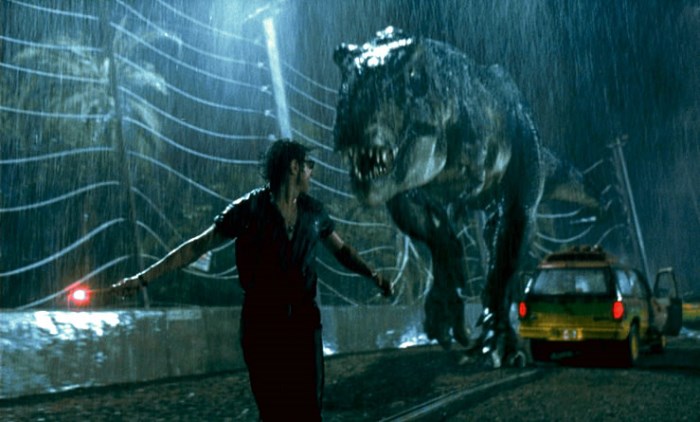 Returning to full blockbuster mode after a string of largely forgettable, disappointing movies, Jurassic Park was solid proof of Spielberg going back to his capable roots. The movie’s high concept premise of scientists figuring out a way to bring dinosaurs back to modern day (and the havoc that consequently ensues) is the perfect story in Spielberg’s hands, and he infuses the movie with a combination of childhood awe and cinematic energy. Credited with bringing the world to the attention of the power of CGI (Computer Generated Imagery), it’s difficult to overstate how groundbreaking the special effects were. 20 years later, some scenes in Jurassic Park still look flawless and it was clear that Spielberg appreciated how important it is to combine practical effects with computer animation to achieve a seamless, realistic experience. It’s a lesson too few directors ever learn (even in the many years since it’s release) and this skill greatly contributes to Jurassic Park standing as one of the pinnacle examples of moviemaking magic. 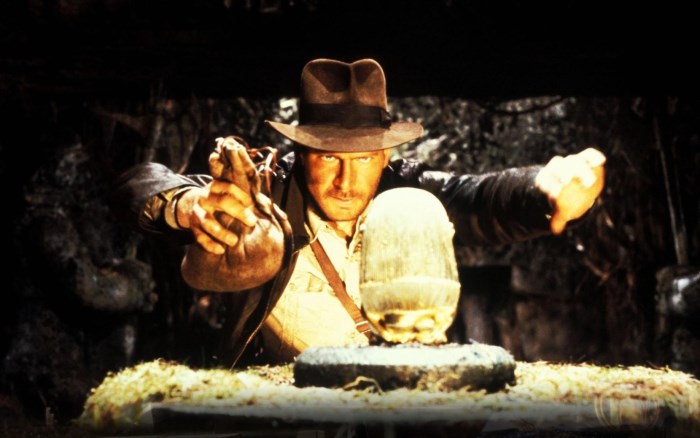 By 1985, Spielberg had already enjoyed blockbuster success with Jaws and Close Encounters of the Third Kind. However, it was Raiders of the Lost Ark which cemented his status as a master of the blockbuster craft. Even though it’s the debut movie of Indiana Jones, the character feels completely formed. Indy feels like he has just stepped off the page from a long-running series of of masculine, cheesy pulp magazines from a bygone era, and the movie’s energetic sense of energy brings the whole story and characters to life. With big action set pieces and an almost childlike sense of adventure and discovery, (helped in large part by Harrison Ford’s charismatic career-defining performance) Indiana Jones is a timeless, flawless action romp. 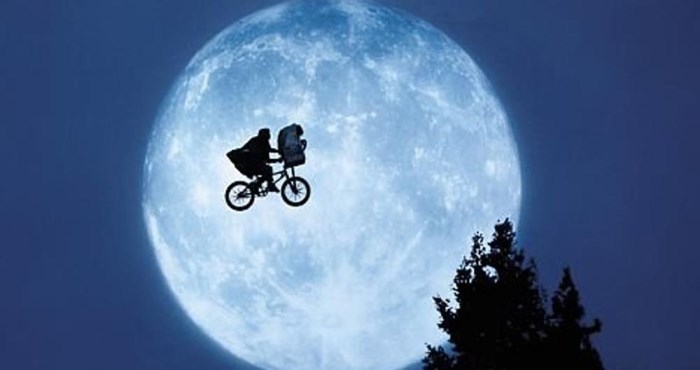 Spielberg has returned to sci-fi time and time again throughout his career, but E.T. is his greatest contribution to the genre. Instead of opting for a big special effects spectacle, the story of E.T. concerns a group of young children who find an alien. Most of the movie takes place in a small town and the biggest action set piece of E.T. is a chase scene on bicycles. E.T. could have been a much bigger movie, but Spielberg recognised that the story’s true heart lay in the innocence of its characters.Brilliantly encapsulating the wonder of childhood, E.T. is a masterful movie for both adults and children.

Considered to be Spielberg’s most important passion project, Schindler’s List is a powerful and unflinchingly realistic look at the suffering caused by the Holocaust. The movie was a hugely important creative endeavour for Spielberg on a personal level, but it also proved just how much of a ‘chameleon’ filmmaker he really is. Schindler’s List is another example of Spielberg completely defying his own signature trademarks. Shot in black and white with only a few brief uses of colour, Spielberg’s visual choices are confident and unconventional. The stark, bleak cinematography of Schindler’s List is an effective accompaniment to the power of its subject matter, and Spielberg opts for more of a documentary style of filming and composition to really emphasise the shocking nature of the movie’s true events. 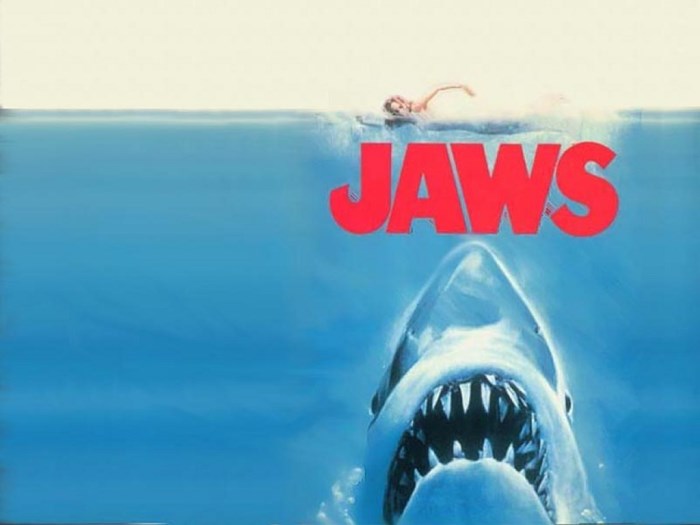 Spielberg’s debut TV movie Duel in 1971 was an exercise in building tension, and it was clear that the young director knew the importance of a slow buildup of suspense. Spielberg perfected his skill in this craft when he made Jaws, his second theatrical movie. Jaws is a hugely important milestone in movie history. Before it’s release, the Summer blockbuster simply didn’t exist. The movie went on to break all box office records and established the business model Hollywood still uses today for it’s big movies. Jaws is a deliberately slow but perfectly paced movie which chooses to concentrate on its characters while the menacing shark bubbles away in the background. The reveal of the rubbery shark at the end of the movie doesn’t come across as goofy or silly because Spielberg spends so much time expertly building up its reveal. Spielberg knew the limits of the special effects available to him and he knew how to use them perfectly. Jaws is simply a masterful piece of filmmaking and one of the best movies ever made.