Before there were videogame consoles, there were arcade cabinets. These giant, hulking cabinets were made up of three main components: a television screen, a joystick, and a mini computer capable of drawing graphics and running games. Arcades were a worldwide phenomenon. They could be found everywhere, from dedicated arcades to restaurants, bars, shops, take aways, and more. Each arcade cabinet was specifically designed to run a single game and run it well. Over the years, some arcade games gained fame and notoriety for their quality, forever being remembered as some of the finest video games ever created. This top 10 will examine the top 10 classic arcade video games of all time.

Today, Mario is the most recognisable and popular videogame character of all time. The portly plumber is an icon and has spearheaded many of videogame company Nintendo’s finest videogames. This wasn’t always the case, though. In the late 70s, Nintendo was undergoing a transformation. Previously a playing card company, CEO Hiroshi Yamauchi was transitioning the company into a videogame company. Whilst the company enjoyed moderate success in the late 70s, it wasn’t until the early 80s that it hit its stride. 1983’s ‘Mario Bros.’ was one of Nintendo’s earliest hits. Designed by videogame auteur Shigeru Miyamoto, the game put players in control of Mario and his brother Luigi, a pair of plumbers trapped in a sewer. Players were given the task of safely guiding Mario and Luigi through the sewers while doing battle with all manner of creepy crawlies. Mario Bros. was a huge hit around the world. It was eventually released on Nintendo’s NES console too, where it also enjoyed a great deal of success.

In 1986, videogame designers Takashi Nishiyama and Hiroshi Matsumoto started work on a concept for a new type of game. In it, players would take control of combatants taking part in fights to the death.Videogame company Capcom saw promise in the idea, so they gave Nishiyama and Matsumoto the go ahead to make a game around the concept. The result was 1987’s ‘Street Fighter’. Street Fighter was a revolutionary game. In it, players took control of martial artist Ryu and controlled him in a number of street fights spanning the globe. Street Fighter created a number of genre conventions that still exist today in the fighter genre. It established the six button control scheme that is still used in most fighters today as well as the idea of executing special moves by inputting a series of specific button combinations. The game also introduced the world to Ryu and Ken, two of the most iconic videogame characters the world has ever seen. Street Fighter was a huge hit around the world. It was eventually ported to a variety of home consoles, including the Commodore 64, the Atari ST, and the TurboGrafx-16, where it also enjoyed success.

Konami is one of the most successful videogame companies of all time. Since its creation in 1969, the company has created some of the most prolific and popular videogame franchises ever made, including Metal Gear, Silent Hill, Castlevania, Contra, Dance Dance Revolution, and Pro Evolution Soccer. 1981’s ‘Frogger’ was one of Konami’s earliest hits. Designed by Konami and published worldwide by Japanese publisher Sega/Gremlin, Frogger put players in control of a tiny, vulnerable frog as he tried to cross a busy road to get back home to his pond. Initial levels were simple to complete with few obstacles on the road. The game got increasingly more difficult with each level, however, with more cars, more trucks, and more obstacles to avoid. Frogger was easy to pick up and play but difficult to master. Its game mechanics were deceptively deep and offered hundreds of hours of gameplay. Frogger was a huge hit around the world and is, to date, one of the most popular arcade games ever created. The game was eventually released on consoles in the mid 80s where it also enjoyed a lot of success.

Lyle Rains and Ed Logg had a lifelong fascination with space. As children, the pair would spend hours looking at the stars, longingly wishing to explore them and see them up close. In 1979, Rains and Logg had an idea. Both computer programmers, they decided to take their love of space and build a game around it. The result was 1979’s ‘Asteroids’. Asteroids was a simple, yet addictive, game. In it, players would control a spaceship trapped in an asteroid field. The goal of the game was to guide the spaceship to safety by successfully evading and destroying the dangerous asteroids surrounding the ship. Asteroids’ success was unprecedented. Gamers around the world fell in love with the game and publisher Atari struggled to keep up with demand. Asteroids was eventually ported to a number of videogame consoles where it also enjoyed success. Today, the game is regarded as one of the finest space arcade games ever made.

1978’s Space Invaders (featured later in this list) created the Shoot ‘Em Up genre (or SHMUP, as it is more commonly known) in which players take control of a spaceship and use it to blast hordes of alien spaceships out of the sky. 1981’s ‘Galaga’ took the gameplay systems driving Space Invaders and expanded on them in nearly every way. Stages complete with boss fights were added, as were additional weapons and super weapons like bombs that could clear an entire screen with the press of a button. The game also added a number of interesting enemy spaceship classes which featured more mobility and firepower than those seen in Space Invaders. Galaga was a huge hit for Namco, creators of the game. Players all over the world loved the game and revelled in its challenge. Galaga was eventually ported to the Nintendo Entertainment System, the Atari 7800, and a variety of other game consoles. Today, it is one of the most successful and beloved arcade games ever made.

1992’s Mortal Kombat’ was a controversial game. Creators Ed Boon and John Tobias started work on the game after playing Capcom’s Street Fighter. While they enjoyed Street Fighter’s game mechanics and game style, they disliked the game’s graphics and cartoony nature. With Mortal Kombat, Boon and Tobias aimed to fix all the problems they saw with Street Fighter. Gone were Street Fighter’s pixellated graphics in favour of realistic graphics featuring realistic human characters, each with their own style and look, and gone was the cartoony nature in favour of a grim, realistic style complete with blood, guts, and disturbingly violent fatalities. Mortal Kombat was a huge hit with gamers everywhere. They fell in love with the game’s gruesome depiction of violence and its hyper realistic graphics. The game was eventually released for a variety of games consoles, albeit in a censored fashion. Today, the Mortal Kombat franchise is one of the most popular fighting game franchises with more than a successful dozen entries. A new Mortal Kombat is due for release in 2015.

1981’s ‘Donkey Kong’ was Nintendo’s first big hit and the game that put them on the map. Designed by Shigeru Miyamoto, one of the most respected and renowned videogame designers to ever live, Donkey Kong put players in control of Mario as he traversed a number of platforms to rescue the beautiful Princess Peach from the clutches of the giant gorilla Donkey Kong. Donkey Kong was a revelation. Its graphics were incredible for the time and its simple, addictive gameplay hooked gamers immediately. The game was a huge success for Nintendo and it quickly became one of the highest selling arcade games of all time. Remarkably, Donkey Kong is still played worldwide today with hundreds of gamers working hard to improve their high scores.

‘Space Invaders’ was an important game. Created by Japanese videogame designer Tomohiro Nishikado, the game was one of the first truly popular videogames and it helped the videogame medium transition from a novelty to a worldwide phenomenon. Nishikado took over a year to design Space Invaders and create the hardware needed to run it. He designed the game to be simple to pick up and play but difficult to master with a gradually increasing difficulty curve. Gamers everywhere quickly became addicted to Space Invaders. The game was unlike any other game ever created and they loved the feeling of shooting aliens out of the sky. The game was a huge hit for Nishikado and publisher Taito who sold millions of Space Invaders cabinets around the world. It was eventually ported to consoles where it also enjoyed a huge deal of success.

Videogame creator Iwatani didn’t like to follow trends. While most of his contemporaries were trying to emulate the success of 1978’s Space Invaders, Iwatani was hard at work on a new type of game with a new type of character. The resulting game, ‘Pac Man’, turned out to be a global phenomenon and one of the most successful arcade games of all time. Pac Man was a deceptively simple game. In it, players would put in control of Pac Man, a small yellow character given the task of traversing a maze and eating small pieces of fruit while evading a group of ghosts called Blinky, Pinky, Inky, and Clyde. The character of Pac Man was immediately endearing and the game surprisingly addictive. Gamers everywhere fell in love with it and spent huge amounts of money to play it. Today, the character of Pac Man is one of the most popular videogame icons and a mainstay of videogame culture. While a number of Pac Man sequels have been released over the years, none have been able to capture the magic, genius, and simplicity of the original. A true classic, Pac Man is generally regarded as one of the best videogames ever made and the best arcade game ever made. 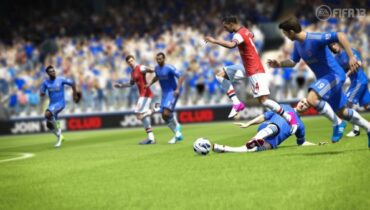 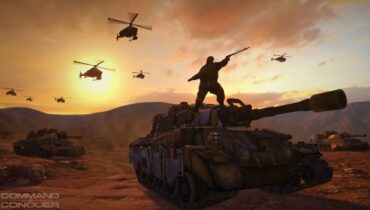