Hollywood has always kept its trained eyes on the video game industry. Some of the most popular video game franchises have sold millions of copies worldwide, and movie studios have proven to be very adept at snatching up properties to reach an even wider audience. Unfortunately, this approach has led to some very mixed results and some of the worst movies in recent years began their lives as video games.

The original Mortal Kombat was a worldwide gaming phenomenon. One of the most successful fighting games ever made, it was a huge hit on both home consoles and at arcades. It also courted considerable controversy from mainstream media who criticised the game’s liberal amount of gore and over the top finishing ‘Fatalities’. Hollywood quickly sniffed out the game’s success and rushed out a movie just three years following its release, but it was nowhere near as memorable or creative. Although Mortal Kombat topped the box office, it was a tepid, drab take on the property and it lacked the spark and controversy of the video game. Essentially a bland fighting movie with poor CGI, choreography, acting and dialogue, the only thing the Mortal Kombat movie really had going for it is its cheesy 90s techno theme song.

Another movie based on a beat em up, the core appeal of the DOA video games were that the female characters all wore very skimpy outfits. To the movie’s credit, it does get this part right and the actresses spend most of their screentime wearing as little as possible. However, like Mortal Kombat it’s another generic fighting tournament style movie with poor action and too much cheesy dialogue and acting.

The Silent Hill games offer some of the scariest and most atmospheric gaming experiences of all time. However, like most long-running franchises from Japan, the series got bogged down in a convoluted story which got more confusing with each instalment. Although the movie adaptation is visually impressive and it has some moments of interesting horror and gory special effects, it lacks any real energy and spends too much time mimicking the plodding nature of the video games without the tension and suspense. Even worse, the movie relies almost entirely on one scene with heavy exposition to get the story across at the end of the movie, but by then it’s far too late.

Featuring John Woo inspired gunfights, Matrix style ‘bullet time’ and shady cop noir voiceover, the Max Payne games were always pretty upfront about their cinematic influences. This is why the thought of a movie adaptation felt like a step backwards. The standout features of the original video games (weird trippy drug visuals, slow motion shootouts) feel like style over substance in the movie and the dramatic conspiracy plot is far too overwrought and out of place to be taken seriously.

Hitman is another example of something which works in a game but doesn’t translate well to the silver screen. The stealth action games allowed players to approach each level methodically and cautiously to kill a target and escape without being seen. Although the earlier games (released before the movie) had an overarching story which concerned the genetically modified, cloned protagonist Agent 47 and how he came to be, the series was more fondly remembered for its unique gameplay than its plot. Unfortunately, the movie has a dreary story which is the typical ‘mission gone wrong’ action cliché, and Agent 47 is turned into an action hero with plenty of one liners and smart quips rather than the cold, determined hitman of the games. Also, in the game its easy to suspend disbelief and imagine that a bald man with a barcode tattoo on the back of his head could inconspicuously blend in with a crowd, but it’s much harder to believe in a movie.

Another classic 90s beat em up, Street Fighter II was one of the biggest arcade games of all time and it influenced countless other games in the fighting genre (including Mortal Kombat and Tekken). Naturally, Hollywood wanted in on this success but Street Fighter wasn’t an easy game to adapt. Unlike other fighting games, Street Fighter II had no real story to speak of and each character only received a brief, 20 second backstory at the end of the game. However, this lack of source inspiration wasn’t enough to deter filmmakers and the Street Fighter movie consequently featured a jumbled mess of a story which involved a world domination plot by villain M. Bison. Awful 90s action aside, the movie just couldn’t bring Street Fighter’s bizarre roster of characters together for a cohesive reason, and it shows in the final movie.

Panned by critics and even its own stars (Bob Hoskins said that the movie is “the worst thing I ever did”), Super Mario Bros was a hugely disappointing and downright insulting take on Nintendo’s classic series. The zany, cartoonish and colourful world of the games is replaced by gloomy drab visuals and the movie shares so little with the games (including any sense of fun) that it seems bizarre that they share the same name.

The Wing Commander games always relied on extensive animated cut scenes to tell the game’s story, and the series was able to make the leap to live action cinematic scenes with big name Hollywood actors (including Malcolm McDowell, Christopher Walken and John Hurt) when high capacity CD-ROMS became the standard platform for games. Wing Commander was on its fourth instalment when a movie adaptation was announced, and it seemed like filmmakers couldn’t possibly go wrong with such an extensive, detailed fictional universe already established and at their fingertips. However, the movie was a boring, formulaic sci-fi yarn with a story which had already been done to death by better movies in the genre. Even the special effects in the space combat scenes failed to live up to the primitive graphics of the video games. The movie also changed almost all of the iconic alien and spaceship designs from the games and even its leading actors (90s teen heartthrobs of the moment Freddie Prinze Jnr and Matthew Lillard) were bested by the original stars from the games.

Director Uwe Boll has built his undisputed reputation as one of the worst directors in modern history by adapting as many video game properties as he get his hands on. Boll’s filmography includes awful adaptations of games like Far Cry, Dungeon Siege, Postal, Alone in the Dark and Bloodrayne, but his crowning achievement has to be House of the Dead. While we can scratch our heads and wonder why filmmakers are drawn to typically uncinematic genres like beat em ups or platform games, the decision to try and make a movie out of a light gun shooting game defies all belief. For the uninitiated, a light gun is a gun-shaped controller which can be used to simulate shooting by pointing at a screen and aiming at targets (usually arcade screens but many home console lightgun games and controllers have been made over the years). The House of the Dead series has a very simple gameplay premise which basically asks players to point their light gun at the screen and shoot at zombies. That’s pretty much all there is to it and, in Uwe Boll’s defense, that’s all there is to the movie. When a group of college kids head to a rave on a strange island, they are attacked by zombies and the movie ticks off every horror and B-movie cliché in the book. However, perhaps the most baffling creative decision made by Uwe Boll is that he actually included brief clips from the video game into the movie for no real reason. The clips are usually completely unrelated to what is going on and they just add to the complete cinematic mess that is House of the Dead.

Widely regarded as the granddaddy of all modern first person shooters, Doom and Doom 2 perfected the FPS model and the series is largely responsible for bringing 3D gaming and competitive multiplayer to the masses. More than 10 years after its PC release, production was underway on a Doom movie. Clearly taking a ‘better late than never’ approach, the filmmakers basically took a basic sci-fi premise of space marines vs. monsters and slapped the Doom name on the title. None of the creatures really resemble those in the games and the frantic, arcade shooting action is replaced by tedious, nondescript characters wandering around corridors on a research facility on Mars. The movie’s only real similarity with the game is a surprisingly effective and tense five minute scene which is shot from a first person perspective, but it’s really not enough to save the rest of the movie. 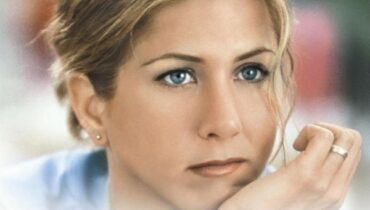 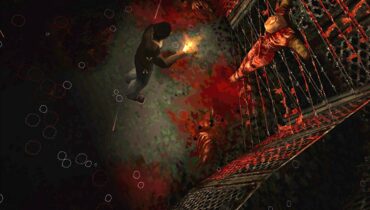