It is a vital rule in the gaming community that a game is only as good as its weapons. No matter what the story or the setting, there must be a deadly weapon to characterize mayhem in the game. The sword of Geralt of Rivera is a testimony to this concept. There are many weapons which dominate the gaming scenario. Out of all the options for offensive and defensive weaponry, swords hold a distinctive place.  This bladed arsenal is an acute representation of authority, defense, ability, vigor, and valor. All the tales from cultures around the world are decorated with stories of a legendary sword that was wielded by an undefeated warrior. Read on to explore a list of the ten most awesome and unique gaming swords of all time.

1. The Lightsaber – From All Star Wars Games

The iconic “Bzzt” and the lighting up of the laser sword is what makes Star Wars so well-loved. In every game and every trailer, all admirers wait for the sneak peek of these gorgeous weapons wielded by the mystical Jedi Knights. The cultural symbolism and the fan following is strong in this one. While other gaming swords might be stronger than a lightsaber, no one can deny their fantasy of owning at least one of these laser swords. The Lightsaber is made of pure energy directed from a force-powered crystal. It has appeared in every piece of media and fiction that has been released under the banner of Star Wars. It is indestructible and can cut through almost anything. For these reasons and many more, it is at the top of our list. 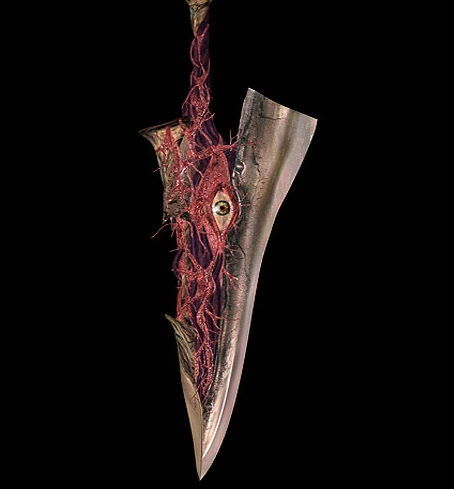 There is a common theme in fantasy video games that the intent behind using a weapon changes its very nature. This theme is most commonly seen in weaponry such as swords, daggers, and wands. The armaments imbue the negative intentions of the wielder into themselves and become an element of evil and destruction. The example of Soul Edge is very relevant to this theme. Soul Edge was crafted as a regular sword. It was made to serve any master with no magical prowess. But after it was used for merciless bloodshed and crimes of cruelty, it started to change. The sword gained sentience and embodied the evil intentions of its bearers. This demonic implement has the plot purpose of being the temptation to evil. One who holds it gains the fantasy of being the ruler of the world. The sword transfers a thirst for power and violence to its carrier. Only the person who forged it can resist the wily lure of Soul Edge.

No gaming sword bucks the traditional looks and functionality as much as the deadly sword of Ares in the God of War. Technically, the sword mentioned above is not a single blade, it is two blades connected by a chain. This makes up a bladed nun-chukkas like structure which is terrifying and extremely cool simultaneously. To fight with such a weapon is tremendously hard, which is why it is a quintessential weapon of the Gods. The blades were forged by Ares with the intent of razing down armies with a single flick of his wrist. However, the vanes are not used personally by the God of War in the game. These were seared into the arms of a servant so he could carry them always. When the service is over or the servant has vindicated himself in the eyes of Ares, the blades are removed and passed on to the next unlucky servant.

The most cherished and fan-favorite weapon in the Kingdom Hearts video game is the Keyblade. The protagonist proudly wields this sword and sets forth to explain the mysteries surrounding the kingdom. Throughout the gameplay, other main characters also wield the sword. Initially, the design of the Keyblade was more brutal and leaning towards a chainsaw construction. This was later modified. The war between the Darkness and the Light depends upon this singular weapon. Even though it looks plain, the magical ability of opening portals between worlds and sealing them is impressive. Furthermore, the sword chooses its owner.

5. Dagger of Time – From Prince of Persia

The name is clear enough on its own. The dagger of time is a magical tool that gives the wielder ability to alter time. Essentially, this means time travel. But the players of the game know just how important it is to contain the sands of time and how to use them to get ahead of the opposite side. Additionally, the dagger is extremely beautiful and every player deeply wishes to possess it in real life as well.

6. Frostmourne- From World of Warcraft 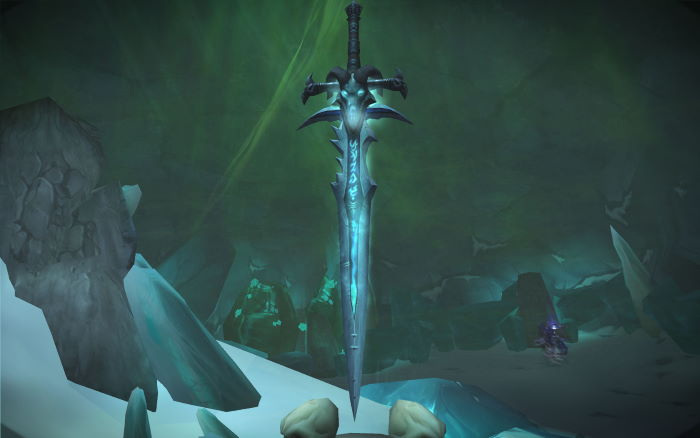 Taking many myths and cultural elements for the Norse and Celtic cultures, the World of Warcraft is an amazing universe. Frostmourne is one of the more quintessential and impressive weapons of the game. It is an invincible royal rune sword. The price of its usage is the soul of the wielder as well the life force of people who are slain with it.

The Masamune is Japanese in construction and aesthetic and it is a constant in the top ten gaming swords lists. This rapier of Sephiroth is an elongated and slender sword, with a curve in the blade. The sword can create metaphysical waves and cut through all sorts of surfaces. Masamune is the sword of the antagonist of the series.

The plotline and the mass response aside, the final fantasy franchise is exemplary in its devising of weaponry and swords. The protagonist, Cloud, owns this sword and wields it to destroy Masamune. The buster sword is shorted and stockier than the Masamune and fits the personality of the protagonist perfectly.

9. Master Sword – From Legend of Zelda

The Blade of Evil’s Bane is the most recognizable gaming weapon in the world. This sword requires the tenacity of flesh and spirit and demands trials of bravery. Don’t denigrate its appearance, the sword has the power of three sacred flames and a powerful fandom behind it.

10. Rebellion – From Devil May Cry

A sword named Rebellion is the perfect addition to the story of Dante. It is a family heirloom and possesses the ability to reunite a man with his spirit. The durability and the sturdiness of this sword is one of its crowning features. The good looks and gripping back story have firmly placed this blade in our hall of legendary gaming swords.