Shigeru Miyamoto is a videogame legend. Since joining Japanese videogame giant Nintendo in 1977, Miyamoto has created some of the most beloved videogame franchises of all time, including Mario, Donkey Kong, and The Legend of Zelda. Now in his 60s, Miyamoto is still the driving force behind Nintendo’s creative output. His latest works – Pikmin 3 and Super Mario 3d World – show that he hasn’t lost his magic touch, with both games receiving high scores from critics. 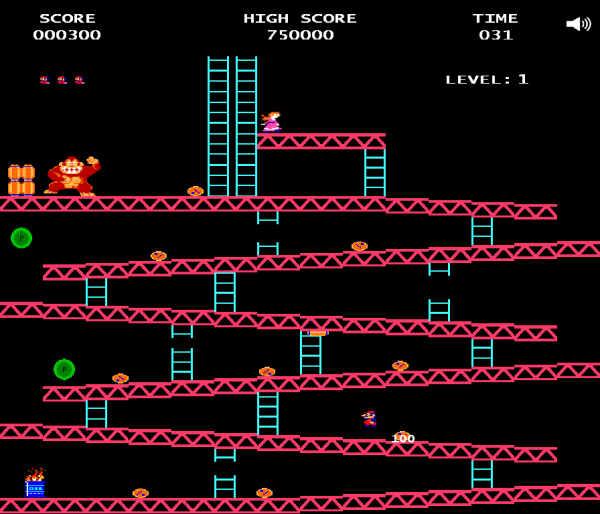 ‘Donkey Kong’ was the game that put Nintendo and Miyamoto on the map. Released into arcades worldwide in 1981, the game was revolutionary at the time. Its bright, colourful graphics were lightyears ahead of other arcade games, and its smooth, responsive controls and fun gameplay were a joy to behold. Donkey Kong also introduced the world to the characters of Donkey Kong, a giant ape with an attitude problem, and Mario, a short Italian plumber with a knack for saving princesses. These two characters would go on to become two of the most beloved Nintendo characters. Donkey Kong is still considered one of the greatest arcade games ever made. While Nintendo has released sequels and remakes of the game over the years, the original arcade version is still, by far, the best. 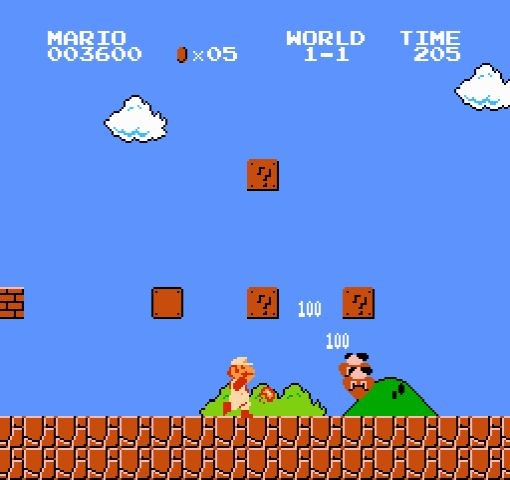 The videogame crash of 1983 was a disaster. Hundreds of videogame companies declared bankruptcy and the future of the videogame industry fell into doubt. While most companies struggled to stay afloat, Nintendo saw opportunity. They believed that they could fill the void left by companies like Atari, and they were right. They released their first home console, the Nintendo Entertainment System, in 1985 and, in doing so, single-handedly saved the videogame industry from extinction. Nintendo’s system seller was a quaint platform game called ‘Super Mario Brothers’. In it, gamers took control of Mario, a small portly plumber trying to traverse vast environments to save a beautiful princess from an evil creature called ‘Bowser’. Super Mario Brothers was a huge hit. Miyamoto, who designed the game, the characters, and the game world, was on top form, and gamers fell in love with it instantly. The Mario franchise has since gone on to become the most popular videogame franchise in the world. 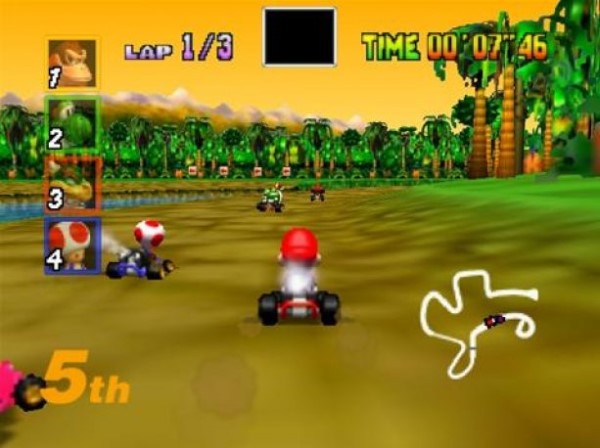 The first Mario Kart game, ‘Super Mario Kart’, was the first kart racing videogame ever made. Released for the Super Nintendo in 1992, the game was praised for its smooth and exciting gameplay and colourful graphics. ‘Mario Kart 64’, released in 1997, improved on Super Mario Kart in virtually every way. The graphics were improved, the game mechanics were deepened and refined, and the roster and track lists were expanded significantly. By all metrics, Mario Kart 64 was a huge step up from its predecessor. Mario Kart 64 proved that Super Mario Kart wasn’t a fluke. While many Mario Kart sequels have been released over the years, most gamers agree that Mario Kart 64 is the best game in the series yet. 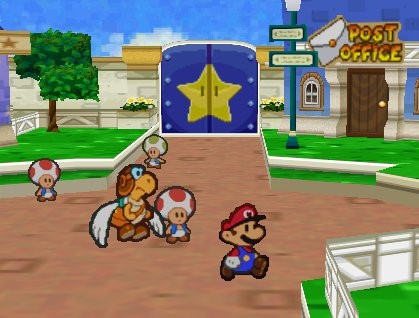 In 2001, Miyamoto turned his hand to the RPG genre when he made ‘Paper Mario’, a Japanese RPG starring Nintendo’s flagship character, Mario. The game featured a colourful art style, a witty and engrossing script, and a number of deep RPG gameplay mechanics. Paper Mario, unfortunately, sold poorly at first. Over time, however, the game found its audience and went on to sell more than 1.5 million copies worldwide. Today, Paper Mario is considered one of the greatest JRPGs ever made. It is currently rated at 93/100 on Metacritic.com. 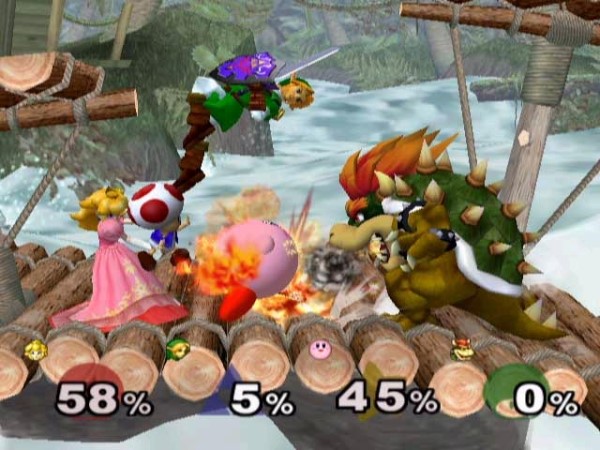 The first ‘Super Smash Brothers’ game, released for the N64 in 1999, was an unexpected surprise. With deep game mechanics, a wide roster of characters, and an excellent art style, it captured the hearts and minds of gamers everywhere and went on to become one of the best selling games on the N64 console. ‘Super Smash Brothers Melee’, which released on the GameCube in 2001, improved on its predecessor in every way. Miyamoto and his team introduced a number of new gameplay mechanics which enthralled gamers and increased the skill curve of the game. They also added more than a dozen new characters and fighting stages for the sequel. Super Smash Brothers Melee was received well by both critics and gamers. The game has sold more than 7 million copies worldwide and has a 92/100 score on Metacritic.com. 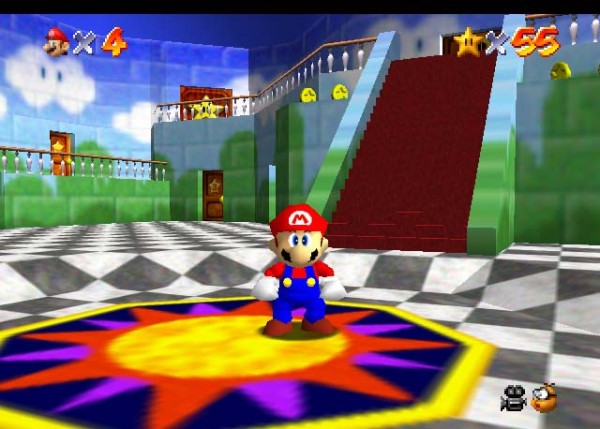 With the release of the N64, Miyamoto was issued a new challenge by Hiroshi Yamauchi, the CEO of Nintendo – to build the best 3d platformer ever made. The result was ‘Super Mario 64’. For Super Mario 64, Miyamoto went back to his roots and re-designed all of Mario’s game mechanics from the ground up. The linear platforming stages of the 2d Mario games were replaced by intricate 3d worlds filled with all manner of things to see and do, and new camera systems and control systems were designed specially for the game. The result was a game that felt fresh, exciting, and revolutionary. Today, Super Mario 64 is considered one of the best platforming games ever made. With a Metacritic score of 94/100, it’s also one of the best reviewed games Miyamoto has ever made. 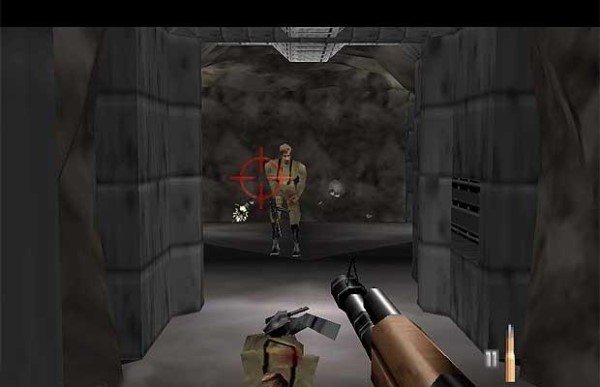 With 1997’s ‘Goldeneye 007’ for the N64, Miyamoto tackled the FPS genre, delivering one of the best FPS games ever made. Developed with the help of British developer ‘Rare Studios’, Goldeneye 007 was a videogame adaptation of the Bond film ‘Goldeneye’. The game followed the movie’s basic plot and featured a number of characters and locales lifted directly from the film. Goldeneye 007 was received well by critics and gamers everywhere. Critics scored the game an impressive 96/100 on Metacritic and the game sold more than 8 million copies worldwide. While sequels and remakes have been released over the years, none have been unable to capture the magic of the original. 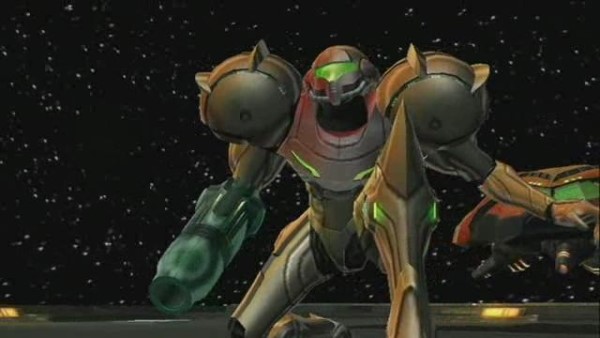 1986’s Metroid, released for the NES, was a revolutionary 2d platforming game. Directed by Satoru Okada, the game put players in the shoes of Samus, a space mercenary trying to rid the universe of an evil race of aliens called the Metroids. Metroid was a huge hit, and a sequel soon followed in 1991. Unfortunately, the series was shelved after the release of 1994’s Super Metroid on the SNES. Despite excellent sales and reviews, Nintendo saw no future for the franchise. In 2002, Miyamoto decided to resurrect and reintroduce the world to Samus in ‘Metroid Prime’ for the Gamecube. While previous entires in the franchise featured 2d gameplay, Metroid Prime made the jump to 3d with gamers taking control of Samus from a first person perspective. Metroid Prime was one of the highest reviewed games on the Gamecube. It earned a 97/100 score on Metacritic. It was also one of the best selling games on the Gamecube with more than 3 million copies being sold worldwide. While two sequels – Metroid Prime 2 and Metroid Prime 3 – were released for the Gamecube and Wii, they, unfortunately, floundered in the marketplace and failed to find an audience. 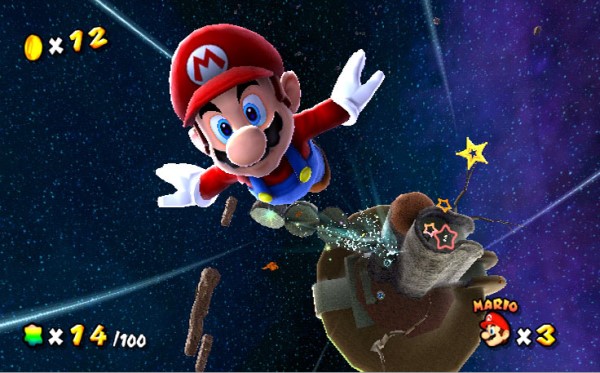 ‘Super Mario Sunshine’, the direct sequel to Super Mario 64, was a letdown for Miyamoto. Despite featuring new game mechanics, an expanded game world, and an exciting story, the game was reviewed poorly and it failed to sell a large number of copies. When it came to creating a sequel to Super Mario Sunshine, Miyamoto put all his other projects on hold so that he could focus solely on the game. He poured his heart and soul into the game in an effort to make it as great as possible. The resulting game, Super Mario Galaxy, turned out to be the greatest 3d platformer ever made and one of the finest games in Miyamoto’s catalogue. Super Mario Galaxy introduced Mario to the stars. Gone was the Mushroom Kingdom in favour of tiny planets each with their own unique art styles and game mechanics. The game also featured new characters, new enemies, and a new and improved story mode. Super Mario Galaxy was received incredibly well by critics who scored it an incredible 97/100 on Metacritic. Gamers bought it in huge numbers, too. According to Nintendo, the game has sold more than 12 million copies worldwide. 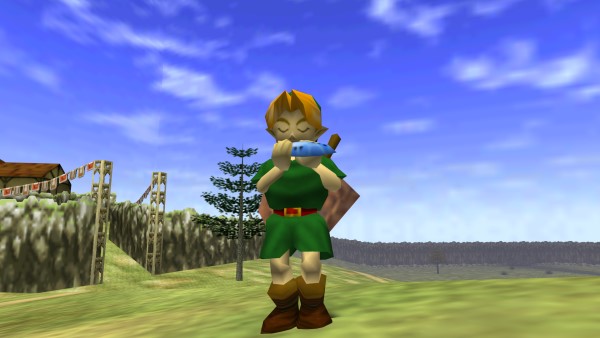 1986’s ‘The Legend of Zelda’ introduced the world to the fantasy land of Hyrule and the adventurer Link. The game, a top down RPG, featured exciting combat mechanics, an interesting story, and an expansive game world filled with dozens of puzzles to solve. 1998’s ‘The Legend of Zelda: Ocarina of Time’ saw the Legend of Zelda franchise making the jump to 3d for the first time. Gone were the quaint 2d graphics of old in favour of detailed 3d graphics that truly brought the land of Hyrule and its many inhabitants to life. Ocarina of Time’s gameplay was ahead of its time. Miyamoto’s deep game mechanics and solid controls were a joy to play with and the land of Hyrule was fun to explore. The game’s story was also engrossing with a number of twists and turns that kept the attention of gamers everywhere. Ocarina of Time was incredibly well received by critics. It scored an incredible 99/100 on Metacritic.com, a score that has yet to be bested by any other videogame.