With technology always improving and advancing, it’s hard to imagine that any video game is able to stand the test of time. The production values of modern video games are staggering, and new technologies can significantly push the capabilities and limits of the gaming experience. However, while some of the following titles may be graphically subpar when compared to their more recent competition, many of them are still high quality games which can still be enjoyed to this day. 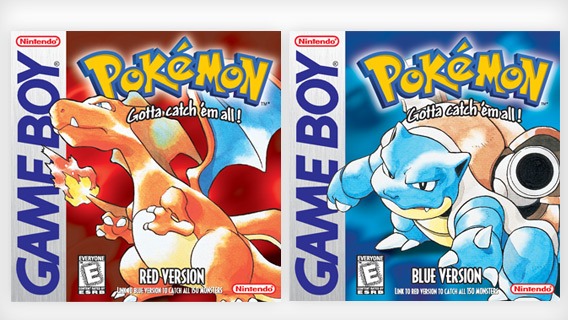 Pokémon was a huge global phenomenon when it was first released, and the series still shows no sign of slowing down. Although sequels and spin-offs have been made, many fans still play the game’s original Red and Blue versions. New features may have been introduced and the originally 150 line-up of creatures has been greatly expanded, but Pokémon’s core gameplay hasn’t changed and the originals are still as popular as they have ever been. The recent TwitchPlaysPokemon event (where thousands of people in a Twitch chat room could control a streaming version of Pokémon Red by typing in commands) peaked with 121,000 simultaneous players and 1.8 million total viewers, so there’s clearly plenty of love for Red and Blue in the gaming community. 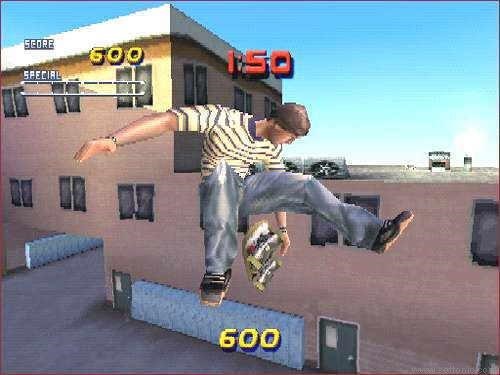 Fusing arcade gameplay, addictive rhythm style controls and inventive level design, Tony Hawks Pro Skater 2 is still a hugely innovative and totally unique video game. Tony Hawks 2 perfectly encapsulates skater culture and few games since have managed to match the game’s tricky but intuitive control system and core mechanics. The game is still as addictive and playable as ever and even the soundtrack stands up as a nostalgic throwback to late 90s punk rock. 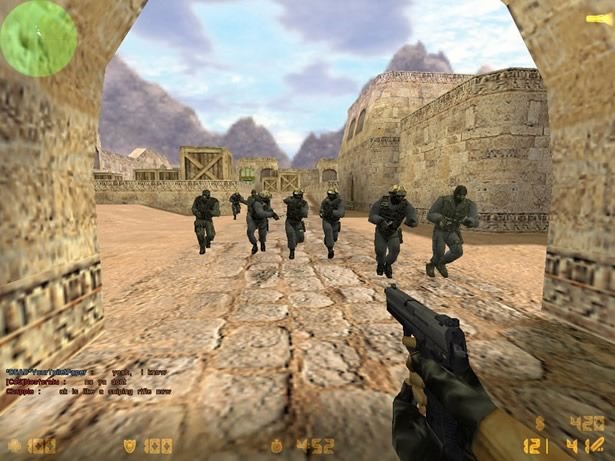 The FPS multiplayer genre has been saturated by countless franchises over the years, and each new title has attempted to put a different spin on the tried and tested shooter model. However, not a single FPS has had the same impact on the genre as Counter-Strike. Originally developed as a mod for Half-Life, Counter-Strike pits two teams of players (Terrorists and Counter Terrorists) against each other as they either complete objectives or kill the enemy team to complete the round. Of course, this core concept has been seen in countless other multiplayer FPS games, but Counter-Strike has endured for years because of its balanced combination of skilful twitch shooting and tactical strategy. Although its graphics have been given a makeover with the revamped Source engine, the game’s core gameplay and maps have mostly been left completely untouched. It’s a testament to Counter-Strike’s success that it is still one of the most popular multiplayer FPS titles still played by gamers. 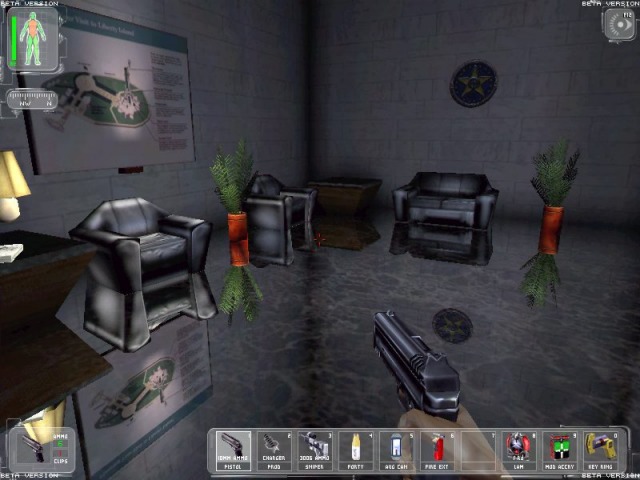 Sci-fi FPS Deux Ex is a reminder of just how linear and generic modern shooter games have become. The huge, expansive levels of Deus Ex means that players are allowed to completely explore the game’s environment, and they can complete each level in several different ways. In fact, Deus Ex demands several playthroughs just so players can experience everything the game has to offer. Also, by incorporating RPG elements Deus Ex became one of the few FPS games which truly allowed players to adopt whichever game style they prefer. For example, players can concentrate on the heavy weapon skills and go for the assault route, or they can invest in hacking or sniping for a stealthy approach. While most FPS titles are instantly dated as soon as the sequel or next game in the series is released, Deus Ex still stands out as one of the best games of the entire genre. 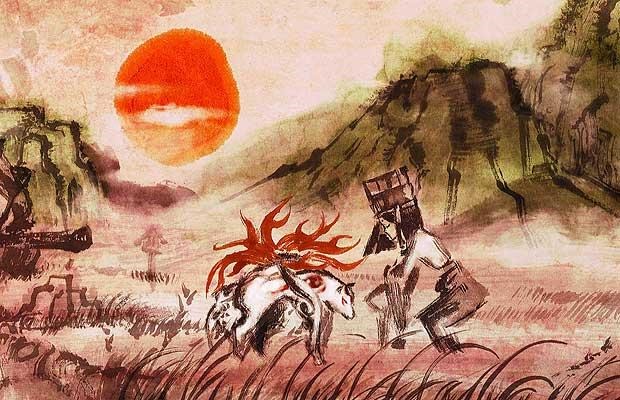 Even though Okami is less than decade old and much more recent than other games on this list, it’s hard to imagine the action adventure game ever looking dated. The watercolour, cell-shaded graphics are totally unique, and no other game has used the timeless aesthetic as successfully as Okami. Of course, it’s not just the game’s visual design which makes it a genuine classic. With solid gameplay and a complex, thought-provoking story, Okami is a video game which players will want to revisit time and time again. 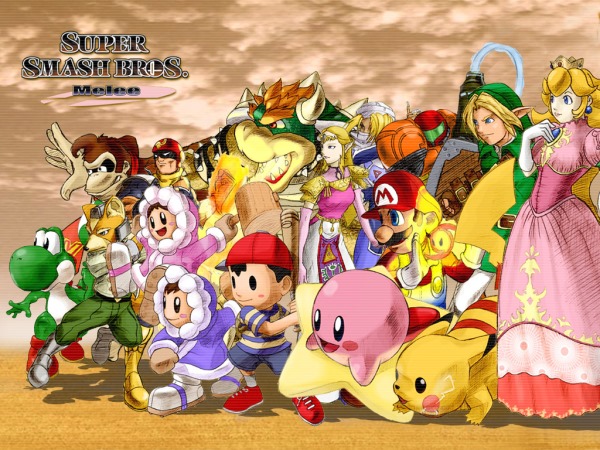 The basic core system behind fighting games hasn’t changed much over the years, but very few titles have really stood the test of time. Like many other genres, fighting franchises have a habit of repeating the same gameplay while expanding the character rosters and updating the graphics. This has led to former favourites like Tekken, Soul Calibur and Mortal Kombat going through the same motions over the years. However, Nintendo’s approach to the genre has proved to be the exception to the rule. Super Smash Bros Melee is a completely different type of fighting game, and it changes some of the core concepts found in most fighter franchises. For example, health bars are replaced by percentage counters, each character has a completely different set of moves or abilities and random power-ups drop down during each fight. The multi-level design of each stage also adds a platforming element to the gameplay as players can jump around and use the environment to their tactical advantage. The enduring legacy of Nintendo’s cast of characters and the frantic arcade gameplay truly sets Super Smash Bros Melee apart from the competition, and it’s still a firm favourite with fans of the genre. 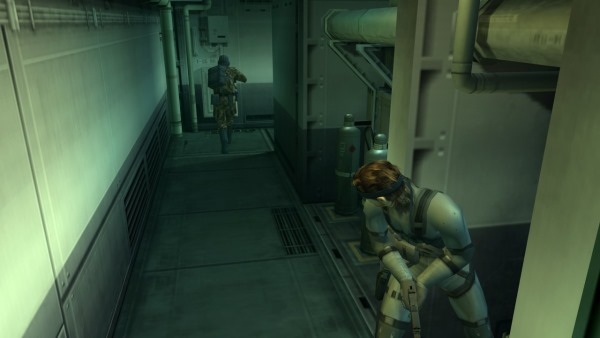 For a game that is 13 years old, Metal Gear Solid 2 (MGS2) is still impressive to look at. The game is responsible for revolutionising the stealth, third-person shooter genre, and it used the most of the PlayStation 2 architecture to bring the series to life. MGS2 is also a shining example of how attention to detail can really create a much richer and immersive atmosphere. The game has dozens of hidden easter eggs and interactive gameplay elements which most modern developers simply don’t bother with anymore. Although it also has its zany elements, the breath-taking graphics and complex narrative of MGS2 produced a gaming experience which felt realistic and mature. MGS2 set the benchmark for stealth shooters, and with so much detail hidden beneath the surface, modern gamers can play through the video game and still manage to find something new or surprising. 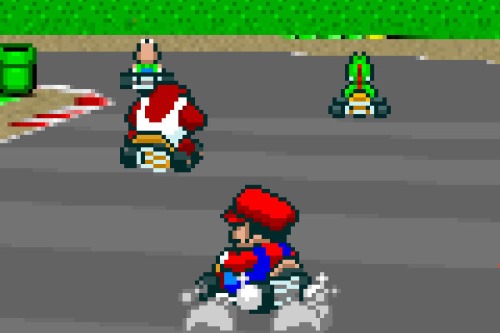 Of course, many different versions of Mario Kart have been released on every single Nintendo console since the SNES, but it was the original Super Mario Kart which set the standard for the series. The game was not only the first time characters from the Mario series were able to show their faces in other Nintendo games, but it also successfully blended the two racing genres which existed at the time. Taking the tight, responsive controls and mechanics from simulation racers and mixing it with the power-ups and competitiveness of arcade games, Super Mario Kart was the best of both worlds. Although the Mario Kart brand has been refined countless times over the years, the gameplay and controls of the very first instalment still hold up and the Mode 7 graphics brings the tracks, characters and karts to life. 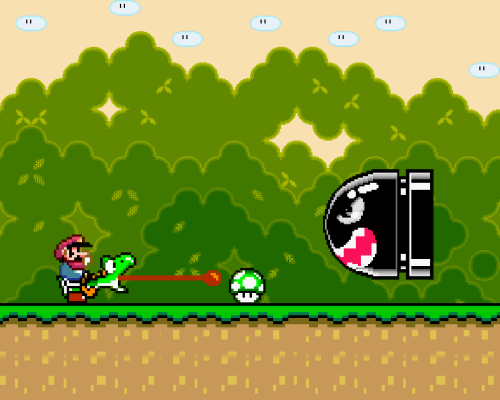 Super Mario World is still the pinnacle of 2D platformers. Thanks to the continued success of handheld gaming (and a modern appreciation for old-school 8-bit graphics), 2D platformers are still hugely popular, but few have managed to match the level design, mechanics, gameplay and replay value of Super Mario World. The game defined a genre, and very few have managed to come close to its quality and timeless appeal. 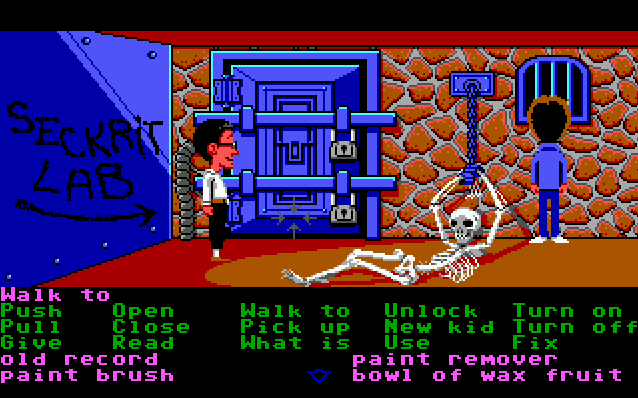 Although the genre has been mostly forgotten about today, point-and-click adventure games proved that video games could be used to tell a story. Even with their unique art style and cartoony aesthetics, there’s no denying that all of the LucasArts Games look a little rough around the edges. However, they were never about the graphics; they were about the story and humour. Whether it’s the witty dialogue of Monkey Island, the madcap humour of Sam and Max or the text-heavy gameplay of Manic Mansion, all of LucasArts point-and-click games were masterful ways to tell a story and take players on an adventure. LucasArts were a huge influence for many developers and writers, and their focus on narrative and character building can still be seen in modern story-heavy games like Heavy Rain, Walking Dead and Mass Effect.