League of Legends is one of the most popular video games in the world and it has helped catapult the eSports scene into the mainstream. With over 140 champions to choose from and many more play styles to experiment with, it’s hard to know where to start as a new summoner. This list highlights the 10 most selected champions and the reasons for their popularity. 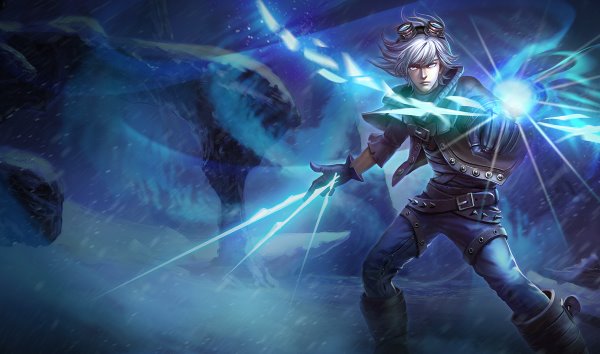 Filling in the role of one of League of Legends attack damage carries, Ezreal is an agile bottom laner. Using his ability to jump short, Ezreal can close the gap or escape if necessary. Released in March 2010, he was the first champion to be given a champion spotlight video explaining his skills and play style. With over 1.5 million plays a month on average, Ezreal is one of the top 4 carries of the game. 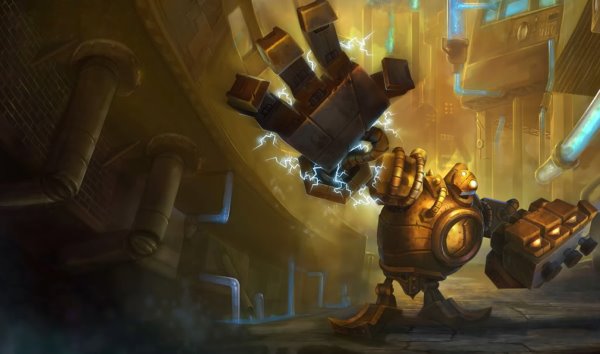 The first support character on our list, Blitzcrank is one champion who doesn’t rely on items for optimized gameplay. Known for his infamous hook, Blitzcrank can pull players across the lane before knocking them up long enough for his team to engage. This mechanic golem was released back in September 2009, one of the first few champions released in the first year of the game. Played on average 1.7 million times a month, he is the second most popular support champion. Relying on his skill shot to be useful, this guy isn’t the easiest to play – but if played well he can turn the tide of the lane. 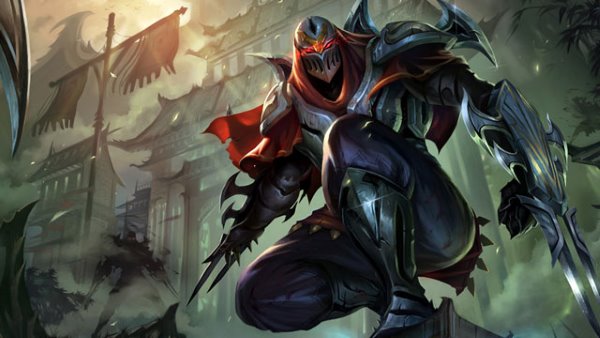 Zed is the first ninja in 200 years to unlock the ancient, forbidden ways. He defied his clan and master, casting off the balance and discipline that had shackled him all his life. As an assassin, Zed deals quick bursts of high damage before retreating into the shadows. He is one of the more recent champions, released in November 2012. Zed has a short attack range and is very squishy, but when played right he can annihilate anyone caught unaware. The first middle laner on our list, he is chosen 1.75 million times a month 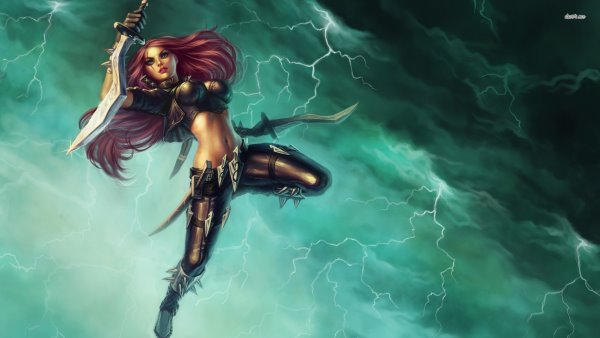 The only other middle lane champion to make the list, Katarina has a very similar play style to Zed. She can use her skills to jump onto a target and lay waste to everyone in the area before jumping back out again. What makes Katarina so potent is her unique passive – when she kills a champion her ability cooldowns reset. As one of the more powerful champions on the roster she is often the target in team fights and, with roughly 1.8 million plays, she is one of the more popular assassins to play as. 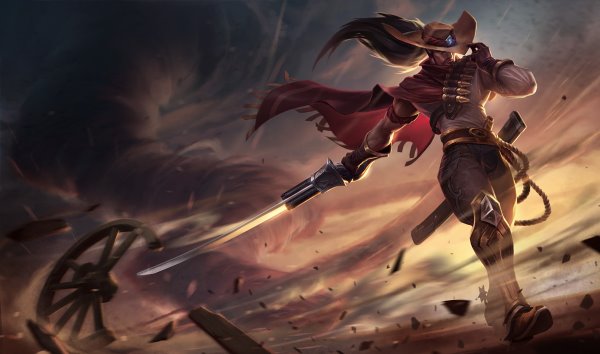 After being wrongfully accused of murdering his own sword master, Yasuo set out on a mission to find the real killer. Relying heavily on items to deal massive crits to enemy teams, Yasuo hits hard. Dashing from target to target this assassin pairs well with other champions who have knock ups. With an extremely high difficulty cap, he is usually reserved for those who really know how to play him. Often seen punishing the enemies in professional matches, syncing his skills in game isn’t always as easy as they make it look, but that hasn’t stopped Yasuo from being picked 1.9 million times on average a month. 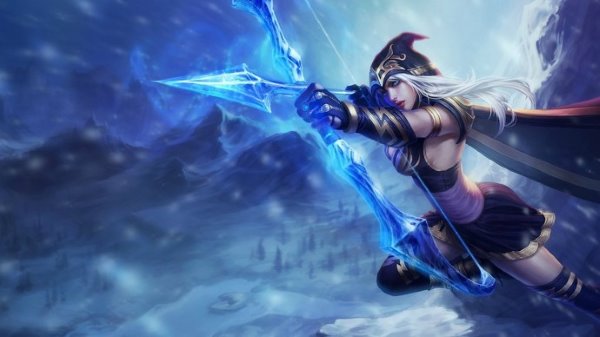 One of the launch champions from way back in 2009, Ashe has seen her abilities reworked after 6 years of gameplay. Though she is an oldie, she is still one of the favourites being picked with 1.86 million plays a month. As an attack damage carry she should be found in the bottom lane under the protection of a support player. With frost arrows that slow enemies and a large global ultimate ability which can fire a giant frozen arrow across the map, the once Queen of the Freljord can be a tough champion to escape. 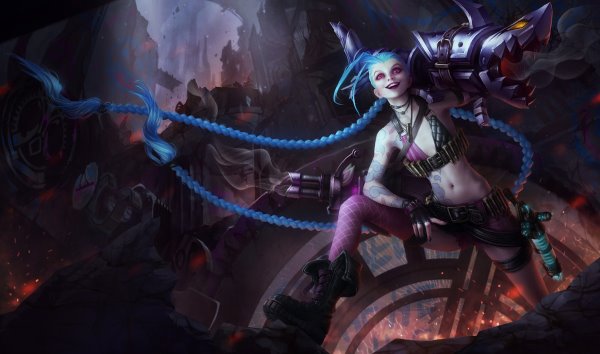 Jinx lives to wreak havoc without a thought for consequence, leaving a trail of mayhem and panic in her wake. With her short burst damage and her long ranged missiles, it’s no wonder 2.01 million people choose to play her each month. Another attack damage carry in the bottom lane, Jinx has the ability to stick to her targets, attacking with speed and critical damage.The priority in most team fights, Jinx must be shut down before she gets on a killing spree and becomes too powerful to stop. 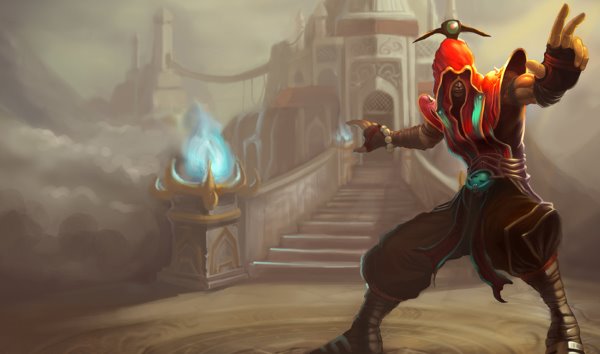 The only jungle/tank champion on our list, Lee Sin is often found levelling up in the jungle of summoner’s rift. Here he gets experience and different buffs from neutral monsters before heading into lanes to help kill unsuspecting enemies. Leaping in and out of battle with his abilities, this blind monk has the potential to become very tanky and take a lot of hits. Popular amongst pros, on average 2.1 million people follow in their footsteps and choose this champion each month. 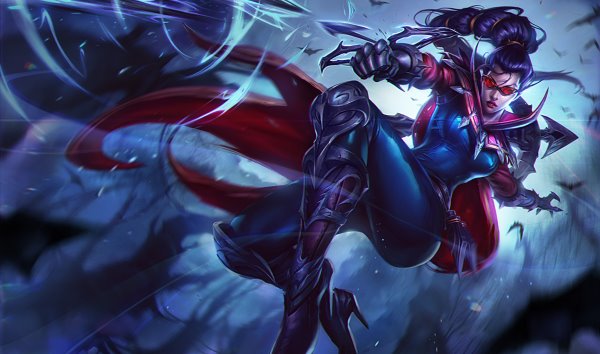 Yet another attack damage carry, Vayne is played in the bottom lane under the protection of a support. Very fragile to begin with, she is heavily reliant on items to increase her damage. However, her tumble ability makes her one of the more mobile champions. With punishing strikes and powerful knockbacks to push enemies into terrain and stun them, Vayne can lock down and quickly kill off guard opponents. 2.3 million people on average choose the Night Hunter to lead their team to victory. 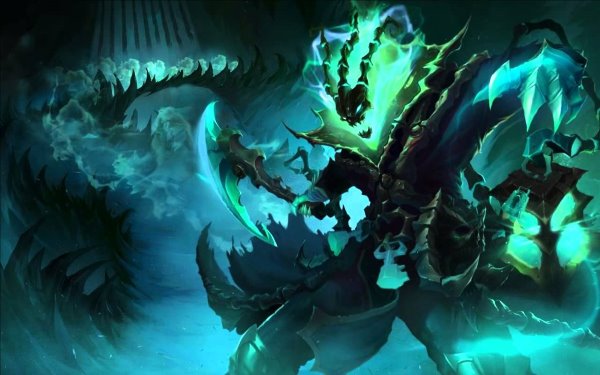 Surprisingly, our number one pick is a support character. Thresh, The Chain Warden, is a ranged support whose CC abilities make him a threatening lane presence with a hook similar to Blitzcrank. His lantern can be used in very creative ways from simply shielding your teammates to throwing it over a jungle wall and allowing an instant gank from the jungler, whilst his passive makes him very tanky late game. 2.9 million players choose this guy on average a month, making him the clear winner of our list. With one of the highest pick/ban stats in the professional scene, it’s no wonder he has become so popular in the 2 years since his release.