There are no fewer than 195 countries around the world. Some of them are unprecedented in size, but there are also countless small countries. These countries are all smaller than 400 square kilometers. Are you curious about which countries have this tiny size? Read the top 10 smallest countries in the world. 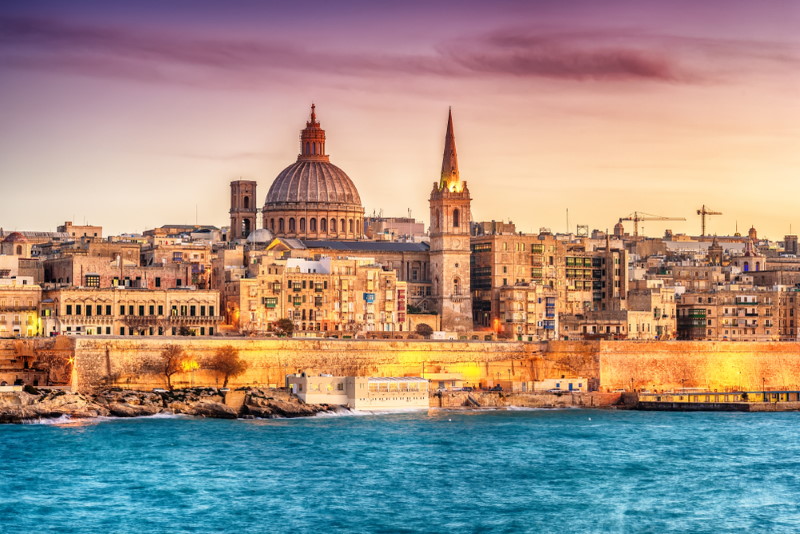 Malta is an archipelago of three inhabited islands, and several other smaller islands, which played a crucial role in the struggle for control of the Mediterranean during the Second World War, but which for thousands of years before that had been an important naval base for civilisations including the Phoenicians and the Romans. The main island has many inlets which are natural harbours, and these, together with its position in the centre of the Mediterranean sea lanes, have contributed to its strategic importance. The population is around half a million, and with only 122 square miles of land area this is one of the world’s most densely populated countries. Malta was a British colony until 1964, and still retains many reminders of British rule, including driving on the left. Tourism is important to the islands, which offer a pleasant climate, abundant history and archaeology, and opportunities for diving in warm clear water. 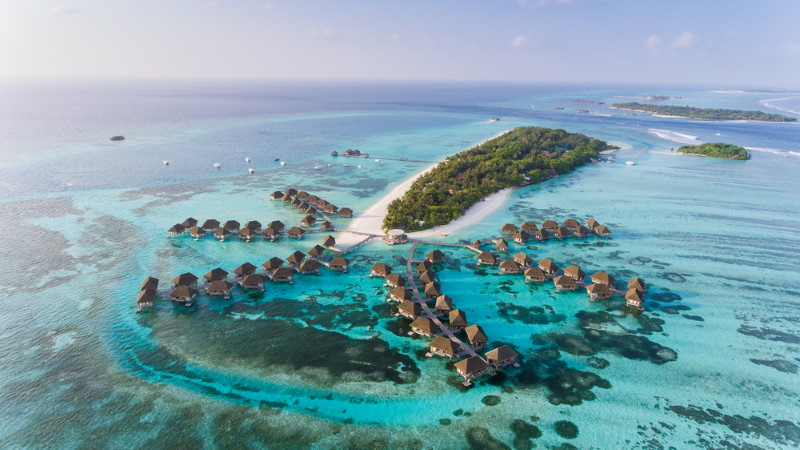 This country in the Indian Ocean, composed of an archipelago of over 1,000 islands, is the world’ s lowest state, being at no point higher than 2.5 metres. It’s also one of the world’s most dispersed countries, as the total land area of 298 square kilometres is spread over an area of ocean over 90,000 square kilometres in size. Formerly a British protectorate, in 1965 the Maldives became an independent republic. With a wonderful climate and beautiful beaches, the country has developed its tourist industry, which together with fishing is its chief source of revenue. However, the country suffered severe economic damage in the tsunami of 2004, which devastated many of the islands. This is one of the countries which has most to fear from inundation caused by rising sea levels, as well as environmental damage to the coral reefs which are its main protection.

Saint Christopher (usually called St. Kitts) and Nevis are two Caribbean islands of volcanic origin, which together make up the smallest independent state in the Americas, in terms both of area and population. They are separated by a sea channel less than three miles wide. St. Kitts was the first Caribbean island to be settled by Europeans, having French and British colonies in the early sixteenth century. The first inhabitants, who were native Americans, had arrived five thousand years earlier. Nowadays this is an independent nation which is part of the British Commonwealth and has Queen Elizabeth II as Head of State. Formerly dependent mostly on sugar growing, today St. Kitts and Nevis relies heavily on its rapidly-growing tourism industry, receiving over half a million visitors every year. 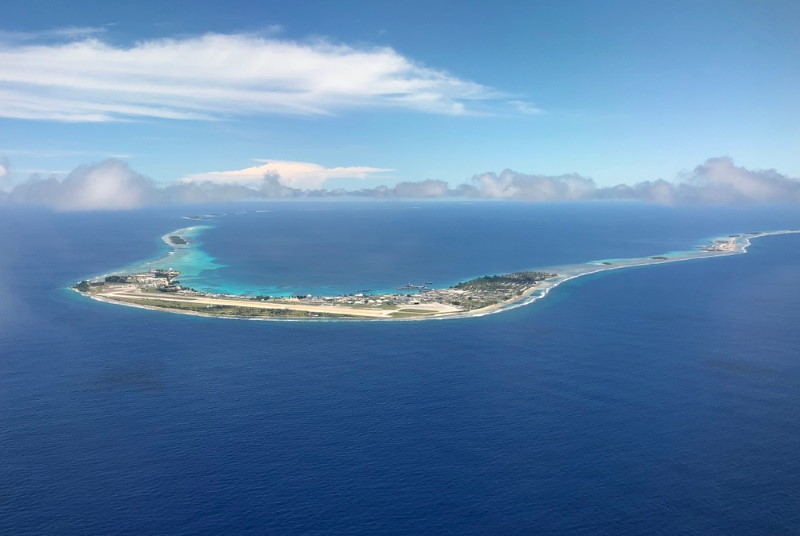 Located in the North Pacific, this group of islands has a population of 68,000 and a total land area of 70 square miles. The people are Micronesian, but from the 16th century onwards the islands were governed by a succession of European countries, before being invaded by Japan during the First World War, and then coming under League of Nations protection under the South Pacific Mandate. After World War II the United States of America governed th Marshall Islands, and before independence was finally achieved in 1979, the islands were used as a nuclear test site for a total of 67 explosions. Nuclear contamination remains an urgent political issue, as does the potential damage resulting from rising sea levels caused by climate change. The country suffered serious storm damage in 2008. Tuna fishing is the country’s main source of revenue apart from foreign aid. 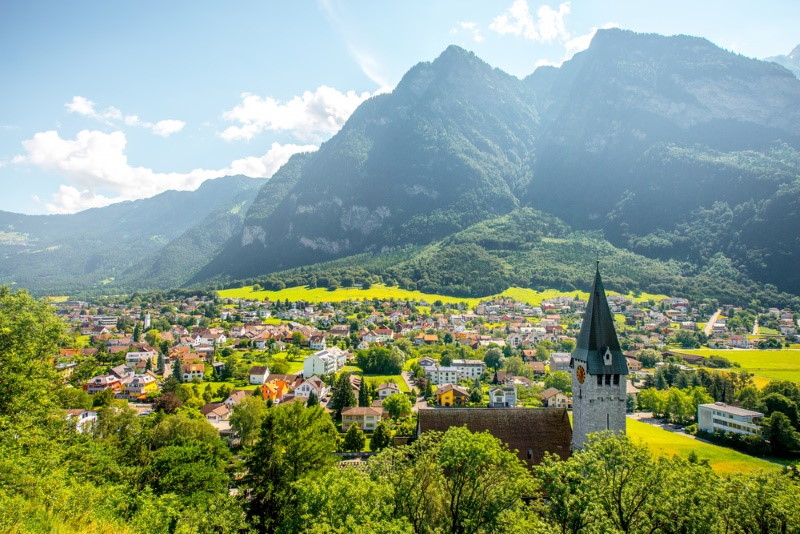 This German-speaking principality in the Alps has been an independent state since the Middle Ages. It has borders with Switzerland and Austria. It is doubly land-locked, which means that it is impossible to reach the sea from its borders without passing through at least two other countries. It is one of the richest countries in the world, deriving much of its income from banking, as a consequence of its status as a tax haven. Registered companies in this country outnumber the citizens. Liechtenstein also has a well-developed tourist industry, based on its picturesque scenery and monuments, and its good skiing facilities. Winter sports are popular amongst the citizens, and account for most of the country’s international sporting success. 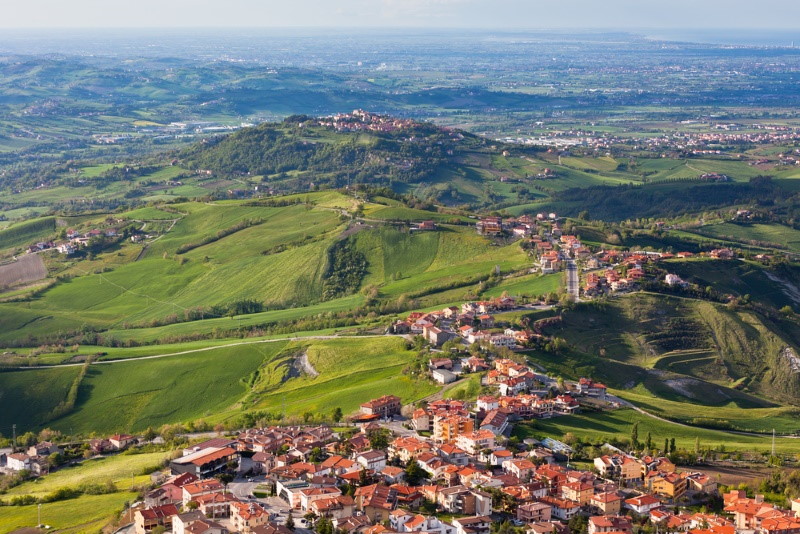 Like Vatican City, San Marino is a tiny state surrounded entirely by Italy. It lies in hilly terrain in the northern part of Italy, about seven miles inland from Rimini on the coast. San Marino claims to be the world’s oldest sovereign state, tracing its origins from the year 301. It maintained neutrality during both world wars, and in the 1939-1945 war provided a haven for over ten times its normal population, taking in Jewish and political refugees from Italy. It shares its currency with Italy, and San Marino euro coins are sought after by collectors, as are its postage stamps. It exports wine and ceramics, and also derives revenue from banking and tourism. San Marino has a national football team, which unsurprisingly does not have a great record of success in international competition, although in 1993 the team won its place in history by scoring against England 8.3 seconds after the start of the game, which remains a World Cup record. 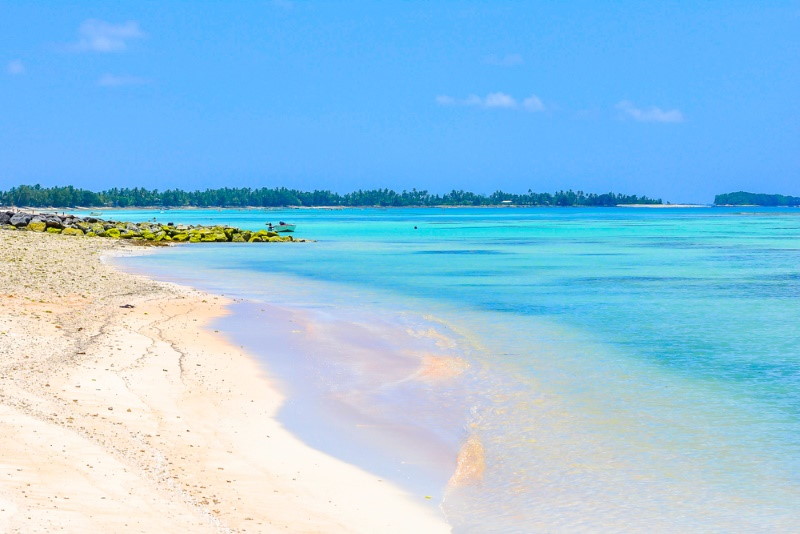 There are nine islands in the state of Tuvalu, which lies in the South Pacific to the east of Papua New Guinea. None of the land is more than a few feet above sea level, and this is one of the countries that will be hardest hit if global warming results in a rise in sea levels. Life on the islands is hard, as they lack many natural resources including fresh water, which has to be collected from rainfall. The inhabitants have developed a number of ingenious ways to make a living, including the sale of their internet suffix ‘tv’ to a Californian television company, which brings them an income of several million dollars every year. The islanders also grow coconut palms and export copra, which is the dried pulp of coconuts. 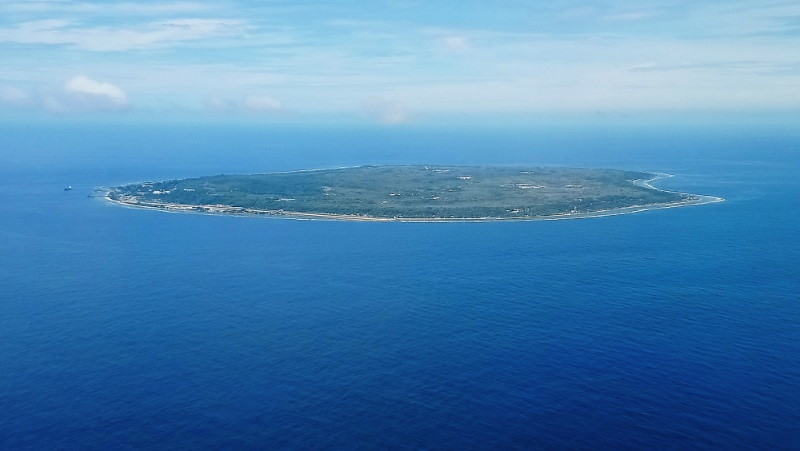 The tiny island of Nauru was first inhabited by Polynesians, who are believed to have arrived by canoe many thousands of years ago. The first European to visit the island was the British seafarer John Fearn, who named it “Pleasant Island”. In 1888 the island was annexed by Germany, and it was a German colony until the First World War, when it was invaded by Australian troops. The island became self- governing in 1966. Until recently the economy of Nauru depended heavily on phosphate mining, but the phosphate reserves are now mostly exhausted, and the unemployment rate amongst the island’s population (which numbers less than 10,000) is around 90 per cent. An Australian detention centre for illegal migrants has been an alternative source of revenue, and the island has also sought to establish off-shore tax haven status to bring in foreign investors. 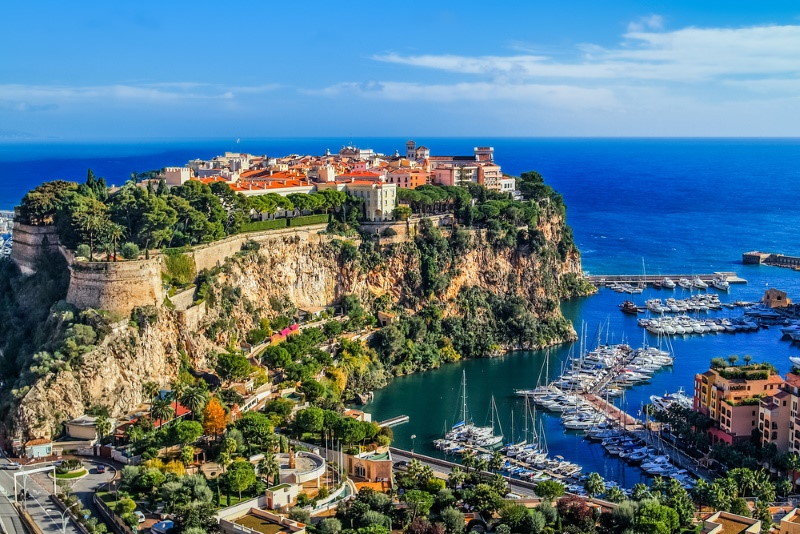 This Mediterranean city-state is bounded on three sides by France, and by the sea on the fourth. It is unique amongst the countries of the world in having gained an extra 20 per cent in area by reclaiming land from the sea, but is still less than a square mile in area. It is the most densely populated country on earth, and also has the highest average income and per capita wealth. Its official unemployment rate is zero. It is ruled by Prince Albert II, a member of the Grimaldi family, which has held power here (with a few interruptions) since the thirteenth century. For many years it has been a popular tax haven, and its liberal gambling laws have made the casino in Monte Carlo a popular destination for wealthy tourists. The Monaco Grand Prix, established in 1929, is the only Formula 1 Grand Prix event to be held on city streets. 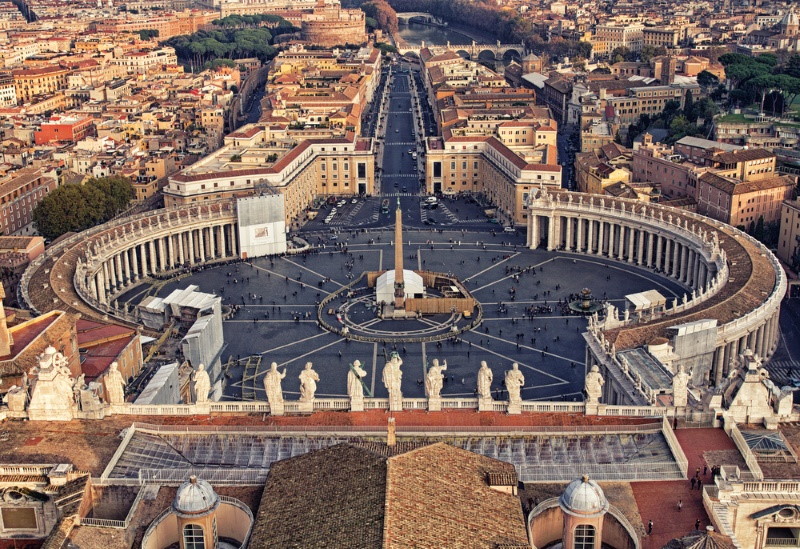 The smallest independent state in the world, both by area and population, the Vatican is a walled area located entirely within the boundaries of the city of Rome. It has a population of about 840 and a total area of around 44 acres, some of which is taken up by St. Peter’s Basilica, and over half by the Vatican Gardens. The resident population is made up almost entirely of clergy and the Swiss Guard, the Pope’s personal bodyguard; most of the people who work in the Vatican live outside its boundaries. There is no industry or agriculture in this state, and its revenues come mainly from the sale of souvenirs and postage stamps, and the admission charges paid by tourists. The head of state is the Pope, according to the constitution, which was established by the Lateran Treaty in 1929.