The video game industry has one hell of a hype machine. Developers and studios are never reluctant about promising the earth when it comes to their upcoming games. From impossibly realistic graphics to revolutionary gameplay, gamers usually know when they’re being sold hot air at industry events or from early gameplay demos. Still, this never seems to stop the industry from trying its luck – even if that inevitably means bitterly disappointing gamers and receiving pisspoor reviews. 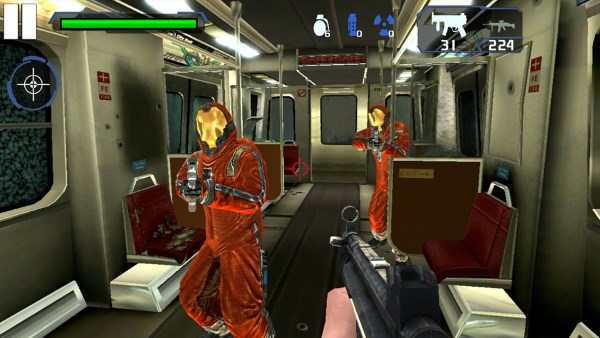 Many gamers didn’t take the Wii seriously and regarded Nintendo’s next gen attempt to be a glorified toy aimed at the ‘casual’ market. Sure, it had its standout games like Mario Kart, Super Mario Galaxy and Super Smash Brawl, but the Wii’s catalogue was filled with shovelware and novelty motion-controlled titles. The Conduit was was an FPS which promised to be something different. Hands-on gameplay at E3 2008 wowed reporters who enthusiastically praised developer High Voltage for contributing to a genre which was sorely underrepresented on the Wii and would push the console’s hardware to its limits. However, when the Conduit was released 1 year later, gamers were completely underwhelmed by the generic sci-fi setting, poor controls and graphics which looked nowhere near as good as rival shooters on the 360 and PS3.

Techland scored some amazing buzz for their upcoming zombie survival FPS/RPG Dead Island before they’d even shown any footage from their game. An emotive three minute pre-rendered announcement trailer which showed a vacationing family being attacked by zombies gained considerable interest and controversy (the opening shot was of a little girl lying dead on the ground and ‘falling’ in reverse up towards a window) and the game jumped to the top of many gamer’s wishlists. Although it seemed like Dead Island could be a fresh entry in the zombie genre, the finished product didn’t really live up to the expectations set by the cinematic trailer and the result was an uninteresting blend of Borderlands, Dead Rising and Left 4 Dead.

Fable is a contentious series amongst gamers. Many still struggle to appreciate its contribution to the RPG (or ARPG) genre without having flashbacks to what was originally promised from the game. Peter Molyneux – the industry’s answer to PT Barnum – promised that Fable would have innovative features such as the ability to marry and have children, dynamic appearance changes and even the opportunity to watch the world literally develop around you (one broken promise that gamers will never forget is that Molyneux said you could watch a tree grow from a simple acorn), etc. While it’s easy to simply say forgive and forget, Molyneux set an extremely high bar prior to Fable’s release and it was just too hard to ignore the expectations.

Gameplay footage of Brütal Legend teased a crazy action adventure which took place in a fictional world that looked like an Iron Maiden album cover come to life. The game not only oozed heavy metal from its pores but it also promised to have a wicked sense of humour courtesy of writer Tim Schafer and an all-star rock cast which included Jack Black, Ozzy Osbourne and Lemmy Kilmister. The problem was that early trailers focused on the hack ‘n’ slash combat but in reality Brütal Legend took a pretty blatant left turn into RTS territory after just a few hours of gameplay. This sudden mish mash of genres was surprising (the RTS elements weren’t advertised at all prior to the game’s release) and it was difficult controlling units and targeting enemies with a console controller while in the middle of a frantic battle. Many felt cheated that this wasn’t the game that they were expecting and that Brütal Legend would have been better off with just a focus on hack ‘n’ slash mechanics. Still, at least the heavy metal soundtrack was good. 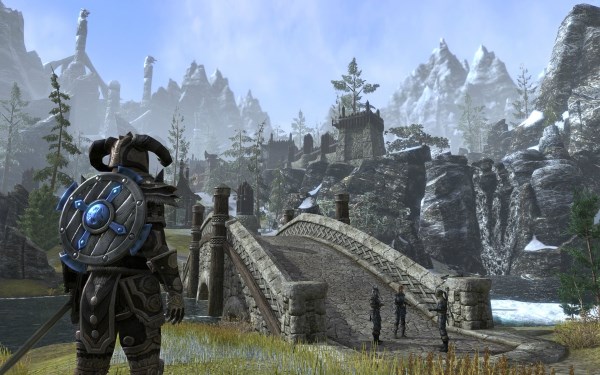 Gaming journalists are forever describing any half-promising MMORPG in development as a‘ potential WOW killer’. The truth is that nothing has really come close to touching Blizzard’s golden goose because the genre is notoriously difficult to get right and it’s even harder to keep gamers interested if the game has a shaky launch or too little content. Elder Scrolls Online had some good things going for it. The series was already beloved by gamers and many hoped that the immersive sandbox of Skyrim’s fantasy world could survive the leap to multiplayer. However, despite its best efforts developer ZeniMax just couldn’t hide the fact that this was another themepark MMO. Those who are heavily invested in Elder Scrolls lore will find plenty to enjoy, but the buggy launch and high subscription prices just weren’t enough to keep most players playing through yet another MMORPG which didn’t change the landscape. 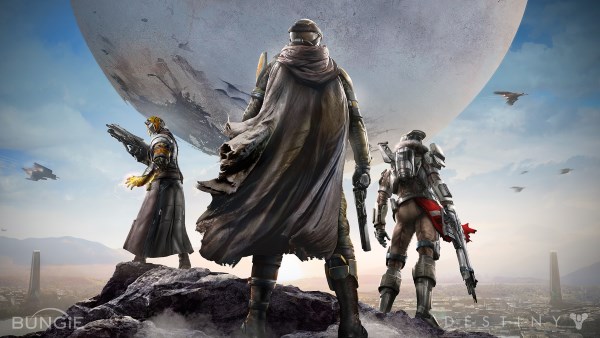 2014 was the year for overhyped AAA titles. Assassin’s Creed Unity, Titanfall, Thief and Watch Dogs all managed to disappoint players in one way or another, but the most unsatisfying title of the year had to be Destiny. Following Halo was never going to be an easy feat for Bungie but their new IP promised to draw the best parts from FPS, RPG and MMO genres into one all-new space sci-fi series. Many expected the in-game universe to rival Halo’s immersive storytelling and the developers even remarked that they had a ten year plan in mind for the series.
It was undeniably ambitious stuff, yet none of this ambition was really seen in the game itself. Destiny ended up being another genre hybrid which didn’t learn from the mistakes of other games that had come before it and players were quick to criticise its unbalanced PVP, weak story and repetitive gameplay. This was one AAA title which had the pedigree to be much more memorable that it actually was. 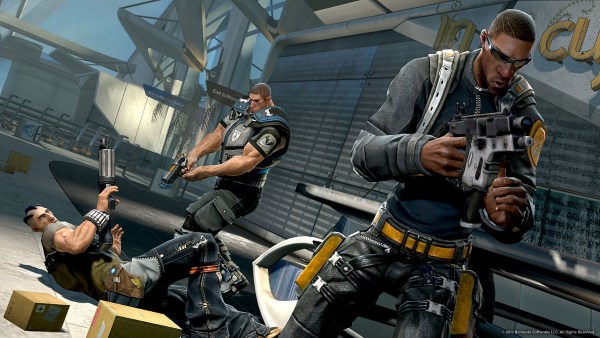 The FPS genre has always relied on the same run-shoot-cover-shoot formula (sometimes without the cover), so gamers are naturally interested when a new game looks set to shake things up a bit. Brink was hyped for its parkour-inspired movement system and different character classes which could change the approach players took to its objective-based gameplay. Sadly, Brink not only had a truly terrible launch courtesy of some terrible optimisation and bugs, but its unique selling points – the parkour and the class-based choices – were completely negated by the game’s implementation, especially when some of the level design on the maps had choke points which completely stagnated combat. The appeal of Brink quickly wore off and the game’s user base dwindled rapidly after launch.

When a game has the tagline “John Romero’s about to make you his bitch” you better make sure that the finished product stands up to the hype. Daikatana’s aggressive advertising campaign made it seem that the mastermind behind Doom and Quake was going to deliver an all-new revolutionary gaming experience. When it was finally released in 2000 (a release date which had been pushed way back from a planned Christmas 1997 release), reviewers slammed the shooter for its outdated graphics, underwhelming gameplay and poor sidekick AI. Daikatana was one of the most notorious commercial failures in gaming history and Romero was forced to eat humble pie for his embarrassing pre-release trash talking. 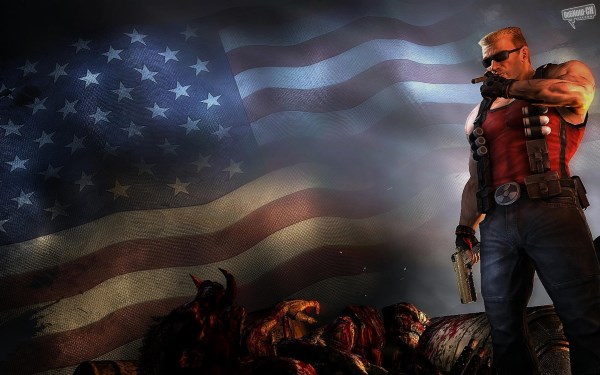 Let’s face it; nothing short of a miracle could have lived up to the expectations of gamers who had waited a staggering 12 years for Duke Nukem Forever. The game had gone through so many different iterations and engine changes that many doubted it would ever see the light of day, but new life was sparked into the franchise when Gearbox Software announced that they were developing the long-awaited sequel in 2010. Could one of video games most iconic characters still kick ass and chew bubblegum? No. Duke Nukem Forever was a completely generic, uninspired FPS which wasn’t even remotely enjoyable. The game had all the worst elements of the FPS genre – boring bland environments, repetitive gameplay and a completely forgettable story- and Duke felt like an embarrassing relic from a bygone age. 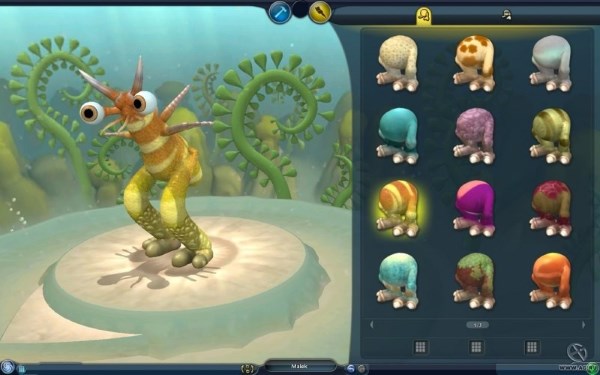 Even Peter Molyneux’s showboating can’t rival the disappointment gamers felt when Spore was released. The concept gameplay shown off by Maxis at GDCE in 2005 was hugely ambitious and teased a gaming experience totally unlike anything else. Gamers could design and genetically engineer their very own species and guide it through different phases. Starting from cellular life, they could evolve into intelligent, tribal creatures and then progress all the way to space exploration. The actual game looked nothing like what was originally promised. Each of the five phases barely had any content and they felt more like minigames rather than true evolution in action. The gameplay was simplistic and easy and its only redeeming feature was the creation tool. But most players used that to craft cartoonish creatures and phallic-looking abominations rather than the scientific, biological creations it was supposed to be capable of. Lead developer Wil Wright eventually admitted that Maxis had made the deliberate decision to target Spore at casual gamers in an effort to try and get the sales and mass appeal of The Sims. Although it did sell well, gamers will never forget its disappointing legacy.