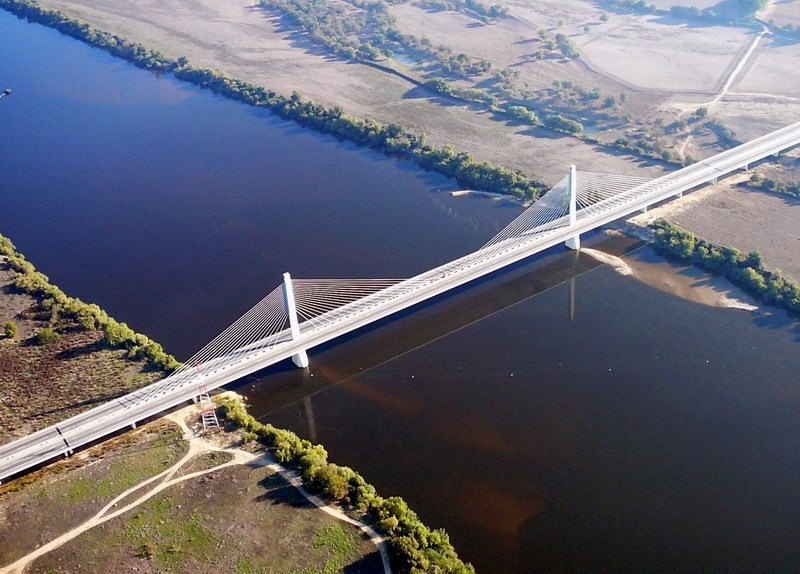 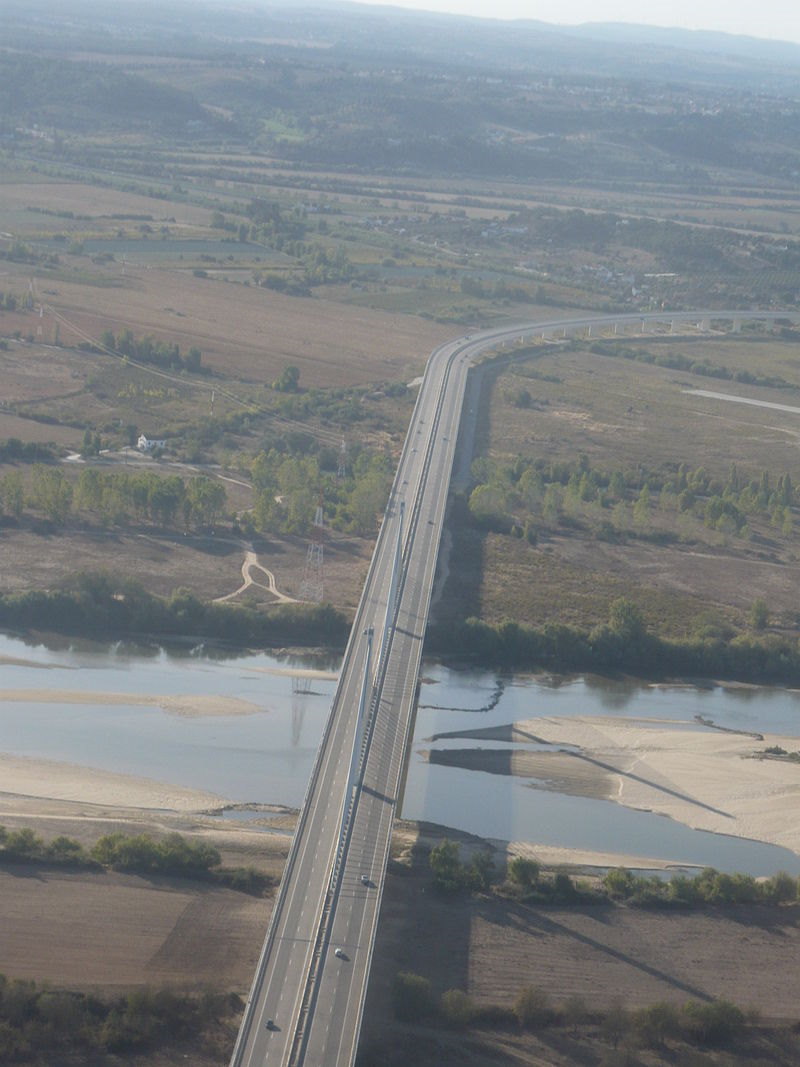 This bridge is built to take motorists from one side of the Tagus river to the other. This river is incredibly wide, which meant that an enormously long bridge was needed (but a large part of the bridge is also a viaduct). The name of the bridge is due to a former commander of the Portuguese army: Fernando José Salgueiro Maia. Driving over the bridge in the night is no fun. There is no lighting installed because there is an airport nearby. 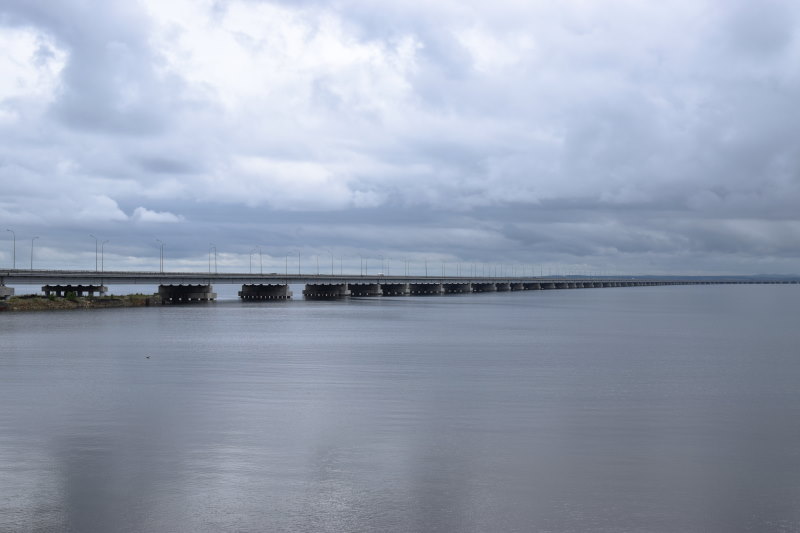 The name says it all: this bridge spans the bay of a river called the Amur. The bridge is located in the far east of Russia, but is still officially in Europe. It is a relatively modern bridge, it was built between 2009 and 2012. At the opening, he immediately belonged to the longest bridges in all of Russia. 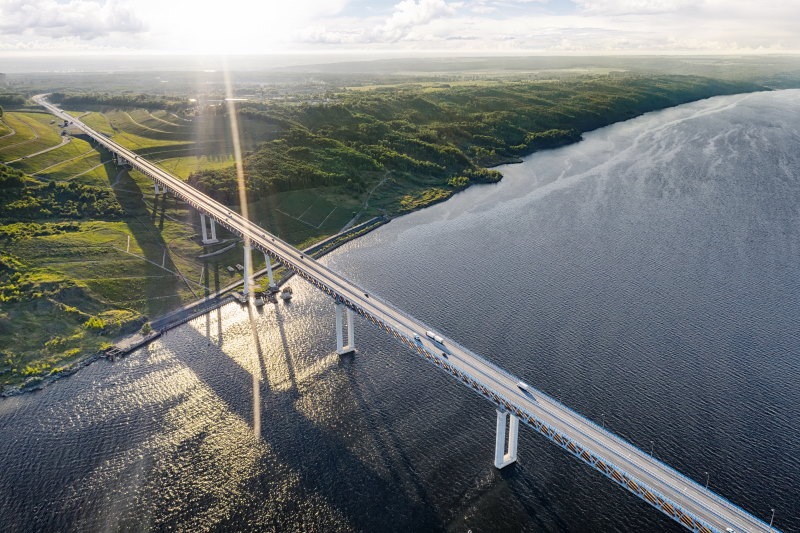 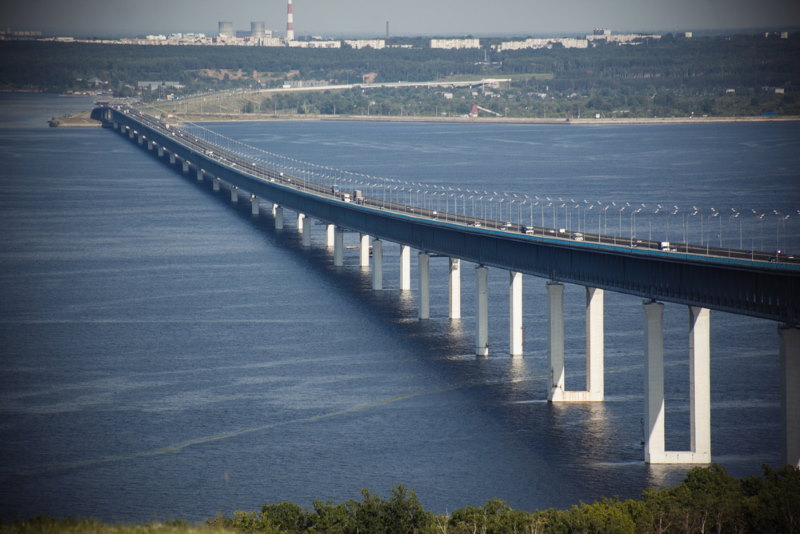 When the old Ulyanovsk Bridge was no longer strong enough to handle the growing volume of traffic, the Russians decided to build a brand new bridge. That became the President Bridge, with a length of more than five kilometers. It was not an easy job, because the construction lasted no less than 23 years. This was mainly due to economic and political problems in the country. Today it is one of the most impressive pieces of construction that Russia has delivered. 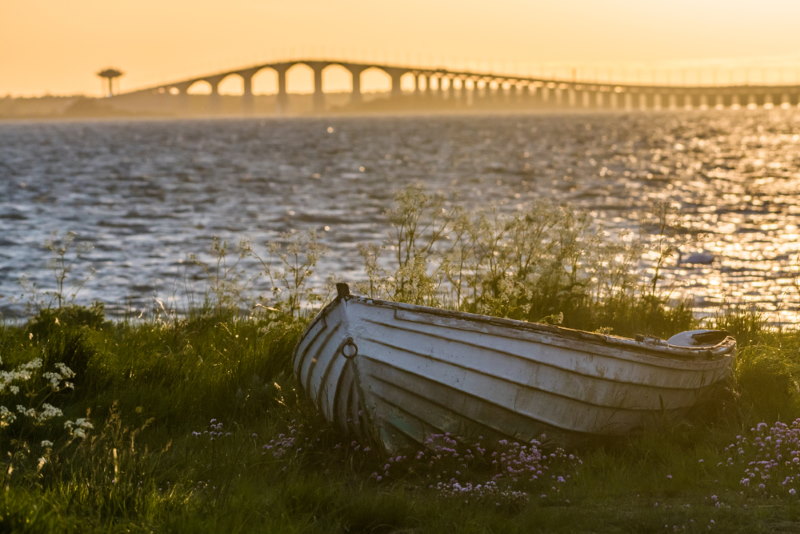 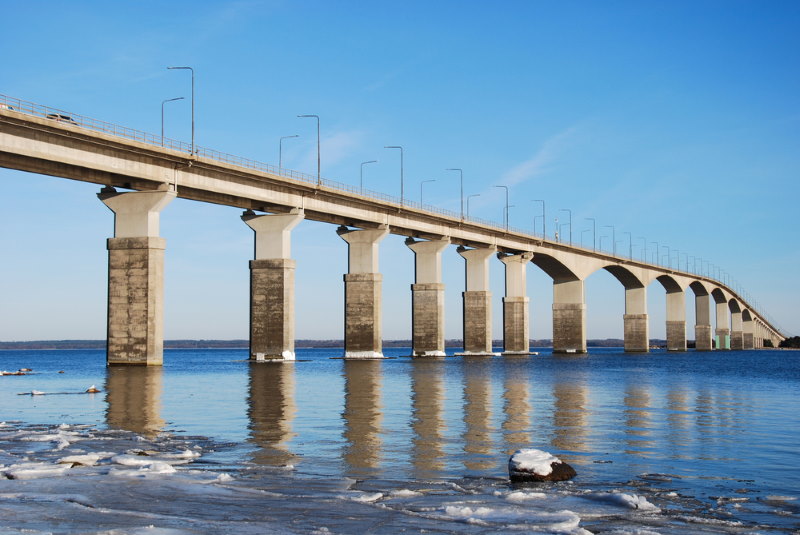 Sweden is a country with a lot of water and numerous islands. It is therefore not surprising that you will find a number of exceptionally long bridges in this country. The Öland Bridge is more than six kilometers long and goes from Kalmar to Färjestaden. When you drive over the bridge, you notice that it is not a flat ride. The center of the bridge is in fact a high point, so that there is enough space to allow cargo ships to pass under the bridge. 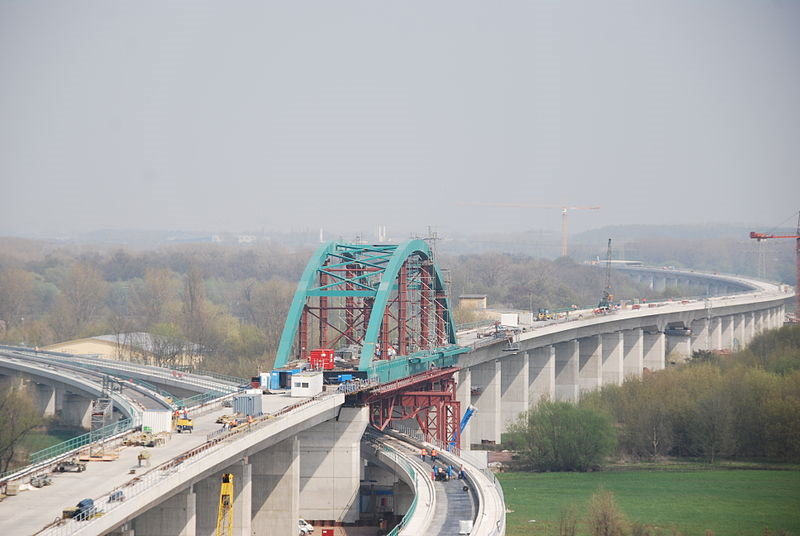 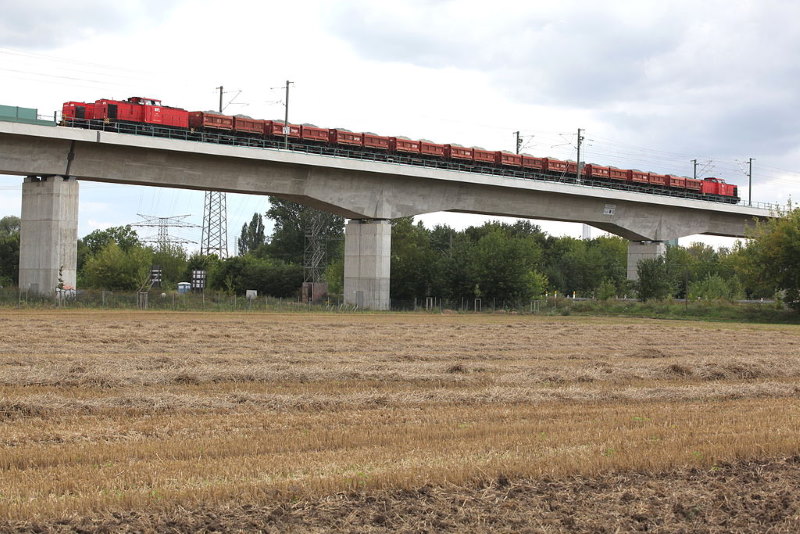 This bridge in Germany is almost entirely made of brick and is also one of the busiest railway crossings in the country. The bridge is also used by cars and has a rich history. He was damaged during the Second World War, after which the Germans completely restored it. From 1946, motorists were again able to make full use of this special transition. 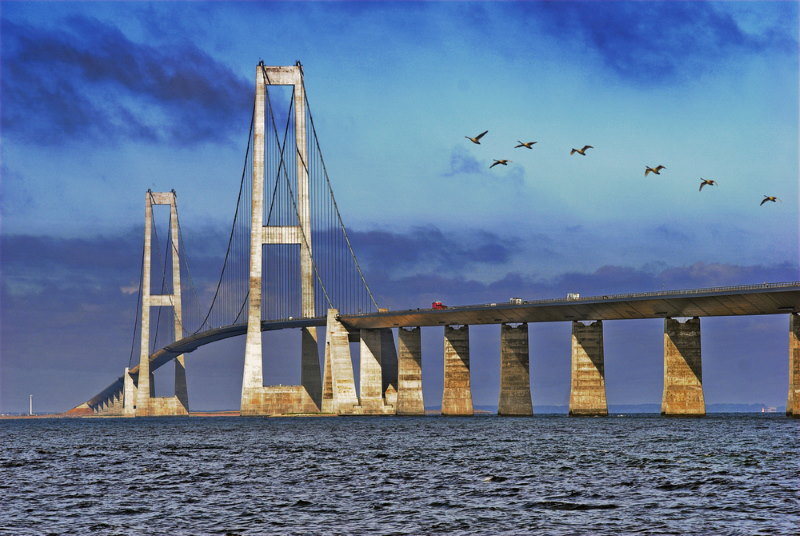 The Danish islands of Funen and Zealand are connected thanks to the Great Belt Bridge. This is an impressive suspension bridge that opened in 1998. As a result, motorists no longer had to travel with the old ferry across the water. The bridge is also used by train traffic. 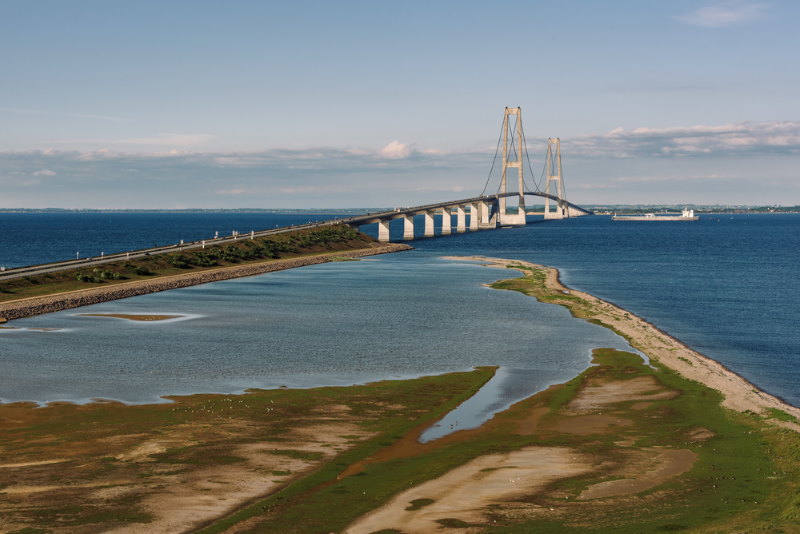 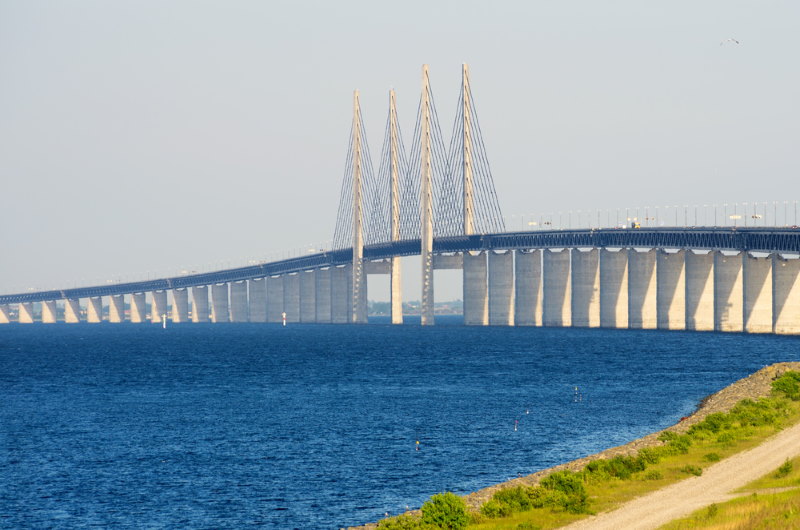 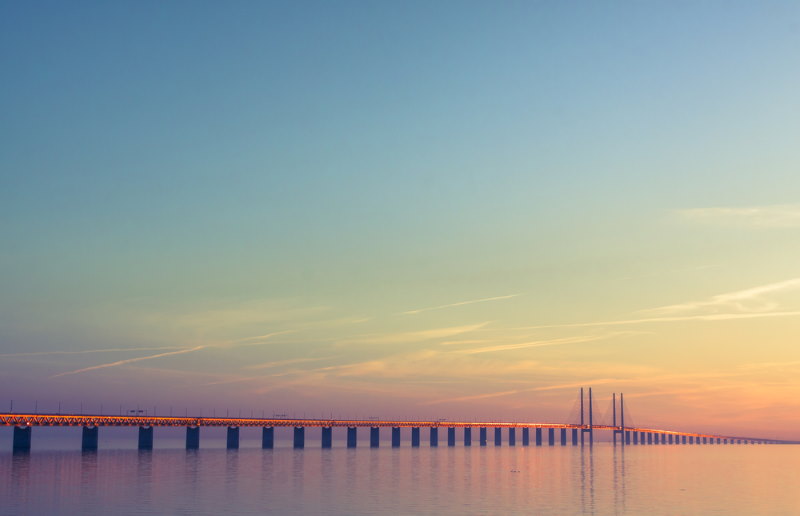 What do you do when you want to drive from Denmark to Sweden? Then of course you travel via an endless bridge. The Oresund Bridge crosses the Oresond strait, connecting two different countries with it. This bridge also plays an important role in a popular series on Netflix: the Bridge. 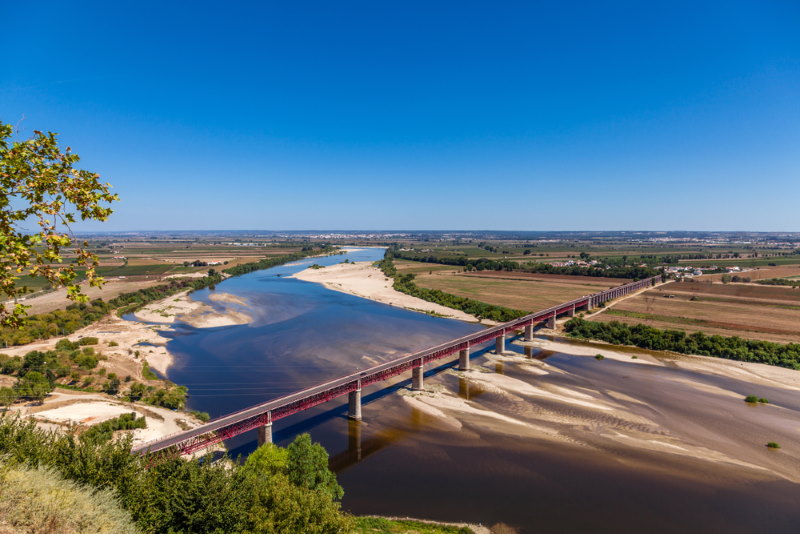 You will find this Portuguese bridge just north-east of Lisbon. It is a fairly modern piece of construction, because the construction started in 2005. In July 2007 the bridge was opened and the Portuguese were able to discover what it is like to cover more than eleven kilometers on a bridge. The central part of the bridge is 972 meters and spans the rivers Tagus and Sorraia. For the rest, the bridge consists of overpasses. 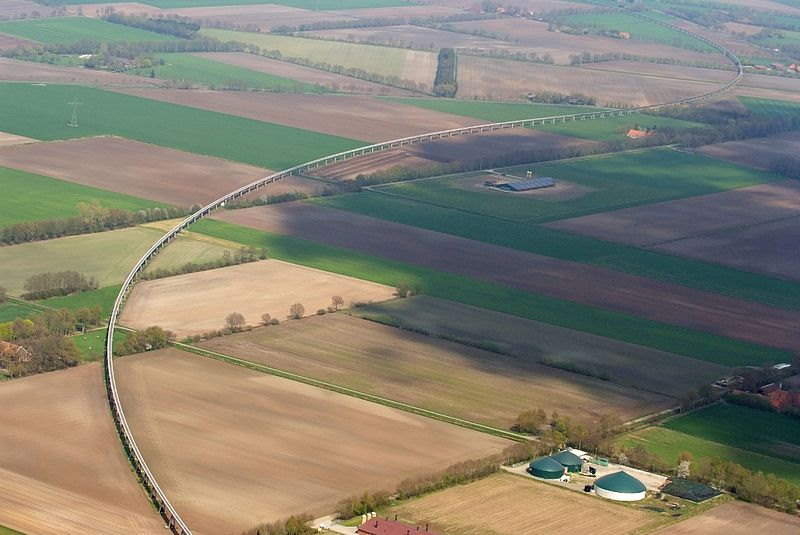 Hard work is being done in the German Emsland region on the development of magnetic glider trains. And this fast trains must of course also be tested. That is why it was decided to build a test trail. This eventually became an impressive bridge with a length of twelve kilometers. The maximum speed of trains can be tested on these kilometers, but also the start and stop times. Until 2006 you could ride as a passenger on one of the trains. In that year a serious accident occurred in which killed 23 people. Since then, it has been decided not to admit passengers. 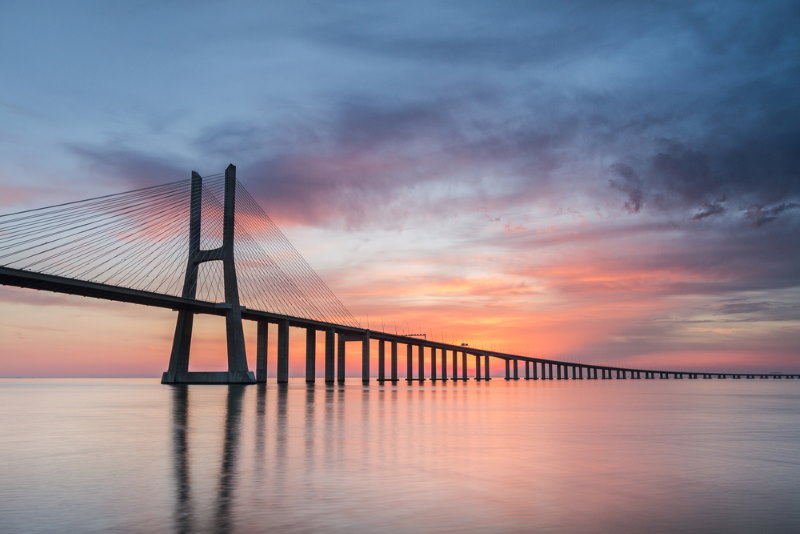 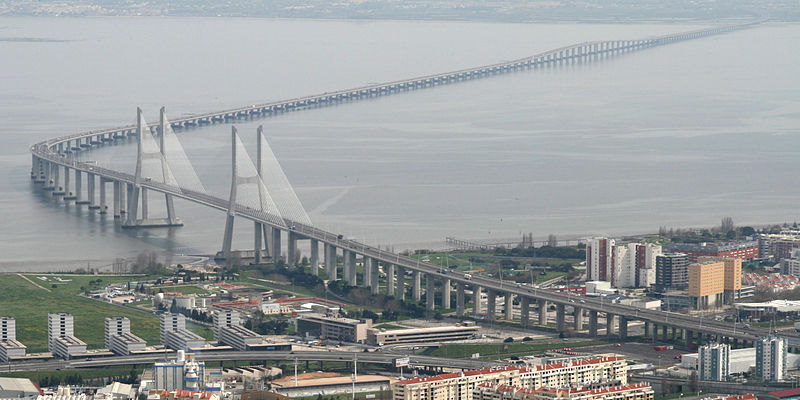 The longest bridge in Europe can be found in Portugal, with an impressive length of more than twelve kilometers. This bridge was mainly built because of the large traffic in and around the city. Experts hoped that this modern bridge would relieve the older bridges of Lisbon. With six lanes and countless driveways, this bridge has indeed become a popular route for the city’s inhabitants.