These marine creatures are possibly one of the most misunderstood animals in the world. They have been declared the world’s ugliest animal – and even that is not a fair assessment! Read on for ten fascinating blobfish facts!

Blobfish is not a nickname, it is the actual legal and scientific name that is used for this type of fish. For the more discerning scientist, there is a Latin name for the blobfish (Psychrolutidae)– and each of the close relatives to our homely looking friend. But all ten species in the family are collectively also known as blobfish!

The photo that made the blobfish famous was taken in an Australian museum and quickly went viral because of the very human look of a lugubrious ugly old man’s face on a fish body. This is actually horrendously unfair: that blobfish was dead and bloated – no wonder he isn’t quite looking his best at the time!

The blobfish is a good name for the beast: it is a fish, and its body is fairly ‘blobby’, consisting of a primarily gelatinous body with very few bones. There is an excellent reason for this, as you will read in the next point. 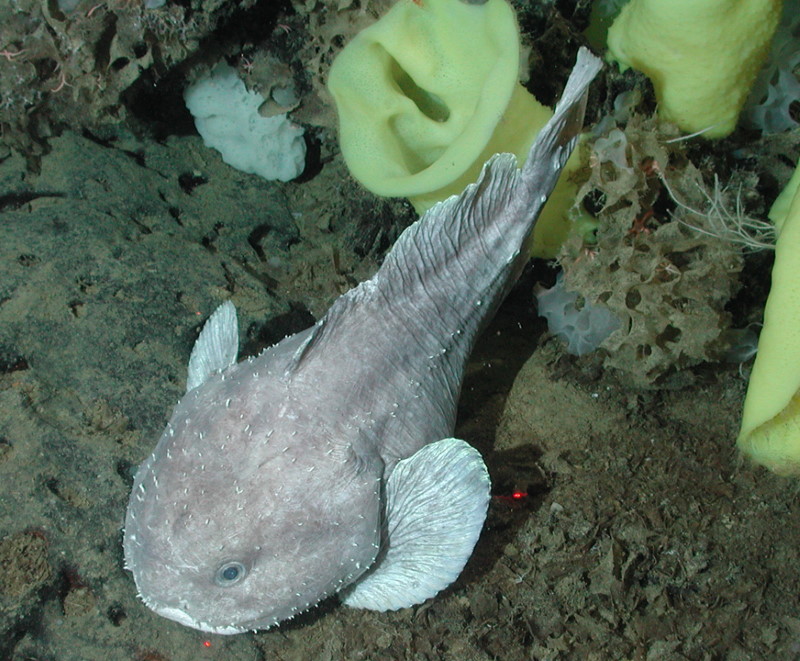 Blobfish normally exist under tremendous water pressure – up to 120 times the pressure we experience on dry land. If humans were put into their environment unprotected, our organs and bodies would instantly be crushed under the weight, distorting our bodies and killing us rather dramatically – explosively, even. This is the reason that our poor blobfish friend has earned his reputation for ugliness: the viral image is of a partially decomposed, semi-exploded blobfish that had been caught in a fishing net (or similar) and dragged up to the surface, causing him to decompress catastrophically – kind of like catapulting a man out into space without the benefit of a space suit or rocket ship to protect him. No wonder he is not looking his best!

6. No Floaties for This Boy

Blobfish are rare in that they are among a small number of fish who do not have a swim bladder. ‘Normal’ fish have these bladders and can inflate or deflate them to stay buoyant in the water, enabling them to swim about and go about their lives. If blobfish had these features, they would form a weak point in the fish’s physiognomy and could potentially collapse under the immense water pressure. Blobfish cope by being a density slightly less than that of water, so they can move relatively easily under the pressure of the water, without sinking down or bobbing up to the surface. 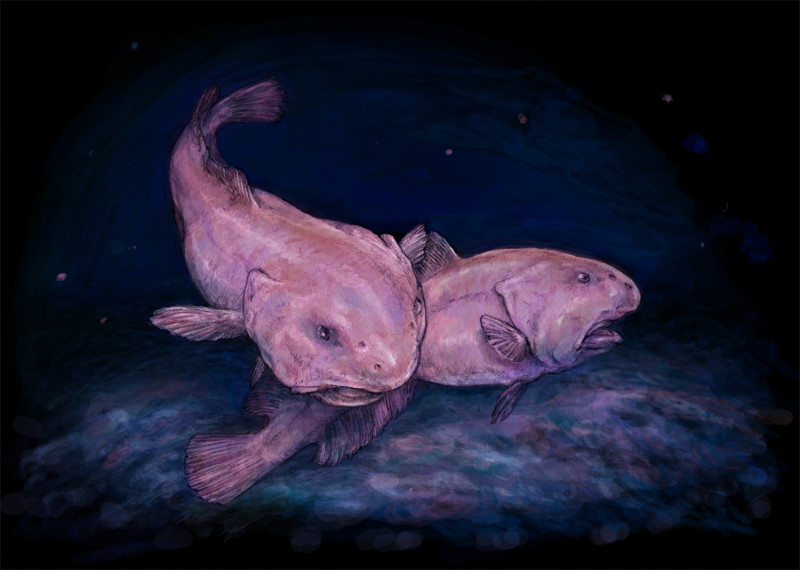 Blobfish – when viewed in their natural habitat which is neither as easy nor as simple as you might think – look a little like oversized tadpoles with faces fairly reminiscent of otters. They can grow up to two foot long, or remain as short as six inches, depending on their lifestyles and their age. It is believed that they can live up to a hundred years old, if life is kind to them. When they are caught in fishing nets (which is the usual way that we get our hands on samples of the fish) they expand as the water pressure is released, and may appear larger in air than they would have done under the water. 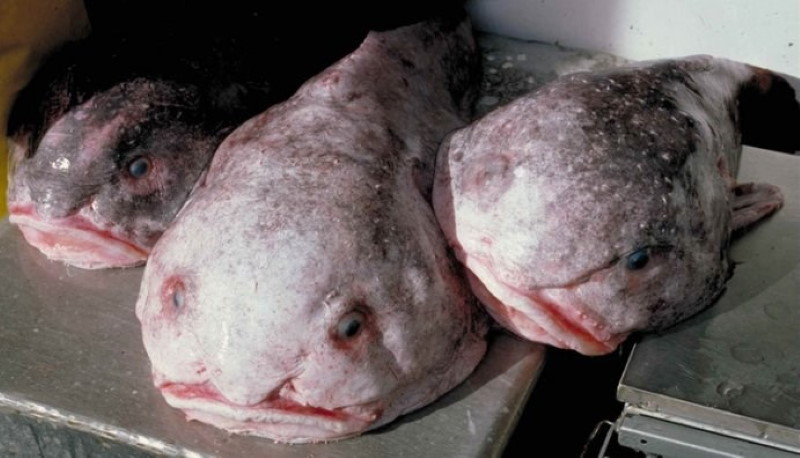 They are said to be critically endangered and that very few are ever seen, but only the last part of that statement is provably true. This is because of the depths at which they live: it is incredibly hard to get men or equipment down to that level to observe the blobfish in its natural habitat. The truth is, we have no idea at all about how many of the funny little fish that there are down there. They are not mentioned on any lists, because they are not categorised at all due to the lack of data available.

Blobfish have no teeth. They eat, it is believed, by sucking in tiny particles that drift by on the ocean floor, but no one is entirely how – or what they do eat, as seen below.

No one has ever seen a blobfish eating. This is not all that surprising considering they live at levels extremely uncomfortable for people to visit, never mind work at, and even equipment designed to be used at depth wears out fairly quickly. It is generally assumed that they eat smaller fish, crabs sea urchins and so on – smaller sea creatures or bits of dead big ones. What is known is that they do not eat a lot and they do not move a lot: few calories out require few calories in, and the depths of the sea are known for being unforgiving and ungenerous when it comes to supplying for the needs of its denizens. 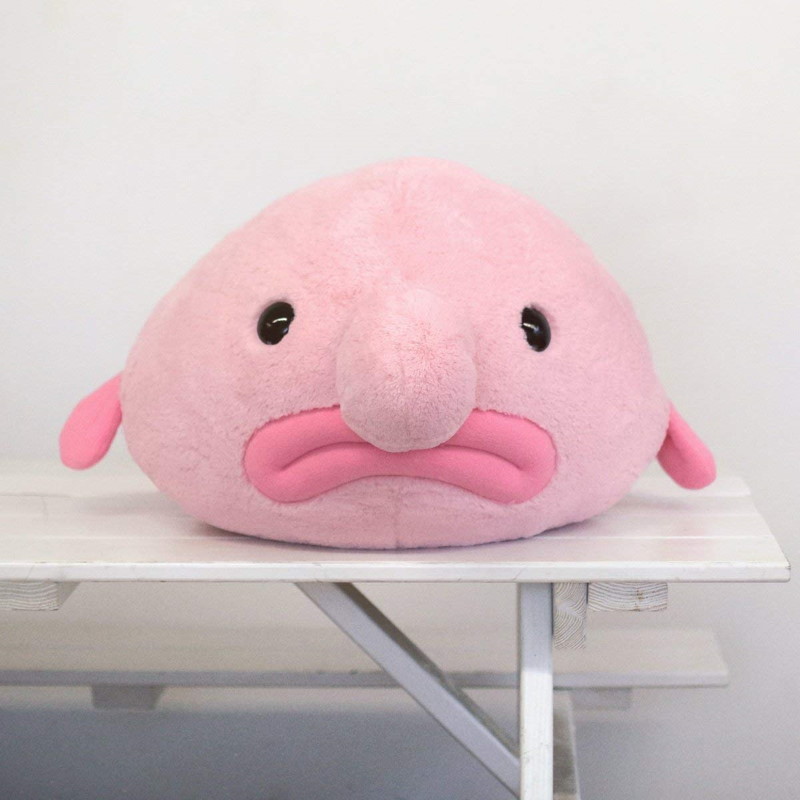 You can buy blobfish plushies. The iconic ‘grumpy old man’ image had been shaped into soft and cuddly toys that have a certain charm to them!

Top 10 Strange Laws That Still Exist Around the World

Top 10 Fish That Can Survive on Land