Uwe Boll has rightfully earned his title as one of the worst filmmakers in cinema history. The German-born writer and director first came to the attention of audiences with his loose adaptations of popular video games, his first being House of the Dead in 2003. Ever the attention seeker and self-publicist, Boll cemented his notorious reputation by openly challenging critics and negative reviewers – literally going into the boxing ring with them on occasion – and has called out more successful filmmakers in a bid to rattle up controversy (he referred to Michael Bay and Eli Roth as “retards”). Since 2007 he has made 2 or 3 movies a year and he has recently attempted to try his hand at more serious fare with social commentaries and historical dramas, but he continues to receive the same dismal commercial and critical reception. As he enters his fifteenth year as a professional filmmaker, the auteur of awfulness continues to pump out some of the worst movies anyone could hope to see. 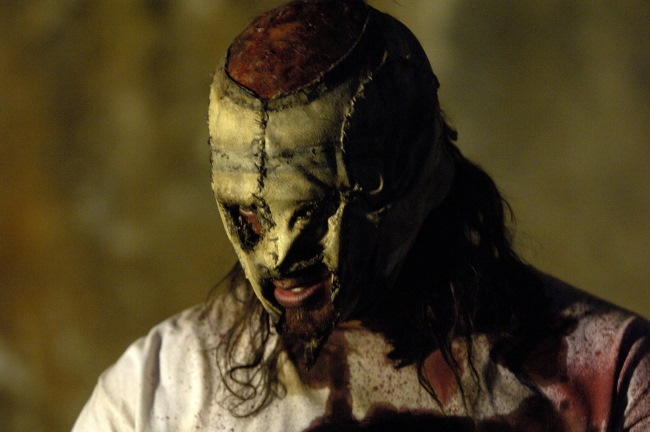 Boll’s attempts at horror are guaranteed to test the patience of the even the least discerning genre fans. The titular Seed in this horror nasty is a murderous psychopath who manages to wrack up a body count of 666 victims before he is apprehended by the police and sentenced to death. Somehow managing to survive his execution and burial, Seed rises from the grave and goes back to his mass killing ways. Even the worst horror shlock fests seem like masterclasses in finesse and subtlety when compared to Seed. Boll throws tension and suspense completely out of the window in favour of gore and extreme violence, but even these scenes come across as tedious and pointless. The pinnacle of the movie is an absurdly over the top 5 minute sequence where a woman’s head is bashed in with a hammer. After the first minute of bashing, you don’t really feel the need to see any more. 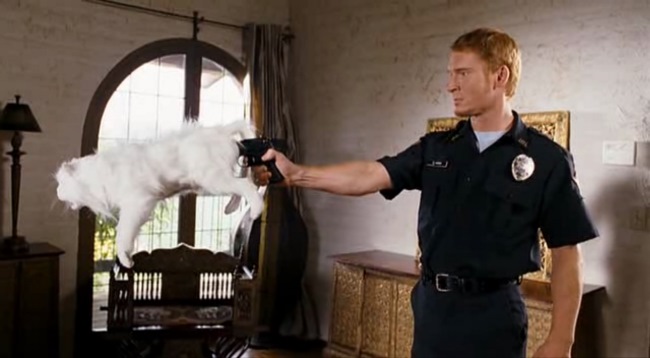 For a man that has struggled with pretty much every genre of movie imaginable, it’s surprising that Boll once thought that he could pull off satire. The opening scene of Postal shows two hijackers on one of the 9/11 planes bickering back and forth about how many virgins they’re going to receive in the afterlife, an exchange which aptly sets the bar for the rest of the movie. Based on the politically incorrect video game of the same name, Postal admittedly mimics the crassness and vulgarity of the source material pretty well. However Boll’s attempts at social commentary and a sendup of American culture are completely juvenile and empty, with clear attempts to go for shock value over insightful observation or discourse. 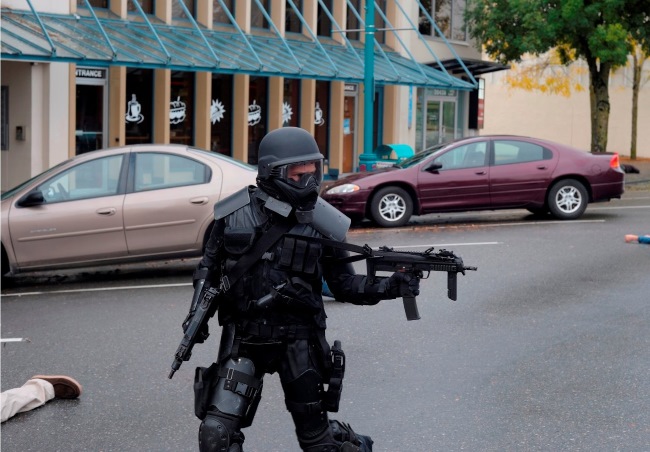 Bizarrely, Rampage is one of Boll’s best-reviewed movies. Some critics begrudgingly conceded that the movie showed off some talent behind the camera and that Boll was actually maturing as a filmmaker. However, the only filmmaking skill Boll shows off in Rampage is a complete overuse of shaky-cam and the story – a nihilistic 20-something man goes on a mass shooting rampage because he is pissed off at the world around him – is brought to life with Boll’s typically tasteless perspective. Boll approaches the deluded, tantrum-throwing protagonist with far too much empathy and he displays a completely misguided attitude toward the premise. Rampage isn’t a clever social commentary but rather a tasteless, trashy exploitation of the horror of mass shootings. 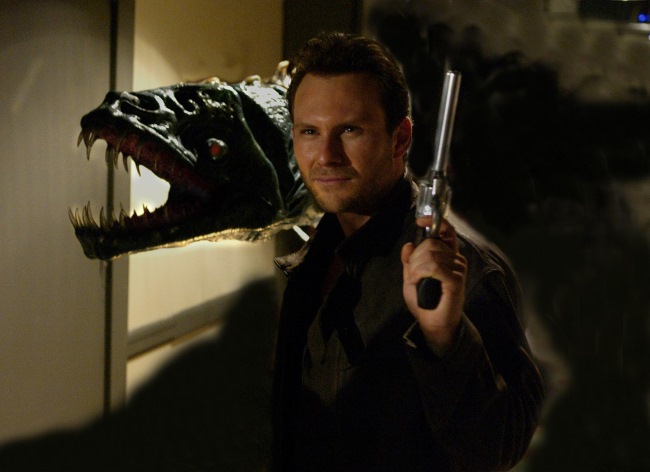 Gamers are the one group of people who hate Uwe Boll more than movie fans. Boll has somehow managed to adapt several beloved video games over the years and he has managed to turn each one into a dud. The survival paranormal horror series Alone in the Dark is best known for its mystery and suspenseful atmosphere, so Boll naturally took a few story elements from the games and ignored everything else. Featuring awful creature special effects, silly slow-mo shootouts and Tara Reid as a scientist, Boll completely missed the point of the series and gamers have tried to convince themselves that this adaptation simply doesn’t exist. 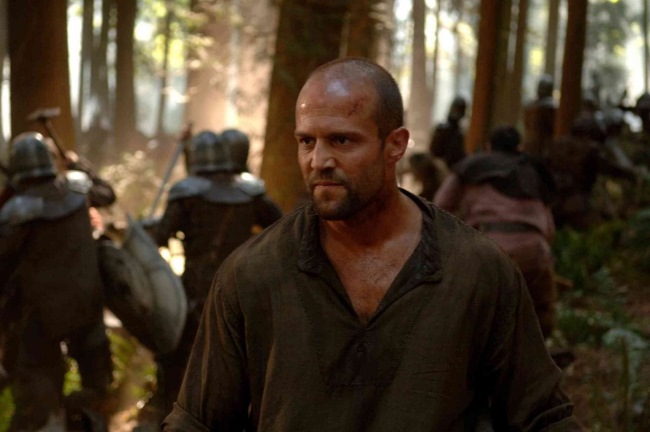 Boll has a knack for attracting half decent actors to slum it in his movies. The obvious reason for this is that they are all in it for the payday, but Boll always ends up horribly miscasting them anyway. In the Name of the King is another adaptation of a fairly well-liked video game. Boll not only managed to get Jason Statham to star as the lead but he also scored a budget of $60 million for this fantasy epic. While Statham does actually bring some action star energy to the proceedings, most of the cast – which includes Burt Reynolds, Matthew Lillard and Ray Liotta – are woefully wrong for the fantasy setting. None of the big budget feels like it’s made its way to the screen and the result is a plodding mess which feels like a bargain bin version of Lord of the Rings. 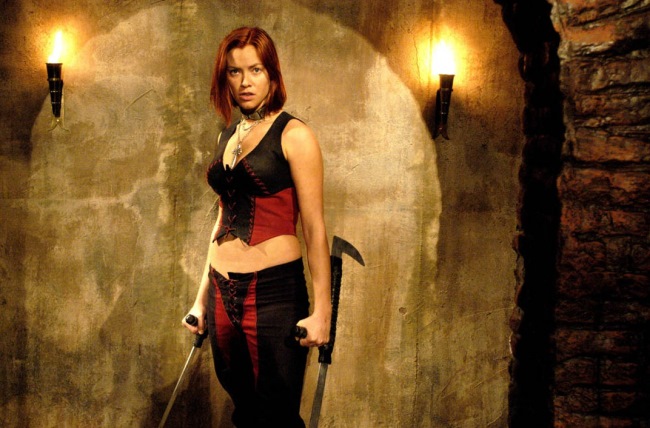 BloodRayne is another one of Boll’s reviled video game movies, but most gamers will probably admit that they wouldn’t have cared about a movie adaptation either way as the hack and slash vampire game didn’t exactly have a huge fanbase. This works out for the best as Boll again takes huge liberties with the source material and doesn’t even seem to have a handle on basic vampire mythology. BloodRayne suffers from poor plotting, acting (even Ben Kingsley can’t save any of the scenes he appears in, although admittedly he doesn’t seem to trying very hard), direction and everything else in between. 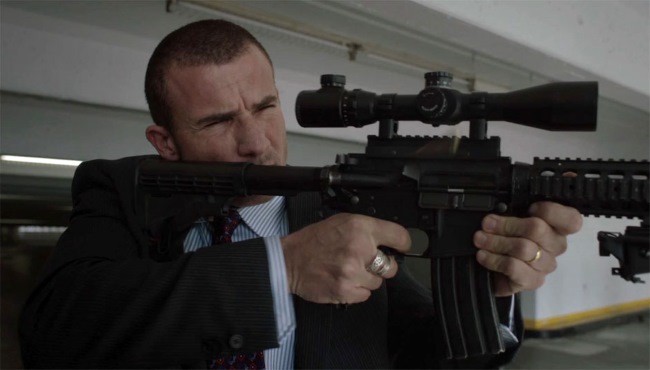 Assault on Wall Street is another movie which showcases Boll’s completely inept handling of current events and his misguided attempts at social commentary. Dominic Purcell (who in recent years has willingly chose to align his career with Boll) plays an average blue-collar schmoe whose life comes crashing down during the financial crisis when he is screwed over by investment advisors, attorneys, health care insurers, bankers, etc. The ridiculous course of events reaches its climax when his ill wife kills herself, so Purcell plots a righteous crusade against white-collar oppressors. Boll lays on the melodrama so thick that it’s blatantly obvious he is just pandering to the audience and this revenge fantasy aimed at ‘big corporate’ (which is ironic given Boll’s reputation for profiteering from creative tax loopholes) isn’t even rewarding or entertaining in its over-the-top efforts. 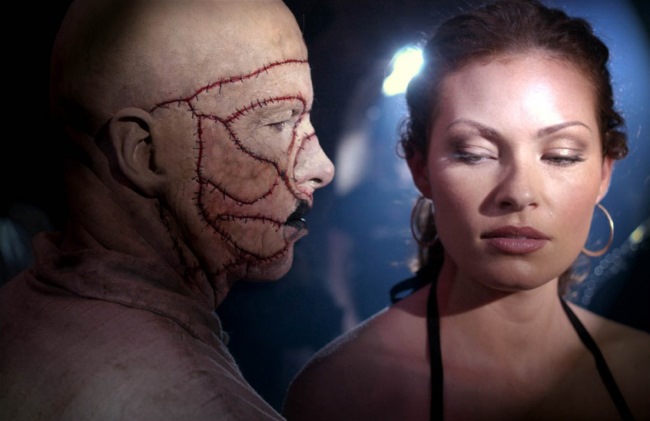 House of the Dead was the movie which really launched Boll’s ‘career’ as a bad filmmaker on the rise. The movie was his first video game adaptation and it is still the most baffling – why did he think that it would be a good idea to make a movie based on a series of arcade games where the player aims a light gun controller at the screen and shoots at zombies? The House of the Dead games really had no plot to speak of and the same can be said of the movie tie-in. Following a group of young people who head to an island for a rave and then get attacked by zombies, House of the Dead is a mindless B-movie horror which, like so many of Boll’s efforts, doesn’t even fall into ‘so bad it’s good’ territory. 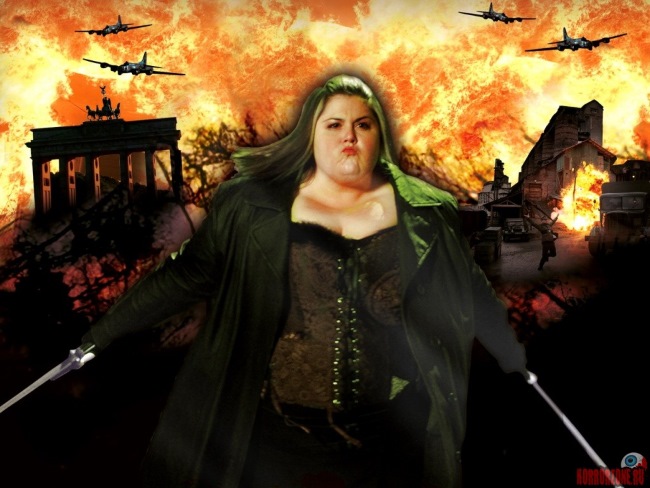 Blubberella offers insight into Boll’s bizarre creative process. The movie is a WWII-set action comedy which features an overweight female vampire fighting alongside resistance forces against Hitler (played by Boll himself). However, that’s not the craziest part. Boll actually shot Blubberella back-to-back with his sequel BloodRayne: The Third Reich and reused most of the same characters, scenes and even plot to create a scene-for-scene spoof. Boll literally filmed a parody movie of one of his own movies at the same time he was filming it and the result is 90 minutes of fat jokes with some Nazi hijinks mixed in. Blubberella is the cinematic equivalent of a filmmaker literally throwing in the towel. 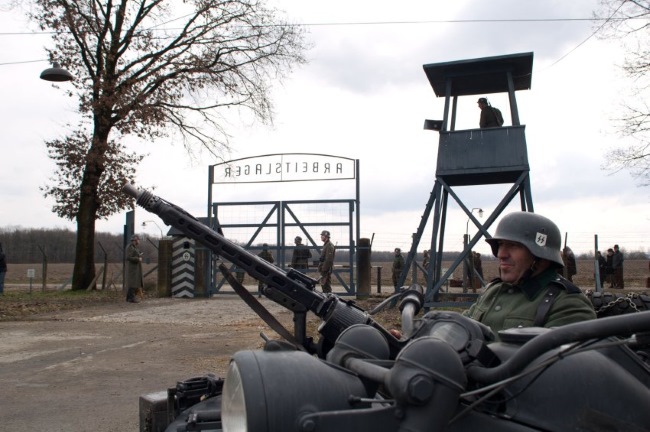 Collective global eye-rolling occurred when Uwe Boll announced he was filming a serious movie about the horrors of the Holocaust. However, Boll was adamant that he would present the true atrocities of the death camp and not the “softened” version of history as presented in movies like Schindler’s List and Life is Beautiful. It’s hard to argue against Boll’s sombre presentation of the violence and anguish experienced by the Jewish people in concentration camps if that’s what he says he was setting out to achieve. However, these types of scenes have been dramatised more effectively on film before and it’s hard not to see Boll’s messy approach – which lacks any type of context or narrative and is stylishly shot (his use of slow-motion and close-up shots is questionable if he is trying to let the atrocities speak for themselves) – as exploitative. Crucially, it’s hard taking the movie seriously knowing that Boll is behind the camera, but it’s even harder when you realise that he was filming Auschwitz at the same time as the aforementioned BloodRayne 3 and Blubberella – especially as in the latter movie he was gleefully portraying Hitler and making fun of the war for some cheap laughs.