These modern day comic book movies feature some of the biggest budgets in Hollywood, with most costing over $150 million to make. Things weren’t always like this, however. Prior to the release of Brian Singer’s ‘X-Men’ in 2000, comic book movies were small budget affairs with crude special effects and actors wearing cheaply put together costumes.

This list will look at 10 of the most famous low budget superhero movies.

The comic industry was in dire straits in the early 90s. Comic book sales were at an all time low, and both Marvel and DC were struggling to stay afloat. Marvel, in a moment of weakness, decided to sell the film rights to some of their IPs to raise some money. One of the properties they sold the rights for was the ‘Fantastic Four’, a comic book property starring four characters each with weird and wonderful powers. Unfortunately, New Horizons, the production company who bought the film rights for the Fantastic Four, did an incredibly poor job with the IP. Relatively unknown actors Alex Hyde-White and Joseph Culp were brought in to play the two lead characters in 1994’s ‘The Fantastic Four’, and the film was given an absurdly low budget of only $1 million.

The film was a trainwreck of epic proportions. It featured a terrible story and screenplay, horrible acting, and poor direction. Execs scrapped the film after seeing it and it never saw a cinema release. The film currently has a 3.9/10 rating on imdb.com.

The Punisher is arguably the most brutal comic book hero in the Marvel universe. Unlike comic book heroes like Superman, Batman, and Spider-Man who all refuse to take human lives, Frank Castle, The Punisher, has no problem dishing out death sentences to criminals and other ne’er do wells.

Frank Castle debuted on the silver screen for the first time in 1989’s ‘The Punisher’. Directed by Mark Goldblatt, the film starred action hero ‘Dolph Lundgren’ as The Punisher as he did battle with the Japanese Yakuza. The film, unfortunately, received mixed reviews from moviegoers and critics. It is currently rated 5.6/10 on imdb.com.

Today, Samuel ‘The Man’ Jackson plays the role of Nick Fury in the modern day Marvel films, but back in the late 90s, Baywatch legend ‘David Hasselhoff’ stepped in to play Fury in the 1998 movie ‘Nick Fury: Agent of S.H.I.E.L.D.’. Written by David S. Goyer, who eventually went on to write the Blade Trilogy, the Dark Knight Trilogy, and Man of Steel, the film saw Nick Fury doing battle against a terrorist cell called ‘HYDRA’ who were threatening to infect Manhattan with a deadly virus.

The film received a mixed reception, particularly from comic book fans who felt that Hasselhoff was poorly cast in the Nick Fury role. The film currently sits on imdb.com with a 3.6/10 rating.

Before Edward Norton, Mark Ruffalo, and Eric Bana played ‘The Hulk’ on the big screen, the character was played by two actors: Bill Bixby, who played the Hulk’s alter ego Bruce Banner, and bodybuilding legend Lou Ferrigno, who played The Hulk himself. ‘The Incredible Hulk Returns’ followed on where the hit 80s Hulk TV series left off. Set two years after the TV show’s conclusion, the film saw The Hulk teaming up with the norse god ‘Thor’ to battle against an evil crime syndicate hell bent on taking over the world.

The film received mixed reviews overall. It currently has a 5.6/10 rating on imdb.com.

The film, an origin story, followed the life of Captain America over a span of 40 years. It covered his time fighting the Nazis in the 40s and his time doing battle with the evil ‘Red Skull’ in the 80s.

The film was generally criticised for its poor script, terrible acting, and cheap looking costumes. It’s currently sitting on a 3.2/10 score on imdb.com.

In 1992, DC Comics killed off their most iconic hero – Superman. In his stead, four heroes stepped in to take his place. ‘Steel’ was one of these heroes. While Steel remained a minor character in the comic book world after Superman rose from the dead and resumed his duties in 1993, he made his film debut in 1997’s ‘Steel’.

Featuring former basketball star Shaquille O’Neal in the starring role, ‘Steel’ saw the character of Steel battling Nathaniel Burke, an ex-soldier with a grudge for the military, as he tried to prevent Burke from destroying LA.

Steel was a bomb with audiences everywhere. The film was given a budget of $17 million, but it only made $1.5 million back on the worldwide box office. It currently has a 2.7/10 rating on imdb.com.

In 1978, director Richard Donner convinced the world that ‘a man could fly’ when he released ‘Superman’ into the cinemas. Starring Christopher Reeve as Superman, the film delighted audiences the world over and went on to spawn a number of successful sequels.

‘Supergirl’, released in 1984, was an attempt to create a spin off series from Donner’s film. Set in the same universe as ‘Superman’, the film starred Helen Slater as ‘Supergirl’, Superman’s long lost cousin from the planet Krypton.

While 1984’s Superman was well directed, well written, and a joy to watch, Supergirl was cringe worthy at the best of times and awful at the worst. The film was panned by critics, who reviewed it poorly. The film currently has a 4.3/10 rating on imdb.com

A former neurosurgeon and a practising sorcerer, Dr. Strange is the Marvel Universe’s ‘Sorcerer Supreme’, a man tasked with the job of protecting the Earth from all manner of magical creatures that wish to do it harm.

1978’s ‘Dr. Strange’ starred Peter Hooten as Dr. Strange. The film followed the newly crowned Sorcerer Supreme as he learned to control his powers while battling Morgan Le Fay, an evil sorceress from the past.

Dr. Strange received poor reviews from critics overall. It also failed to get a cinema release and was eventually released straight to VHS. The movie currently has a 5.5/10 rating on imdb.com.

Today, Spider-Man is one of the most popular and most beloved comic book heroes in the world. Sam Raimi’s ‘Spider-Man trilogy’ was a massive success and propelled the character into the hearts and minds of audiences everywhere, and Marc Webb, with his new ‘Amazing Spider-Man trilogy’ is looking to continue where Raimi left off.

In 1977, Marvel tried to bring Spider-Man to the big screen in ‘The Amazing Spider-Man’. Starring Nicholas Hammond as Peter Parker and his webbed alter-ego Spider-Man, the film saw Spider-Man protecting New York from an evil gang looking to destroy it.

The film failed to gain traction with audiences who generally ignored it. Critics panned the film too, particularly for its shoddy acting and poor production values. The film currently has a 5.7/10 rating on imdb.com.

1973’s ‘Captain America and Santo vs. Spider-Man’ is a strange, strange film.

The film was not officially sanctioned by Marvel and was never given a release outside of its native home of Turkey. The film has become infamous over the years, however, as word of its existence spread throughout the internet.

Today, ‘Captain America and Santo vs. Spider-Man’ is a cult classic and a great reminder of how far comic book movies have come over the years. 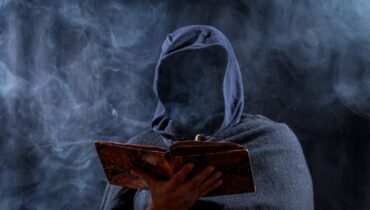 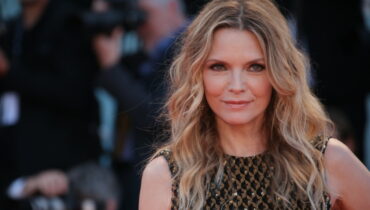