Plants come in all forms and shapes. Some are beautiful, other ugly. Some smell nice, some smell pretty disgusting. Some plants we put in our houses, others are very dangerous for humans. Most we consider ‘normal’, but some plants are really weird. We present to you the 10 weirdest plant facts: 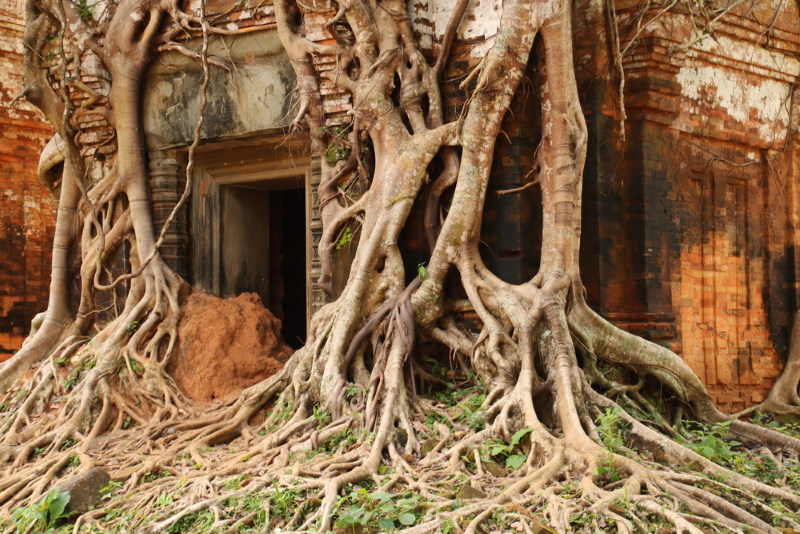 Strangler Fig – Angkor Wat This sinisterly named plant grows up around an existing tree, slowly covering the entire plant. Then it proceeds to tighten its grip on the host tree until it dies, literally strangled to death by the parasite plant. Sometimes the fig is so strong by the time the host tree dies that it remains in position around a hollow space where the tree used to be. 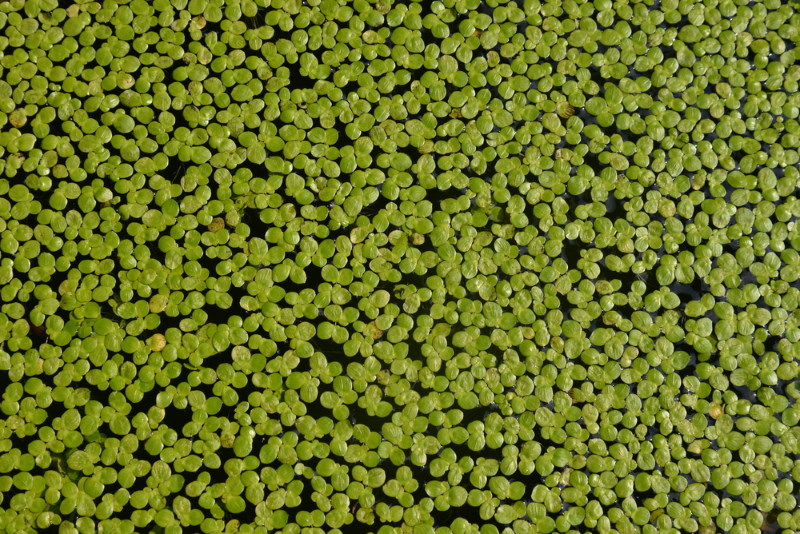 Wolffia Angusta or duckweed as it is commonly known holds a record for being the world’s smallest flowering plant. This plant grows rapidly and covers water surfaces with an immense green mat. They diminutive plants are packed full of protein, making them an ideal source of human food (almost equal to the mighty soy bean) and they are, in fact, widely eaten across much of Asia. 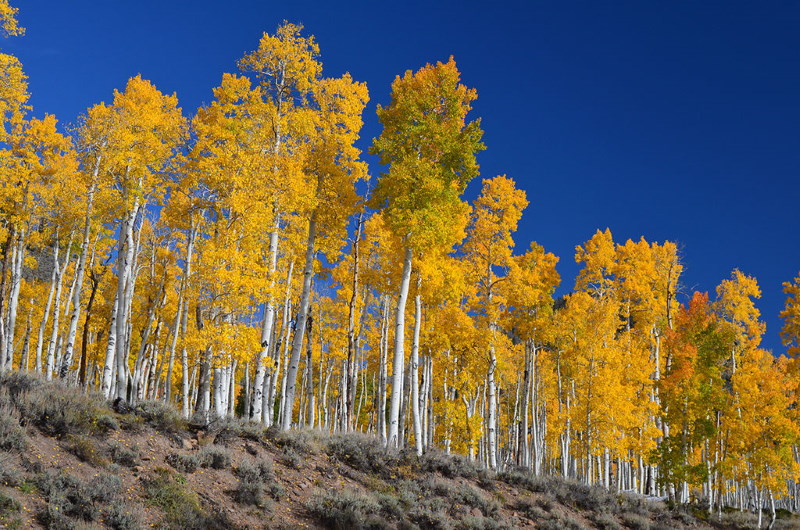 Apparently a smallish and fairly non-descript forest of trembling aspens, the Pando tree is actually all one immense plant – a male, in case you are interested! The ‘trees’ in the forest are actually off-shoots of the main shared root system. The entire plant is estimated to weigh a hefty 6,000,000 kilograms and the plant is thought to be about 80,000 years old, making it one of the world’s oldest living organisms. 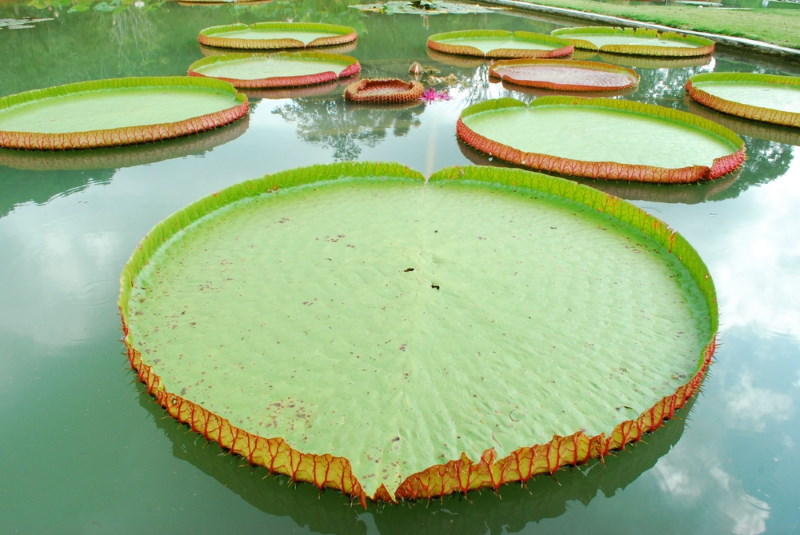 There are few children who have not seen at least one picture of a rather grumpy looking toddler standing or sitting on an immense lily pad – and promptly longed to do the same. Victoria Amazonica can grow leaves of up to 8 foot across and even the flowers are not small, each one measuring about 40 centimetres in diameter! 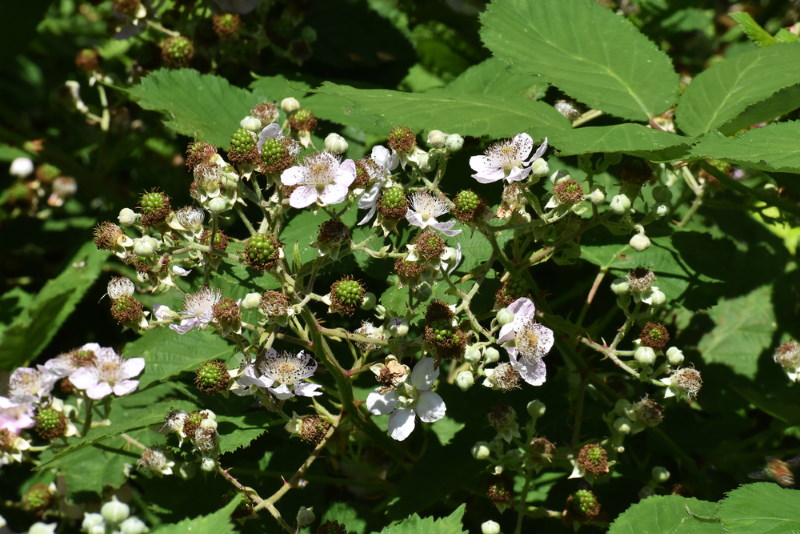 While this plant may sound like a very Zen and fancy smartphone it is in fact a rather lethal thorn factory. Boasting lethal inch-long thorns, the sturdy but whippy branches all tangle together and grow under tension. This results in the branches whipping forward violently when released, slashing into any unwary passers-by causing deep lacerations and severe injuries, especially to unprotected faces and hands. The plant is very invasive and rapidly takes over any area in which it takes root, each plant growing to cover half an acre – an impossible barrier to pass through unscathed.

5. Kings Holly: Doing it For Himself? 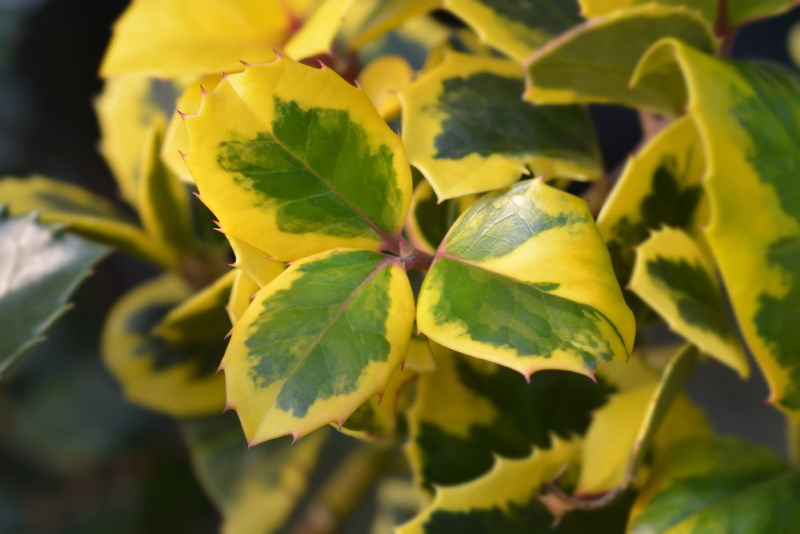 The King’s Holly can technically be said to be one of the world’s oldest living organisms. While each plant is thought to live to around 300 years old, the way the plant propagates itself is unique. Instead of breeding as other plants do, the King’s Holly simply drops a leaf, which sprouts roots and becomes a tree all by itself. Reproduction by this method is cloning and the DNA of each tree matches that of samples from 43,600 years ago – making a case for the entire plant claiming to be that great age. (Some scientists say the plant could even be as old as 183 000 years old!) The downside of this unique method of reproduction is that the plant is unlikely to be able to develop any defence in the event that a disease strikes… 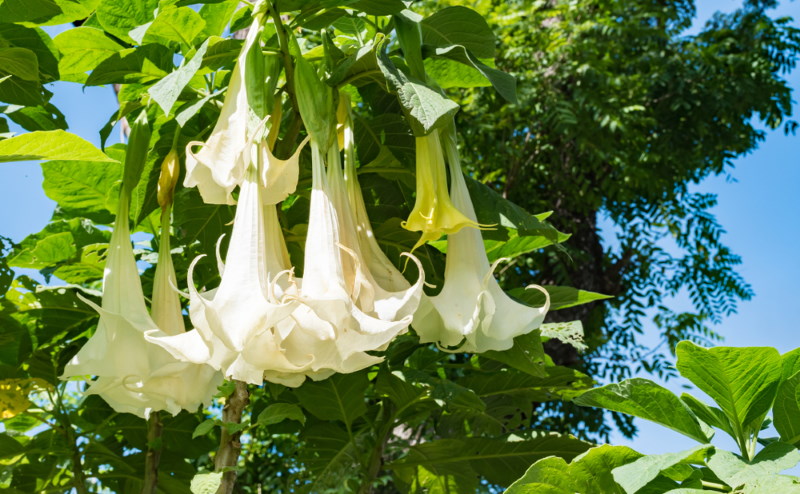 This is a beautiful name for a beautiful plant, but one that contains a positive cocktail of potent chemicals and toxins. While some are harvested for medicinal use: atropine (used in eye-drops amongst other medical uses) hyoscyamine (used for a wealth of conditions including drying up secretions and increasing cardiac output) there is another drug that can be derived from the pale and elegant lily-shaped flower – scopolamine. Known as the ‘zombie drug’ scopolamine makes the mind of those ingesting it very susceptible to influence (i.e. they can be told to behave in ways that are contrary to their usual behaviour) and has also been used (many decades ago) as a truth serum by the Russian security forces, although not for long due to unwanted side effects. It has also been used as a date-rape drug and in order to incapacitate victims in order to mug them. There are some incidents of people taking the drug voluntarily as a hallucinogenic, but these are few and far between as the side effects can be awful. 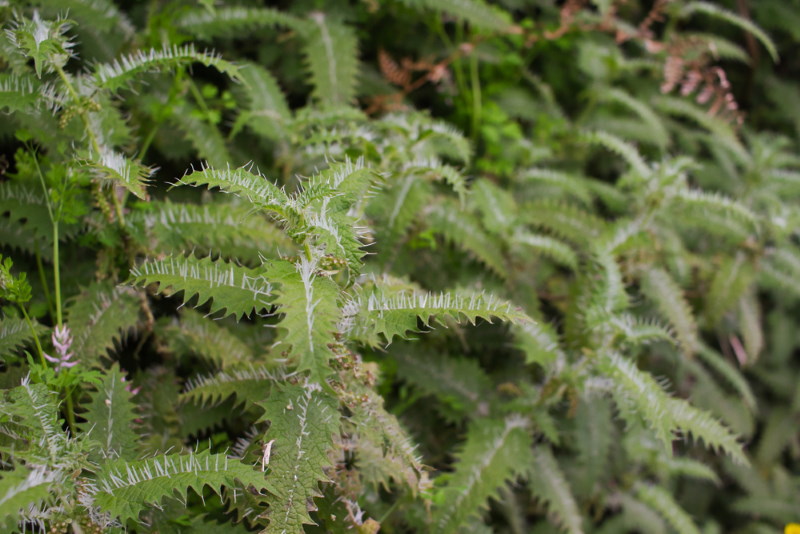 We all know the annoyance and pain of walking through a patch of nettles, or touching one unwarily. The sting and prickling sensation is most uncomfortable but generally it can be soothed with a cold compress or running cold water over the area. The New Zealand tree nettle, however, is another story entirely! Standing a hefty five metres tall, this plant’s sting can last for several days (or longer if you are one of the unfortunates who succumb to polyneuropathy (persist and long lasting damage to nerves which manifests as chronic pain in sufferers) as a result of the sting). So severe is the nettles sting that one man has actually died after walking through a particularly thick patch wearing only light clothing… 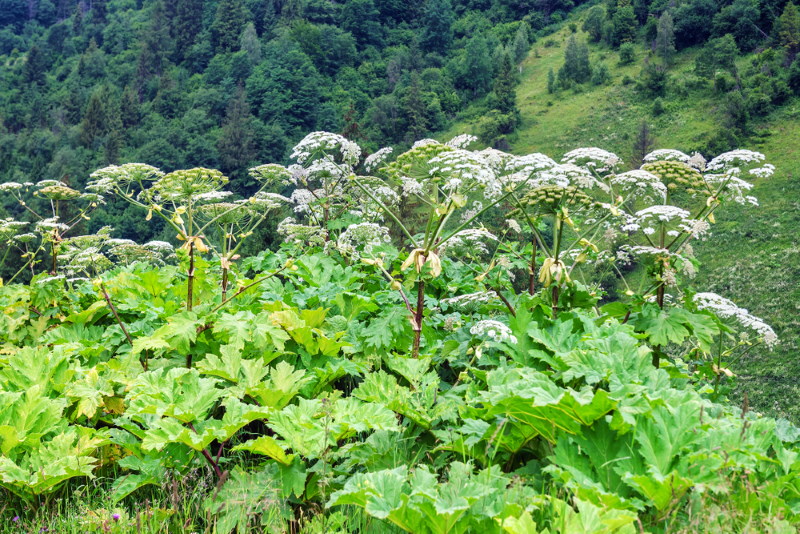 Giant Hogweed looks like an alien plant, standing up to 5.5 metres tall with immense leaves and flowers. Its bizarre appearance should serve as a warning to the unwary as it is full of a photo-sensitive and toxic sap which causes the skin to blister and swell painfully, leaving behind permanent disfiguring scars. This effect is dramatically worsened by the sap-laden skin being exposed to sunlight. The reaction starts with itching and reddening, gradually worsening over the next 48 hours and can become so severe that hospitalisation can become necessary. If even a small amount of the sap comes into contact with the eyes, permanent blindness can result. 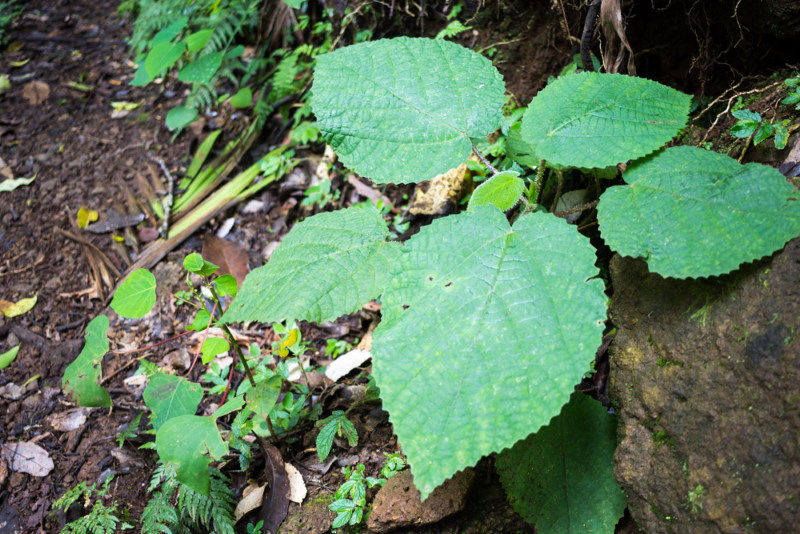 Australia is known for having the most venomous and dangerous insects, snakes and mammals but few people realise that it is also home to the most plant too! The Australian Gympie-Gympie tree produces such a vicious toxin that it can sting the victim for up to two years (one researcher believes it could even remain viable for up to twenty!). So painful can the long-term reaction be that it is believed to have caused one man to commit suicide rather than live with the pain for another day. The pain of the sting is reported to feel like hot acid, and cumulative exposure to the plant can cause severe allergic reactions. It is a hazard to workers who have to be supplied with respirators, thick gloves and anti-histamines if they’re going to be working near the plant for any length of time.