When you think of a beach, you probably think of pearly white or golden sand. Many beaches indeed look like this, but there are also several beaches with black sand. This black sand gets its color from volcanic lava. Want to know where to go when you want to relax on a black beach? This is the top 10 black beaches. 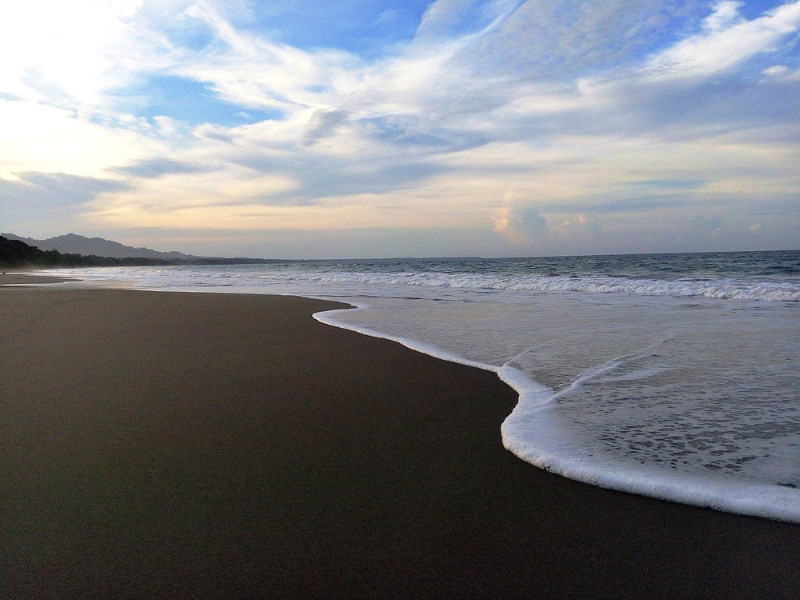 On the outskirts of the city of Cahuita in Costa Rica, you will find Playa Negra. This beach, of course, gets its name from the black sand you’ll find there. It is not the only black beach on the island, but perhaps one of the most famous. The many volcanoes that make up Costa Rica are responsible for the beach’s special color. Playa Negra is 3.5 kilometers long and has won awards for the way the beach is sustainably protected. 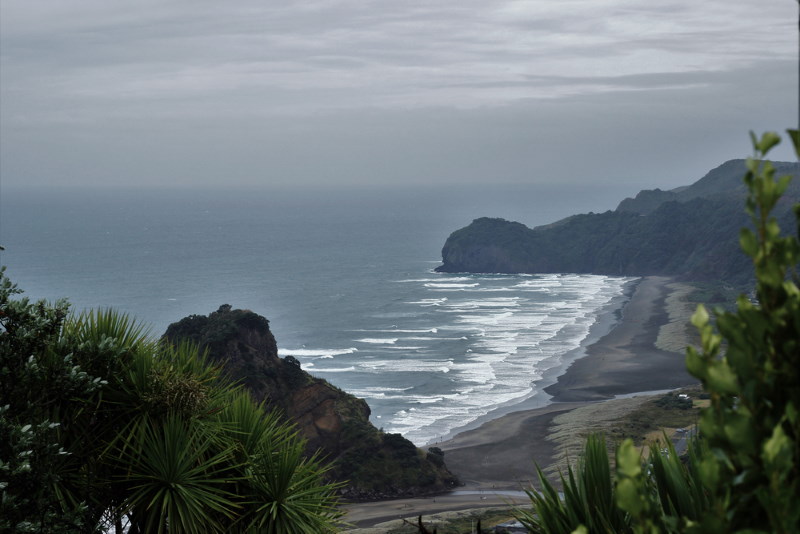 About 40 kilometers from Auckland, you will find Piha Beach. It is one of the most famous beaches in the world, with a deep black color. The sand gets so hot in the summers that it can burn your feet. The color is partly created by volcanic material, but the sand also contains a lot of iron. especially surfers like to travel to Piha Beach, because there are always good waves to be found. 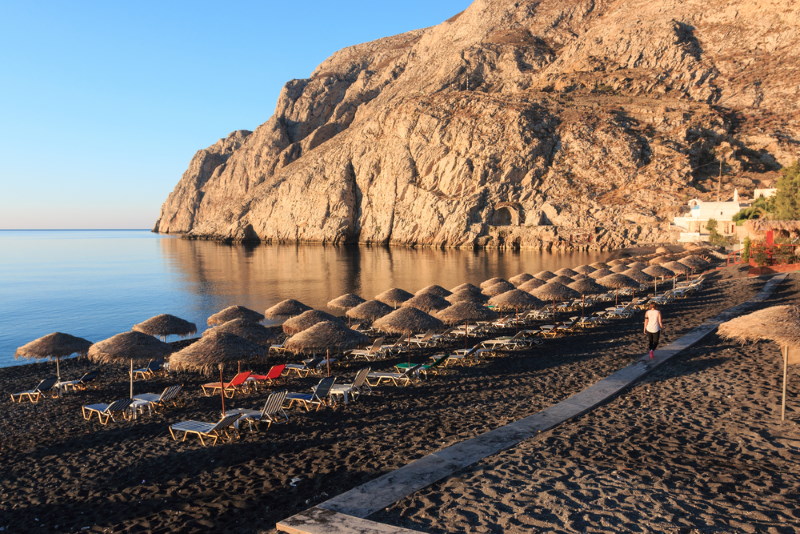 In the south of the Greek island Santorini you will find coastal town Kamari with a very special beach. The beach is not only covered with black sand, but also with small black pebbles. When you lie on a lounger along the coast at Kamari, you immediately look out over Mesa Vouno, a large mountain that towers over the beach. Kamari beach is not only suitable for sunbathers who want to lie on a sunbed, but also for water sports enthusiasts.

Hawaii is known for two things, its many beautiful beaches and its many volcanoes. One plus one is two and so it should come as no surprise that the islands are home to many black beaches. Punaluʻu Beach is special not only for its black sand but also because of the turtles. It is a protected area and bringing sand is therefore prohibited. 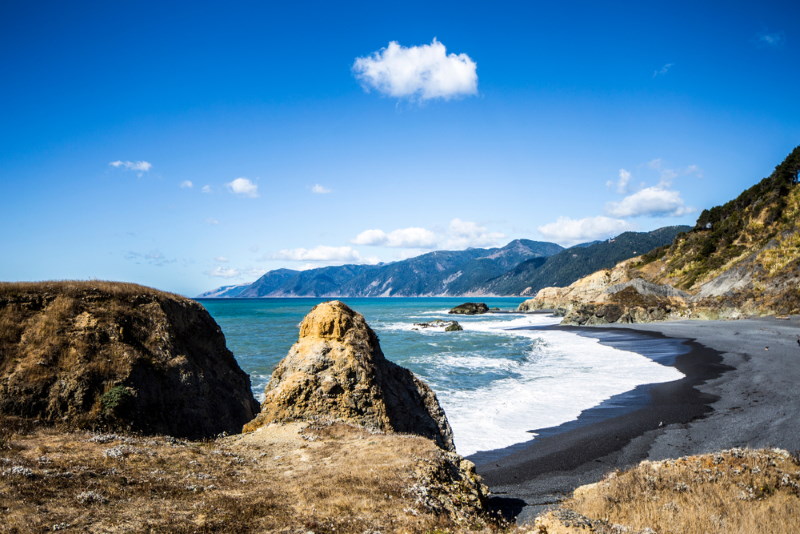 This beach also clearly owes its name to the black sand that lies here. Black Sands Beach is found in the state of California and is mainly covered with small, smooth pebbles. The particular color of the beach is not the only thing that attracts tourists. Around the beach you will also find small coves with unusual vegetation and small pools of water that form when the tide is out. 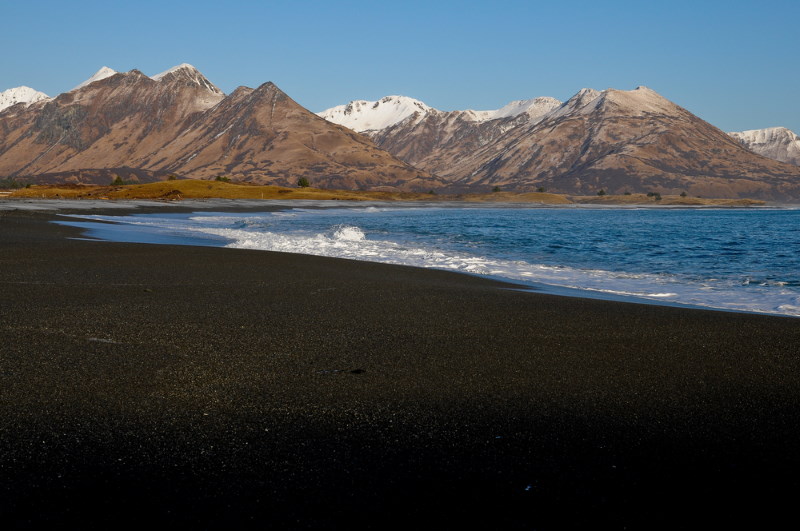 This American black sand beach is not in California, but in the state of Alaska. It’s a nice counterpoint to the many warm beaches you’ll find on this list. In fact, at Black Sand Beach you will see ice floes wash ashore on a regular basis. There are also large glaciers in the area. So this is not a beach where you go to sunbathe, but a cold place that is best discovered with a warm outfit. 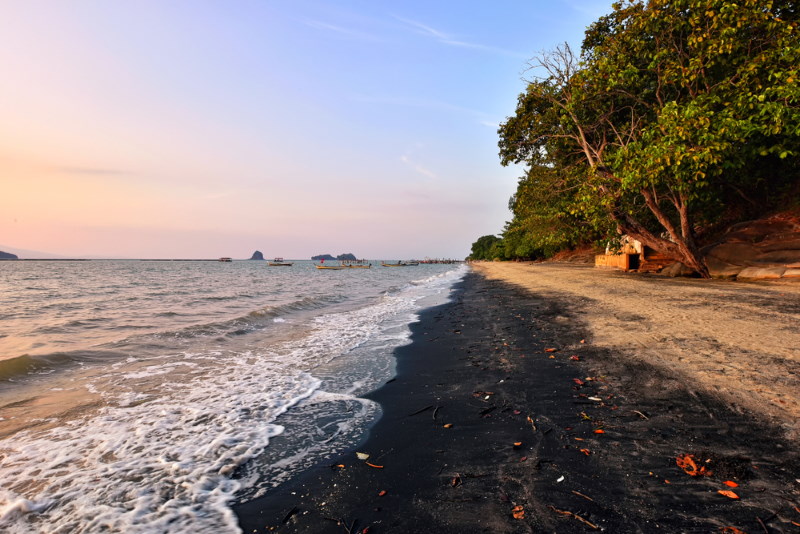 The island of Langkawi has very special beaches that are partly black and white. This gives them a special striped color. Scientists still do not know exactly why the sand along the coast of this island has a black color. The locals do have an explanation. This is because the sand is a result of the war between the mythological figure Garuda and a Roman prince. They fought over a beautiful Chinese princess, which eventually led to ash-colored beaches. 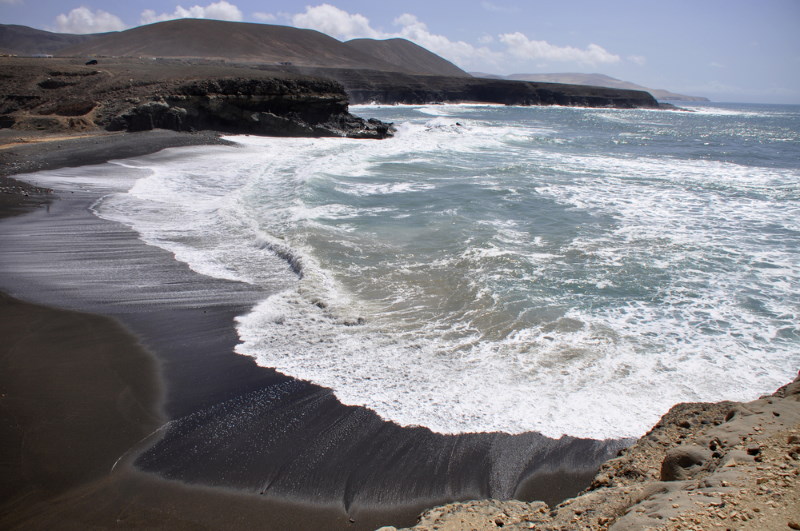 The black beach Ajuy Beach located on the the Spanish island Fuerteventura is a popular attraction. And that’s even though it’s not ideal for swimming. The beach with fine black sand is right next to the pirate caves. This is where pirates used to hide their treasures. 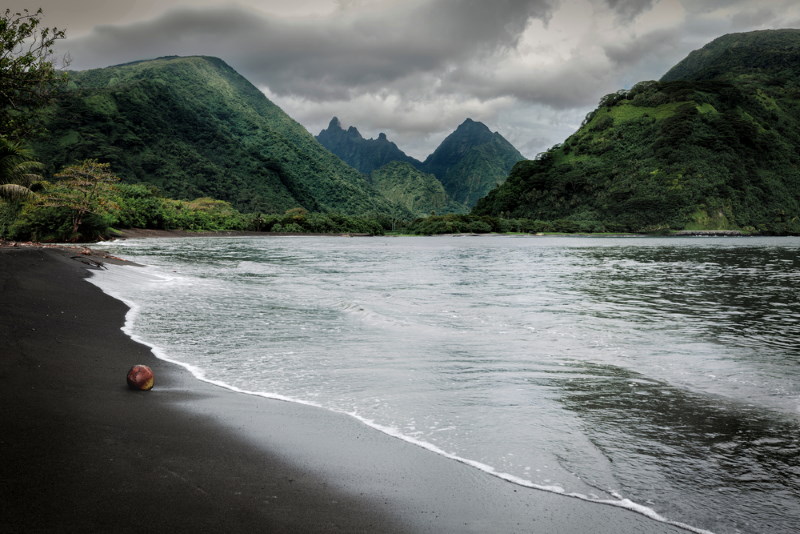 You’ll find Point Venus on one of the largest islands in French Polynesia. It is an important beach with a special history, as it is thought that seafarer James Cook docked at the beach. It is also thought that the beach got its name from Cook because he could possibly see Venus from this spot. 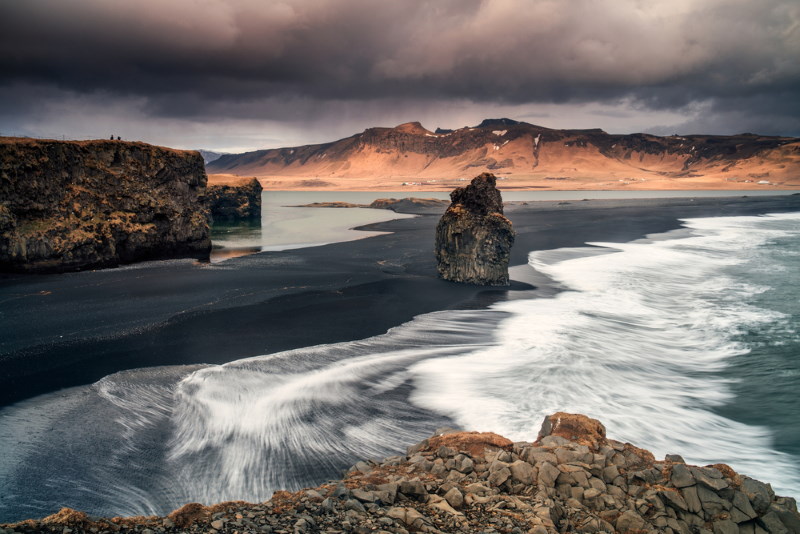 The beach at Vík fits right in with Iceland’s rugged landscape. This dark beach was formed by a lava flow that ran down from the surrounding mountains. From the beach you also have a great view of black rocks that rise above the water.