A geyser is a hot water spring from which a large amount of water occasionally squirts out. These extraordinary natural phenomena can be found all over the world and are definitely worth admiring. Want to know which geysers you can visit best? You can read it in the top 10 famous geysers. 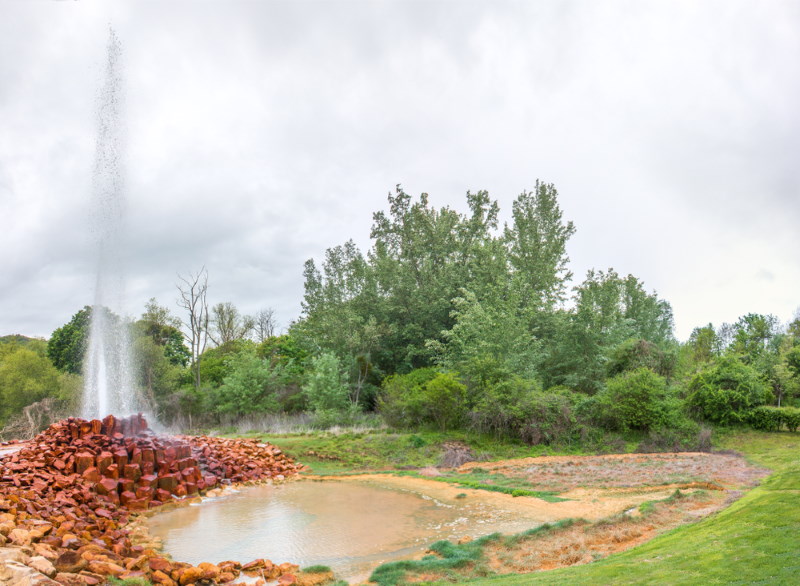 Believe it or not, there is a geyser in Germany, namely the Geysir Andernach. This geyser is unique, which is mainly because it is not actually natural. It was created by drilling a hole in the earth in 1903. It is also the highest cold water geyser in the world with a height of 64 meters. The water is pushed out of the geyser by carbon dioxide, just like a bottle of soda. 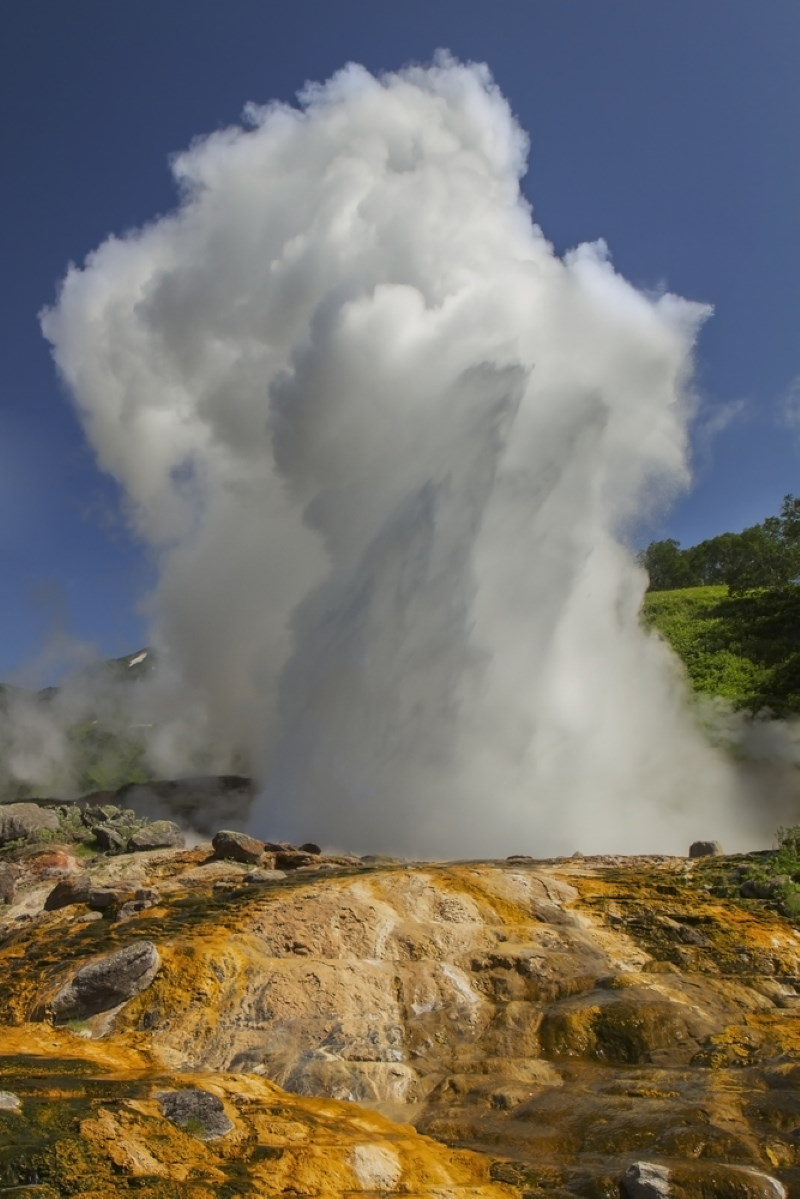 In Russia you will find a complex with a total of 30 geysers, also called the Valley of Geysers. The Velikan is the largest of this complex. So it’s not surprising that it got this name, because Velikan means “giant” in Russian. The geyser erupts every 6 to 8 hours, with the eruption lasting about a minute. The water is sprayed up to 25 meters in height. 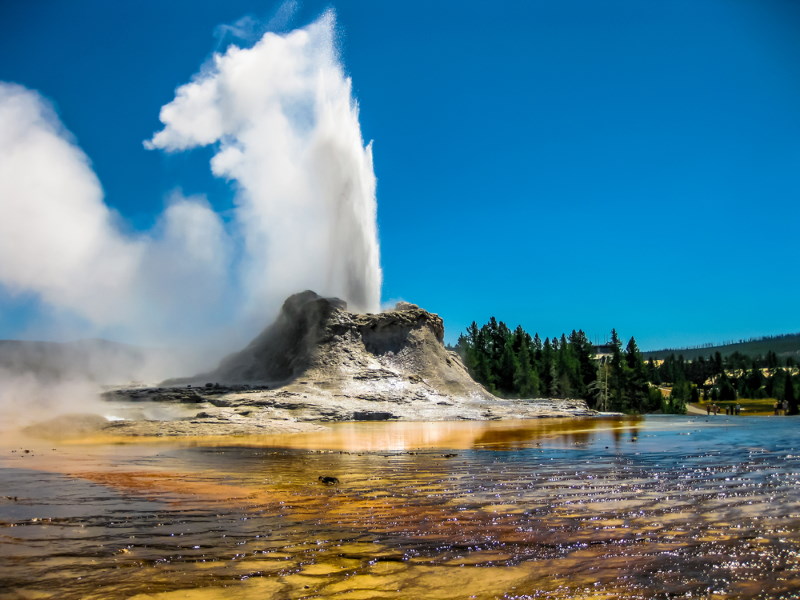 Yellowstone Nature Park is home to more than 1,000 geysers, we’ll also encounter them several times in this list. Castle Geyser is shaped like a cone and produces a relatively large amount of sinter. This gives the geyser a special and robust appearance. The many ragged edges, tunnels and cracks in the geyser even caused it to be given this name. Research shows that Castle Geyser first erupted about 1,000 years ago. 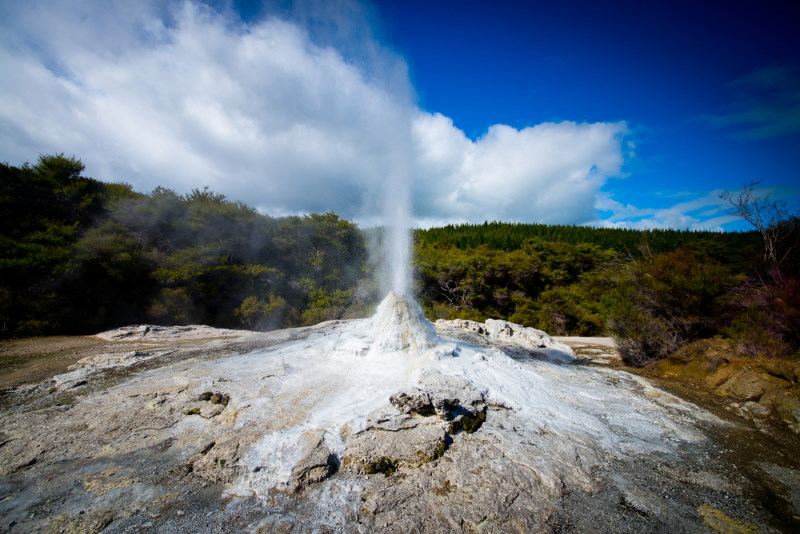 The Lady Knox geyser was discovered in 1901 by a group of prisoners. These prisoners were washing their clothes in the heated outdoor water when their soap caused the geyser to erupt. The Lady Knox geyser was named shortly thereafter after Constance Knox, the daughter of Uchter Knox, who was the Governor General of New Zealand at the time. Now, every day at 10:15 am, those who manage the site where this geyser is located drop soap into the earth to cause an eruption for spectators. 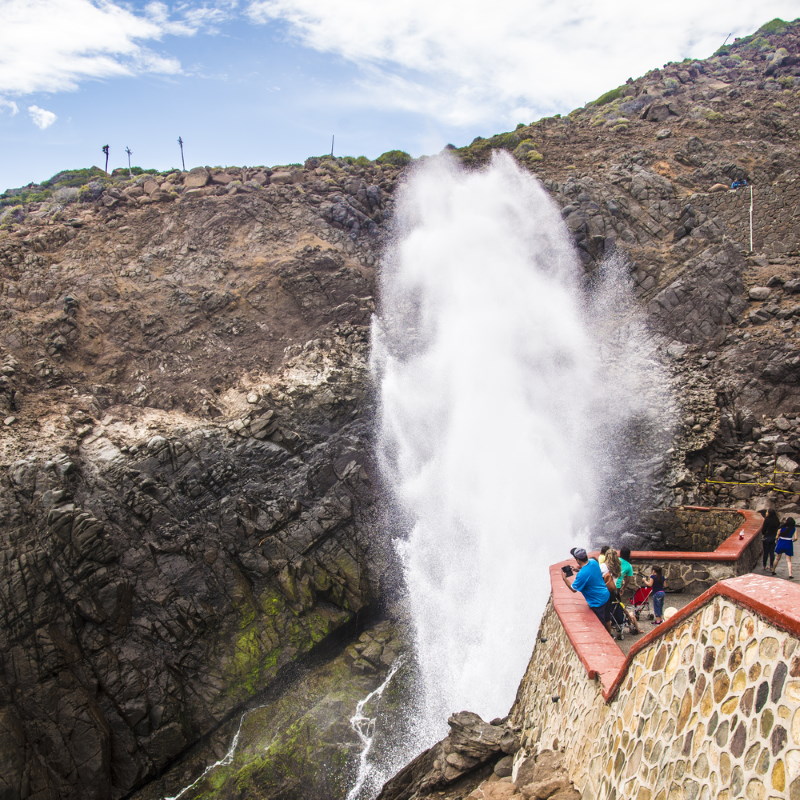 This geyser in Mexico is located in water and is one of the largest blowholes in North America. It is not a true geyser created by heat, but by pressure from air and water. In fact, La Bufadora is a small opening where seawater is pushed out under high pressure by air trapped in a cave. This creates explosions every minute, often accompanied by a thundering sound. The water sometimes reaches a height of up to 30 meters. 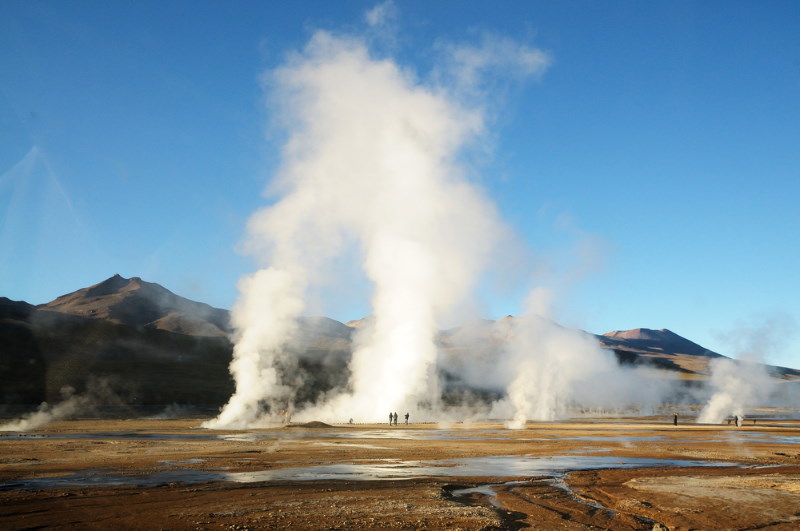 In the Andes Mountains you will find El Tatio, a geyser field at an altitude of more than 4 kilometers. It is one of the highest geyser fields in the world, where you can also admire more than 80 active geysers. It is also the third largest geyser field in the world and the largest in the southern hemisphere. The water from these geysers rises just a few feet, but the accompanying steam goes quite a bit higher. 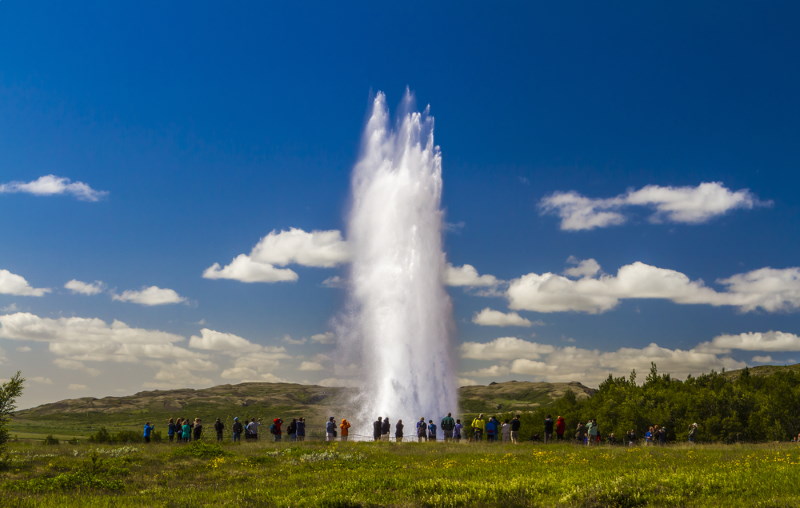 Iceland is a country with many geysers, the Strokkur is located in the southwest of the country. It is one of the most famous geysers in Iceland, which is mainly due to its enormous height. The water here can reach 15 to as high as 40 meters. It also erupts regularly, with an eruption every 4 to 8 minutes. 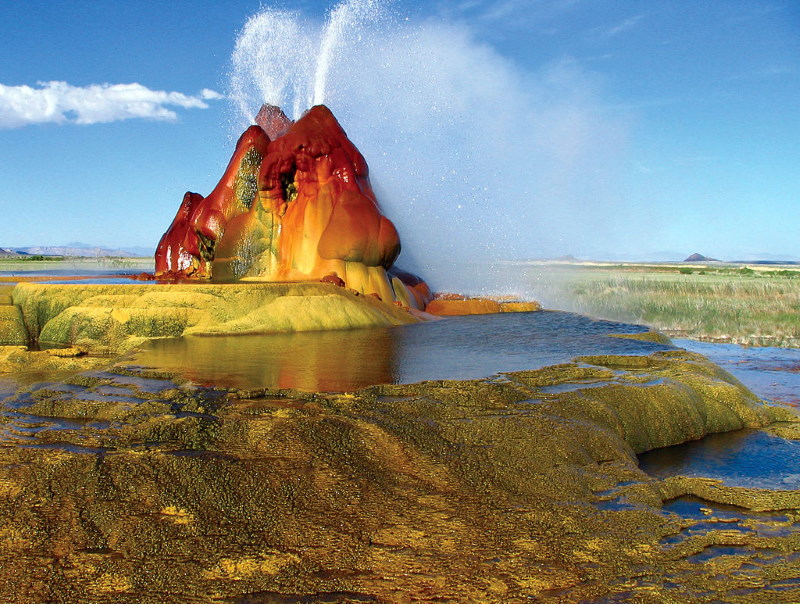 The Fly Geyser is small compared to other geysers, but beautiful to behold. It is shaped like a cone and was created by a drilling error. This caused natural minerals in the ground to dissolve and deform, creating a high mountain that now contains an active geyser. The water here rises about 1.5 meters. 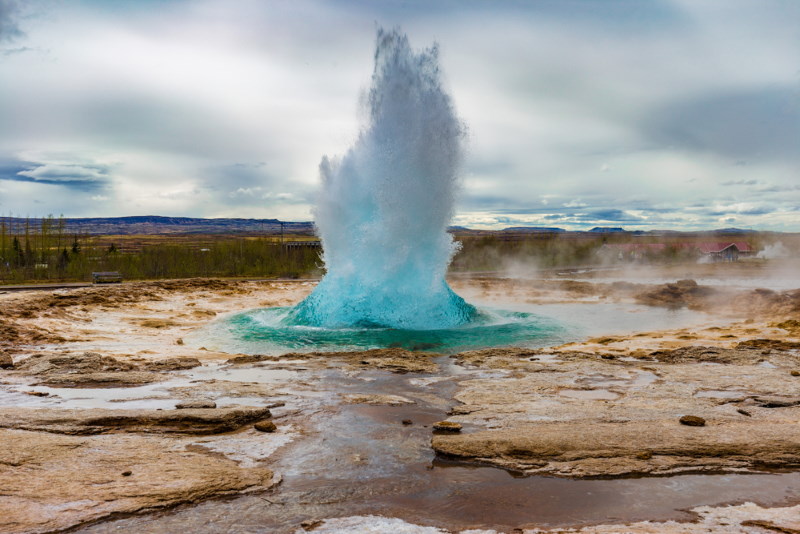 Geysir is located in western Iceland, in the Haukadalur valley. It is one of the most impressive geysers in the world and also one of the first geysers ever described in a book. The geyser was first mentioned in the eighteenth century and is the reason why hot springs all over the world are now called geysers. The Geysir has probably been active for 10,000 years and spouts water up to 70 meters in height. 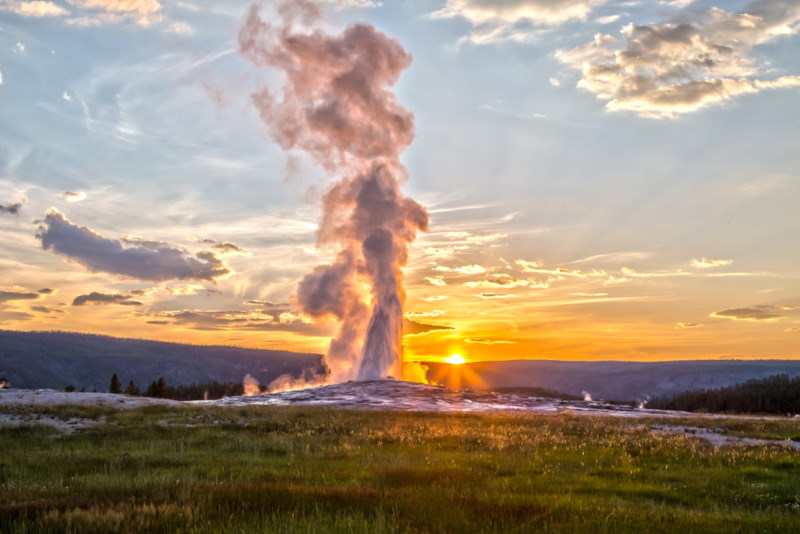 Yellowstone Nature Park is home to more than a thousand different geysers, but Old Faithful is definitely the most famous. It was the first geyser in the park to be named, back in 1870. It erupts about every 63 minutes, making it one of the most predictable geographical attractions in the world.