Transitioning from the big screen to the living room TV used to be seen as a risky endeavour, no matter how hot the cinematic property was. However, while our TV schedules have certainly seen their fair share of duds, not all of these adaptations are a total write off. In fact, some of them even manage to surpass their source material. 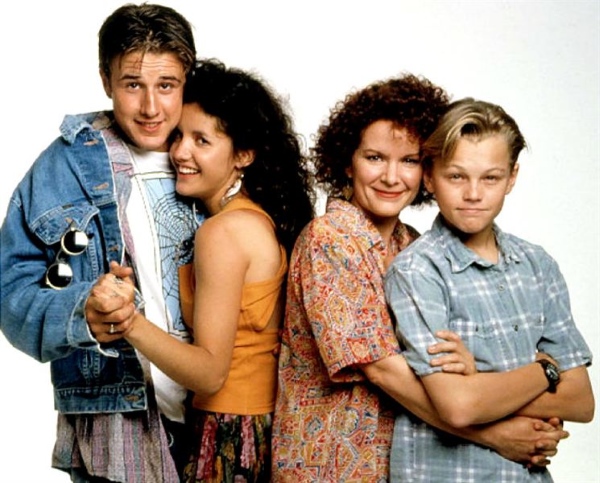 NBC has actually adapted Ron Howard’s 1989 theatrical feature twice – with the first attempt arriving on the small screen a year after the movie debuted. Though the 2010 version is great, the original series (penned by Joss Whedon) was sadly all too short-lived. Despite fairly strong reviews, the series only lasted all of 11 episodes before cancellation. Featuring the first big role for a teenage Leonardo DiCaprio and one of Joss Whedon’s first writing credits after Roseanne, Parenthood was a feel good family drama. It followed the four grown Braverman siblings as they share the joys, heartaches and headaches of parenthood in their California hometown while their parents deal with their own marital issues. Like so many great TV dynamics, the family lean on one each other while tackling the challenges of modern life. 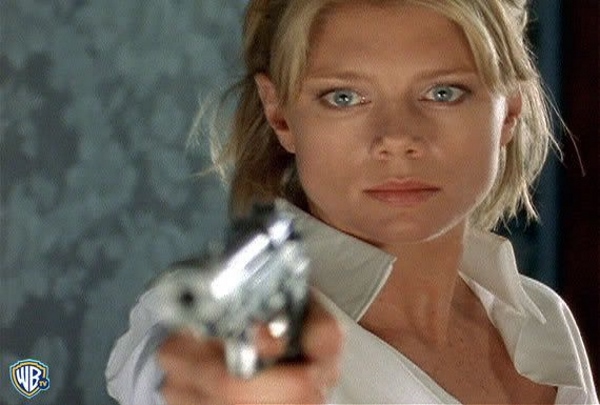 This action series based on the cult motion picture of the same name differed slightly from its predecessor. In the film, Nikita is a convicted cop killer recruited by the government after they fake her death. However, in this sexy, stylish spy series she is a young woman framed for murder and, faced with life imprisonment, an ultimatum arises where she offered the opportunity to work for a clandestine anti-terrorist organization known as Section One. This led to a much more interesting character arc as she chooses the life of espionage and soon discovers she is just a pawn in the Section’s games; all the while struggling to maintain her humanity. The property was relaunched again for the small screen in 2010 with a new cast, but the original series from the late 90s was an overlooked spy genre effort . 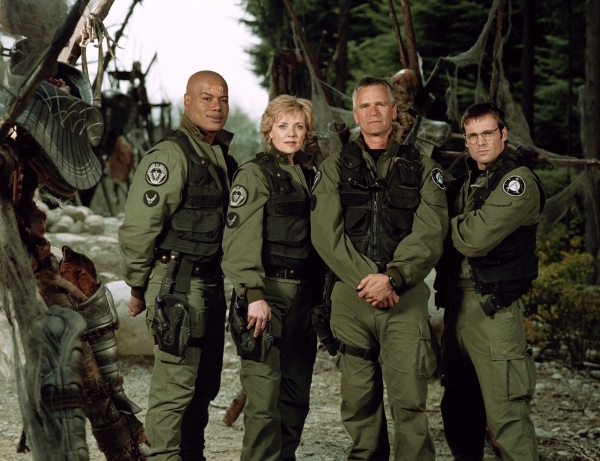 A sequel to the 1994 sci-fi blockbuster, Stargate SG-1 chronicles the further adventures of planet-hopping Stargate Command (SGC). Though SG-1 was cancelled by Showtime after its fifth season, production continued and new episodes aired on the Sci Fi Channel for another five seasons – making it American television’s longest-running science fiction series to date. If you weren’t a fan of the original movie then don’t worry, this series opened up more worlds with more interesting stories and cast. Though it came out at the same time as many other shows of the same genre, this franchise stood out thanks to its memorable settings, inventive scenarios and sense of awe. The series also went on to spark multiple spin offs including Stargate Atlantis and Stargate Universe. 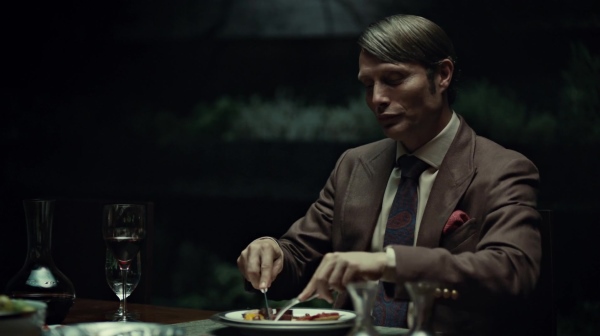 Although later entries in the film series didn’t inspire too much confidence, Anthony Hopkins was Hannibal Lector and the thought of someone else playing the sophisticated psychopath on the small screen filled fans with caution. Thankfully, all fears were put to rest when Mads Mikkelsen was cast as the ever charming (albeit, cannibalistic) serial killer who lived a double life helping the FBI track down people just like him. What started off as a procedural show slowly became a slow-burning serialized treat as showrunner Bryan Fuller pushed FBI profiler Will Graham to breaking point as he slowly unveiled the truth about the good doctor. 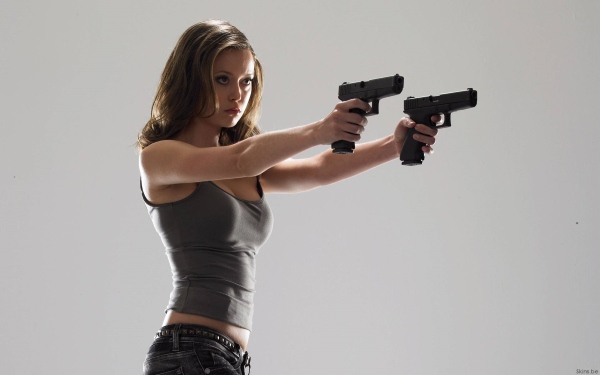 The seemingly never-ending Terminator franchise lept to the small screen with this adaptation set after the events of Terminator 2: Judgement Day. The show follows the same story of Sarah and John Connor as they become tired of fleeing from both killers from the future and law officers in the present day. Sarah decides to go on the offensive against whatever new technological enemies may travel back in time to murder her teen son, who is destined to become the saviour of mankind. While the characters remained the same they were recast for television with Lena Headey and Thomas Dekker taking centre stage. Although it lacked the Arnold factor, there was a new benevolent Terminator aiding the Connors, played by Serenity’s Summer Glau. While critics loved Glau and, for the most part, the series as a whole, unfortunately viewership fell and the promising sci-fi fugitive show was cancelled after just 31 episodes. 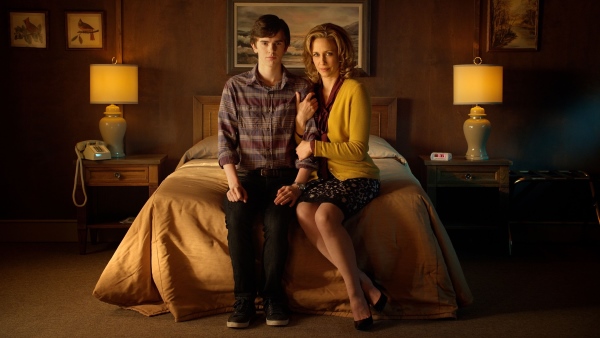 A contemporary prequel to the 1960 cult classic Psycho, Bates Motel focuses on the weird relationship between 17 year old Norman Bates and his mother, Norma, after they buy a motel in White Pine Bay. With some coaxing from his mother, Norman begins to open up to others and make new friends. But it isn’t long before they discover that some locals aren’t as friendly and welcoming as they seem and White Pine Bay isn’t as peaceful as it appears. It’s then that the two are forced to do whatever it takes to survive. Freddie Highmore perfectly plays the role of the deranged teenager as he starts to unravel, and Vera Farmiga is just as stunning as a mum who loves her son just a little too much. 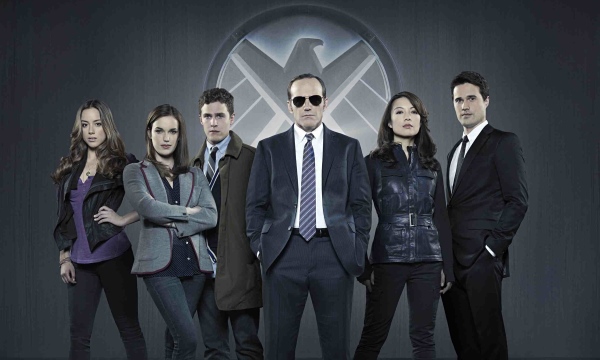 It’s not really fair to say that Agents of S.H.I.E.L.D. is based off one movie in particular as it covers the expanse of the entire Marvel Cinematic Universe. The show shares its continuity with the ever expanding Marvel films but more specifically follows the aftermath of The Avengers – the death of Agent Coulson sparks most of the series storylines as he and his team track down humans with special abilities. There are many points throughout the show that the latest movie plots tie in nicely, which is no small feat for an episodic show like this. Despite falling ratings, the TV show has really come into its own during the second season and its spin off series, Agent Carter, was a breath of fresh retro air. With a constantly expanding universe of storylines, Agents of S.H.I.E.L.D. has the potential to carry on for years. 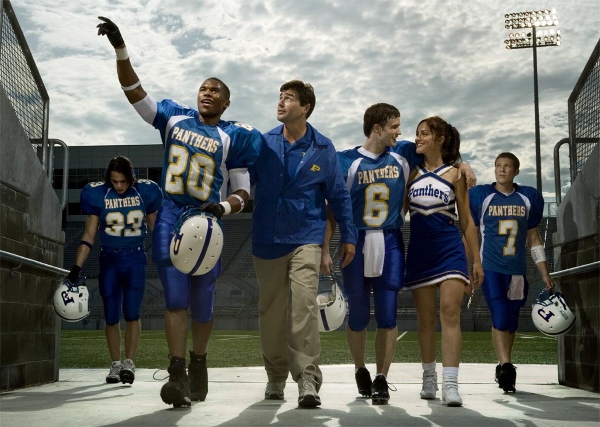 After directing the 2004 film adaptation of Buzz Bissinger’s nonfiction high school football book ‘Friday Night Lights’, Peter Berg decided to scrap everything, including locations and cast, and started again with a TV series of the same name. Only the small-town Texas setting and emphasis on high school football managed to survive this re-work to the small screen. The new adaptation went beyond just the football field and delved deeply into the fictional lives of the townsfolk of Dillon. Berg obviously did something right as Friday Night Lights was one of the most critically acclaimed television series of the last decade, although it had such a small following that it came very close to cancellation. Thanks to DirecTV the series was saved and continued on past the second season through to its fifth. There has even been talks of this story to return back to the big screen in the near future. 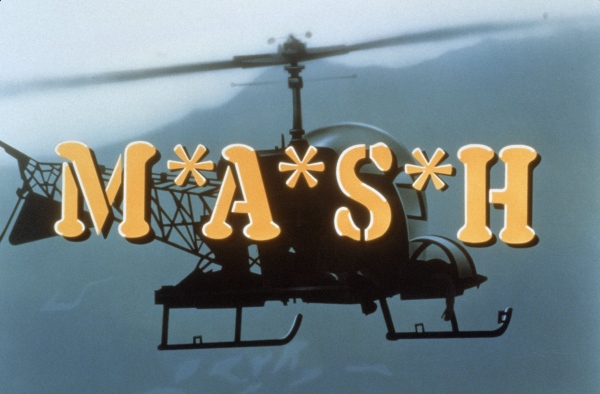 M*A*S*H was a tough act to follow; the 1970 feature film received five Academy Award nominations and won Best Adapted Screenplay. So when they decided to move to the small screen, the concept was seen as no easy undertaking, especially as none of the original cast would return for the show. However, the showrunners beat all the odds and produced a series which lasted 11 seasons of comedy and drama which arguably surpassed the source material. Based on the novel ‘M*A*S*H: A Novel about Three Army Doctors’, the series follows a team of doctors and support staff stationed at the “4077th Mobile Army Surgical Hospital” in South Korea during the Korean War. It showed that even in the darkest of times, humour, love and joy can be found. 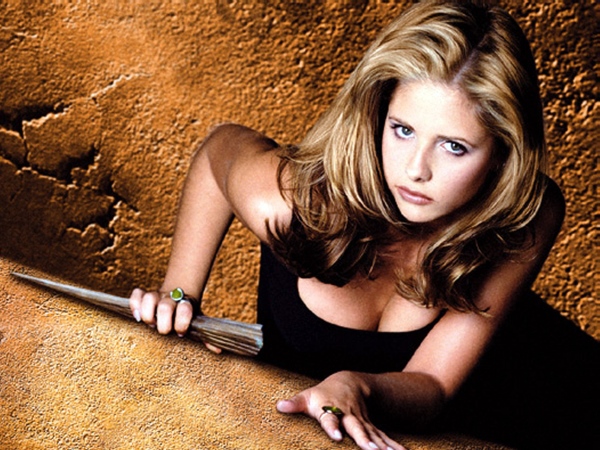 Buffy is a Slayer; one in a long line of young women chosen for a specific mission – to seek out and destroy vampires, demons and other forces of darkness. Her battles with evil are frequent since Sunnydale, where Buffy and her friends live, sits atop a gateway to the realm of the demons. Originally a film of the same name starring Kristy Swanson as Buffy, writer and creator Joss Whedon recognised the mistakes he made with the movie and decided to pen a television series to right the wrongs. Rather than starting over from scratch he made some slight changes in backstory and changed the leading lady to Sarah Michelle Gellar. The TV series was by far superior to the movie in every way. In fact, most people still don’t realise there was even a movie made first.

Top 10 Most Majestic Dragons In Movies

Top 10 Greates Spy Movies Ever Made