Many rappers have tried their hand at dabbling in film, but only a few really have the acting chops to go on to receive critical or box office success. Here are ten stars who have made it from the hip hop scene to the big screen. 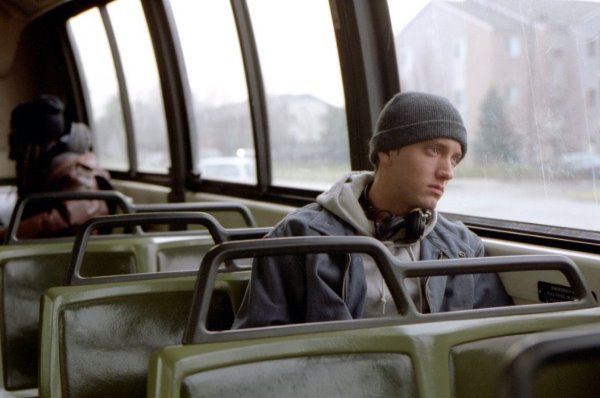 Arguably the most successful white rapper in history, Eminem has sold more than 155 million albums and singles worldwide. With such a huge success internationally, it was only a matter of time before he graced the big screen. However, unlike other rap stars who almost always started out in small supporting roles, this rhythmic rhymer went all or nothing to appear in his first movie as the lead. Based on Eminem’s own pre-success struggles in crime-ridden Detroit, ‘8 Mile’ not only won him his first Academy Award for co-writing the film’s theme (“Lose Yourself”), but also got him recognised worldwide as a talented stage presence.

DMX has tried his hand at numerous different creative projects. Not only has the rapper published a book of his memoirs, E.A.R.L, in 2003, but the star has appeared numerous times on screen. His acting career began in 1998 when he starred in Hype William’s rapper filled ‘Belly’, but it wasn’t until his second role in ‘Romeo Must Die’ that he was really taken seriously. Since then DMX has gone on to star in lead roles in 10 different movies such as ‘Exit Wounds’ (opposite Steven Seagal) and ‘Cradle 2 The Grave’ where he teamed up with Jet Li again. After his string of success on the big screen the rapper was then offered a few appearances on television before being granted his own reality show DMX: Soul of a Man. Even though in his song ‘Omen II’ he admits he had no idea what he had gotten himself into, he seems to have done alright as he’s sold 35 million albums worldwide while appearing on both the big and small screen.

After running his own record label, Bad Boys Records, in 1993, Sean ‘Puff Daddy’ Combs (or P. Diddy as he’s now known) made his own way into the rap scene in 1997 with his debut album ‘No Way Out’ which went multi-platinum. Unlike others on this list, Combs decided to follow the mentality of quality over quantity and has not starred in as many movies on the side – but each of his efforts has been widely acclaimed by critics. His screen career started with a small role in ‘Made’ before getting rave reviews as a convict awaiting the death sentence in ‘Monster’s Ball’. He then went back to focus on his music career before returning to the screen in the 2008 critically acclaimed TV movie ‘A Raisin in the Sun’ and with roles in shows like ‘CSI: Miami’, ‘Hawaii Five-0’ and ‘It’s Always Sunny In Philadelphia’. 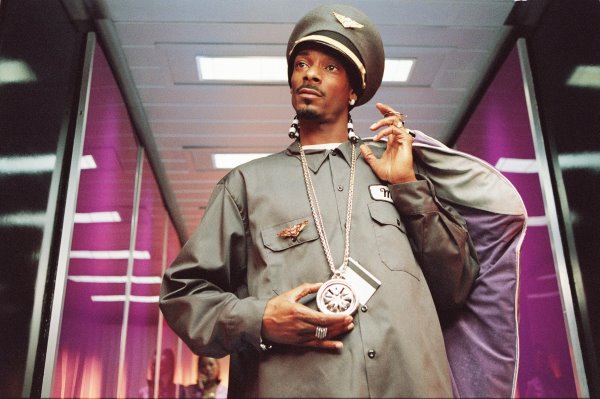 Rapper Snoop Dogg is renowned for his distinctive look and personality and, having appeared in more than 25 feature films and making countless appearance on television, Snoop is definitely our most active rapper actor. As you can imagine, most of these movies weren’t great quality and were mostly low-budget action films or comedies which happened to glorify a certain, leafy green plant. Some of his more well-known titles include the cult 1998 classic ‘Half Baked’ and the 2004 star-studded ‘Soul Plane’. However, some of his roles – like in John Singleton’s ‘Baby Boy’, the big screen rehash of ‘Starsky and Hutch’ as well as the critically acclaimed ‘Training Day’ – do hint that Snoop does have some screen talent when he puts his mind to it. 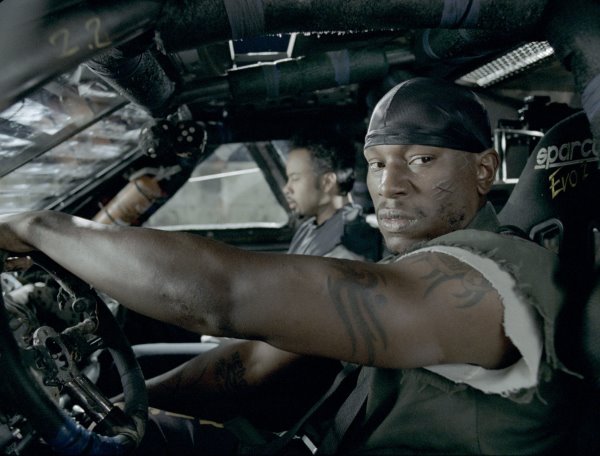 Tyrese Gibson became an indispensable members of the Fast and the Furious gang when he replaced Vin Diesel in the franchise’s second instalment. The budding actor also took part in ‘Flight of the Phoenix’ opposite Dennis Quaid and starred in all of Michael Bay’s ‘Transformers’ movies where he played Master Sergeant Epps. What many people don’t know about this star is that he is actually a nominated R&B singer-songwriter, author, television producer and even a former male fashion model. However, it seems that Gibson has found his true calling with fast explosions and furious cars. 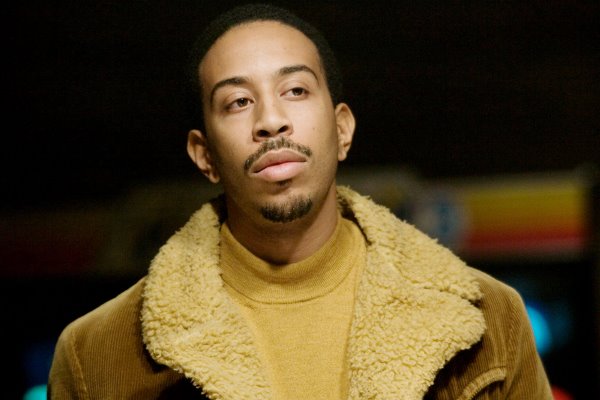 After making an inauspicious acting debut in the mediocre 2001 comedy ‘Wash’, Ludacris seemed destined to be another singer turned actor who was going to flop. However, Ludacris (real name Christopher Bridges) went on to prove everyone wrong when he scored the role of Tej Parker in ‘2 Fast 2 Furious’. His movie career blossomed and the rapper has since starred in 11 multi-million budget blockbusters, including the Oscar winning movie ‘Crash’. Along the way Ludacris has won Screen Actors Guild and Critics Choice awards as well as musical accolades courtesy of a Grammy and a few BET awards. 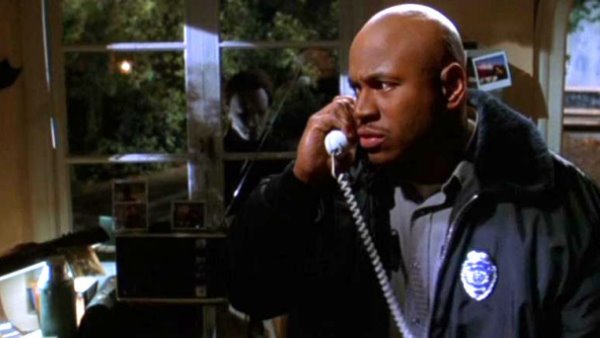 While he might be not be near the top of everyone’s acting wishlist, LL Cool J has proven that his acting career is no joke. While his portfolio may not contain some of the finest cinematic art ever dedicated to celluloid, his big charisma and presence makes him hard to forget. LL Cool J (Ladies Love Cool James) started his acting career with a string of forgettable, B grade movies. He wasn’t really taken seriously until he landed his own TV series ‘In the House’ which ran for a pretty successful four seasons. This rise in popularity led to him getting roles in bigger movies like ‘Halloween H20: 20 years later’, ‘Deep Blue Sea’ and ‘In Too Deep’. Although he’s had decent success in film, LL Cool J is better known these days for his starring role in ‘NCIS: Los Angeles’ and his hosting gig on the new show ‘Lip Sync Battle’. 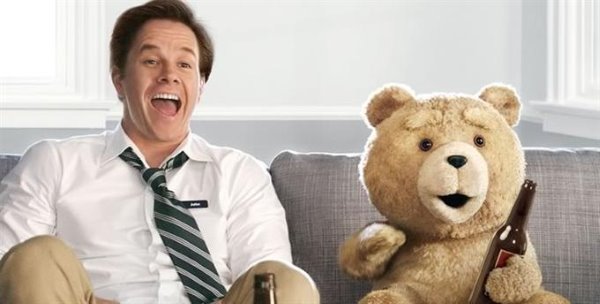 Not everyone knows about the secret life of this Bostonian. Before becoming an Oscar nominated actor and producer, Mark Wahlberg was better known by the name of Marky Mark – a rapper whose music style was a combination of hip-hop and eurodance. With only one chart topper under his belt (1991’s ‘Good Vibrations’) and a world famous Calvin Klein Underwear campaign on his resume, Marky Mark decided to change it up and try his hand at acting. Thank god he did. His first notable appearance was alongside Leonardo DiCaprio in the critically acclaimed ‘The Basketball Diaries’, but Wahlberg really made a name for itself as up-and-coming porn star Dirk Diggler in ‘Boogie Nights’. He followed this up with a steady stream of dramatic, action and comedy roles in the likes of ‘The Yards’, ‘Lone Survivor’, ‘The Departed’, ‘The Other Guys’ and the latest Transformers movie. Wahlberg also works as a producer and had creative input on the likes of ‘Entourage’ and ‘Boardwalk Empire’. 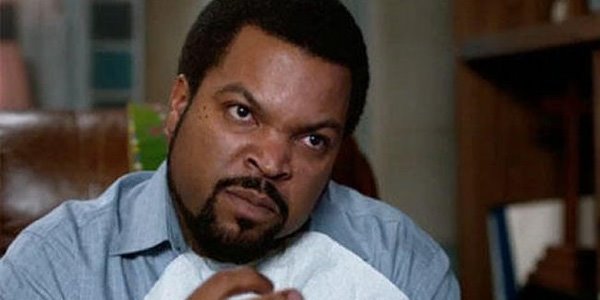 Making a name for himself as part of infamous rap group N.W.A, Ice Cube went solo in 1990 with the release of ‘AmeriKKKa’s Most Wanted’ and had an instant hit on his hands. Around the same time, he also decided to try out his acting skills and it wasn’t long before he landed a main role in the cult street drama ‘Boyz n the Hood’. Over the next few years Ice Cube’s acting career continued to spark more attention from critics and the public, making him a big hit at the box office. Starring in a mix of different genres, Ice Cube is one of the most versatile actors on our list and has juggled hardcore action movies like ‘XxX 2’, comedies like ‘The Players Club’ and ‘21 Jump Street’ as well as family movies like ‘Are We There Yet’ (which also spawned a TV show and a sequel). Some of his genre choices have certainly been questionable, but there’s no denying that this rap superstar has had one hell of a career in the movie business. 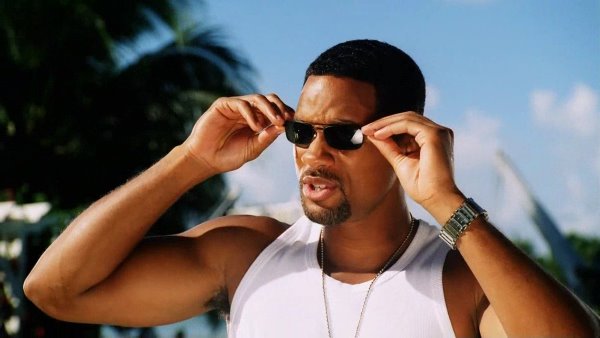 Starting out as the MC of the hip-hop duo DJ Jazzy Jeff & The Fresh Prince in the mid 1980s, Will Smith successfully secured a Grammy and a few hit singles before he became entangled in tax issues which left him with nearly nothing. Thankfully, NBC decided to build a show around his Fresh Prince character and so ‘The Fresh prince of Bel Air’ was born – still to this day one of the most successful American TV shows in history. The sitcom made Smith a household name around the globe. From there he went on to continue his comedic antics in movies like ‘Bad Boys’ before he turned to big blockbusters like ‘Independence Day’ and ‘Men in Black’. Proving he wasn’t just a light actor, Smith took on deeper roles which would ultimately lead to his first Oscar nomination in ‘Ali’. To this day he is still such a huge draw at the box office and has even introduced his offspring to the world of showbusiness – Jayden has took to the big screen and tamed the wild planet in ‘After Earth’ while daughter Willow has been whipping her hair back and forth with weird pop tunes.