Leonardo DiCaprio is a Hollywood anomaly. Unlike most of his child actor contemporaries who failed to make the jump to adult acting, he has somehow managed to avoid being typecasted and has built himself an impressive filmography featuring some of the greatest films ever made. This top 10 list will look at Leonardo DiCaprio’s top 10 movies. 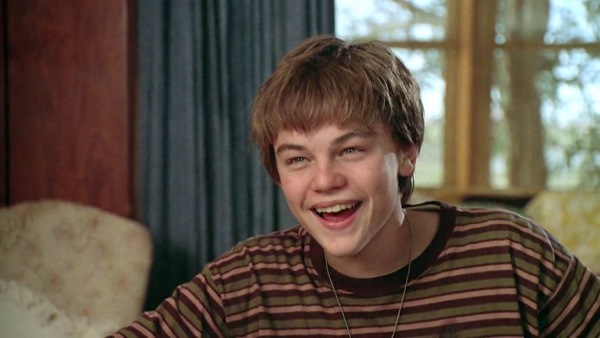 ‘What’s Eating Gilbert Grape’ is the film that introduced DiCaprio to the world. The film, directed by Swedish director Lasse Hallström, told the story of the Grape family, a dysfunctional American family living in Iowa. Johnny Depp played the film’s title character, ‘Gilbert Grape’, while DiCaprio played his mentally handicapped brother Arnie. The film followed Gilbert as he came of age and made difficult decisions about his future. While Depp was excellent as main character Gilbert, it was DiCaprio who stole the show with his performance as Arnie. He displayed an impressive maturity and range rarely seen in child actors and stole the limelight every second he was on screen. Critics adored What’s Eating Gilbert Grape and scored it an impressive 89% on Rotten Tomatoes. Film lovers also enjoyed the film, scoring it 7.8/10 on imdb. Impressively, DiCaprio was nominated for a ‘Best Supporting Actor’ Oscar for his work on the film. 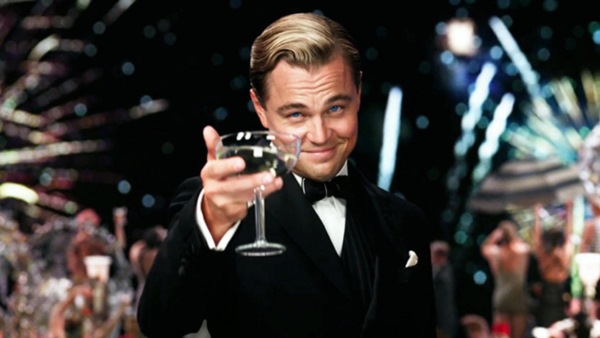 ‘The Great Gatsby’ is one of the greatest novels ever written. Written by American author F. Scott Fitzgerald in 1925, the novel told the story of Jay Gatsby, a charismatic millionaire with a flair for throwing extravagant parties. The novel was well written with deep characters and an interesting story that immediately captivated readers. To date, it has sold more than 25 million copies worldwide. 2013’s ‘The Great Gatsby’, directed by Baz Luhrmann, starred DiCaprio as the famous Mr. Gatsby. The film faithfully adapted the plot of the novel and DiCaprio delivered a fine performance as the title character. The Great Gatsby received mixed reviews from critics who scored it 49% on Rotten Tomatoes. While most praised DiCaprio’s performance and Luhrrman’s direction and design, the film’s pacing and dialogue were subject to a great deal of criticism. Film audiences generally enjoyed the film however, scoring it an above average 7.3/10 on imdb. 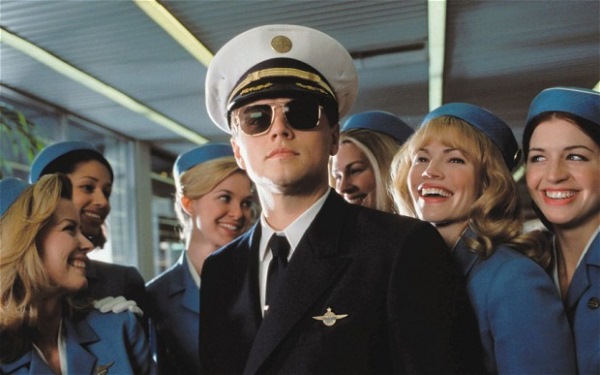 ‘Catch Me If You Can’ features one of DiCaprio’s most accomplished performances. The film, an adaptation of the autobiographical book of the same name, told the story of Frank Abagnale, one of the most famous con men to ever live. The film followed Abagnale as he learned the tricks of the forging trade and conned his way into jobs as a pilot, a doctor, and a lawyer. DiCaprio was incredible as Abagnale. He was immediately captivating and charismatic and embodied the role completely. Co-star Tom Hanks, similarly, delivered a great performance as FBI agent Carl Hanratty. Catch Me If You Can was one of the highest reviewed films of 2002 with 96% of critics giving it a positive review, as per Rotten Tomatoes. The film was also given a high rating by imdb users who scored it an impressive 8.0/10 on the site. 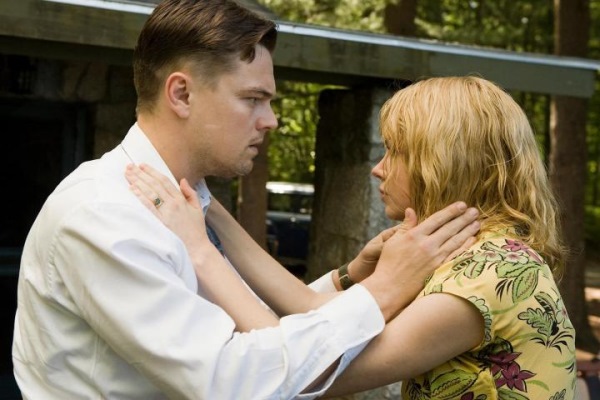 Martin Scorsese is a film legend. Born in 1942, the writer/director has written and directed some of the greatest films ever made. 2010’s ‘Shutter Island’ was the third collaboration between Scorsese and DiCaprio. The film, an adaptation of the psychological horror novel of the same name, followed a pair of US Marshals, played by DiCaprio and Mark Ruffalo, as they ventured out to the mysterious ‘Shutter Island’ to investigate the disappearance of a murderer imprisoned on the island. Shutter Island was a beautiful film. Scorsese’s direction was excellent and the film featured fantastic cinematography and set design. The film’s cast delivered great performances too, in particular DiCaprio and co-star Ruffalo. Critics received Shutter Island well and scored it an above average 69% on Rotten Tomatoes. Film audiences fell in love with the film, however, eventually rating it a high 8.1/10 on imdb.com. 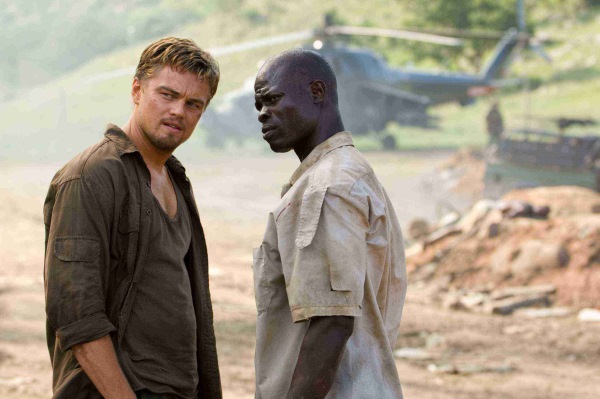 ‘Blood Diamond’ was one of 2006’s best film surprises. Directed by Edward Zwick and written by Charles Leavitt, the film starred DiCaprio as Danny Archer, a Rhodesian gunrunner with an eye for diamonds. The film followed Archer as he teamed up with fisherman Solomon Vandy, played by Djimon Hounsou, as they travelled across South Africa to rescue Vandy’s son from the clutches of the evil warlord Captain Poison’s private militia. Blood Diamond was a well written, well paced political action thriller. DiCaprio was perfectly cast as main character Archer and his onscreen chemistry with co-star Hounsou was perfect. Audiences couldn’t help but cheer on the two heroes as they fought to save Vandy’s son. The film received decent-to-positive reviews from critics who gave it an overall 62% score on Rotten Tomatoes. While many critics felt that the film had some issues with its direction, few had bad things to say about DiCaprio and many praised his authentic Rhodesian accent. Like most DiCaprio films, Blood Diamond fared better with film audiences than critics. Today, the film is rated an impressively high 8.0/10 on imdb. 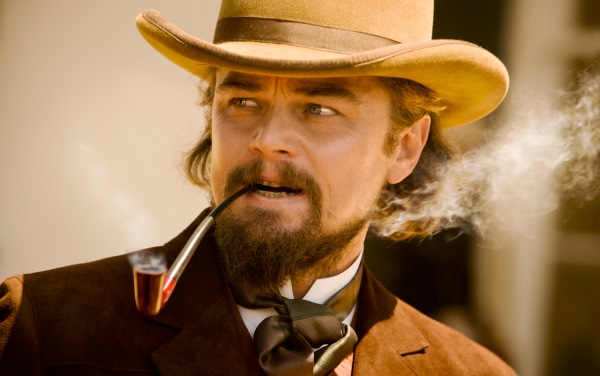 Quentin Tarantino is one of the most revered film directors in the world. After exploding onto the Hollywood scene with his 1992 film ‘Reservoir Dogs’, he has made some of the greatest films the world has ever seen. 2012’s Django Unchained saw Tarantino teaming up with DiCaprio for the first time. The film starred Jamie Foxx as Django, a slave hellbent on getting revenge on his former ‘white masters’. The film followed Django as he learned the tricks of the bounty hunting trade from his teacher Dr. King Schultz, played by Christoph Waltz. While Waltz and Foxx delivered fine performances from the film, it was DiCaprio that stole the show with his performance as plantation owner Calvin Candie. Critics reviewed Django Unchained positively giving it an overall 88% score on Rotten Tomatoes. Film audiences similarly fell in love with the film, giving it an insanely high 8.5/10 score on imdb.com. 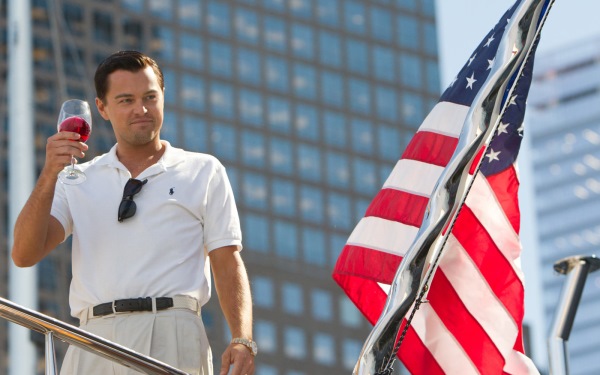 ‘Wolf of Wall Street’ was the fifth collaboration between Scorsese and DiCaprio. The film, an adaptation of autobiographical novel of the same name, is one the lewdest, most crude films ever made.
Wolf of Wall Street saw DiCaprio playing Jordan Belfort, a thieving stock broker who made millions conning tens of thousands of business owners around the world. The film followed Belfort’s meteoric rise and his eventual fall back to Earth. DiCaprio was fantastic as Belfort. He was charismatic and likeable yet, at the same time, slimy and despicable. DiCaprio’s co stars, Jonah Hill and Margot Robbie, were also excellent in their roles as Belfort’s business partner and wife. Wolf of Wall Street received generally favourable reviews on Rotten Tomatoes where it scored an above average 77%. Audiences rated the film higher, however, scoring it 8.4/10 on imdb. 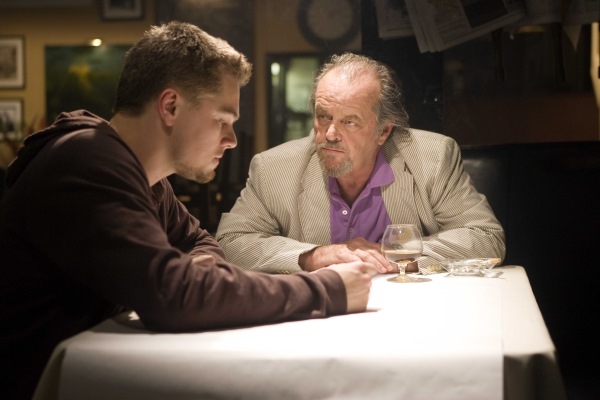 2006’s ‘The Departed’ was the fourth, and arguably the best, film collaboration between Scorsese and DiCaprio. Based on the 2002 Hong Kong crime epic ‘Infernal Affairs’, The Departed starred DiCaprio as William “Billy” Costigan, Jr., an undercover cop trying to infiltrate a crime gang headed up by Francis “Frank” Costello, played by Jack Nicholson. The Departed had it all: sublime direction, great acting, and a fantastic script. The film was reviewed well by critics who scored it a positive 86% on Rotten Tomatoes. Audiences, similarly, enjoyed the film, rating it 8.5/10 on imdb.com. The Departed also scored big at the 2007 Oscars, taking home the Best Picture, Best Director (Scorsese), Best Adapted Screenplay, and Best Film Editing Oscars. 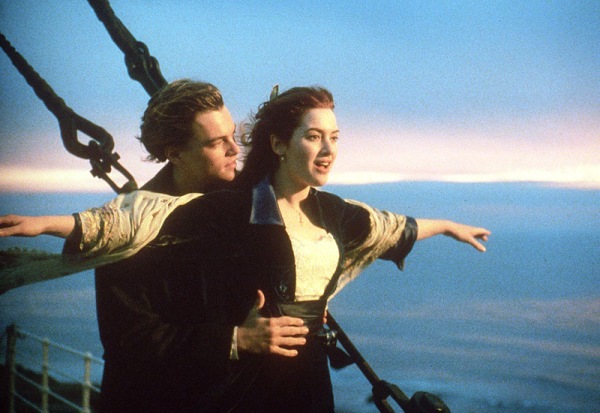 James Cameron is one of the most talented and forward thinking directors in Hollywood. While most of his peers have preferred to stay within their boundaries, Cameron has enjoyed pushing them by working on big scale productions with huge budgets. 1997’s Titanic was one of the biggest productions Hollywood has ever seen, second only to Cameron’s 2009 film Avatar. The film starred DiCaprio as Jack Dawson, a fun loving explorer who wins a ticket to ride the great ship Titanic to America. The film followed Dawson as he met and fell in love with Rose, played by Kate Winslet, and struggled to survive after the Titanic hit an iceberg. Titanic was a near perfect Hollywood blockbuster. Cameron’s script, direction, dialogue, and pacing were perfect, and DiCaprio and Winslet delivered fantastic performances as the two ill fated lovers Jack and Rose. Critics reviewed Titanic well, giving it an overall score of 88% on Rotten Tomatoes. It was audiences who embraced the film fully however, making it the second highest grossing film of all time. To date, the film has grossed an astronomical $2.18 billion on the worldwide box office. Titanic was also a big winner at the Oscars. The film won no fewer than 11 Oscars, including Best Picture and Best Director, tying 1959’s Ben Hur for the most Academy Awards won by a single film. 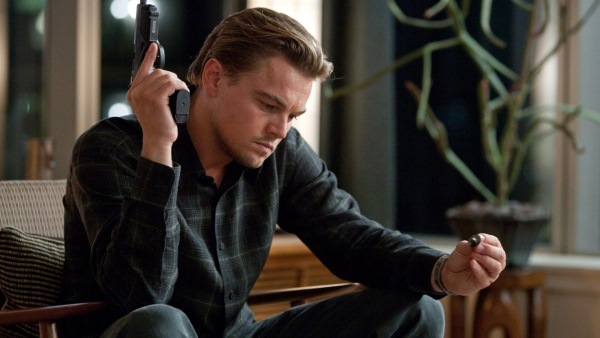 Director Christopher Nolan is one of the few filmmakers working in Hollywood to have never made a bad film. Even his lowest rated film, Insomnia, is generally considered a great film. 2010’s Inception is one of Nolan’s finest. The film, a futuristic heist thriller, starred DiCaprio as Dom Cobb, a con man specialising in dream manipulation. The film followed Cobb as he infiltrated the mind of a wealthy businessman to commit Inception: the act of planting an idea into another person’s subconscious mind. Inception was a smart, well paced, well written, well directed thriller. Nolan’s script was excellent and he did a fantastic job bringing it to life with cinematographer Wally Pfister. Arguably Inception’s biggest triumph was its performances, however. DiCaprio was pitch perfect as Cobb, as was the supporting cast of Michael Caine, Ellen Page, Tom Hardy, Joseph Gordon Levitt, Ken Watanabe, Cillian Murphy, and more. Inception was one of the highest reviewed blockbusters of 2010. It was given an 86% score on Rotten Tomatoes by critics. Audiences loved the film too, scoring it a high 8.8/10 on imdb, making it the highest scoring film in DiCaprio’s filmography and the best film DiCaprio has ever made.