Fashion designers are renowned for their ability to reinvent and rejuvenate trends all around the globe. Some do it so effectively that they become stars in their own right, having forever shaped the industry through their distinctive designs.

American fashion designer Ralph Lauren began his career in 1967 after securing the backing of Manhattan clothing manufacturer Norman Hilton. He first opened a necktie store, selling his own designs under the ‘Polo’ label, before establishing his own boutique 4 years later. After winning a COTY Award for his menswear line, Lauren moved into womenswear with a line of suits tailored in a classic men’s style – bearing the distinct ‘Polo’ emblem we all know today. Today, the Ralph Lauren Corporation has over 35 boutiques in the United States, London, Milan, Tokyo, Moscow and Paris, along with a further 600 stores worldwide. In 2014, the company posted revenues exceeding $4 billion and Ralph Lauren’s personal wealth is estimated to be more than $8 billion.

Italian-born designer Pierre Cardin is renowned for his avant-garde and Space Age designs which make 20th Century clothing appear as though they were designed in the 25th Century. He often ignores the feminine form and prefers geometric shapes which produce experimental, if impractical, pieces (such as the bubble dress). After opening his own shop in 1950, Cardin’s career was given a significant boost when he designed over 30 costumes for a masquerade ball held at the Palazzo Labia, hosted by the eccentric millionaire Carlos de Beistegui. Cardin became the first couturier to enter the Japanese market after travelling there in the late 50s. His influence spread to the Philippines after he did a total redesign of their national costume, the Barong Tagalog. In contrast to the traditional baggy design, he made it more slim-line and fitting, where it was even favoured by President Ferdinand Marcos. Although he saw a slight decline after attaching his name to less fashionable items, he will forever be remembered for his futuristic, over-the-top designs.

New York fashion designer Donna Karan began her career working as assistant designer for Anne Klein before eventually becoming head designer following her death. Ten years later, she left the company to start her own venture designing modern clothes for modern people. Karan became well known for her ‘Essentials’ line – initially offering seven pieces which could be easily mixed and matched and always insisting she would only design clothes that she felt were practical and that she herself would wear. Her brand, DKNY, extended her women’s line to offer even more affordable clothes whilst still being fashion forward. This line would eventually expand to include jeans and underwear, and for men it would expand into suits, dress wear, formal wear, casual wear and sports.

French designer Christian Dior is known as one of the world’s most famous fashion houses. The first store was opened by Dior in February 1947. Originally named ‘Corolle’ – the botanical term for flower petals – the designs he presented were counter to the fabric-conserving clothes of post-World War II rations and focussed on voluptous designs, being quoted as designing ‘flower women’. The collection was rebranded ‘The New Look’ by the editor-in-chief of Harper’s Bazaar fashion magazine. Although he suffered initial backlash due to the amount of fabric used in one suit, the general public came round to his designs. ‘The New Look’ revolutionised women’s fashion and helped Paris become the powerhouse of the fashion industry. Whilst holidaying in Italy during 1957, Dior suffered a fatal heart attack. Much speculation exists around the cause of his death; some say he choked on a fishbone, others claim he died after playing a game of cards. Raunchier rumours suggest that he died during a strenuous sexual encounter.

English fashion designer Vivienne Westwood emerged from the punk scene during the 1970s when she made clothes for Malcolm McLaren’s boutique. Her first line became famous as ‘SEX’ and she became deeply fascinated and inspired by the shock-value punk provided. McLaren’s band The Sex Pistols became her muse and were frequently seen wearing her designs. The ‘punk-style’ frequently included inspiration from bondage gear, safety pins, prostitutes, razor blades, bike chains and spiked dog collars – all of which became evident in her designs. Westwood has been commissioned for many notable clients including Marion Cotillard, Princess Eugenie, the Duchess of Cornwall, Gwen Stefani and Pharrell Williams as well as having her designs featured in the ‘Sex and the City’ film. Westwood’s style may not be as controversial as it once was, but she remains in the public eye thanks to her political campaigning and the production of special merchandise.

Italian born Giorgio Armani is renowned for his menswear style which features clean, tailored lines. He founded his own label, Armani, in 1975 in Milan. Presenting his own ready-to-wear men and women’s line, within just a few years his label had expanded to include accessories, swimwear and underwear. He quickly became one of the leading names in international fashion and began to use new and, at the time, unconventional methods of advertising. These included television ads, enormous street billboards and a relationship with the world of cinema. The latter began in 1980 when he designed the costumes for ‘American Gigolo’. This venture has seen immense success and Armani has designed clothing for more than 100 movies. He is considered to be one of Italy’s most acclaimed and successful designers with recent annual revenues exceeding $1.6 billion and a personal wealth of $8.5 billion.

Calvin Klein debuted his first shop in 1968 with an initial collection that was noted for its line of youthful and understanded clothes and dresses. Less than a year later, he was featured on the cover of Vogue Magazine. For three years running, Klein won the COTY Award for his womenswear collection, becoming the youngest recipient at the time and boosting his sales to an impressive $30 million per year. He first caused a public craze when he created designer-jeans with branding on the back pocket. They grossed more than $200,000 in their first week on sale. The ‘jean fever’ reached an all time high during the early 1990s when he followed up with an underwear collection. After a wildly successful marketing campaign featuring Mark Wahlberg, his range became so successful that the underwear soon became known as ‘Calvins’. Although he no longer oversees the design of his range with as much influence as he once did, it’s hard to deny the impact Calvin Klein has had on the fashion industry and our underwear buying habits.

Yves Saint Laurent first entered the fashion industry working for Dior, albeit at first with minimal influence. However, as his time at the company continued, he found himself submitting sketches for the couture collection, many of which were accepted. When Dior died, Saint Laurent became the head designer for the House of Dior at the age of 21. His collection immediately brought the company back from near financial ruin and catapulted him to international fame with his clean cut, straight-lined creations. After leaving Dior in the 1960s, he started his own house of fashion and immediately set fashion trends with designs such as the beatnik looks, safari jackets, tight trousers and the classic tuxedo suit for women known as ‘Le Smoking’. Saint Laurent is regarded as one of the most consistently celebrated and influential designers, modernising high-brand couture with ready-to-wear looks for the public. Today, his brand offers a broad range of men and women’s products, leather goods, shoes and accessories.

Tom Ford began his fashion career after badgering American designer Cathy Hardwick for a role in her company, despite concealing the fact that his degree was in architecture and not fashion design. He soon felt the need to exit the American fashion industry and entered the European market, claiming it was looked down upon to be stylish in America. He found himself working for Gucci as the brand’s women’s ready-to-wear designer. At the time, Gucci was seen as a faltering brand which was suffering an extreme downfall. During his time there, Ford became Gucci’s creative director and quickly increased their sales by 90%, and taking the company from near bankruptcy to being worth in excess of $10 billion. In 2004, he created his own line under the ‘Tom Ford’ label. Amongst his achievements is dressing Daniel Craig for all of his Bond outings. The multi-talented Ford also dabbled in film production and directed the feature ‘A Single Man’, starring Colin Firth. The film was a critical success and took home a number of awards, adding nicely to his already huge collection of fashion wins.

Renowned fashion designer Coco Chanel is often credited with liberating women from constricting corseted silhouettes and bringing in casual chic as the new feminine standard. Some of the many achievements of the House of Chanel are the perfume Chanel No. 5, the Chanel Suit and ‘the little black dress’ – a simple, short cut dress intended to be long lasting, versatile and affordable, whilst its colour was considered neutral and therefore accessible by all.
Chanel’s initial triumph came with the innovative use of jersey fabric. Once only used for undergarments, she began manufacturing it for use in skirts, jackets and a pullover top. This quickly became the casual look in inexpensive women’s wear, being both practical yet fashionable. Chanel not only revolutionised fashion, but she had a hand in making even suntans popular. Once considered a mark of those unfortunate enough to have to work outside, Chanel turned these into a symbol of a leisurely life and privilege – a trend continued to this day. 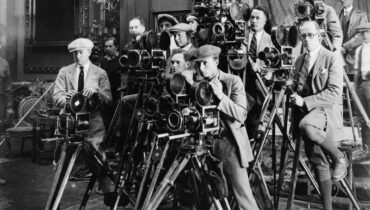 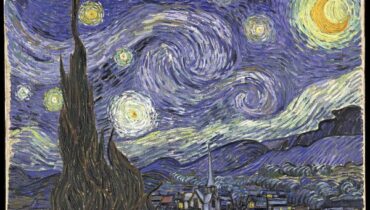 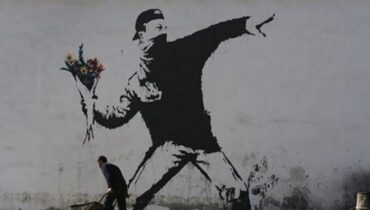