Trees hold enormous cultural and historical significance across many Asian countries, not least for their prevalence in mythology. You need think only of the special social significance of the yearly Cherry Blossom season in Japan or of pine trees (sōng​shù) in Chinese paintings to understand their deep seated relevance to cultural life. Yet trees also provide very real, physical symbols close to the heart of Asia. Here we list the 10 most famous real trees on the world’s largest continent.

Located in the botanic gardens of Shibpur just outside of Kolkata, India, The Great Banyan is a large Indian banyan tree well over 250 years old. Made up of many sprawling aerial roots, the tree occupies an area of 18,918 square metres.

This sacred fig tree found in Mahamewna Gardens, Sri Lanka, is immensely special. It is said to be one of the original branches under which Buddha attained enlightenment. Planted in 288 BC, it is also the oldest human-planted tree on earth.

Hibakujumoku means survivor tree and it is used to reference many trees which survived the atomic bombing of Hiroshima. Comprising numerous species, each tree is well signposted for tourists to contemplate and remember.

Located in Yakushuma, Japan, Jōmon Sugi is the oldest cryptomeria tree on the Ōsumi Islands, estimated at somewhere between 2,170 to 7,200 years of age. It takes its name from the Jōmon period of Japan’s prehistory. The tree holds a significant place in Japan’s postwar history as a symbol of forest protection.

This particular tree is a Prosopis cineraria found in the Arabian Desert within Bahrain. The tree is considered something of a miracle in religious traditions for its ability to survive without immediate water. Legend has it that the tree stands at the original spot of the Garden of Eden.

This banyan tree found in Anantapur, India, covers an impressive 19,107 square metres, making it the largest tree in the world. It holds great religious significance and is said to bless childless couples with offspring.

Morbidly known as the killing tree, this tree is the infamous spot of many child murders as performed by the Khmer Rouge. It is located in one of the Killing Fields of Phnom Penh, Cambodia, and remains in remembrance of the nation’s dark past.

Unlike other banyan trees in India, the Big Banyan Tree has taken on the unusual appearance of being made up of multiple offshoots due to its main root suffering from disease. At 12,000 square metres, this tree attracts many tourists visiting the Bangalore region.

The Bodhi Tree in Bodh Gaya, India, is a sacred fig tree. As a site of pilgrimage, the tree is the centrepiece of Mahabodi Temple. Although the exact age is unknown, it is revered by Buddhists as the meditation spot for Buddha.

The tree at Ta Pohm (Angkor) is magnificent and mesmerising because it appears to grow directly out from the 12th century ruins. As one of the most frequently visited tourist sites, the area is protected by UNESCO. 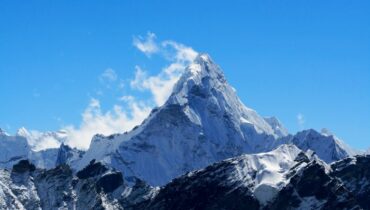