When it comes to the mother-infant relationship, human beings have shown the greatest attachment for time immemorial. During early stages of growth which is usually between ages zero up to 2 years, this relationship has been seen to be stronger since the infants are more dependent on their moms. It’s from the fact that after birth, most infants usually have fewer survival instincts and have to depend on their moms for survival. However, less attention has been given to animals, although after deep research on their ways of life, it has been discovered that animals too have much greater maternal care than we thought. In, fact, some aimals are just better mothers than humans can ever be. Who won`t die for their young ones? Below is a list of ten most amazing moms in the animal kingdom that have been discovered to display far greater maternal care than we could imagine. 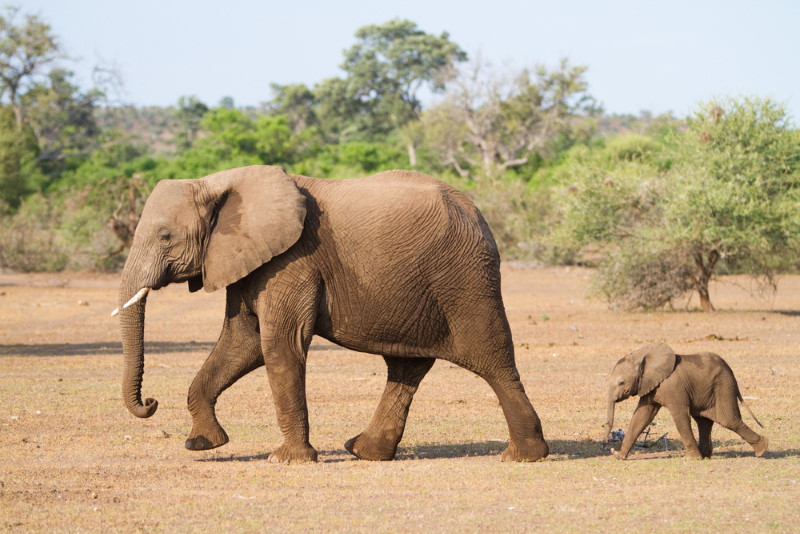 As giants of the jungles from Africa to Asia, elephants emerge as the most patient and also ferorious mothers on earth. After spending 2 years pregnant and experiencing the hardest labor pains as they give birth to the world`s largest babies, these beautiful beasts still show a motherly instinct that can`t be igored. It’s so fascinating that after birth, other ladies in the herd join the daycare and protection scheme and helps babysit the young ones even the ones that don`t have babies. These full time sitters called, ‘allomothers’ help in every aspect of raising the baby elephant until is able to survive on its own. 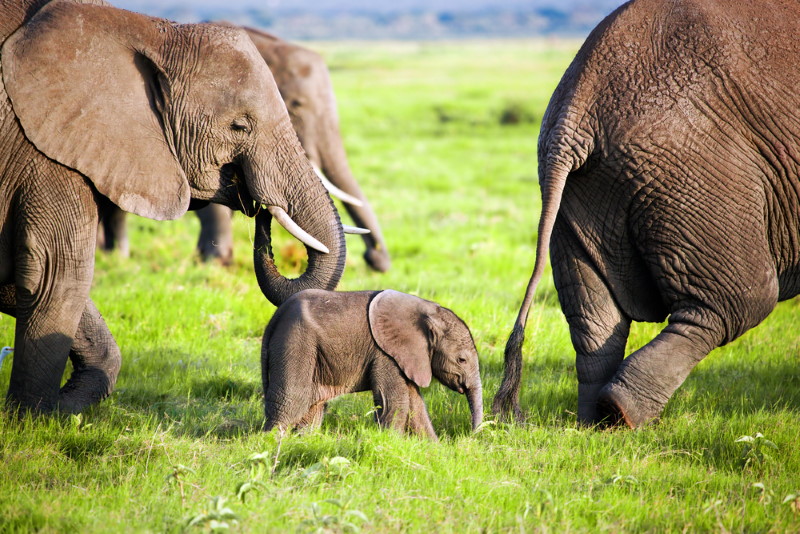 The mother and other members of the herd also ensure ultimate protection of the infant from predators protecting the yound ones with their lives. They do this by making sure that whenever they are herding, the infants walk in the middle of the herd to cushion them from predators’ sight. This does not only end there, but the relationship between baby elephant with their mothers is unending until their maturity. 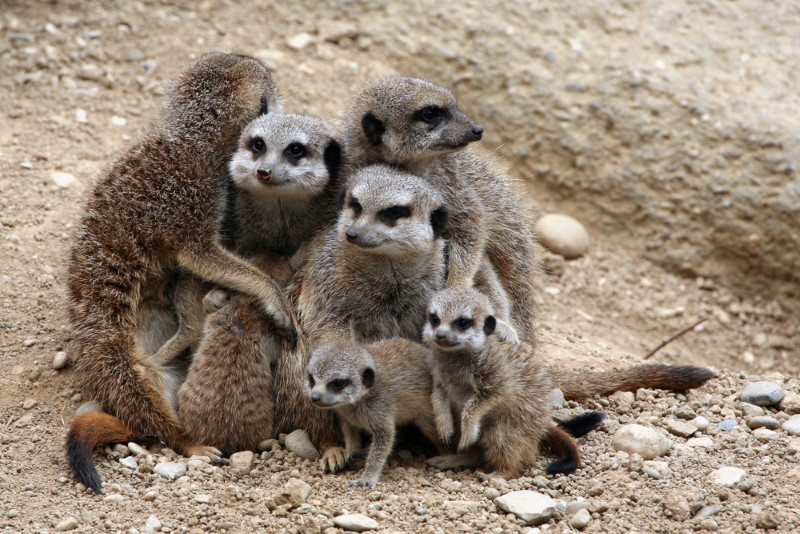 Meerkats are small carnivorous animals found in the mongoose family but way more motherly than the mangoose. They always live in a clan consisting of about 20 or more members in a matriachial structure that puts the young ones before any other needs of the clan. In these clans, there is one dominating pair for producing new pups while the rest of the clan ensures the security and satisfaction of the pups until they are weaned. The hardest tasks go to the auts and sisters who are tasked with ensuring the safety of the young ones. These poor ladies are forced to be the best foster mothers in the animal kigdom taking care of babies knowing they may ever have their own, 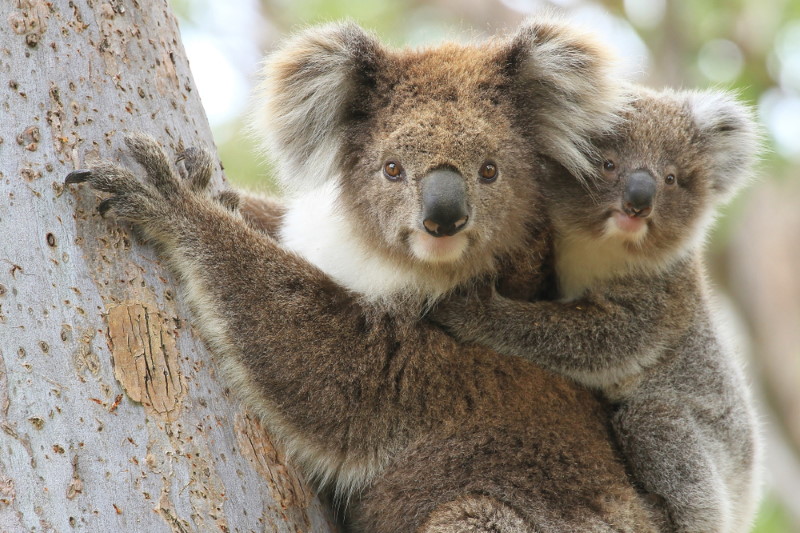 Koalas are one of the most endangered species in the world and all koala mother have to do the unthinkable to put food on the table, or atleast to ensure that their poop doesn`t drop down but rather feed their young ones. They live a very antisocial life; however, bonding only exists between mothers and their young ones who are still dependent. Koalas generally live in eucalypt woodlands where leaves from these plants make up their primary diet. The leaves are full of toxic substances and the babies are just not ready for their staple food yet. This is where the mothers have to perform miracles to wean their young ones. Maternal milk is very important in the diet although the leaves don’t help the mothers to release much milk either so the mothers have to resort to scooping their own poop to feed the young ones. 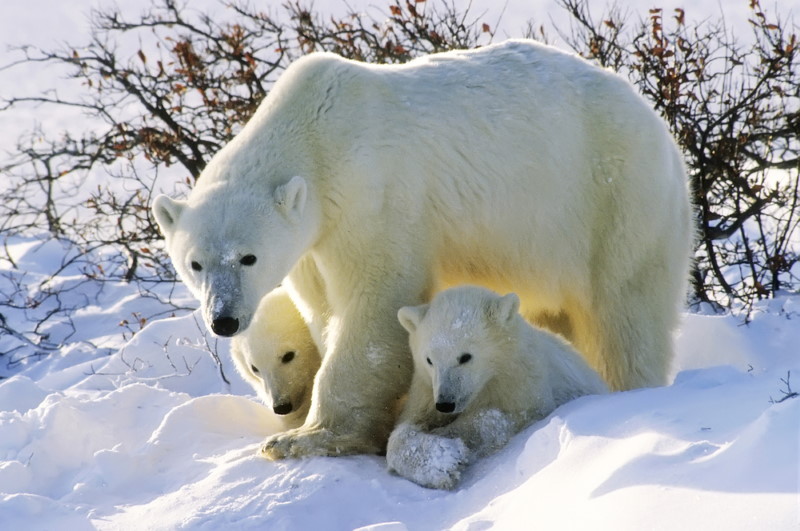 Polar bears are some of the most ferocious mothers in the world, they don’t just feed their young ones, they literally melt their bodies to provide the much needed breast milk. Their young ones are protected through teeth, claw and extreme patience. When the winter comes, polar bears go into hibernation but the saddest aspect is that most of them already have babies at the time. Hibernating with up to three cabs sometimes without any reserve food is a sure death sentence for most animals. 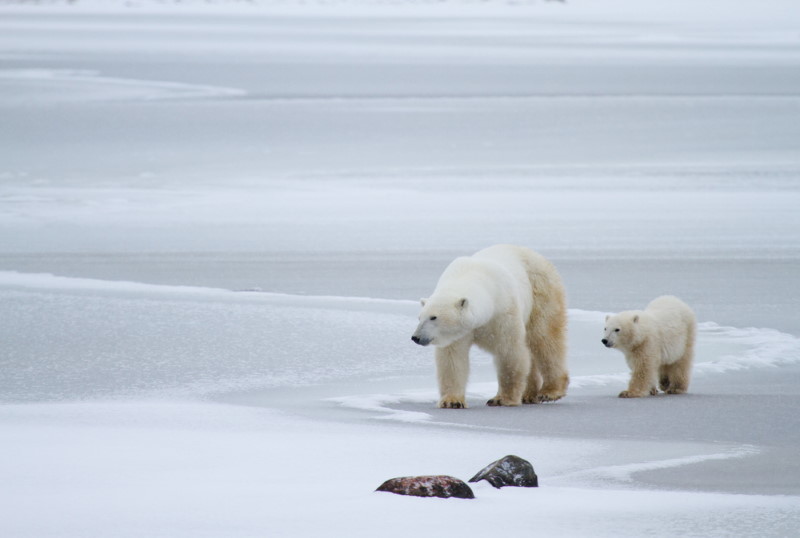 Polar bear mothers however ensure that they have fattened up enough to store enough to cover their children`s needs in the winter. This effort becomes harder if she has to raise two or more cubs in the den without food for three months. While struggling not to eat her young ones through the hunger, she still has to fight off male bears which will kill and eat young ones just to get a chance to mate with their mothers. This process may continue for two years before the young ones are grown enough to take care of themselves. 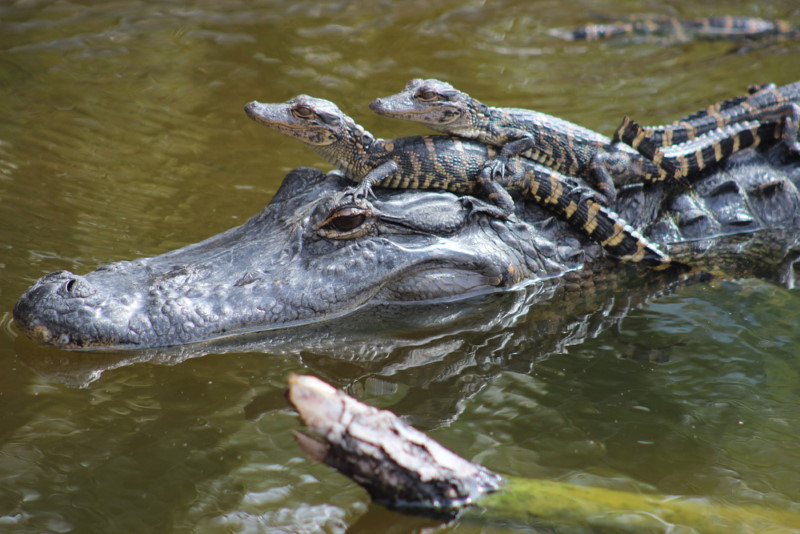 Alligators are one of the biggest reptiles on earth and their maternal instinct is so amazing. After laying egg in a nest, these mothers with the strongest bite force in the world spend hours tucked up in their nests to protect her eggs from egg thieves. The hatching may take up to four days and the mothers will spend all that time incubating the nest without eating a thing. When the hatching time comes, the mothers help the young ones that cannot break through the tough egg shells then carry as many of the little killers in their mouths as they can to the water.

Alligators are ferocious and cannibalistic but not to their young ones, the mother will fight off a whole school of alligators and other carnivores for a whole year just to see her young ones survive. mouth for maximum protection. It does not just end there, the mothers will go ahead to teach their babies skills in swimming, eating and hiding away from enemies. 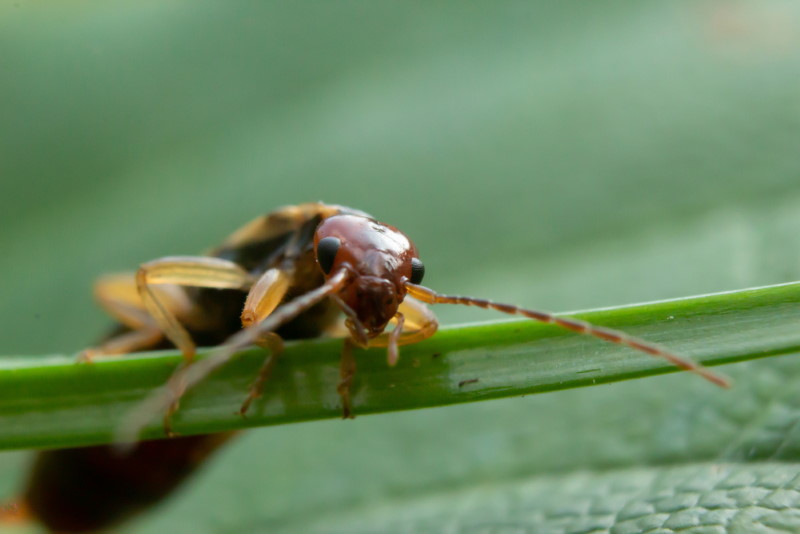 When one happens to mention the family of insects, no one will ever think of this type of insects since during daytime, they usually hide in their habitats and only become active at night during which they feed on plants and insects. For most insects, maternal care is uncommon; however, with earwigs is not an option. Female earwigs usually provide warmth and protect their eggs from predators. They also clean them to prevent fungus formation and infections. During this time, mothers will go to the extent of not feeding on any other food apart from the unhatched eggs. This does not only end there, female earwigs also help their young ones shed off their shells and protects them until they reach their second stage of molting. 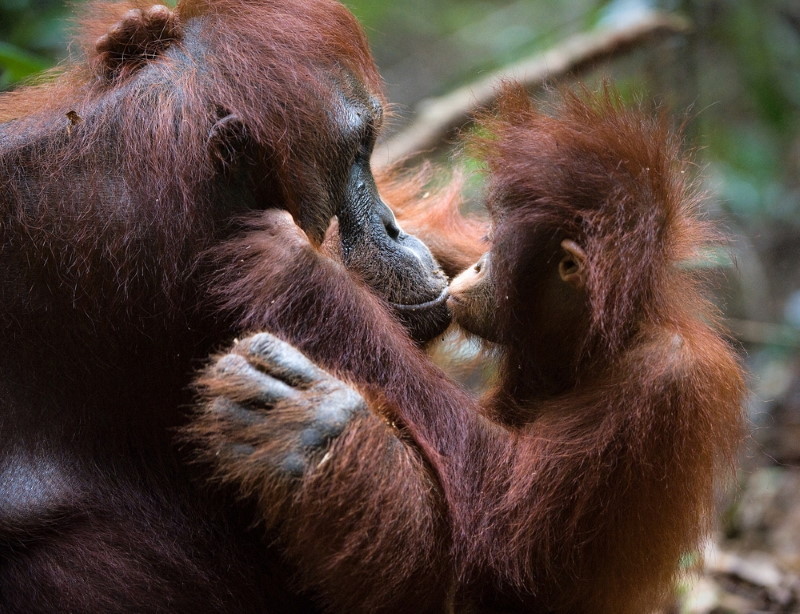 In the family of apes, we happen to be mostly familiar with the black species of chimpanzees and gorillas; however, there exists this species of apes which are reddish-brown in nature whose habitat is of arboreal nature. The female orangutans usually have babies after every 8 years or more which means they have more ample time to spend with their babies. These infants are usually dependent on their mothers during their first 2 years of growth. 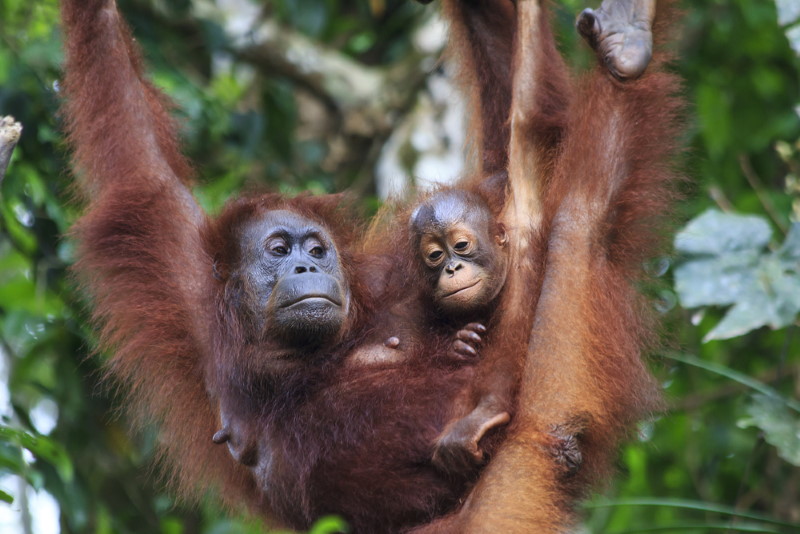 During evenings, their mothers usually make nests purposely for keeping their infants warm and will go to the extent of cuddling with them throughout the night. They breastfeed their babes until five years of age making them the most resilient mothers in the ape family. Mother-infant relationship is never unending even after maturity, it remains a tight family bond for life.

This species of seals have the difficulty of raising their young ones in the ice covered environments which are inhabited by polar bears whose main pray are the seals. The female seals have the task of ensuring ultimate protection of their infants by digging dens underneath the ice. During this period, female seals breastfeed their babies on milk which is approximately 48% concentration of fats. 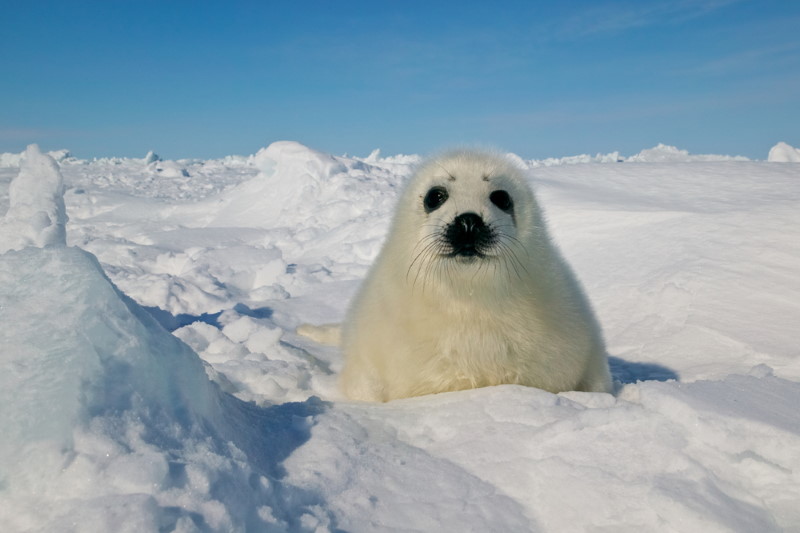 The female seals also go to the extent of spending up to 12 days breastfeeding their infants without eating anything. It is at this time that the females lose approximately 7 pounds of fats while the infants gain up to 5 pounds of fats within a fortnight of their birth. Mother-infant relationship of seals continues until when they can independently survive on their own. 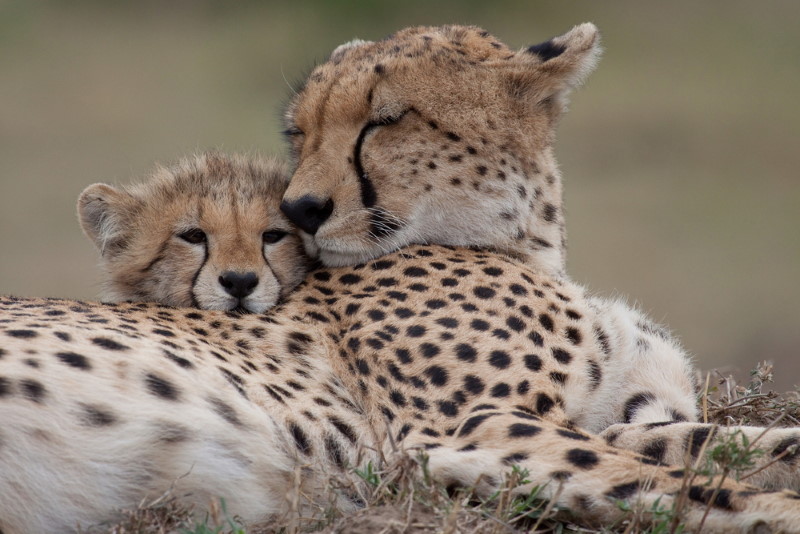 The fastest mothers on earth are also the best mothers you could ever ask for. cheetahs are well known to be the prowess of all when it comes to hunting but their protective nature for their young ones is better than any wild cat. Cheetahs breed throughout the year with a gestation period of up to three months. 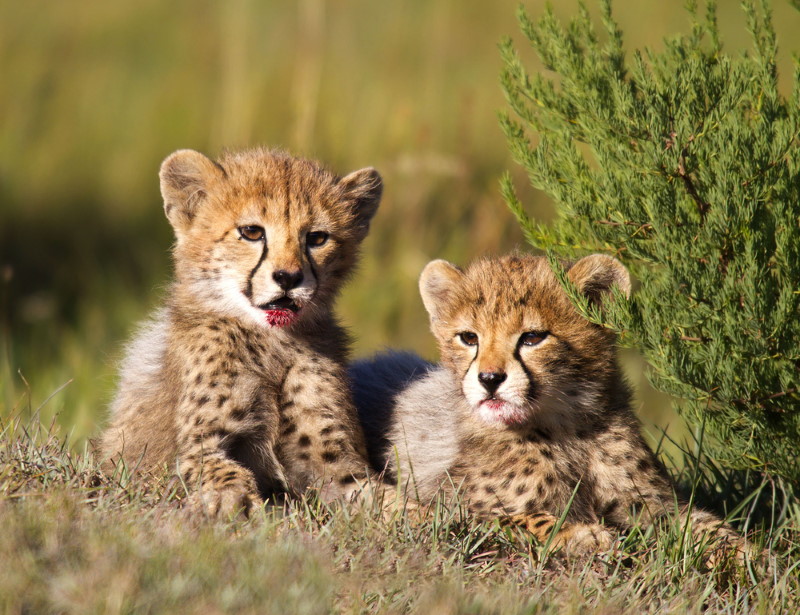 They usually give birth to an average of three to eight cubs. Their moms have a difficult job of taking care of their infants since they are usually born without any survival instincts in an environment where hunting is the only way of survival. These moms, regardless of the number of the kittens, ensure maximum protection of their cubs from predators and will go to an extent of training them hunting skills which can take nearly up to 2 years to stick. These kittens usually form a kingdom where they live together. It’s until when they are self sufficient enough that they get detached from their moms and continue on their own. 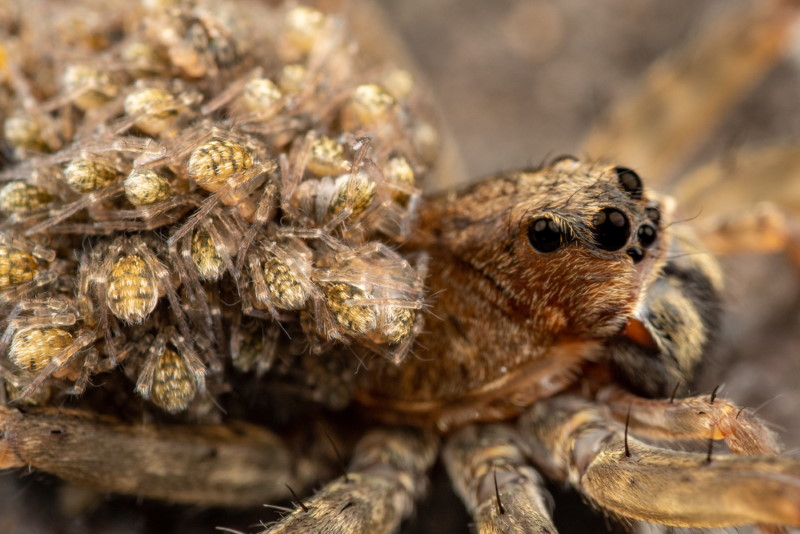 Ever imagined a ride on your mum`s backfor as long as you are ypung? To many of us, on seeing a web, this signifies home to a spider, however, with this species of spider, it doesn’t coil around webs to lay their eggs. What a surprise! Wolf spider moms usually strap their egg sacs on their bodies and carry around with them. Even after hatching, wolf spider moms allow their infants to ride on their backs. During this period, they ensure ultimate protection of their babes from predators. This continues until when they are old enough to survive on their own.