The following are the ten largest mosques in the world, measured in capacity. 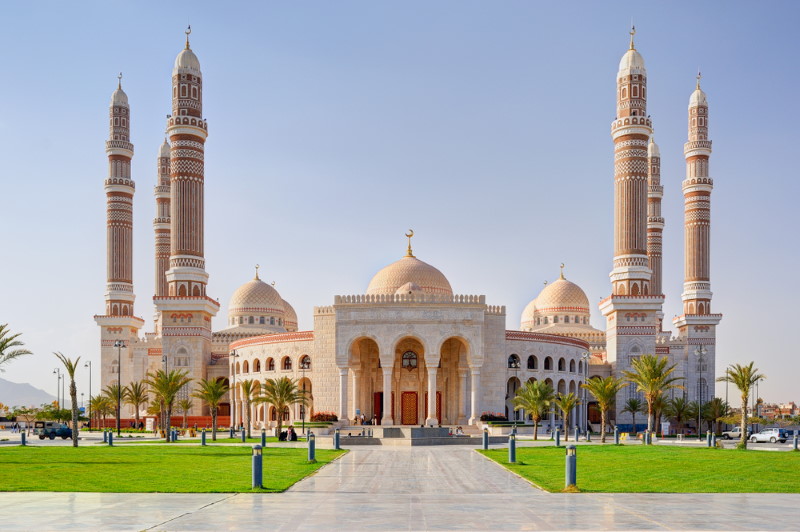 The Saleh Mosque is Yemen’s largest mosque and also the tenth largest mosque in the world. Built in 2008, the mosque’s stunning architecture combines both Yemeni and Islamic influences so beautifully and effectively that this modern building has also become a tourist attraction. There is a central dome above the roof with six minarets, each reaching up to a height of 100 metres. Both the west and east sides of the mosque have ten doors, whilst a further five doors on the southern side lead on to a courtyard. Beautiful flower gardens surround the Saleh Mosque and its modern interior features include air-conditioning, a high-quality sound system, and a library. There is enough space to accommodate around 44,000 worshippers. 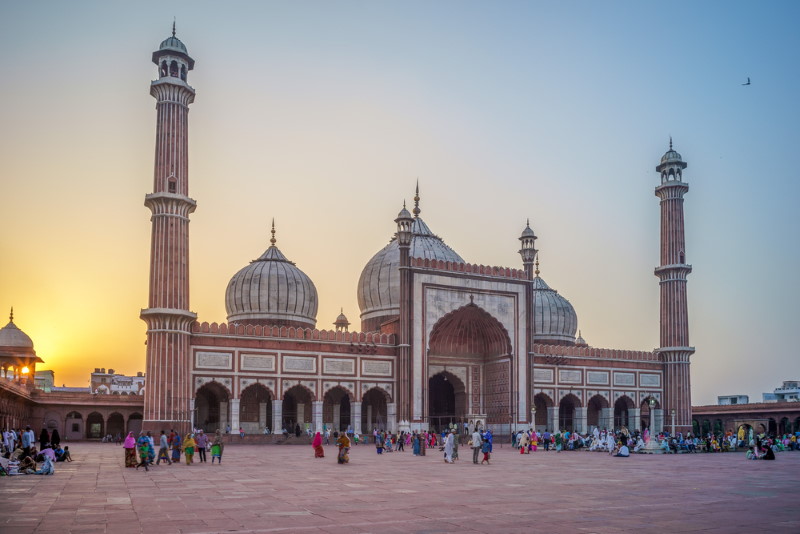 The Jama Masjid is the ninth largest Mosque in the world and is situated in Chandni Chowk, Delhi, India. The mosque was built between the years 1644-58 by Shah Jahan – the Mughal Emperor who also built the famous Taj Mahal. Constructed from white marble and sandstone, this magnificent mosque’s distinctive features include four towers, three gateways and two minarets. The building is reputed to be the final extravagance of Shah Jahan, and among the many priceless relics housed inside is a version of the holy Quran which has been copied on deer-skin. The mosque courtyard can accommodate up to 75,000 worshippers with space for 10,000 more in the great hall. 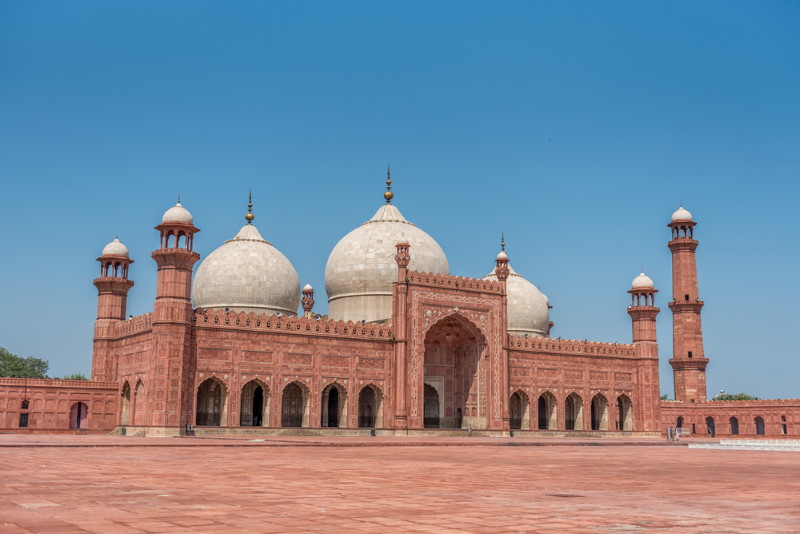 The Badshahi Mosque is one of Lahore’s historic sites and is ranked number eight amongst the world’s largest Mosques. Built in 1673 by Aurengzeb, the sixth Mughal Emperor, it was once the largest mosque in the world. The architecture of the Badshahi Mosque traces the influence of Persian, Indian, Islamic and Central Asian styles, and has in turn influenced the design of several other mosques such as India’s Taj-ul-Masajid. There is a central dome with two side domes, and four minarets each over 50 metres high. The main hall has space for 5,000 worshippers with room for another 95,000 in the courtyard, and the site extends to a total area of 29,867 square metres. 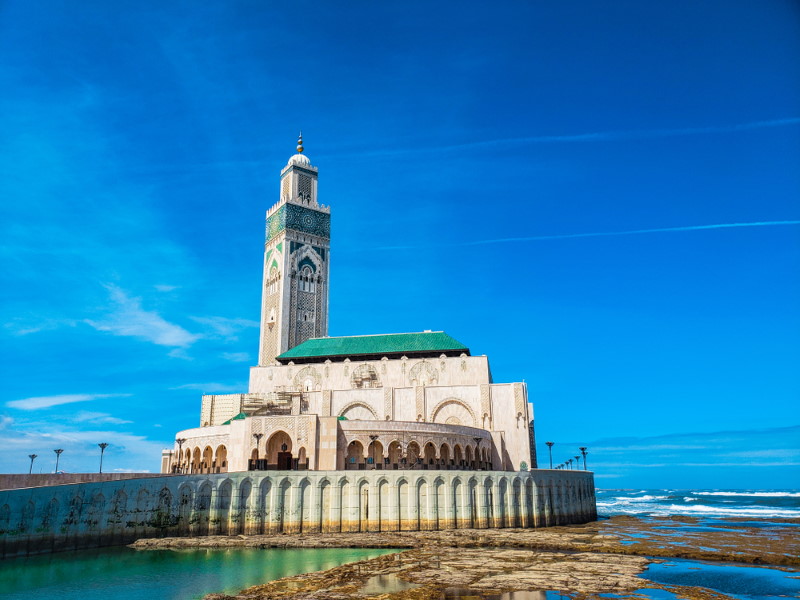 Located in the city of Casablanca, Morocco, the Hassan II Mosque is the seventh largest Mosque in the world, and also the largest in Morocco. Constructed in 1993, and capable of holding 105,000 worshippers, the mosque is sited well away from the busy city’s noise and pollution. Built in a Moorish style, this exquisite mosque has a single dome and minaret. Because the mosque stands on a peninsular site, its hall has a glass floor giving wonderful views down to the Atlantic Ocean below. The site also features a range of beautiful gardens and a magnificent courtyard containing 41 fountains. The mosque can accommodate up to 105,000 worshippers. 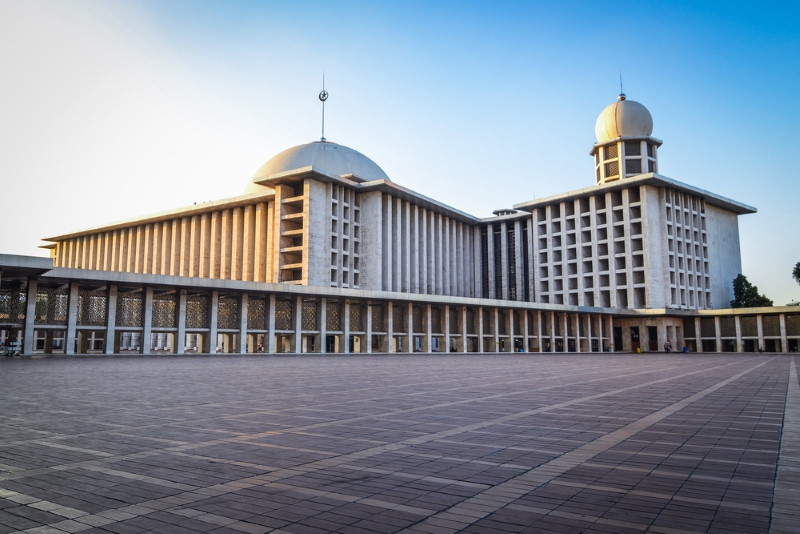 The name ‘Istiqlal Mosque’ means Mosque of Independence. The sixth largest Mosque in the world, the Istiqlal Mosque stands in the Indonesian city of Jakarta. It is Indonesia’s largest mosque as well as also being the largest in South East Asia. The building was constructed in 1978 to mark Indonesian independence. Forsaking both Islamic and Indonesian architectural styles, the mosque was built in a new modernist International style. There are two domes, seven entrances, and just one minaret; and the site also contains a garden with a pool and a magnificent fountain. The Istiqlal Mosque has space for 120,000 worshippers. 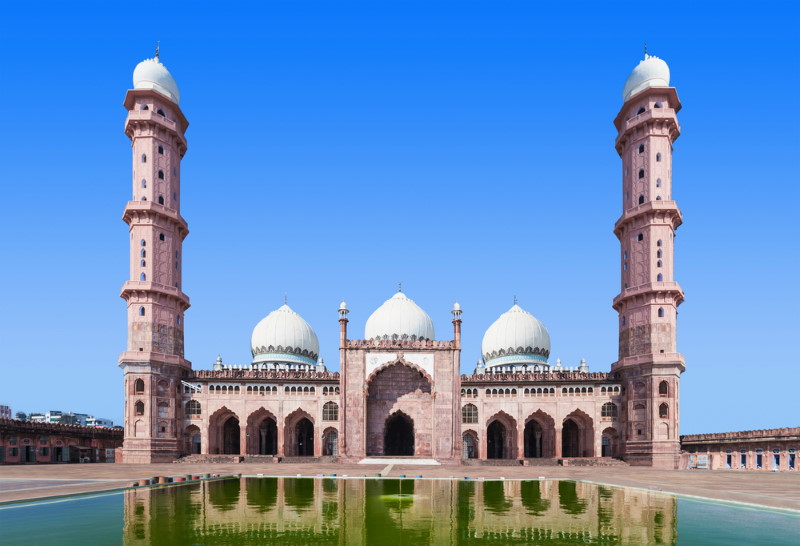 Taj-ul-Masajid is situated in Bhopal, India, and is ranked fifth on the list of the world’s largest Mosques. The name, Taj-ul-Masajid, means ‘The Crown of Mosques’ and its construction began during the 1800s by order of the Begum of Bhopal. Unfortunately, political instability and inadequate funding delayed the building to such an extent that it was not until 1985 that the mosque was finally opened. Its design follows the principles of Mughal architecture, and the building is reminiscent of Delhi’s, Jama Masjid and the Badshahi Mosque of Lahore. Taj ul Masajid has capacity for 175,000 worshippers and the site also has an Islamic study area. 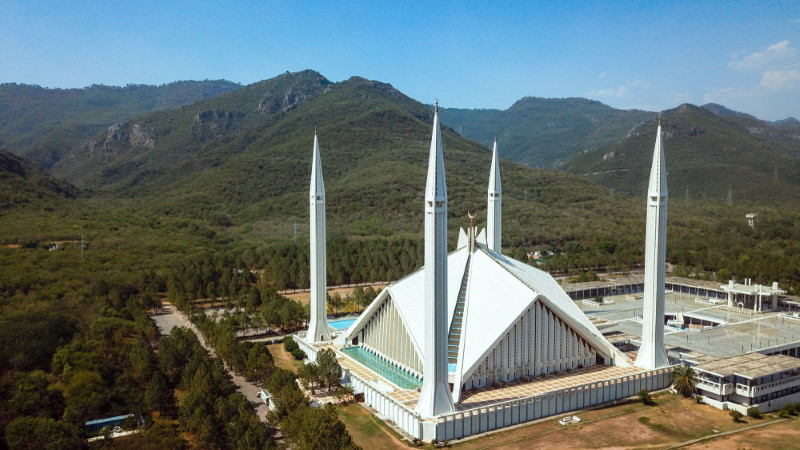 The Faisal Mosque is Pakistan’s largest mosque and is also the fourth largest of the world’s Mosques. Located in the capital city of Islamabad, it is Pakistan’s national mosque and the largest Sunni Muslim mosque in South Asia. Sited in the Himalayan foothills, the building is named in honour of Saudi Arabia’s King Faisal who funded its construction in 1986. Architecturally, its design follows the shape of the traditional tents used by desert Bedouin tribes. Though lacking a dome, the mosque has four tall minarets, each standing 90 metres high. Covering an area of around 5,000 square metres, the building has room for 300,000 worshippers. 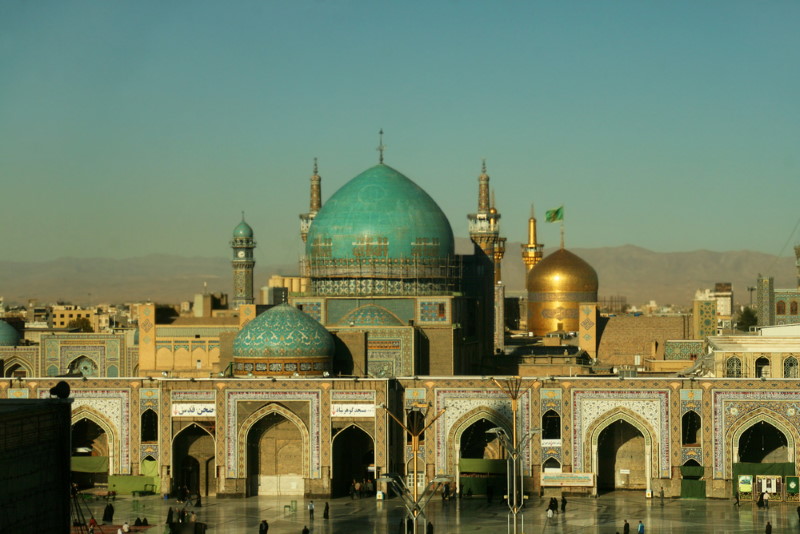 The Imam Reza shrine in Mashhad, Iran, which was established in 818 AD, is ranked third amongst the world’s largest Mosques. The shrine commemorates the place where Imam Reza, the seventh Shiite Imam, met his violent death. The huge complex contains a university, a library, prayer halls, dining halls and a cemetery. Each of its seven courtyards has space for a crowd of up to 100,000. Decorated with a golden dome and minarets, the shrine encompasses a total area of 598,657 square metres and has the capacity to accommodate up to 700,000 worshippers. 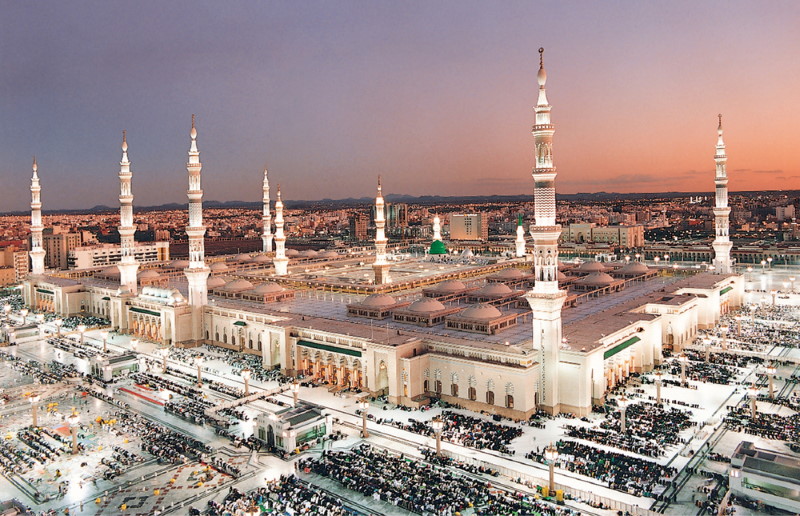 Al-Masjid al-Nabawi, the second largest Mosque in the world, is situated in Medina, Saudi Arabia. As an important place of pilgrimage, the holy site of Al-Masjid al-Nabawi is second only to the Kaaba. It was also the second mosque to be built in Islam’s history, following the migration of the prophet Muhammad when he journeyed to Medina in 622 AD. The distinctive building, with its Green Dome and ten minarets, has both Ottoman and classical Islamic architectural features. The mosque, which extends to an area of around 400,500 square metres, can accommodate 1,000,000 pilgrims during the Hajj. 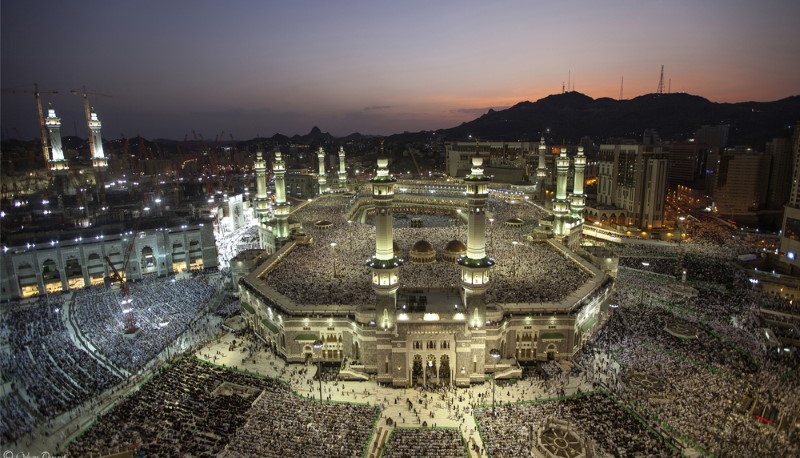 Masjid al Haram, the world’s largest Mosque, is situated in the city of Mecca, Saudi Arabia. The Kaaba, at the centre of the mosque, is known as the House of God and is Islam’s holiest place. Established during the lifetime of the Prophet Abraham, the Kaaba is also the place all Muslims must turn towards during daily prayers. Masjid al-Haram has room for 4,000,000 worshippers during the Hajj and extends to an area of around 400,800 square metres. Its recent expansion resulted in the destruction of the birthplace of Muhammad. The recorded history of this mosque begins as early as 638 AD.