With over 1.3 billion people China is the most populated country in the world. About one fifth of the total world population lives in China. In China there are more than 160 cities with over one million people (only 9 in the USA). The cities are spread all over the country. Hong Kong has just over 7 million inhabitants and is the 11th largest city in China. 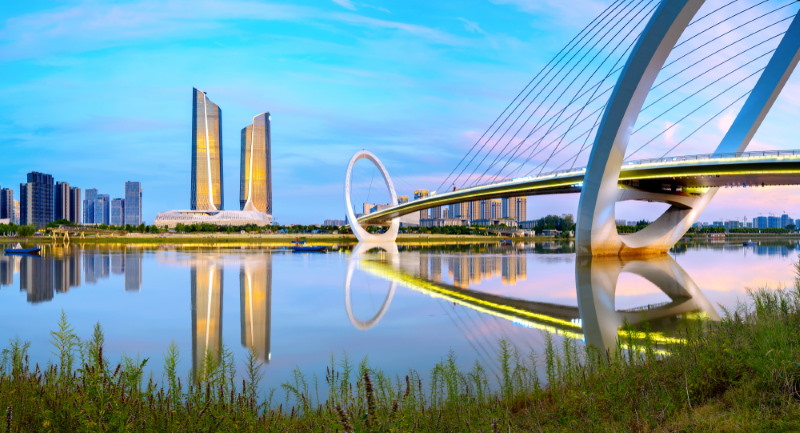 At tenth spot, Nanjing lies at the lower reaches of the Yangtze River and translates as ‘southern capital’, as opposed to Beijing, the ‘northern capital’. It’s culturally significant and has a number of UNESCO World Heritage Sites within its boundaries and has been capital to some of the most important dynasties in Chinese history. There’s plenty to see and a city pass can be purchased at certain points around the city which provides access to an array of destinations in the city. This, however, does not include the grand Confucius Temple, a former exam testing centre that is now a popular tourist destination. Elsewhere, The Gate of China, a part of Nanjing’s city wall, is a very well-preserved part of this monument and a good example of early Ming defences. There’s plenty for those wishing to shop as well with the city’s fashion district, Xinjiekou, a popular stop for many. 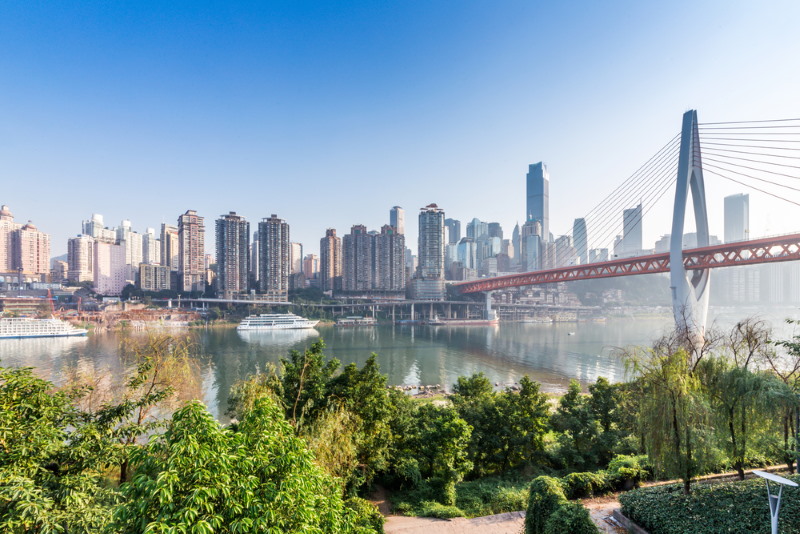 Next up is Chongqing, long considered one of the most, if not the most, important Chinese cities in terms of economics. Many who wish to travel down the Yangtze River will find Chongqing is their suggested starting point and you won’t fail to miss the Dazu Rock Carvings, a Buddhist monument, a few hours outside the city centre. Its population is the largest in West China and it’s also one of the largest inland cities in the country. Much of the city’s history is captured in its monuments and tourist attractions. The old residence of Communist Party member Zhou Enlai is now a museum, representing a significant part of the country’s history as well as Zhou being a well-liked official. The Great Hall of the People is another popular destination and features a great square complete with a musical water fountain as well. 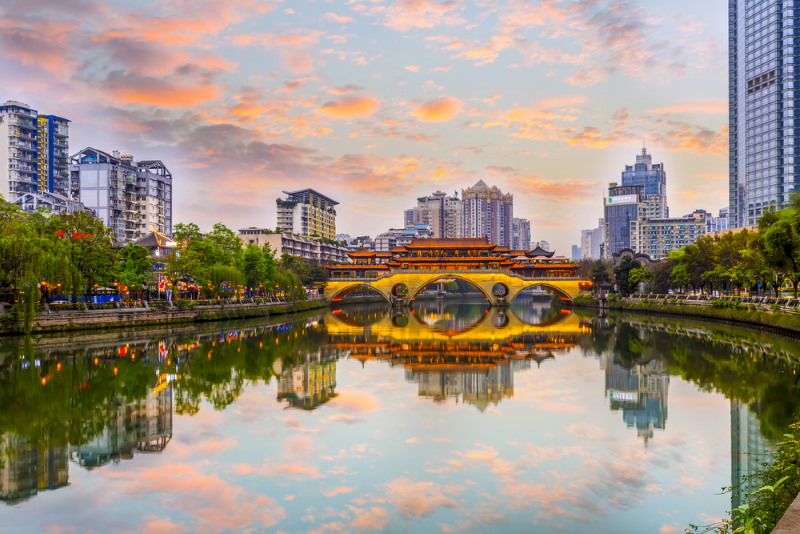 Chengdu is the capital city of the Sichuan Province in China and sits on the edge of a number of fertile plains, known as the Red Basin. The city is surrounded by some fantastic scenery though it’s not particularly known for its sunshine. Attractions include Tianfu Square, overlooked by a large statue of Chairman Mao, which features water shows every evening, performed by the fountains around the square. The Science and Technology Museum is popular too with its numerous floors and interactive exhibits that document physics, robotics and much more. The old city of Chengdu is worth a visit as well and Jinli Ancient Street features a number of buildings constructed in an archaic style along with a number of shops selling antiques, harking back to a much earlier period of China, and, as you may have guessed, has proved to be popular with visitors thanks to its quaint, unique charm. 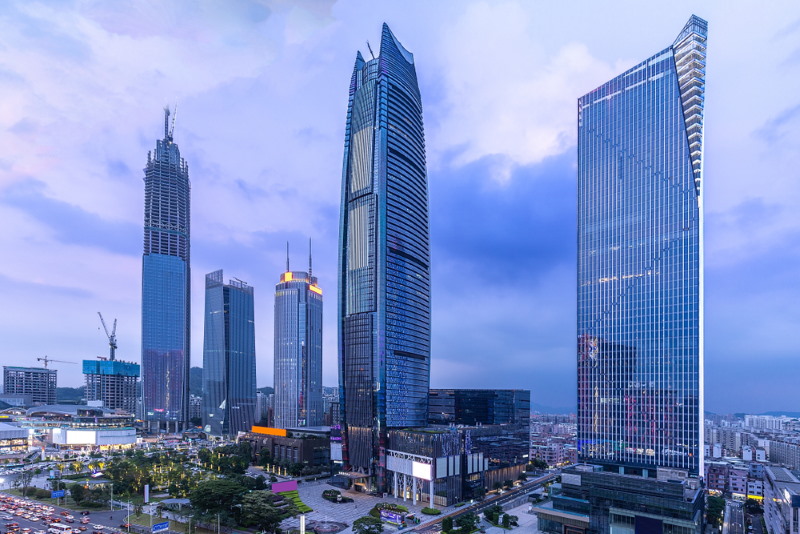 Dongguan is in the Guangdong Province of China and is another good destination for tourists that wish to get out and about. There’s an exhibition centre as well as a number of sports fields for the budding athlete. The Opium War Museum is a focal point as is the New South China Mall, which, funnily enough, is the largest mall in the world. That being said, it’s completely empty as, thanks to its rather inaccessible location, businesses have not leased out stores and shop space. The Huanghe Fashion Town features a selection of textile markets which may be of interest to some and much of what is sold there is sold all over the world as well. The city has also built up something of a sordid reputation for its use of ‘factory girls’, Chinese teenagers that have arrived to work in the industrial facilities. 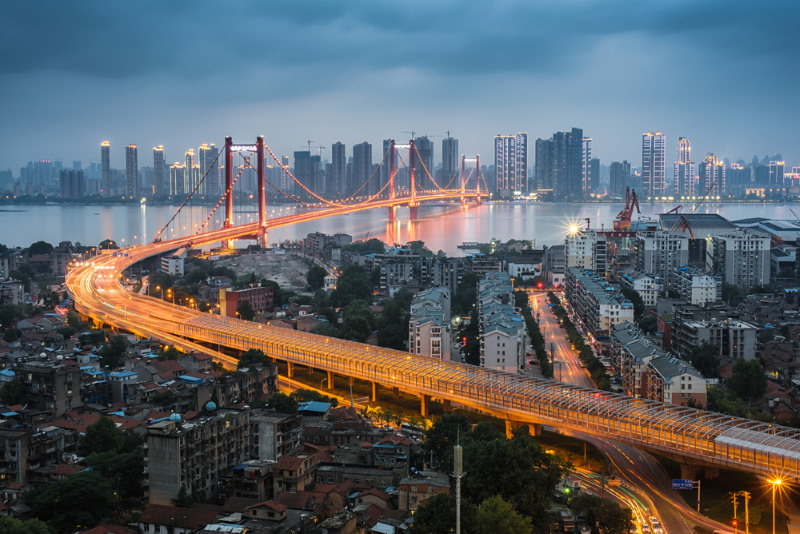 Hanging on the brinks of the top five, Wuhan is the capital city of the Hubei Province. It played a large part in the formation of China as we know it today as it was host to the Wuchang Uprising which sparked a revolution in the country. The formation of the Republic of China was a result of this and much of the city is decorated with monuments celebrating this grand piece of history. During the summer, the humidity in Wuhan can cause problems for tourists and, as one of the ‘Three Furnaces’ of the country, alongside Chongqing and Nanjing, it’s considered the very worst. The Yellow Crane Tower is probably the most recognisable part of the city and is one of the four great towers in the country. It towers above the city and, though it does charge a fee for entry, the surrounding park and landscape is very scenic and it’s a large tourist attraction. 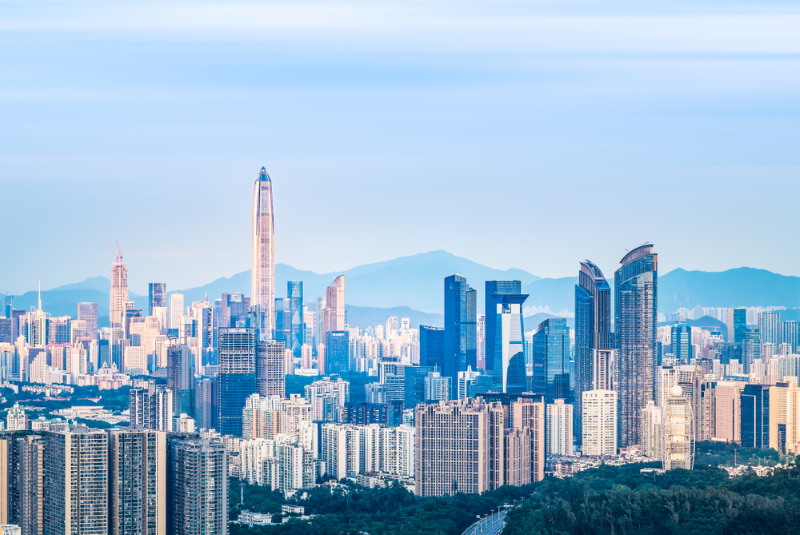 Despite being in the top five most populous cities in China, Shenzhen isn’t a particularly hot tourist spot. It’s popular with the Chinese, however, and as the city has grown economically, a number of trendy restaurants and bars have started to appear and Downtown Shenzhen really comes to life at night. Not only that, but, it also has one of the most beautiful coastlines in the country according to China’s Geography Magazine. In terms of attractions, it was once very popular thanks to its array of theme parks, including Window of the World, Happy Valley and Minsk World, a park where the visitors can tour an island based on the old Soviet aircraft carrier, the Minsk. It also has a good variety of museums and parks for those looking for a bit of peace and quiet, one such example being Shenzhen museum, a must-visit for its winged-roof located in the structure’s East Wing. 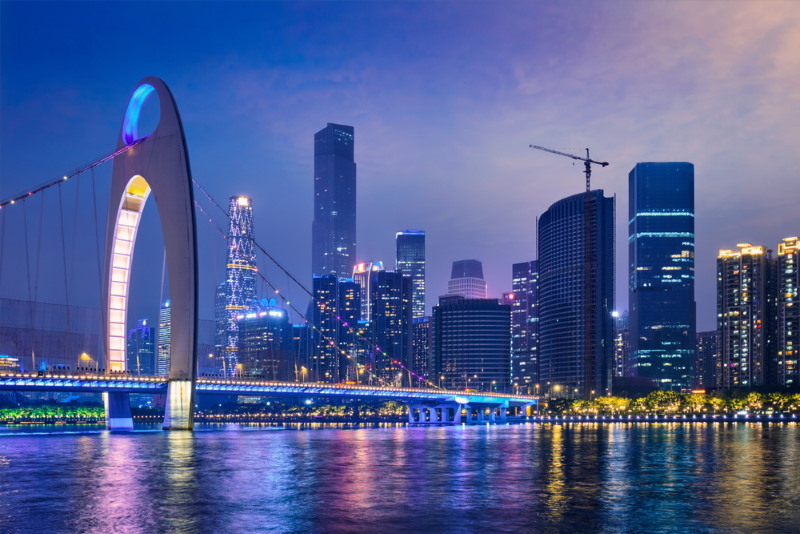 Guangzhou is the capital of the Guangdong Province and the fourth largest city in China, meaning it has something of a reputation to uphold. It’s considered to be somewhat isolated as most of its surroundings are mountainous, though this does promote a wealth of sight-seeing opportunities. In terms of landmarks, there’s Xiguan Residence, a group of traditional Cantonese structures that were owned by the upper class during a different era. For sporting fans, it’s also home to Guangdong Olympic Stadium, an 80,000-capacity venue, primarily used for football, which has seen the likes of Manchester United and Chelsea visit. Lastly, the Tianhe District is always fun to visit as it’s big on shopping opportunities as well as offering tourists an opportunity to really mingle with the locals. 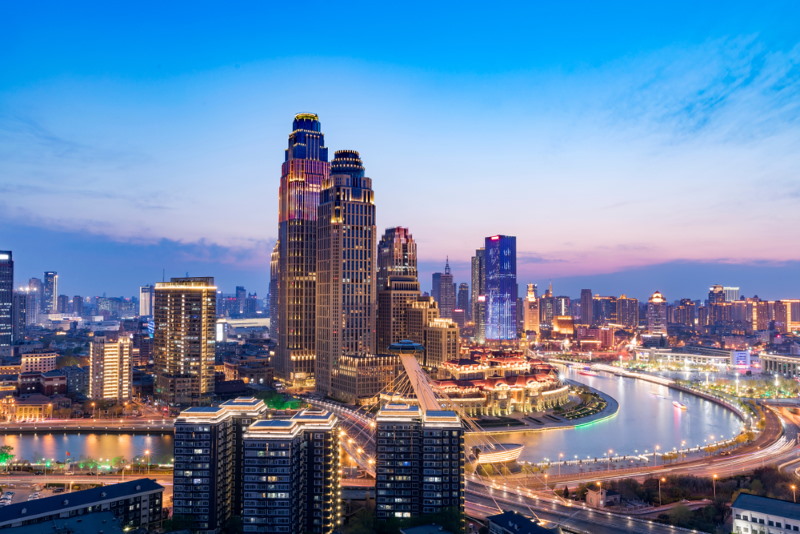 We’ve reached the top three and Tianjin, one of the five national central cities of the nation, is a sprawling metropolis with a number of districts segmenting its area. It’s noted for having the first bus service in China and the city’s public transportation is usually very good, allowing visitors to travel around with ease. The Tianjin Eye is a popular attraction, lighting up the river at night, constructed over a bridge (noted for being the only observation in the world to have been made so) and is perfect for sight-seeing. The Drum Tower is worth a visit too and is a monument of the Ming Dynasty, housing a number of exhibitions for the public nowadays. For those interested in getting out of the city, segments of the Great Wall of China can be found at Huangya Pass and there are plenty of buses that will take tourists out to these sites. 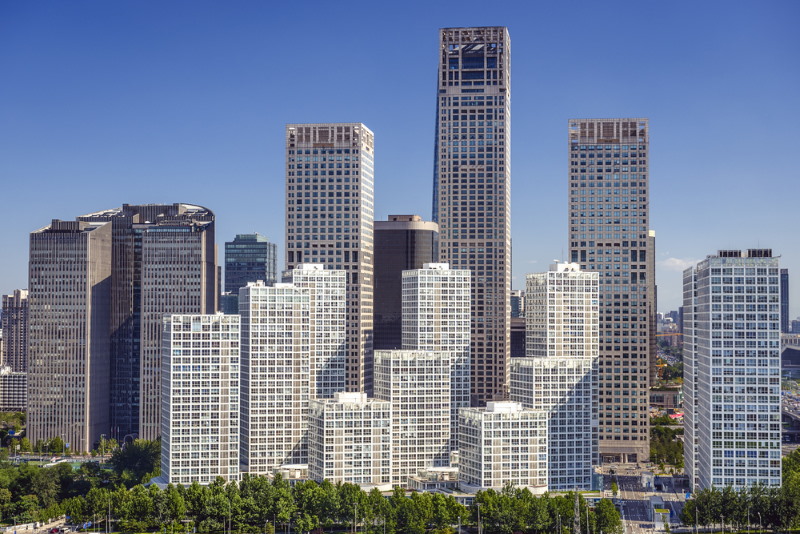 We’ve reached the final two now and Beijing, famed for being the capital of China, is a magnificent city. It’s the centre of the country for a variety of industries, including education, culture and politics. It’s known well around the world and is an important industrial hub for China and is famed for hosting the 2008 Summer Olympic Games. As the capital, it has a wealth of attractions, each one of its many districts holding their own specific sights and, indeed, sites. Tiananmen Square, known the world over, is the largest public square on the globe. Elsewhere, the Forbidden City is a spectacular monument that goes back years and has remained untouched during the various dynasties. It’s a city that needs plenty of time for tourists to get the most out of as each little nuance offers something remarkably different. 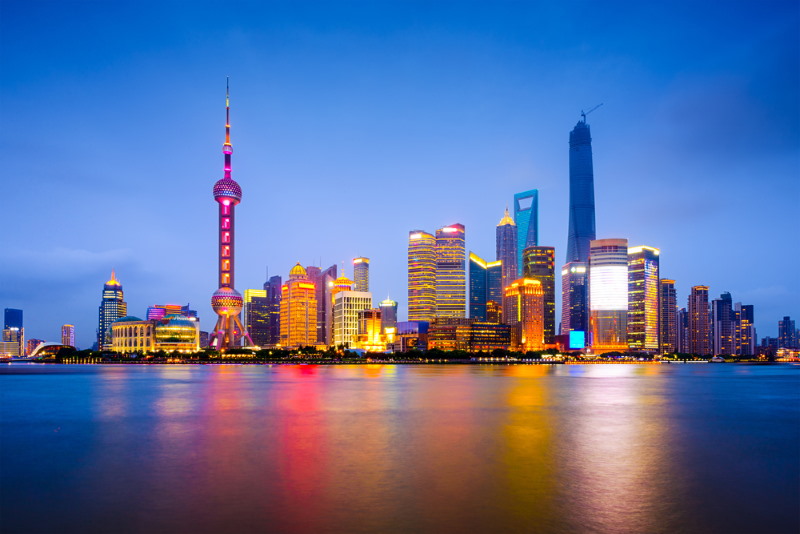 Finally, Shanghai tops the list as the most populous city of the most populous country on Earth. It’s the most developed city in all of China and attracts tourists from all across the globe. It’s a wonderful mix of Eastern culture as well as Western civilisation with houses representing both Chinese and European tradition. Sight-seeing is, obviously, highly recommended and visiting the Bund, the city’s famous embankment, is a must as it has historical significance and counts as a charming walk alongside the water. The Oriental Pearl Tower is just across the river and has some great views of one of the world’s most wondrous cities. There are, of course, many temples as well, representing the nation’s history and offering guests a unique opportunity to visit local tea houses, making the most of the atmosphere and fully embracing the wonderful culture on show in Shanghai, China’s largest city.