Churches are immense buildings, usually from a distant past. They are decorated with pomp and circumstance. There is peace. They rise high above the other buildings and are located in the heart of the city. Many Christians, but also tourists, go there every year. These are of course churches. This is the top 10 Largest Churches in Europe. 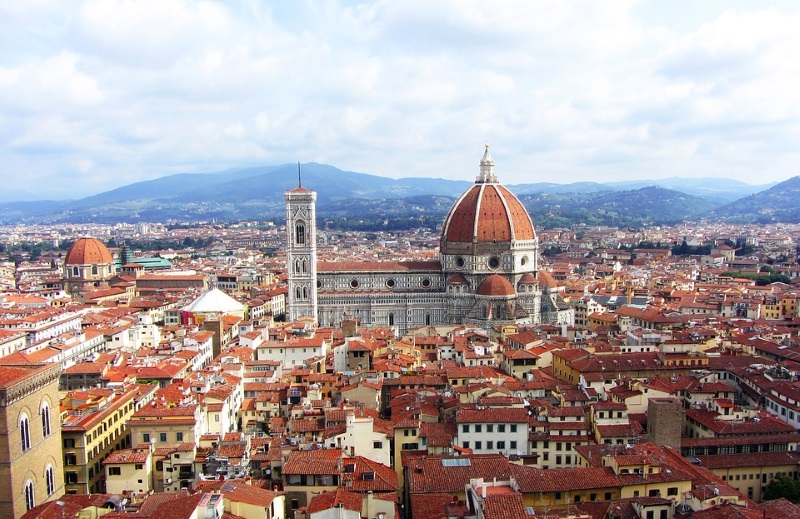 The Cathedral of Florence is also called Duomo (Dom) or Basilica di Santa Called Maria del Fiore. This cathedral is the symbol of the Italian city of Florence and is located in the center opposite the Baptistery and next to the Campanile. The Catholic Church was built from the end of the 13th century to the end of the 15th century. The building consists of a facade after a neo-gothic design by Emiliio de Fabris and a dome after a design by Filippo Brunelleschi. The dome has a diameter of 45.5 meters and a height of 114.5 meters. The Florence Cathedral occupies an area of ​​8,300 m². 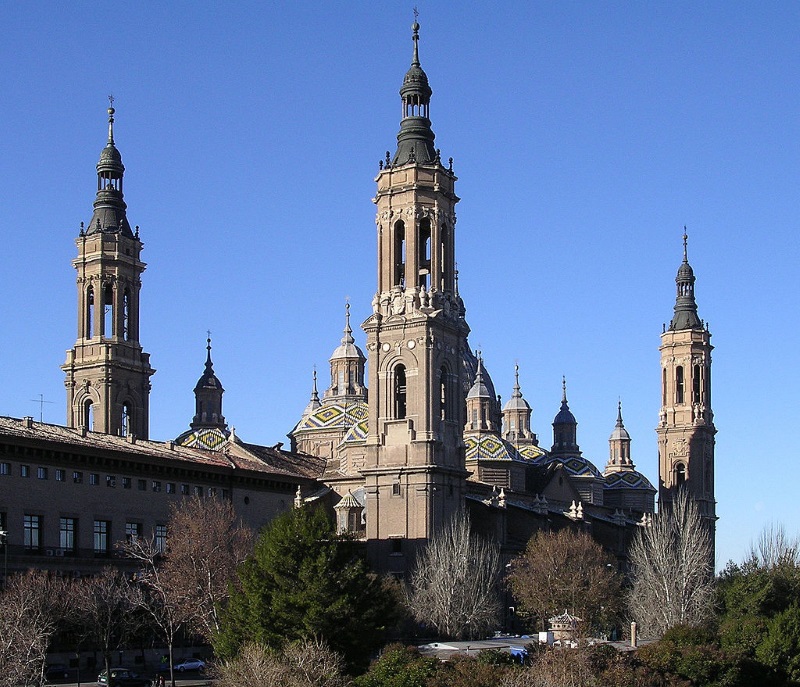 In Spanish the El Pilar Cathedral is called: Cathedral-Basilica de Nuestra Señora del Pilar. The Catholic Church is located in the heart of the city of Zaragoza. The building is known to the Spaniards as a place of pilgrimage. The El Pilar was built from the end of the 17th to the end of the 18th century. The structure is built in the Spanish Baroque style and consists of four large bell towers. The cathedral is located on a large square, where pilgrims celebrate fiestas. El Pilar Cathedral occupies an area of ​​8318 m².

8. Basilica of Saint Paul Outside the Walls (Rome, Italy) 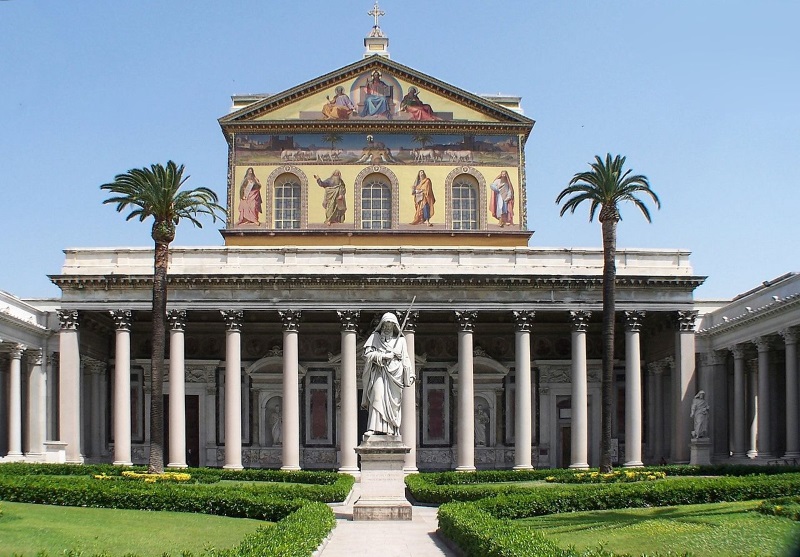 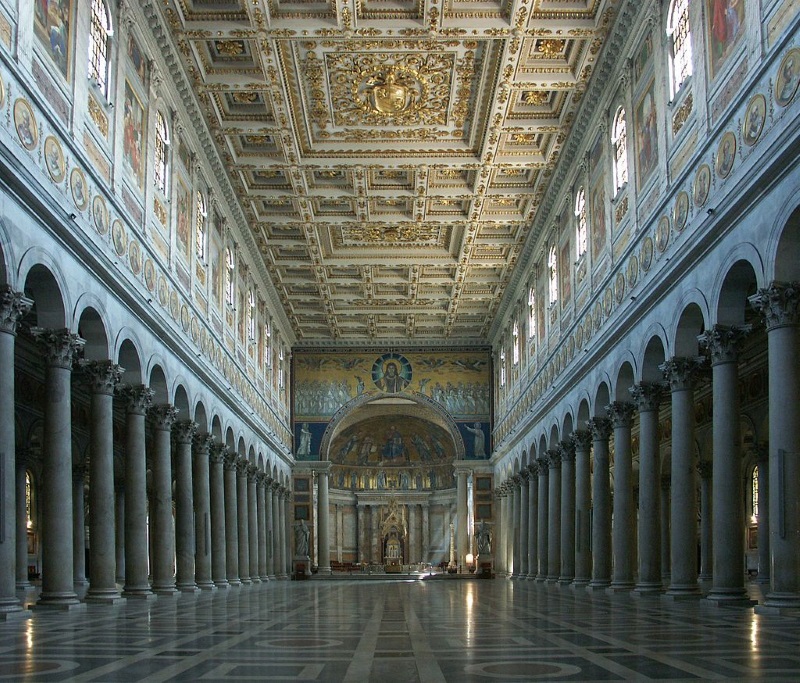 The Italian name for Saint Paul Outside the Walls is: San Paolo fuori le Mura. This basilica is one of the four papal basilicas of Rome. The Catholic Church dates back to the 4th century AD. In the 5th century, this basilica was the largest church in the world. In the 19th century a fire destroyed the church. The building was then rebuilt in neoclassical style. It did, however, regain its original basil shape. The structure is 150 meters long, 80 meters wide and 73 meters high. Saint Paul outside the Walls stands on an area of ​​8,515 m². 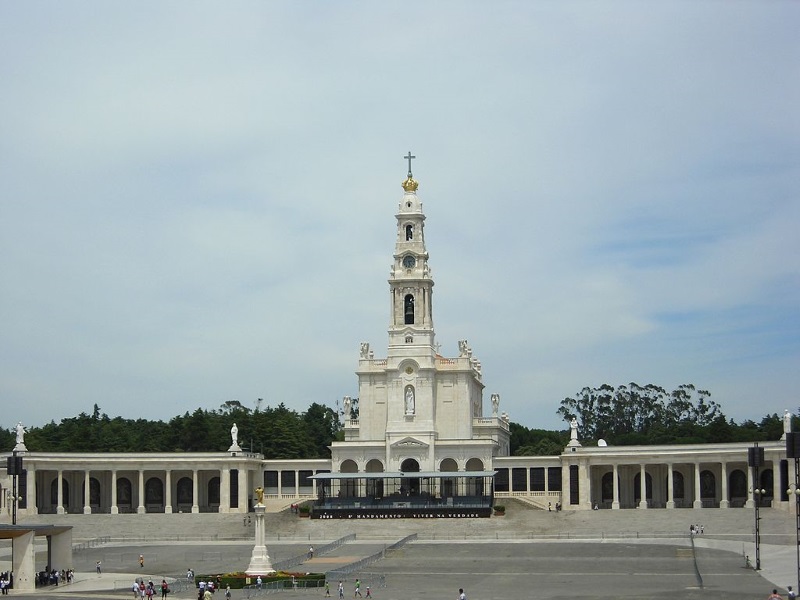 The Cathedral of the Holy Trinity is located in the Portuguese city of Fátima. This cathedral is the least old church on this list. The Catholic Church was only built in the years 1996 to 2007. This was done to a design by Alexandros Tombazis in a contemporary, modern style. The Cathedral is a large white stone structure. It was built because the old basilica did not provide enough space for the huge influx of pilgrims. The Holy Trinity Cathedral stands on an area of ​​8700 m². It is 95 meters long, 115 meters wide and 20 meters high. The church has a volume of 130,000 mᶾ. 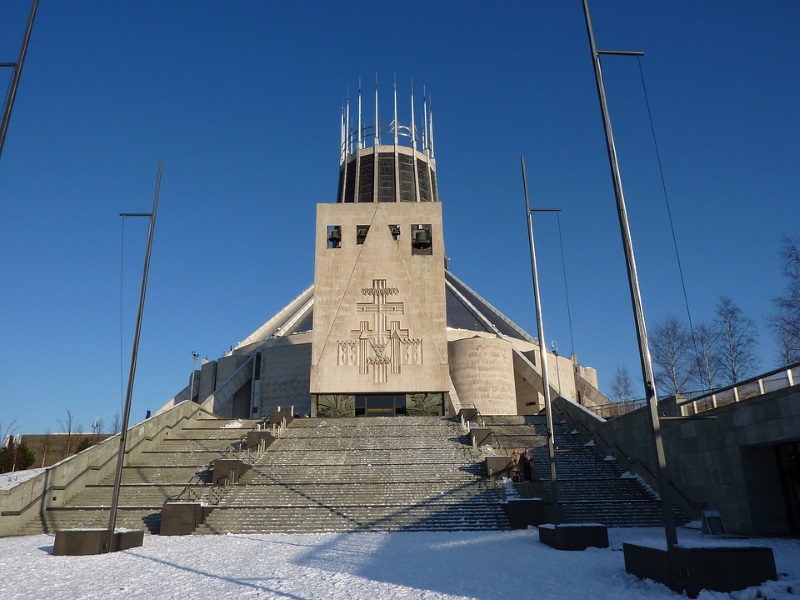 In England is the Cathedral of Liverpool. This neo-Gothic Anglican Cathedral dates back to the early 20th century. The structure was designed by Sir Giles Gilbert Scott. The church is located on the Sint James Berg. The building houses the seat of the Bishop of Liverpool. The church houses the largest church organ in the United Kingdom. Liverpool Cathedral occupies an area of ​​9,687 m² and has a volume of 450,000 m². It is 188.67 meters long, 60.4 meters wide and (the tower is) 100.8 meters high. 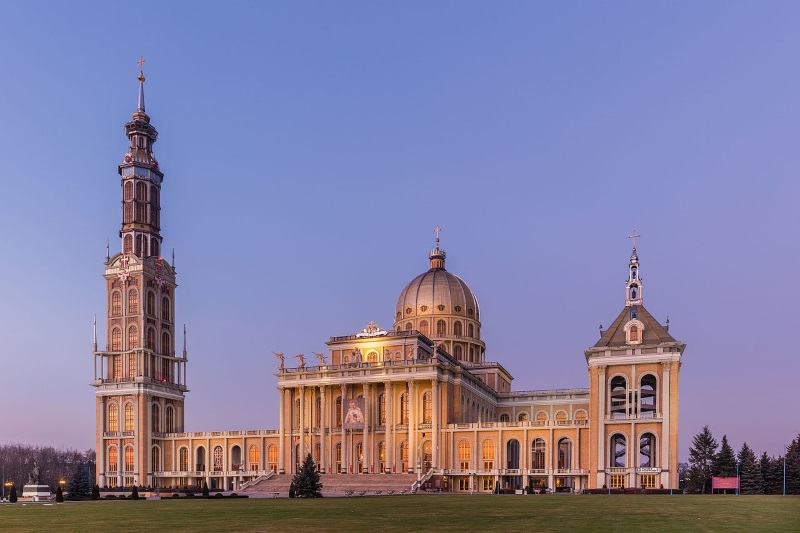 Licheń St. Mary’s Basilica is located in Licheń Stary, which is 10 kilometers from the Polish city of Konin. It is an important pilgrimage church. The Catholic Church dates back to the 18th century. The structure is shaped like a cross and has a central dome. The staircase in front of the entrance has 33 steps, which represent the years that Jesus lived. Licheń’s Basilica of the Virgin Mary has an area of ​​10,090 m² and a volume of 300,000 m². The church is 102 meters long, 77 meters wide and (has a tower of) 141.5 meters high. 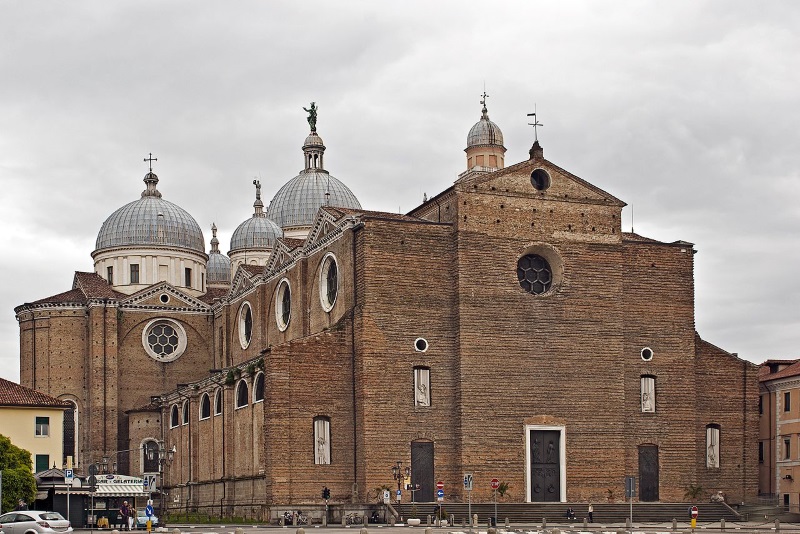 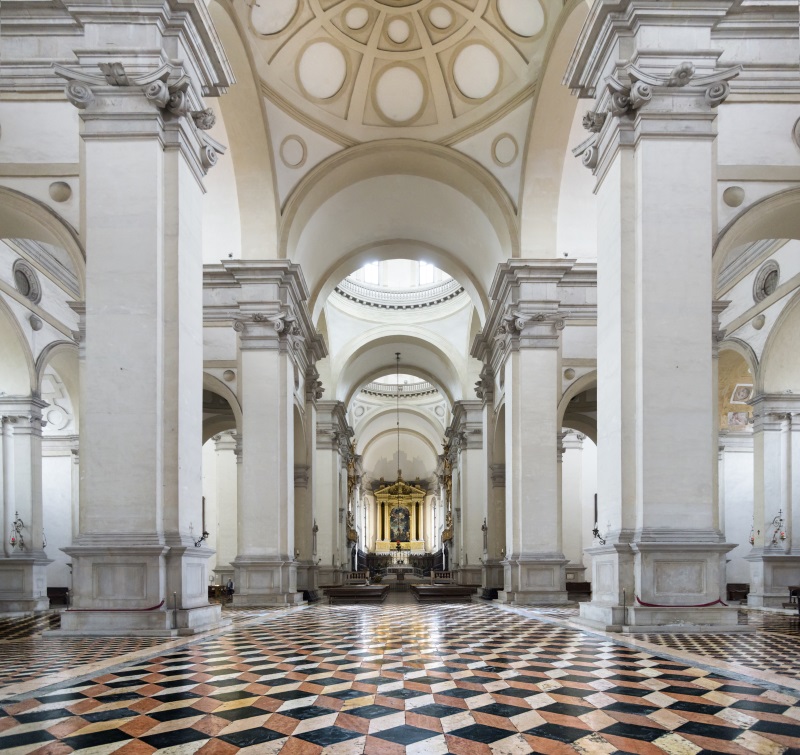 This Benedictine abbey is located in the center of Padua. The building dates from the 16th century. The Catholic Church has a number of domes of various sizes. The structure has a length of 118.5 meters, a width of 82 meters and the highest dome has a height of 70 meters. The surface of the Abbey of Giustina is 9717 m² (inside).

In Italian, the Milan Cathedral is called the Duomo Santa Maria Nascente. The cathedral is a masterpiece of Gothic art. The immense building is located in the middle of the city of Milan at the Dom Square (Piazza del Duomo ). It is a well-known tourist attraction and is known for its many turrets, thousands of statues and medieval treasures. The structure was built from the 14th to the 20th century. The church has a length of 157 meters, a width of 92 meters and a height of 108.5 meters. The Milan Cathedral occupies an area of ​​10,186 m² and has a volume of 440,000 m². 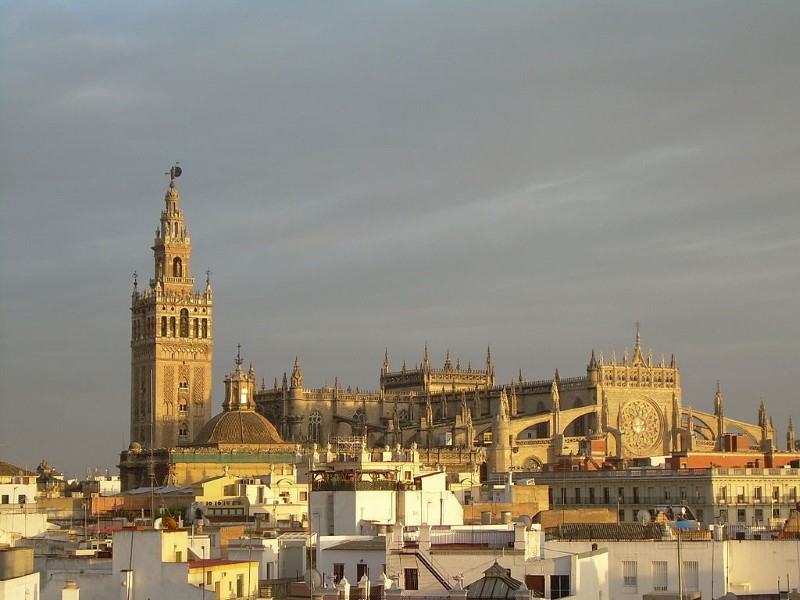 Seville Cathedral, also called Catedral de Santa Maria de la Sede, is a Roman Catholic church dating back to the 15th century. It is a Gothic structure in the shape of a five-aisled cross church. It is the largest Gothic church building in the world. The Giralda, the clock tower, symbolizes the city of Seville . It has a height of 104.5 meters. The Seville Cathedral stands on an area of ​​11,520 m² and has a volume of 1,200,000 m². The structure is 127 meters long, 83 meters wide and 43 meters high.