The skylines of Europe’s biggest cities are constantly changing. In this list of the continent’s tallest buildings, only two are more than ten years old, and a remarkable six out of the ten are in Moscow, Europe’s newest powerhouse. 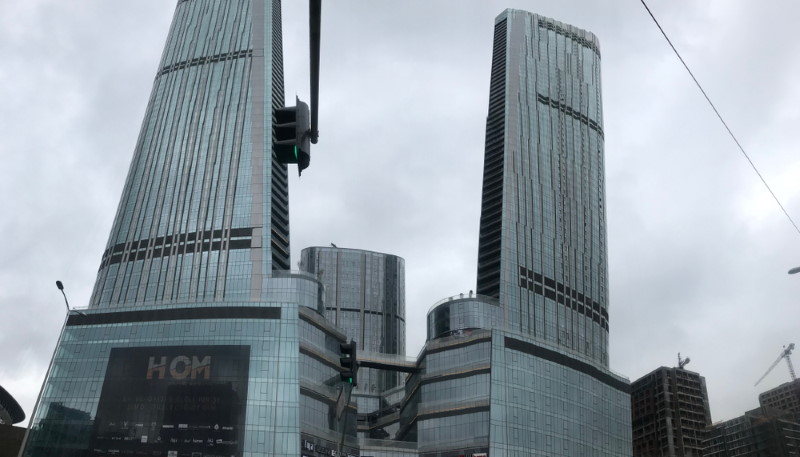 Skyland Istanbul are twin skyscrapers in the city of Istanbul, Turkey. It is located in the Seyrantepe neighborhood of Şişli. With 932 feet these skyscrapers are the tallest in Turkey. Skyland Istanbul is home to a five-star international hotel with 830 residences, 504 office spaces, 300 rooms and a conference room for 550 people. 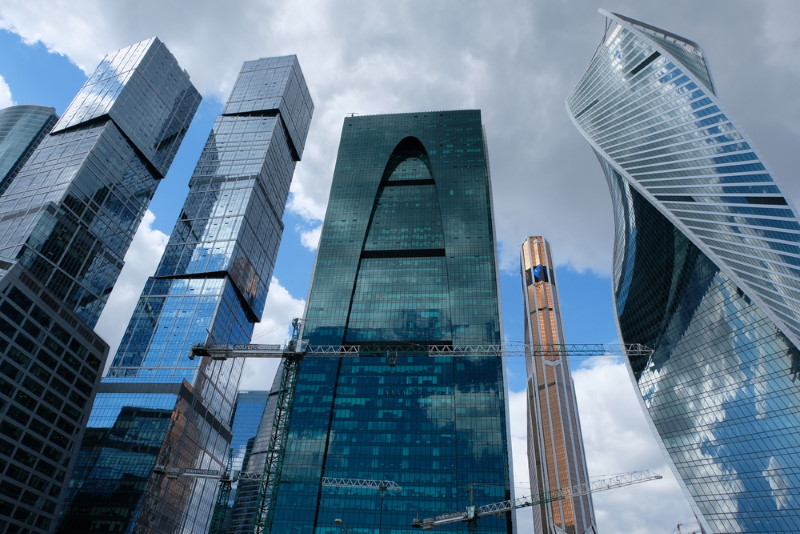 This tower is a companion to the Saint Petersburg Tower, and has a similar segmented design, but with eleven more storeys. The Moscow Tower includes shops, restaurants, a gymnasium and cinemas as well as office space. The exterior is decorated with a pattern of dark and light terracotta tiles. Construction started in 2005, and took five years to complete. 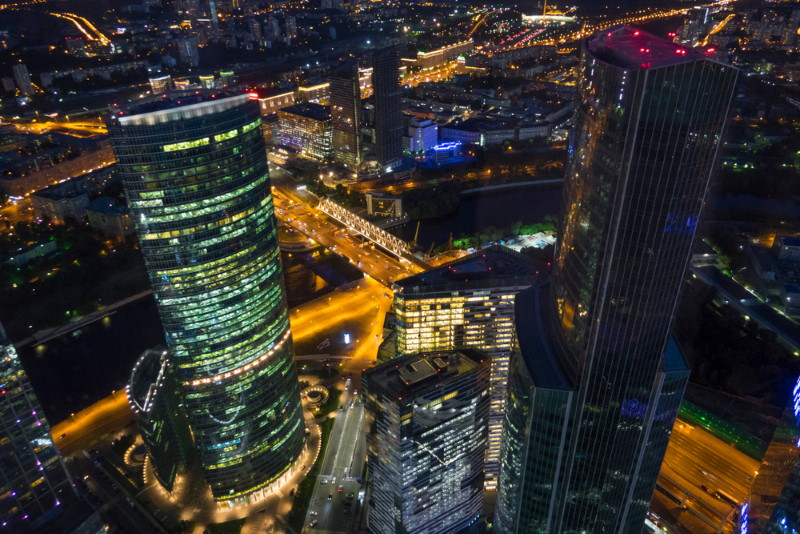 This green tower combines hotel and office space, and for visitors with a good head for heights, has a scenic lift running up the outside. It also includes a casino, which occupies the whole of one of its 67 storeys. The Eurasia Tower is the tallest metal-framed building in this list, and has five levels below ground, linking the building to shopping malls and transport systems. Construction was delayed by financial problems, and the future of the partially-finished building was at one point uncertain. 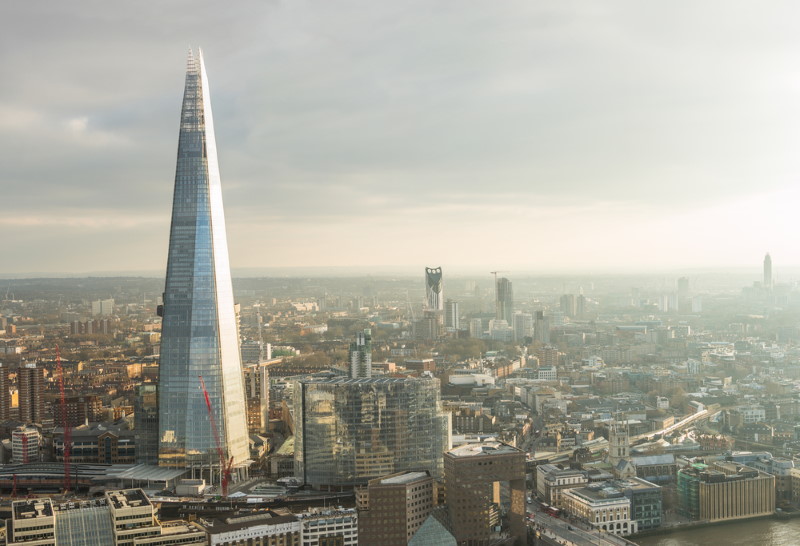 The tallest building in Western Europe is this tapering hotel and office building near London Bridge. There are ten luxury flats at the top which were expected to be sold for up to £60 million each, but may be retained for use by the building’s Qatari owners. The Shard topped the list of Europe’s tallest buildings for just a few months before the Mercury City Tower was completed. 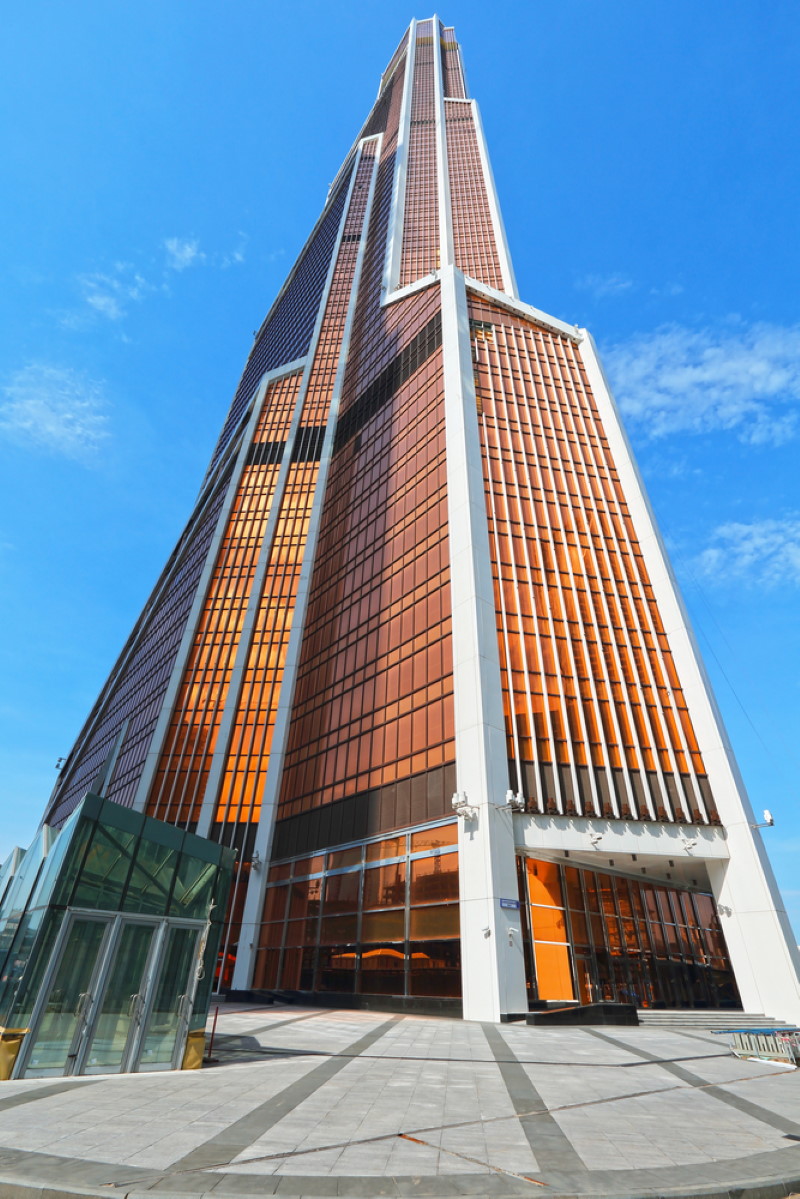 Until the planned Federation Tower, also in Moscow, is built, this office and apartment block will remain Europe’s tallest building, but comes only thirty-fourth in the world rankings. Designed by the American architect Frank Williams, who died without seeing its completion, it has a a distinctive pink appearance resulting from the use of metallic cladding. It is claimed to be environmentally-friendly, making maximum use of natural light, and using local materials.

Neva Towers is a complex that occupies the 17th and 18th sections of the Moscow International Business Center. The project includes two towers – an office tower, 289 meters high, with 63 floors, and a residential tower – 337 meters with 77 floors. The original plan was to build a skyscraper called “Tower of Russia” 612 meters high, but due to the financial crisis the construction was canceled. 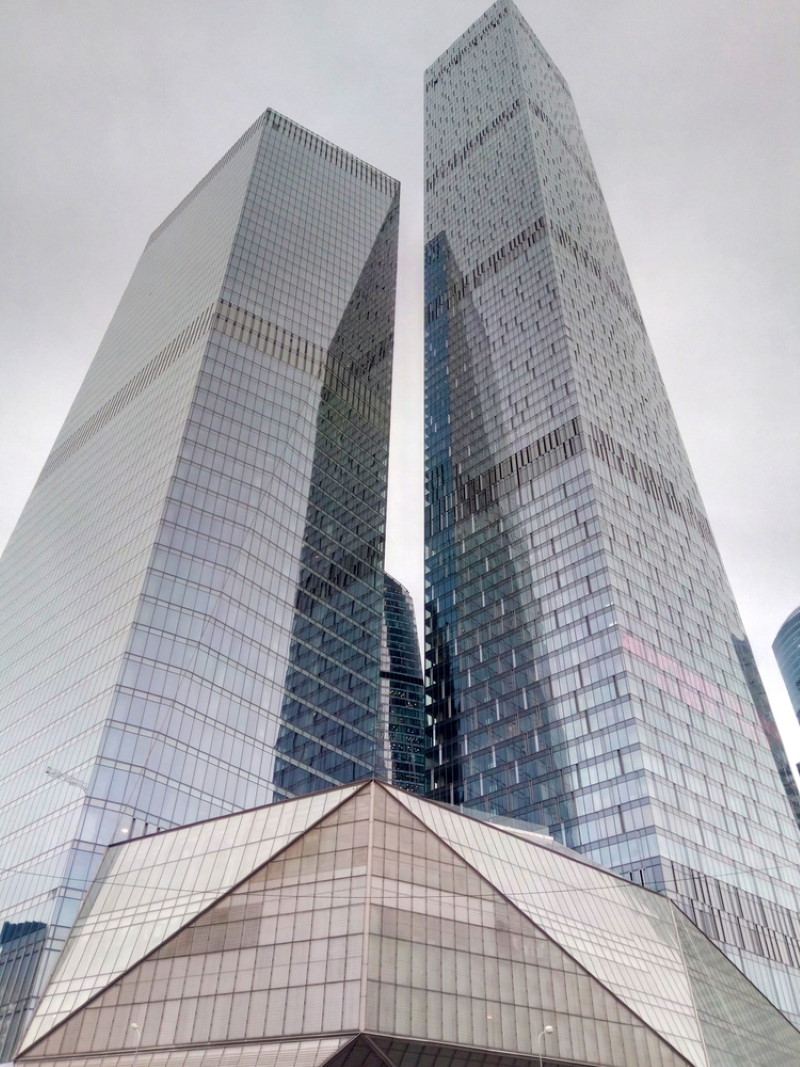 OKO (Russian for eye) is a skyscraper at place 16 in the International Business Center of Moscow, Russia. The building has a north and a south tower, of which the north tower has a height of 354.1 meters and the south tower has a height of 245 meters. Construction started in 2011, was completed in 2015 and was carried out by the American architectural firm Skidmore, Owings & Merrill. 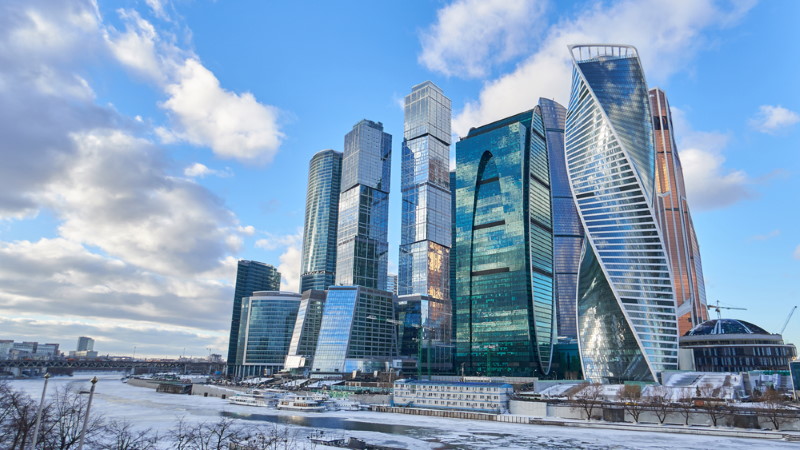 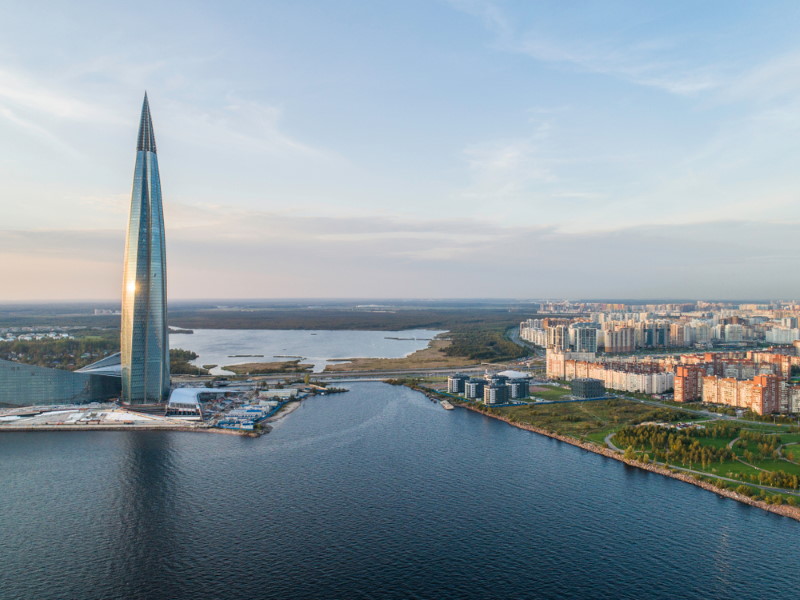 The Lakhta Center is a skyscraper in the Russian city of St Petersburg. The tower was already partially inaugurated on 27 June 2018 and has a height of 462 meters, consisting of 87 floors. During construction on October 5, 2017, the structure became higher than the Federation Tower and thus the tallest building in Europe and reached its final height on January 29, 2018. Owner is natural gas supplier Gazprom that will establish its new headquarters here.
The structure is located in the historic district of Lakhta, on the north bank of the Gulf of Finland. To achieve a light and elegant design, designer Tony Kettle opted for a twisted tower, with walls turning ninety degrees from bottom to top.

Top 10 Tallest Chimney in the World

Top 10 Largest Mosques in the World