The cinematic version of Ian Fleming’s super-suave superspy is remembered for many things. As well as having 7 different actors play the character over the past 52 years, the James Bond movies have featured countless gadgets, cars, cheesy one-liners and ‘Bond girls’. However, the one thing the series has always done well is its iconic villains. From megalomaniac supervillains vying for world domination to former allies holding a personal, deadly grudge, James Bond has faced off against many unforgettable foes.

Pierce Brosnan proved himself to be a good fit for Bond, finding a comfortable middle ground between the seriousness of Timothy Dalton and Roger Moore’s playboy, suaveness. Sadly, Brosnan’s tenure was sullied by the series’ increasingly ‘safe’ mainstream direction which resulted in his last outing being the truly appalling and overstuffed Die Another Day. However it’s hard to find fault in his debut GoldenEye, especially when it comes to Sean Bean’s turn as the villainous Alec Trevelyan. Playing a former MI6 agent who held a secret vendetta against the British government for years, Bean brought a restrained intensity to the role and was perfectly cast as the deceptive, manipulative 006. The rogue agent premise was a refreshing perspective for the Bond villain and it created a conflicted relationship which started as friendship and turned into deadly rivalry. 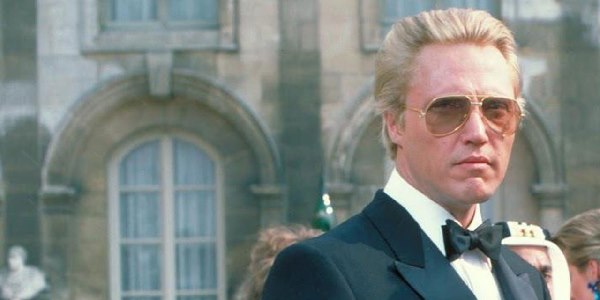 A View to a Kill is a very weird Bond movie which suffers from a maddeningly inconsistent tone and a way too old Roger Moore (he was 57 at the time of filming). Thankfully, Christopher Walken’s portrayal as Max Zorin makes it almost worth watching. Although his scheme to flood Silicon Valley and swoop in to monopolise the industry makes him sound like more of a ‘behind the scenes’ type of villain, Zorin wasn’t afraid of getting his hands dirty. The product of Nazi genetics experiments, Zorin is arguably the most insane and psychopathic villain in the entire series and Walken gives everything he’s got into the role.

Casino Royale is rightfully praised for its efforts to make Bond relevant to modern cinema audiences following the fresh burst of energy the Jason Bourne series gave to the spy genre. It made sense for 007 to finally follow suit and a new type of Bond required a new type of villain. Terrorist financier Le Chiffre may feel like less of a physical threat compared to the vigour that Daniel Craig brought to Bond, but Mads Mikkelsen perfectly draws out the worst in the fresh-faced spy. Le Chiffre asserts his superiority at the poker table and brings out the arrogant streak of Bond, almost causing MI6’s entire scheme to come crashing down. Bond is offered a last minute reprieve by the CIA and ultimately forces the egotistical Le Chiffre into exhibiting his own recklessness and desperation. Unlike most Bond villains, Le Chiffre is a man struggling to stay ahead. In an interesting twist on the setup, Bond has already undermined Le Chiffre’s plans twice before their final confrontation at the end of Casino Royale. Le Chiffre is clearly not the man at the top of the food chain and, although he’s not a villain who the audience ever believes has full control of the situation, he’s by far one of the most interesting.

7. Elektra King – The World is Not Enough 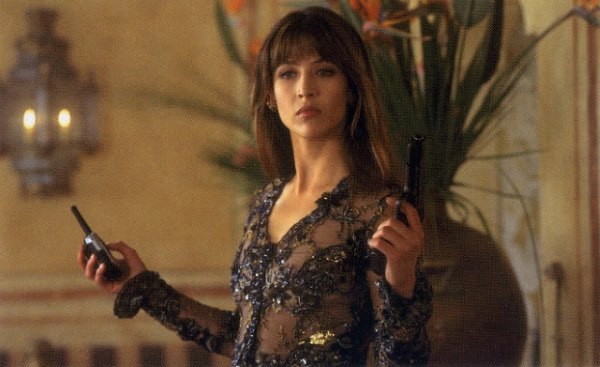 Bond has been menaced by his fair share of women over the years, but most of them were reduced to ‘secondary antagonist’ roles (even Rosa Klebb in From Russia With Love turned out to be an enforcer for higher-up powers at SPECTRE). Thus, Elektra King really broke typical proceedings when she revealed herself as the one who was pulling the strings of stock Bond villain Renard. Although the rest of the movie is a pretty bland affair, King’s inspired character arc – from Bond girl to Bond baddie – is more interesting than most give it credit for. It was refreshing seeing a woman holding the upper hand for a change as King expertly manipulated both Renard and Bond for her own gain. 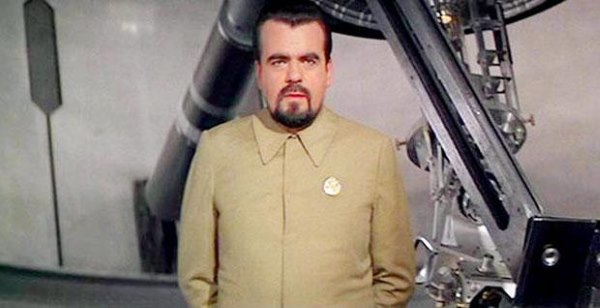 Few evil schemes get much bigger than Hugo Drax’s plans for a new master race. A self-made billionaire and owner of a space shuttle manufacturing company, Drax planned to use his rockets to deliver a deadly chemical which would wipe out humanity on earth so that he could repopulate it with his selection of ‘ideal specimens’. It’s definitely one of the most excessive villainous schemes to feature in any of the Bond movies, but it’s hard not to appreciate Michael Lonsdale’s portrayal of Drax as he opts for understated menace over scene-chewing campness – an impressive feat given the tone of Moonraker. 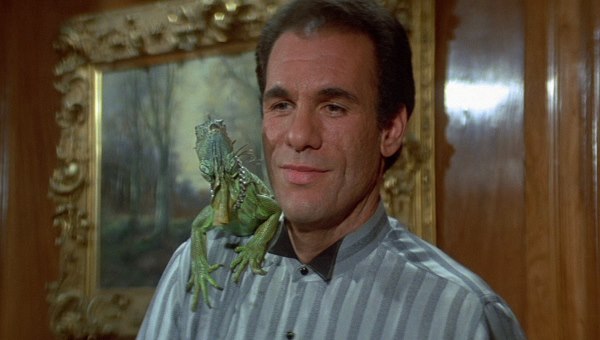 Timothy Dalton’s brief stint as Bond is mostly remembered for the dark and violent direction the series went in with License to Kill. After his CIA ally Felix Leiter and his newlywed wife are violently attacked on their wedding night in an act of revenge by Central American drug baron Franz Sanchez, Bond goes rogue from MI6 and vows revenge. Played by Robert Davi, Sanchez is a charming, methodical and utterly ruthless villain. The cartel leader was a far cry from the usual megalomaniacs Bond was up against, which was probably a conscious attempt by the producers to make the villain feel topical and realistic. It’s hard not to see shades of real-life kingpin Pablo Escobar and his cartel’s reputation for disturbing violence in Sanchez’ actions and this was a good way of taking Bond – and the series – outside of its own comfort zone. Sanchez is eventually outfoxed when Bond infiltrates his inner circle and plays off his paranoia about having a traitor in his midst. This results in one of the most violent deaths in the entire Bond series as Sanchez stuffs one of his own men into a hyperbaric chamber and makes his head explode by decompression. 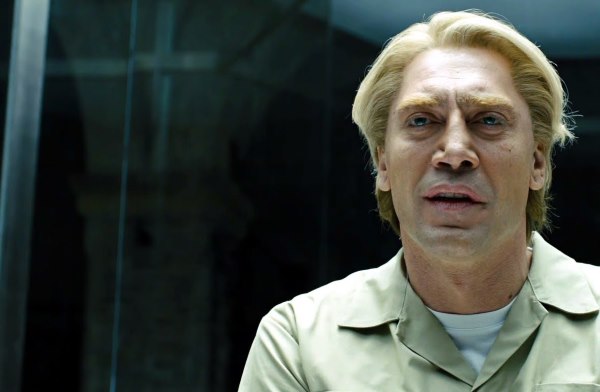 Javier Bardem’s unhinged and unsettling performance as Raoul Silva very nearly steals Skyfall away from Bond himself. On the surface, he’s another villain which ticks all the boxes – he’s deformed, eccentric and carries a nasty vendetta against the British government. However, Silva turns all these stereotypes on their head. When he is first introduced, he calmly and coolly delivers a monologue walking toward a restrained Bond, but the scene doesn’t escalate into violence when the two exchange back and forths. Instead, he unbuttons Bond’s shirt and flirtatiously caresses his wounds. Silva is an unpredictable wildcard and one of the best villains Bond has faced off against in years.

3. Francisco Scaramanga – The Man with the Golden Gun 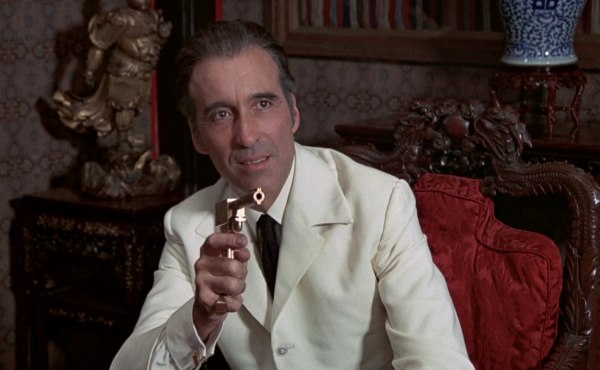 Most of the Bond movies stray far from Fleming’s source material and they pick and choose elements from different books to create a more cinematic story. However, few changes are as drastic as those made to the assassin Scaramanga. In the book the character is nothing more than a thuggish adversary, but in the movie he is transformed by Christopher Lee into a suave, sophisticated antagonist who is much closer to Bond himself. Although he has the elaborate origin befitting a classic Bond villain – he trained as a marksman in the circus as a teen then went to work for the KGB before he became an international hitman – as well as other classic traits like the private island ‘lair’ and the quirky hechman (the diminutive Nick Nack), there’s real threat and menace behind Scaramanga. The assassin clearly takes sly pleasure in the lethal game of cat and mouse he plays with Bond, and the otherwise camp and excessive movie greatly benefits from the presence that Lee brings to the part. 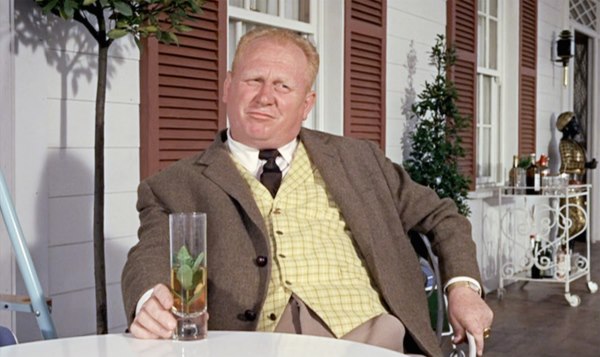 It wasn’t until the release of Goldfinger, the third movie in the series, that the Bond villain template was really established. Sent by M to investigate the suspicious bullion dealer, Bond is finally given ample time to really spar back and forth with the villain in a satisfying way. Goldfinger eats up the screentime with his completely petty and greedy evil scheme – irradiating the Fort Knox gold reserve so that he can drive up the worth of his own stock. In many ways he is a straightforward villain as he simply wants what he desires and will stop at nothing to get it. However, this simplistic desire and his fetishtic obsession with gold is what makes Goldfinger such an iconic antagonist. Bond shows clear disgust toward this petty madman and his theatrical, utterly selfish masterplan. Goldfinger set the stage for countless other villains in the years to come. 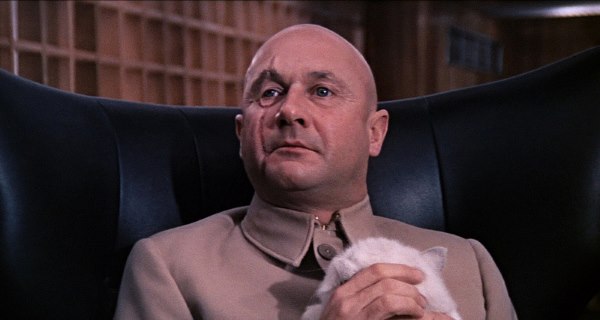 Blofeld is the ultimate Bond baddie. As the head of the villainous SPECTRE, Blofeld was pulling the strings all the way from nearly the beginning of the franchise (Dr. No reveals himself as a member of the organisation but Blofeld doesn’t “appear” until Bond’s second outing in From Russia With Love) and he endured as a part of the Bond movies for almost 20 years. Although he was recast by a different actor each time, he was the only Bond antagonist to keep recurring and to many this makes him the definitive villain. Although it has been spoofed countless times in the years since, Donald Pleasance’s performance as Blofeld in You Only Live Twice is really the most iconic take on the character. With his facial scar, swivel chair, white cat and indeterminable European accent, Blofeld’s entire appearance and persona just screams villainy and it doesn’t get much bigger or nastier than this megalomaniac terrorist who wants world domination.