Spanning 53 years, 23 movies and 6 actors (officially), the James Bond franchise has had its fair share of hits and duds. With the 24th movie, SPECTRE, on its way, what better time to revisit the ten greatest hits of Britain’s superspy? 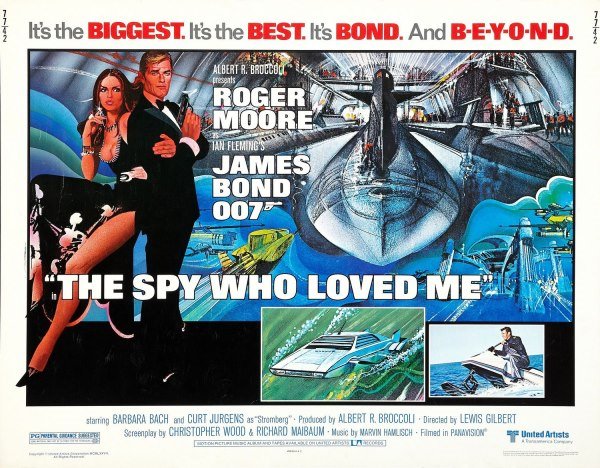 Although it verges on self-parody at times, it’s hard not to appreciate Roger Moore’s third outing as Bond in one of the most bonkers entries of the entire franchise. In ‘The Spy Who Loved Me’ Bond comes up against evil genius Karl Stromberg as he plans to destroy the world and create an underwater Empire. His plan hinges on destroying both Moscow and New York with nuclear missiles thus triggering a global nuclear war whilst he resides safely in his underwater base (aptly named Atlantis). Unfortunately for Stromberg, Bond teams up with Russian KGB agent Anya Amasova and together they are able to foil his plan. ‘The Spy Who Loved Me’ is perhaps most famous for introducing Richard Kiel as the indestructible henchman, Jaws, to the series. With metal teeth able to cut through nearly anything, Jaws was a special type of villain as he managed to escape certain death and reappear in the next adventure – ‘Moonraker’.

Unfortunately for George Lazenby, stepping in as Sean Connery’s replacement left a sour taste in the public’s mouth and he only starred as Bond in one outing – a decision which he claims he made himself. ‘On Her Majesty’s Secret Service’ Bond faces off against old nemesis Blofeld as he plans to sterilize the world’s food supply. In exchange for holding the world hostage, Blofeld believes he should be made a Count whilst also being given international amnesty for all previous crimes so he can retire quietly. The movie drastically changed the formula when Bond actually married his Bond girl (played by ‘Avengers’ star Diana Rigg) after falling in love. Unfortunately, the marriage barely lasts 5 minutes as Blofeld enacted his revenge by assassinating his bride. Still, the marriage was canon – Roger Moore’s Bond visits her grave in ‘For Your Eyes Only’. 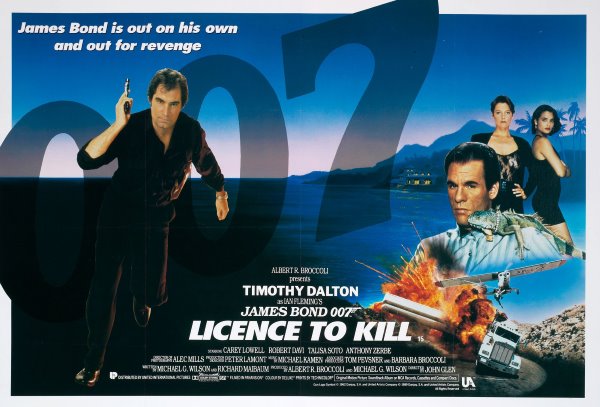 The sixteenth entry of the series was both Timothy Dalton’s final portrayal of the character as well as John Glenn’s last film at the helm, having directed the previous four. When his CIA friend Felix Leiter is attacked and maimed by a shark, Bond takes revenge and is suspended from active duty. Fleeing from MI6 custody, he becomes a rogue agent hellbent on stopping drug lord Franz Sanchez who was the one responsible for the initial shark attack. The film was a box-office success as it grossed over $150 million on a $30 million budget and scored glowing reviews. However, many saw it as a sharp change in tone following Moore’s more light-hearted romps, with much more violence and bloodshed. You can’t really blame them – it’s not often in a Bond film you’ll see a villain punish his henchmen by pushing him into a decompression chamber, upping the pressure and causing his head to gratuitously explode. 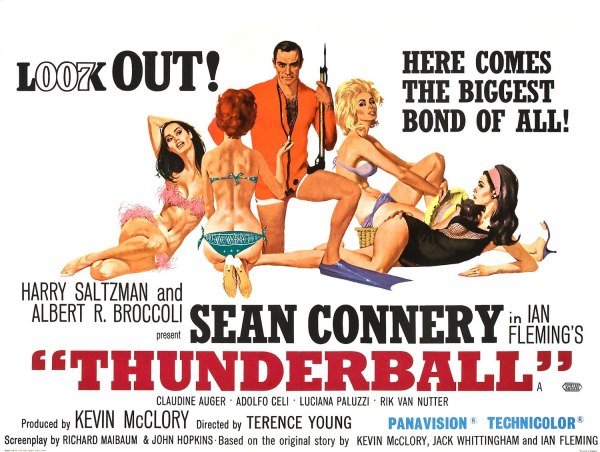 ‘Thunderball’ sees international terrorist organisation SPECTRE stealing two atomic bombs. Threatening the destruction of an unknown city (later discovered to be Miami), they hold the world to a ransom of £100 million. As Blofeld had not yet appeared on screen – save for his voice being heard – it was up to SPECTRE’s Number Two, Emilio Largo, to step up against Bond. Like all good villains, he sports an eye-patch and has an army of henchmen at his disposal. Although some critics found ‘Thunderball’ to be too long (at 130 minutes it was the longest of any Bond film at the time) it is revered for its spectacular underwater climatic sequence. 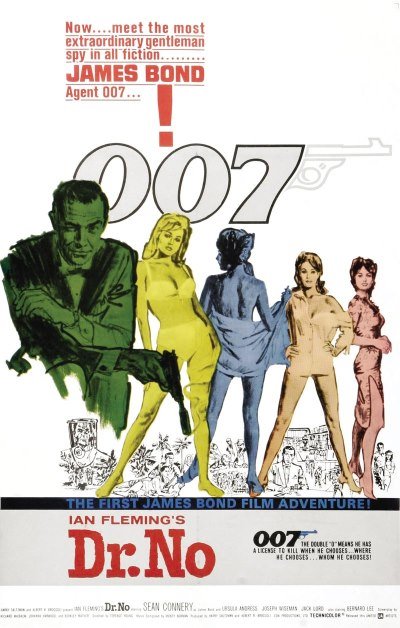 The film which kickstarted the franchise, ‘Dr No’ follows Bond as he travels to Jamaica to seek out the disappearance of a fellow agent. Whilst there, he uncovers the hideout of Dr No who plans on using a radio beam to disrupt the launch of an American rocket. Bond is introduced in the now-famous sequence playing baccarat in a nightclub. When asked his name, he calmly lights a cigarette before declaring his immortal catchphrase “Bond – James Bond”, giving the audience a piece of classic cinema. ‘Dr No’ also introduced us to the first of what would be a series of villains with a trademark physical calling-card – the titular character has two bionic hands after suffering an accident involving radiation. 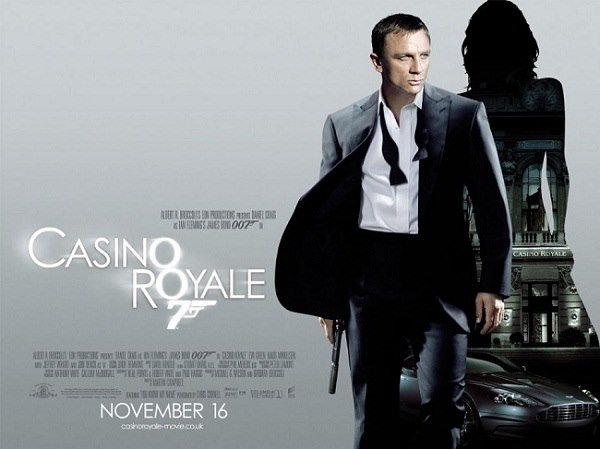 After being cast as Bond to reinvigorate the franchise, Daniel Craig saw a fair amount of public backlash. Many thought he was unsuitable for the role due to his appearance, going as far to dub him ‘James Blond’. However, he put everyone to shame and is now regarded as one of the top Bond actors – even earning himself a BAFTA nomination in the process. ‘Casino Royale’ takes Bond back to basics; no more over-the-top gadgets, underwater cars or trips to outer space. Instead, he was simply outfitted with a pistol and the ability to play a great hand of poker. Bond is sent on his first mission after receiving his license to kill and must stop a terrorist financier by bankrupting him at a high-stakes poker game. Craig’s performance simply left the audience wanting more, and the final delivery of his trademark line just before the credits rolled cemented him in Bond history. 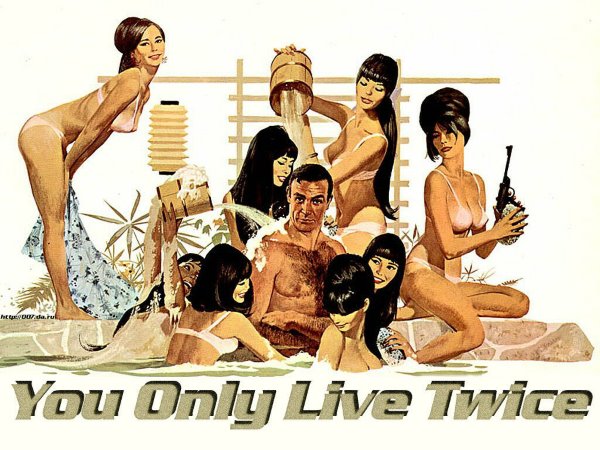 Connery’s last outing as Bond before handing over the reigns to Lazenby, ‘You Only Live Twice’ was an enormous success both at the box-office and critically. When American and Russian spacecrafts mysteriously disappear in orbit, Bond is dispatched to Japan to investigate and prevent an all-out war. Here, he comes face-to-face with SPECTRE leader Blofeld, portrayed by Donald Pleasence. After uncovering the real plot (Blofeld intends to start a war between the two Cold War nations), Bond, along with an army of ninjas, manages to infiltrate the compound, foil his nemesis and escape just in time before the lair self-destructs. Although Blofeld would be portrayed by three subsequent actors, Pleasance’s portrayal and characteristics went on to become stock cliches of big screen super villains and he gives a quintessential villainous performance. 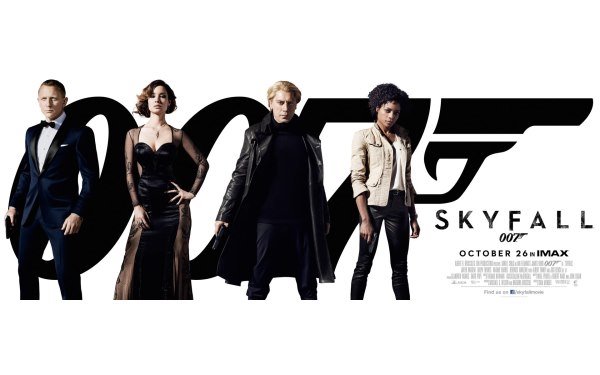 Craig’s latest outing as Bond brought the franchise to new heights, managing to become the first (and so far only) to gross over $1 billion worldwide. The story centres on Bond’s investigation into an attack on MI6 carried out by a former agent-turned-villain. It turns out it was none other than Raoul Silva (portrayed by the scene-stealing Javier Bardem) who believes the agency betrayed him. Unlike so many previous entries, ‘Skyfall’ mostly forgoes exotic locations and has the action primarily take place in England and Scotland, which forces Bond to finally face his past. The film is perhaps most remembered for its climactic shoot-out which sees the death of Judi Dench’s M (who had portrayed the character since 1995) as well as the reintroduction of Miss Moneypenny who had been absent since ‘Die Another Day’. ‘Skyfall’ also marks the first time a Bond film nabbed an Academy Award for Best Song, despite having been nominated three times in the past. 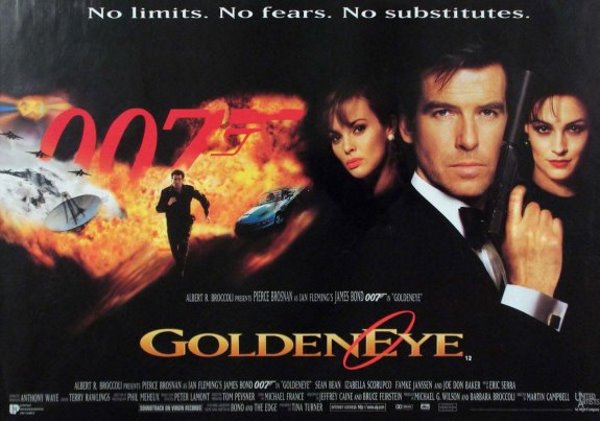 Starring in four films, Pierce Brosnan was seen as a considerable improvement over his predecessor as he brought an air of freshness which reinvigorated the franchise following a six year hiatus due to legal troubles. ‘Goldeneye’ was the first film not to be based on any works of Ian Fleming. Bond is tasked with retrieving access to a stolen satellite system which could unleash a devastating attack on the Earth and ends up facing off with former Agent 006 turned rogue (played by Sean Bean). The opening stunt which features Bond bungee jumping off a Dam to infiltrate a Russian facility not only set a world record for the highest jump from a fixed structure, but it has also been voted the best movie stunt of all time in numerous polls. 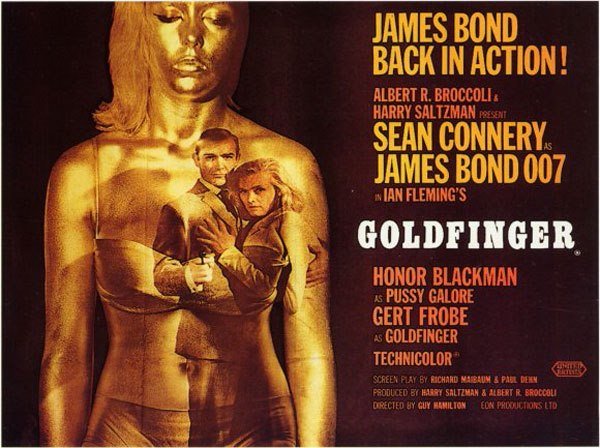 The third film in the franchise is often seen as the first Bond blockbuster, with a budget more than that of the previous two films combined. Bond is investigating the smuggling of gold magnate, appropriately named Auric Goldfinger, and eventually uncovers his plan of attacking the United States Bullion Depository at Fort Knox. Aided by his trusty, if short, henchman with a deadly bowler hat Odd-Job, it’s up to Bond to thwart both their plans and save the day. The film introduced several elements which would become trademarks of the franchise, including the gadgets provided by Q (portrayed by Desmond Llewelyn for 17 films) – Bond is given an Aston Martin DB5 complete with machine guns and an ejector seat. The car was made into a toy by Corgi and quickly became the fastest selling toy of 1964.