We all know what chastity belts are, don’t we? If we haven’t directly learned about them, we have seen them in movies and read of them in books. They are really well-known. Aren’t they? You might be surprised by some of the following chastity belt facts:

10. They Were Used By Jealous Husbands 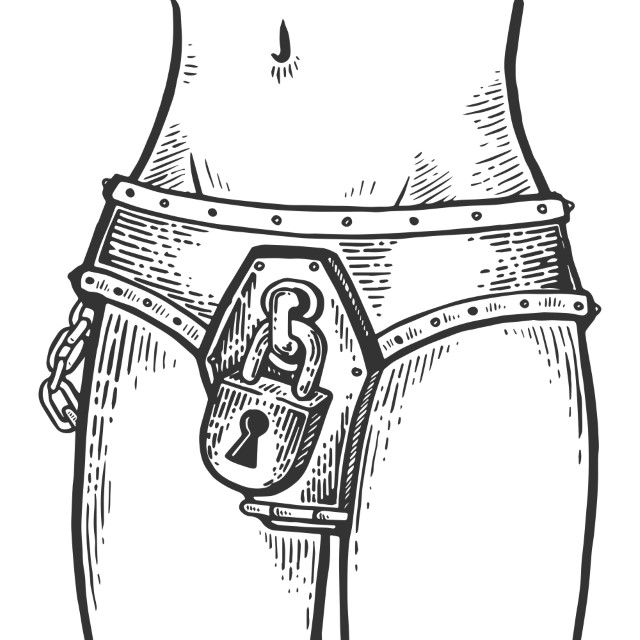 If we know anything about chastity belts, it is that they were used by men: fathers, brothers, especially husbands, to keep their womenfolk pure and honourable in the event of the man’s absence for a while. Now, it is true that in medieval times it was believed that women were more – er – hot-blooded than men and would not be able to turn down an offer of rumpy-pumpy, so there is a tiny bit of merit in the belief that a jealous man might want to ensure the nocturnal purity of his ladies.

9. They Fended Off Rapists! 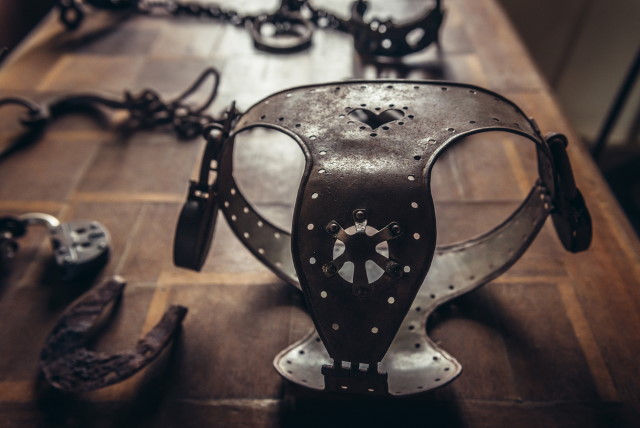 However, an alternative theory was that it was women who seized on the chastity belt as an anti-rape aid, something that would keep her safe from rapacious lust-filled men should she find herself alone and at the mercy of such people while travelling or visiting unknown places. 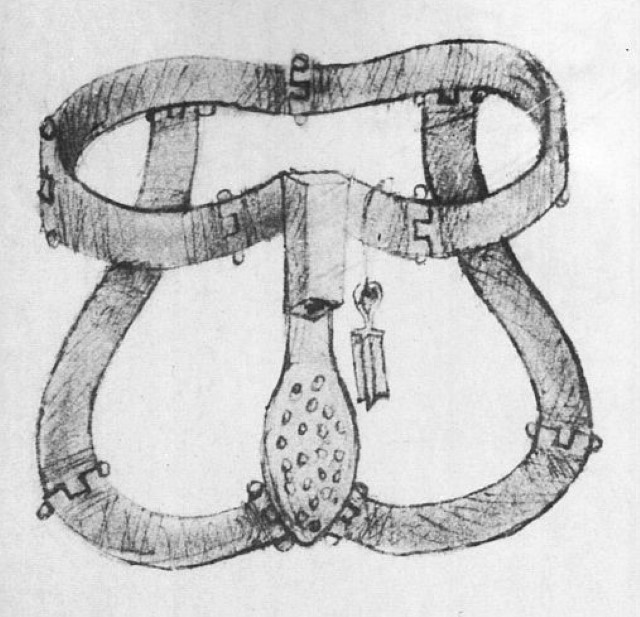 Chastity belts were not real devices – they were something of a joke or satirical statement.

The oldest depiction of a chastity belt is found in an engineering book from 1405, where it features alongside a number of amusing fart jokes and other satirical sketches. 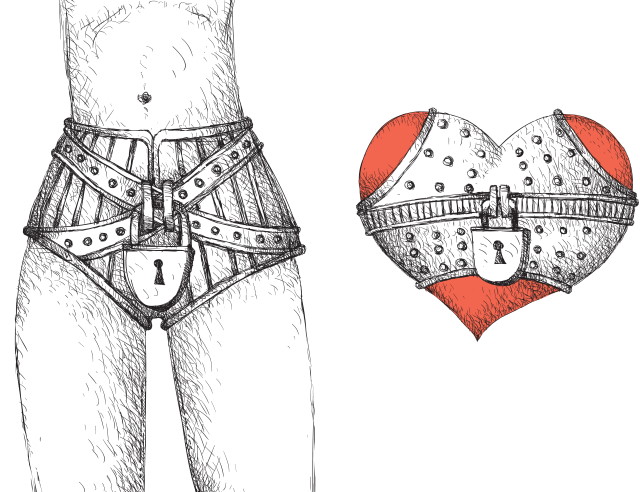 The idea of a chastity belt did exist, in the same way that the idea of a ‘thinking cap‘ exists today. A woman being exhorted to ‘keep her chastity belt locked’ while her man was away was simply being advised to keep her virtue intact: she was not literally locked into a metal device. Of course, pictures of chastity belts and actual chastity belts themselves so exist, but again this is the equivalent of photoshop done renaissance style!

6. But I’ve Seen Them! In Museums, so They Must Exist 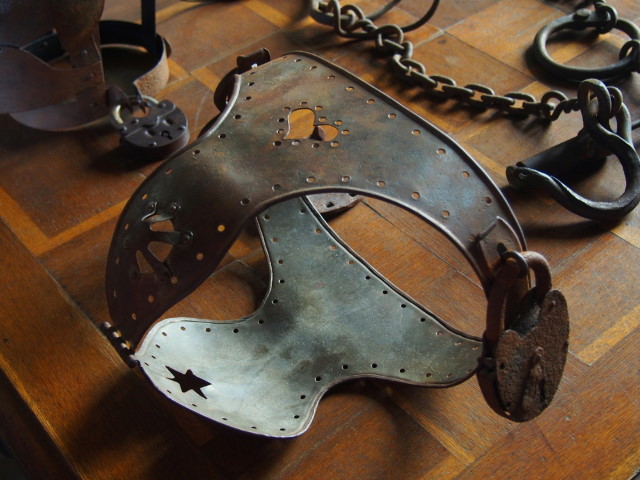 The literal belts that have been found – and sometimes even displayed in museums as authentic medieval devices – have now all been found to be much later replicas, from the 18th and 19th century. These modern contrivances were probably made to please customers with sexual fetishes or as satirical gags.

Some museums have removed their chastity belts from display, while others have moved them, replacing the medieval blurb with one explaining the actual provenance of the device in question.

5. They Made People Feel More Civilised 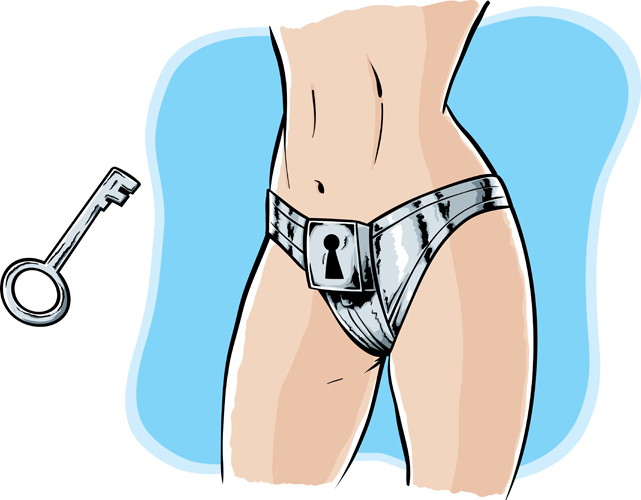 Renaissance and Early Modern people liked the idea of jealous men bullying fair, beautiful women into a chastity belt, rather than trusting them or – heaven forbid – treating them like real people. It gave Renaissance folk the chance to feel superior and more intellectual than the barbaric Medieval lot.

The fact that it was not true, is a little bit like people today thinking that we used to believe that the world was flat. Actually, they never did, more people believe that nonsense now that we can actually see our globular world than ever used to seriously contemplate it!

4. Why Do People Keep Believing It Then? 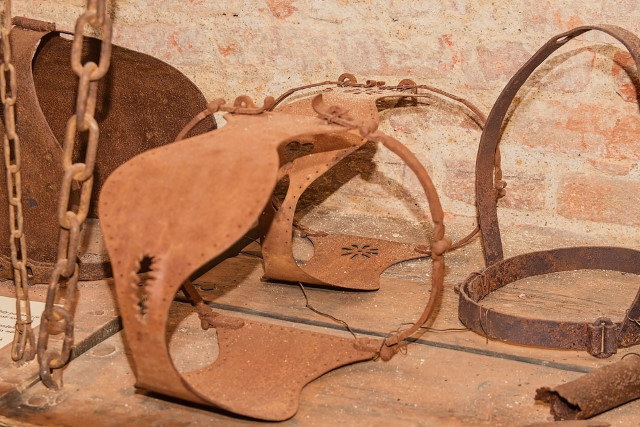 The idea of the chastity belt has stood the test of time for a couple of reasons. Firstly, when you have been told about them, seen pictures of them and even been to seen chastity belts in the flesh, so to speak, you have no reason not to believe in their existence.

Secondly, there is something simultaneously romantic and a tiny bit kinky about chastity belts. We all love the idea of depriving oneself for love, and the chastity belt fills that niche perfectly.

And finally, the idea has lasted because, like unicorns, people want them to have been real! 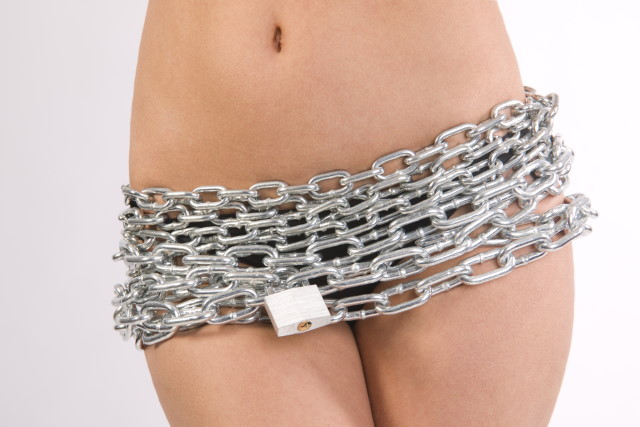 Yes, this is true. In January 2016, an Italian woman in the city of Padua phoned the fire brigade, asking them to come and help her break a lock as she had ‘looked everywhere’ and could not find the key. Assuming the lock was on a gate, or trunk, or something similar, they popped around with their handy bolt cutters, only to have the woman raise her sweater, revealing a locked chastity belt clasped firmly around her body.

They snipped her free and asked how she came to be in that predicament, worrying that she might have been coerced into a controlling sex game of some kind. She reassured them that she was fine, and had put the belt around herself in a bid to prevent herself from entering sexual relationships. She, and the firefighters, were moderately embarrassed by the encounter, but all’s well that ends well, as the saying goes. 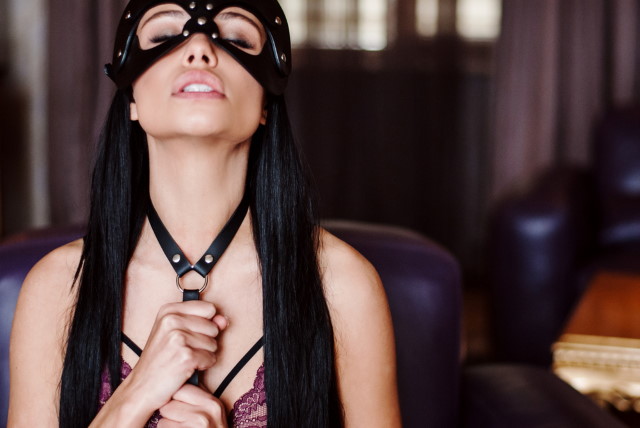 Yes. People who are into the bondage lifestyle often use chastity belts, especially when they are in a submissive/ dominant relationship. The use of the chastity belt puts the dominant in absolute control of the submissive’s sex life, to their mutual benefit. Subs are not only female though, there are also ‘chastity cages’ which cover male genitalia, and perform the same task as the female variant.

There is, indeed, an American band from the city of Walla Walla in Washington State, who go by the name of Chastity Belt. Their lead singer used to be in a band called Childbirth, so there is definitely a theme in her career, we’re just not entirely sure what it is! The band has three albums out with a fourth due to be released imminently.

There you have it: ten fun facts about chastity belts, that hopefully entertained, amused and low-key educated you. Were all of these pieces of information new to you, or did you know them all already?

Top 10 Most Important Assassinations That Changed the World