You’d think that video games and consoles would be a pretty straightforward product to sell. Simply show a few clips of gameplay footage (or “not gameplay footage” as so often seems to be the case these days), make a few exaggerated claims about how awesome the gaming experience is and then patiently wait for the money to roll in. However, ever since the early days of the industry developers and manufacturers have taken a very different approach which has resulted in some very creepy, weird and downright terrifying advertising campaigns being used to promote consoles and video games.

Blizzard pulled in a pretty baffling selection of celebrities to promote World of Warcraft. Adverts featuring William Shatner, Chuck Norris, Ozzy Osbourne and Verne Troyer humorously toyed around with the idea that this eclectic bunch of celebrities all played with their own alter egos in the game. Mr. T was one of the prominently featured celebs during this campaign and his character – a Night Elf with his face and mohawk – actually made it into the game for a short period of time. His character handed out Mohawk Grenades which could be used to “pity fools” by targeting other players and giving their avatars a mohawk for 60 minutes. The advertising campaign was pretty popular but fans did question its relevance to the super successful fantasy MMORPG.

Visual director/designer Johnny Hardstaff impressed the creative industry with his 2000 short “A History of Gaming”: a detailed, retro-inspired 5 minute side-scrolling animation which takes viewers on a journey through the history of the medium. The piece was picked up by Sony to advertise the PS2 and they commissioned a follow-up from Hardstaff. In 2001, Hardstaff completed “Future of Gaming”, a dystopic reimagining of the industry which explored “a retro-futurist parallel world of alien invasion with indications on the military classification of the console’s chipset.” The advert was a radical departure from its predecessor with its ominous, grim perspective which featured nightmarish imagery and bleak, gruesomes scenes. The trippy narrative and shocking visuals weren’t exactly a celebration of video gaming and its genuinely surprising that Sony put their name to it.

This weird commercial for the bloody arcade fighting series showed a man writhing in pain as he is wheeled through a hospital on a stretcher. Gameplay footage from Mortal Kombat 3 flashes on the screen as a strange growth in his stomach pulsates and looks set to burst right out of his body. The ad ends with the text “Be careful, it’s home” but it’s not entirely clear how this grotesque medical emergency is actually connected to the game.

To promote the release of the NES in Australia and New Zealand, Nintendo went for the ‘creepy technology overlord’ approach. The advert opens with a blocky, computer generated man saying “We are Nintendo…we challenge all players” before it cuts to a kid playing the console in a suitably dark and gloomy looking room. As the advert continues the kid is shown playing NES favourites like Duck Hunt, Mario and Gyromite as antagonists from each game fill the screen and all keep repeating the ominous phrase “You can’t beat us”. Strange Mario-style music plays in the background throughout the advert and it ends with all of the ‘villains’ stood together staring at the screen and chanting “You can’t beat us” as if it were the official trademark of the console. Nintendo probably intended for the advert to show off just how challenging its games were, but instead the whole ordeal comes across as a creepy look into a world where these digital characters reign supreme. Even weirder is the genuinely unsettling voices each character has – the dog from Duck Hunt is turned into a chilling villain even though he’s not even a threat in the original game.

Sony has always adopted a weird approach when promoting its consoles. In 1999, the company enlisted the skills of provocative video artist Chris Cunningham for this short advert which featured an alien called Fi-Fi being interviewed in a plain, white room. Cunningham very subtly digitally manipulated the face of a young Scottish actress so that she appeared to have the shape and features of a grey alien while still looking very human. Fi-Fi gives a short monologue about the “human endeavour” before the advert closes with the tagline “Do not underestimate the power of Playstation”. There’s no mention about the console or video games at all and the unsettling appearance of Fi-FI confused viewers about whether she was a real woman or not and what the whole thing was really about.

David Lynch is the undisputed master of weird so Sony obviously scored a big win when they landed the director for a series of abstract shorts to promote their new PS2. By far the most baffling of the bunch was “The Third Place”; a one minute commercial which plays out like a homage to Lynch’s own work. A young man (who looks like the lead from Eraserhead) stumbles down a strange hallway and is subjected to increasingly weird and distorting visual imagery and sound effects. He finally comes to a room featuring another version of himself, a mummy, a dismembered arm and a talking duck who says “Welcome to the third place”.

For Super Mario World 2: Yoshi’s Island, Nintendo figured the best way to promote the game’s excessive amount of levels, amazing graphics and gameplay innovations was to shoot an advert which featured a man messily gorging himself on food because, like the game, he doesn’t know “when too much is too much”. He keeps stuffing his face before literally exploding in a mess of guts and partially digested food. The advert seems to be a riff on Monty Python’s Mr Creosote sketch, but the squelchy gross premise doesn’t quite fit the colourful, fun world of Mario’s beloved dinosaur companion.

Although most of their advertising campaigns are relatively ‘safe’ (well, compared to Sony at least), Microsoft caused a stir when they released this commercial for the Xbox back in 2002. The advert shows a baby shooting out from between the legs of a pregnant woman and smashing through a hospital window towards the sky. Flying through the air, the baby ages and grows until it finally becomes an old man and violently crashes into an open grave and destroys a coffin. The surreal advert certainly made a point about life being short and is visually impressive, but Microsoft was forced to pull it from UK television after receiving 136 complaints about it being too disturbing and offensive.

To show off the true power and potential of their new PS3, Sony devised a series of commercials set in a featureless white room which could be transformed by the console. Most of these ads were pretty straightforward and surprisingly effective. One advert featured a bunch of eggs rolling around the floor to emphasise the fluidity and precision of the Sixaxis motion controller while another showed a Rubik’s cube being pulled apart and covering the walls with vivid colour as a way to exaggerate the power of the cell processor. However, one advert was just downright unsettling. The “Baby” commercial showed a small plastic doll coming to life in the presence of the console. The baby laughs and then cries in a strange, distorted voice before its eyes flash with scenes of violence and fire. Its tears roll back and disappear as it lifts its arm, points at the console and says “Mama”. Creepy.

Atari Jaguar annoyed countless gamers with its condescending ‘Video Game Marketing 101’ commercial which highlighted just how supposedly advanced the system was when compared to the 16 bit Sega Genesis and the 32 bit 3DO. Of course all those precious extra bits didn’t stop the Jaguar from becoming a console failure, but Atari somehow managed to pull off an even worse advertising strategy during its short lifespan on the market. The hyperactive advert for 3D roaming space-shooter Cybermorph switched between gameplay footage and scenes of a kid over excitedly playing the game as an obnoxious voice over promoted the Jaguar’s “64 bit mega power”. At the end of the advert the kid turns to the camera and pukes all over the screen. Atari apparently didn’t learn from Video Game Marketing 101 that the worst way to promote a game is by telling people that it will make you want to violently throw up after playing it. 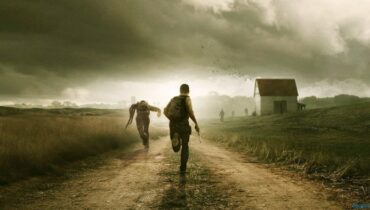