Will the console wars ever truly be over? Just when we thought the big three – Sony, Microsoft and Nintendo – would dominate the market for the foreseeable future, Steam announced that their digital delivery platform would find a home on their new console the Steam Machine. Then there’s the augmented reality peripheral Oculus Rift; a device which could potentially completely change the way we play games. The rise of smartphone and tablet gaming has also affected the way developers produce and distribute their latest titles, so who knows what the future will hold? However, veteran gamers have seen these types of shakeups before and they know just how easy it is to forget about the failed consoles which just couldn’t make their mark in the cutthroat world of video games.

On paper, the 64-bit Atari Jaguar should have easily matched the popularity of its 32-bit contemporaries the SNES and the Sega Genesis, but this wasn’t to be the case. The ill-timed release of Atari’s new console actually put it up against next generation technology like the Sega Saturn and the Sony PlayStation. With its lack of decent games, limited library (its architecture made it difficult to develop for) and complicated controller, the Atari Jaguar was left behind and only managed to muster up sales of 200,000 before being discontinued in 1996.

What most gamers probably remember about the 3DO Interactive Multiplayer console was its huge price tag. Retailing at almost $700, the 3DO may have offered cutting-edge hardware but a was a very cost-prohibitive device for gamers to take a risk on. The 3DO had a decent selection of games – Super Street Fighter II Turbo, Road Rash and Crash ‘n Burn were as close to the arcade experience as gamers could hope to get in their home – but the console also fell victim to the lures of new CD-ROM technology and as such is remembered for FMV-heavy titles which were half interactive movie and half playable game. Although it shifted more than 2 million units, the 3DO faced an early demise and it was discontinued in 1996.

The Apple Pippin really had no idea what it wanted to be. Designed by Apple and manufactured by Bandai, the Pippin was marketed as a games console with the functionality of a network computer. Problem was, no one really to play games on a scaled down version of a Macintosh with a crummy PowerPC 603e processor and a price tag of $600. In many ways, Apple was ahead of the time by offering a web-ready device with multimedia playback all the way back in 1996. However, the company was also extremely stupid in thinking that the market was ready for an all-in-one device, especially seeing as the Pippin failed as both a substitute for a games console and as a home PC. Underpowered, overpriced and completely lacking a games library, the Pippin really had no chance going up against the Sony PlayStation and Nintendo 64 and only managed to sell a shocking 42,000 units before being discontinued. 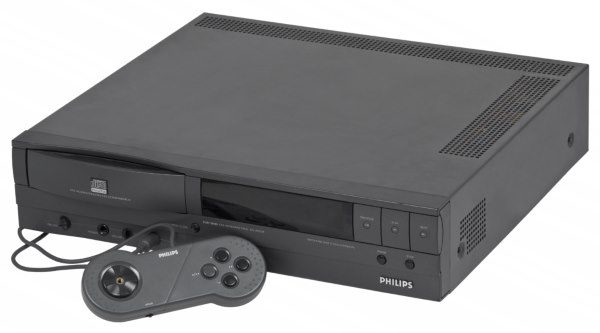 The Philips CD-i was another pricey multimedia/games system which suffered from an identity crisis. Capable of playing audio, photo, video CDs and interactive CDs (CD-i), the gaming side of the console felt like an afterthought. Like the 3DO, the CD-i had plenty of forgettable interactive movies but even its ‘proper’ games – some of which featured Nintendo characters like Mario and Zelda – were completely terrible and panned by gamers and critics. The CD-i was a disaster for Philips and cost the company an estimated 1 billion dollars. 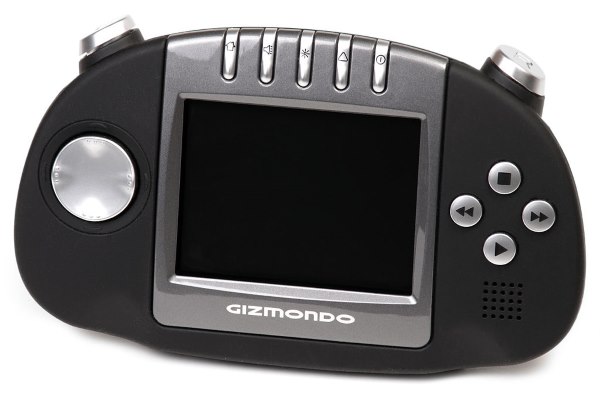 Gizmondo was a handheld console which promised everything. Developed by Tiger Telematics, Gizmondo had bluetooth connectivity, a 1.3 megapixel camera, SMS and GPS support and was also a multimedia player. These were all things its competitors the Nintendo DS and Sony PSP lacked, but the console’s launch was almost completely overshadowed by shady revelations about executives at Tiger Telematics. Also, before the Gizmondo had even gone on sale in North America the company had announced that they were developing a new, updated widescreen model. Despite an expensive marketing campaign, wary gamers never took to the console and it was discontinued in little more than a year. Tiger Telematics suffered huge financial losses and filed for bankruptcy.

When arcade developer SNK announced plans to move into the home console market, it boldly claimed that gamers would be able to enjoy the quality of the arcade experience in front of their television sets. The 24-bit Neo Geo Advanced Entertainment System (AES) may have been visually impressive, but the console was hugely expensive ($650) and the games weren’t very cheap either ($200+). Most gamers weren’t really swayed by the idea that the AES was an investment and that they would save money playing their favourite titles at home instead of depositing their quarters down at the arcade. Nevertheless, the Neo Geo had some staying power. SNK attracted new gamers when they released the Neo Geo CD, a much cheaper alternative to the AES (although it was notorious for longer loading times). It didn’t sell much better, but dedicated players – who loved playing their favourite arcade brands like King of Fighters and Metal Slug – stuck with the brand until hardware production was discontinued in 1997 and game software development ceased in 2004. Even to this day the Neo Geo has an active homebrew scene, but the console never had the market presence and commercial impact SNK was hoping for. 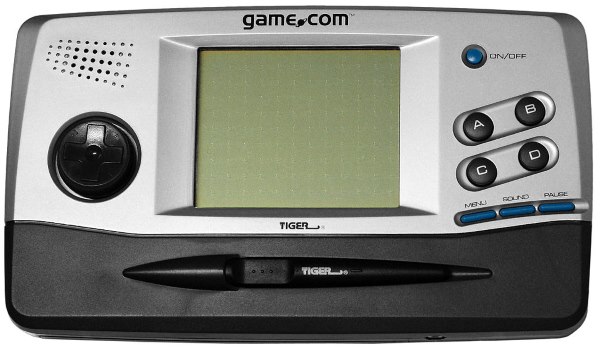 Tiger Electronics had always been a heavy hitter in the handheld video game market. The success of its mass-produced standalone devices – cheap handhelds which only played one game and basically flipped between basic, static images to give the illusion of animation – apparently gave the company the confidence to contend properly in the handheld market. Tiger upped their game with the release of the Game.com in 1997. Featuring a built-in modem (which connected to the Internet via serial cable to an external modem) and touchscreen functionality, the gaming console also attempted to double up as a PDA. However the interface was clumsy and the games – which came on ROM cartridges – were in short supply and hard to play on the poor display. The Game.com failed miserably in its attempts to compete with Nintendo’s Game Boy and only sold 300,000 units. 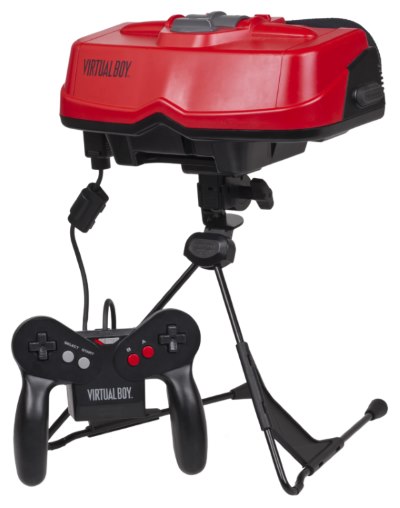 In 1994, Nintendo made the audacious announcement that it was developing a new console which would provide gamers with unparalleled levels of immersion. The extensive (and expensive) marketing campaign for the ‘Virtual Boy’ touted the systems advanced 32-bit technology and provided truly 3D gameplay which was out of this world. Thus, gamers were understandably more than a little bit perplexed when they wore the console’s awkward head-mounted display to find that everything was in monochromatic red and the supposed 3D experience was nothing more than a gimmicky effect that didn’t even take advantage of the games which were released for the console. On top of everything else, Virtual Boy was genuinely uncomfortable to play and painful on the eyes. Nintendo’s virtual reality experiment was a huge flop and the company has failed to live it down ever since.

The RCA Studio II was one of the earliest ROM-based home consoles, but it was completely outclassed by its predecessors and successors. The console’s most baffling feature was its two keypad controllers which were built in to the system so that they could not be detached. This made for an awkward gaming experience and the console’s black and white graphics were bested by the Fairchild Channel F which had been released one year before. The release of the Atari 2600 was the final nail in the coffin and the RCA Studio II is remembered as one of the most unimpressive ‘blips’ in console history.

The Sega Dreamcast sold more than 10 million units, received a positive critical reception and is still to this day fondly remembered (and played) by gamers around the world. It featured games with mass appeal (Soul Calibur, Crazy Taxi, Shenmue) as well as titles which were more niche and experimental (Seaman, Parappa the Rapper), supported online play and had competitive technical specifications. So why is it on this list? The Dreamcast was a short lived contender which fell victim to bad timing. Namely, it was easily trampled by the PS2 hype machine when Sony’s behemoth was released in 2000. DVD support and the cutting edge Emotion Engine were huge selling points for the PS2 and it seemed that these features instantly dated Sega’s Dreamcast. Of course, there were many other contributing factors – the Dreamcast had no copy protection, some gamers still held Sega in ill regard because of the failures of the Sega Saturn and Sega 32X, EA Games didn’t develop any games for the console because of its hardware, etc. – but it’s easy to see the Dreamcast as another casualty of the console wars which just couldn’t keep up with the competition. Unable to financially fund the console any further, Sega announced it was discontinuing the Dreamcast in March 2001.