Movie merchandise is a huge market, and studio and marketing execs will use almost any product they can get their hands on to promote their latest blockbuster or family movie. However, this eagerness for cross-promotion isn’t always successful, and some movie tie-in merchandise is just downright bizarre.

Breakfast cereals are a prime target for movie merchandise simply because they are one of the easiest ways to grab the attention of children (and their parents). By including a different toy in each box, crafty marketing folks can ensure that kids will keep coming back for more in an effort to complete the collection. Most movie cereals don’t really make much sense, but sharp advertisers usually find a way to make the product work. For example, offering a movie-themed toy or changing the shapes/flavour of the food to tie-in with the movie. Unfortunately, this was easier said than done when it came to the Addam’s Family cereal. The box is suitably gloomy and blue, but it doesn’t really look appetising and the cast of characters seem like the type to poison the food inside. The cereal did come with a free flashlight (which in itself is a bit of a weird toy) but most parents probably didn’t want to take a chance buying a cereal which proudly stated on the box that it was “creepy and crunchy with the great taste you’ll scream for”.

Hasbro has released dozens of different versions of Monopoly over the years and, despite the board game’s fairly limited core mechanics, alternate versions have been made for countless movies, TV shows, sports teams and regions. The worst movie-tie in version from this expansive catalogue has to be Batman & Robin. Audaciously describing the board game as ‘the battle for supremacy in Gotham City’, the decision to commemorate the worst Batman movie in the entire series (and arguably one of the worst movies ever made) is just unforgivable.

Completely embracing the niche ‘stoner horror’ movie market, Gingerdead Man vs. Evil Bong is a straight to DVD crossover of the awful Gingerdead Man and Evil Bong horror franchises. Realising that no one in their right mind would watch the movie without being either drunk or high, fans of the movies can buy themselves branded smoking paraphernalia such as bongs, lighters, bud jars and even bong cleaning liquid.

The opening 10 minutes of Stanley Kubrick’s sci-fi epic 2001: A Space Odyssey is one of the most memorable sequences in movie history. Depicting ‘The Dawn of Man’, a huge black monolith appears before a group of apelike hominids on prehistoric Earth. When one of them touches the monument, they gain the intelligence to use tools. The strange monolith is a recurring piece of imagery throughout the movie, and it’s an abstract, complex metaphor which is most commonly thought to represent the evolution of man. In what has to be one of the strangest designs for a movie toy ever made, the monolith is available as an ‘action figure’. It’s clearly a tongue-in-cheek piece of merchandising aimed at the adult collector’s market, but that’s not quite enough to hide the fact that it’s still an expensive price to pay for a piece of solid black plastic.

Paul Verhoven’s cult 80s classic Robocop was an unlikely candidate for the children’s toy market. The ultraviolet sci-fi movie is a biting satire on crime and the police state, so it’s hardly kid-friendly material. Despite the movie’s gore, nudity and general adult nature, kids just couldn’t get enough of the stoic, ass-kicking police android and it wasn’t long before Robocop lunchboxes and action figures started flooding the shelves of toy stores. However, one of the oddest products by far was the Bubble Buddies range. These were scented bubble blowers for kids with a Robocop head topper. It’s a product which even Verhoven might have thought was a step too far when he was creating fake infomercials which parodied consumer culture in the original Robocop movie.

Another violent 80s sci-fi series which definitely wasn’t suitable for children on any level, the Aliens movies proved to be another unlikely winner in the kid’s movie merchandise market. Other 80s alien icons like ALF and ET were cute and cuddly and nothing like the wild, feral Xenomorphs from the Aliens franchise, but plucky advertising types figured they’d try their luck by marketing them to children. The weirdest of these kid’s products was the Alien Queen Plasma Bubble Bath which came with a snarling alien head as the cap. Even casual movie fans know that the Xenomorphs have acid blood which can melt human flesh, so the decision to release a product which marketed the alien’s ‘plasma’ as a fun thing to use during fun bath-time is a bit of a head-scratcher.

One of the most memorable scenes in the cult comedy Anchorman is when sleazy reporter Brian Fantana (played by Paul Rudd) tries to show off his aftershave Sex Panther. Although he assures everyone that the pungent smelling cologne is the perfect scent to pick up the ladies, it completely backfires as the stench is simply too much. It therefore seems a bit strange that an actual Sex Panther aftershave was released to tie-in with the movie. Although the merchandise presumably doesn’t smell like it’s movie counterpart (which is like a ” turd covered in burnt hair”), it’s still probably not an aftershave which even fans would want to risk wearing.

The Hunger Games series is a huge hit with teenagers and adults, but its themes of rebellion and a dystopian future are not the easiest to turn into promotional merchandise. Undeterred by this, the studio commissioned official Hunger Games light bulbs which have a filament in the shape of a Mockingjay from the series. It’s a neat idea and the bulb does look like a burning bird when it is lit up, but it doesn’t project the image on the wall so you basically have to stare right at the normal-sized bulb to appreciate its effect. Also, it obviously has a finite amount of time before it stops working

The Star Wars Cook Book contains recipes which are supposed to be inspired by the blockbuster sci-fi movies. In the author’s defense, there are some ingenious and creative ideas in the book. The highlights are the ‘Princess Leia Danish Dos’ (which of course look like her famous hair style) and the ‘Protocol Droid Pasta’ which resembles C3PO’s face. It’s a good effort but the rest of the recipes basically rely on alliteration (‘Ework Eats’), poor puns (‘Obi-Wan Kebabs’) or lazy rhyming (‘Wookie Cookies’) to be Star Wars related. As a result, the author resorts to sticking his collection of Star Wars toys on the finished photos of the recipes, and it doesn’t quite make sense to have 5 inch figurines standing on most of the dishes.

The biannual release of a new superhero movie from Marvel Studios is always surrounded by huge amounts of hype, and Marvel have learned a thing or two from the comic book industry when it comes to movie merchandising. Almost any product can be turned into something superhero-related and, of course, advertising in the fast food market is nothing new. Jollibee is the Philippine’s answer to KFC and the company was lucky enough to get a licensing deal for Marvel’s mega-movie The Avengers. Jollibee actually sold merchandise separately in-store so fans could get their hands on an Avengers cup if they paid extra for their meal, but the fast food chain did also offer some free merchandise with their food. The Avenger’s Bucket was a plastic bucket filled with deep fried chicken which featured a picture of the superheroes printed on the side. Even better, the bucket is reusable so it can be presumably used like any other plastic bucket after all the chicken has been eaten. The Avengers Bucket was a huge advertising campaign for Jolibee, but a plastic bucket doesn’t quite bring the same joy as a Happy Meal toy and most children don’t have use for a blue container which smells like chicken. 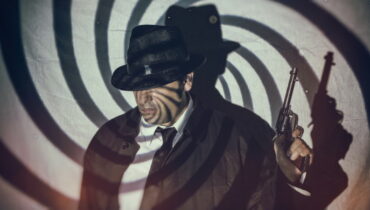