Let’s face it, the relationship between Hollywood and the video game industry hasn’t always been fruitful. Gamers have been burned time and time again by some truly awful cinematic adaptations of popular franchises brought to life with little care for the original material. However, while some wounds will never heal (we’re looking at you Super Mario Bros), many gamers live on in hope that they will one day see movies which do justice to their beloved favourites. 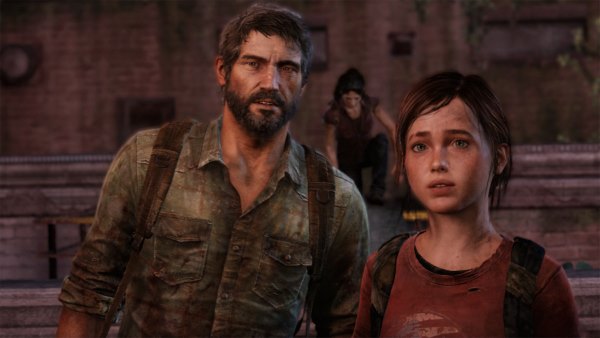 The Last of Us was a critically acclaimed adventure horror game which was praised for its character-focused story, atmospheric environment and intuitive stealth survival gameplay. The game’s setting – a crumbling society where most of the population has either been killed or turned into deadly infected foes – may sound familiar, but The Last of Us delivered a truly unique spin on the post-apocalyptic genre thanks to the disturbing nature of its fungal, spore-based antagonists. However, what really makes the game work is the central realistic relationship between the two protagonists Ellie Joel. When a movie adaptation of the game was recently announced, fans immediately began fantasy casting their ideal actors for the parts and wondered how the pair’s journey could be successfully brought to the big screen. The game’s original writer is onboard for the screenplay and Sam Raimi is producing, but Developer Naughty Dog’s other hit series – Uncharted – also came very close to production (with director David O. Russell attached and writing the script) before the project ultimately fell apart. Fans will probably be holding their collective breath until Last of Us actually starts shooting. 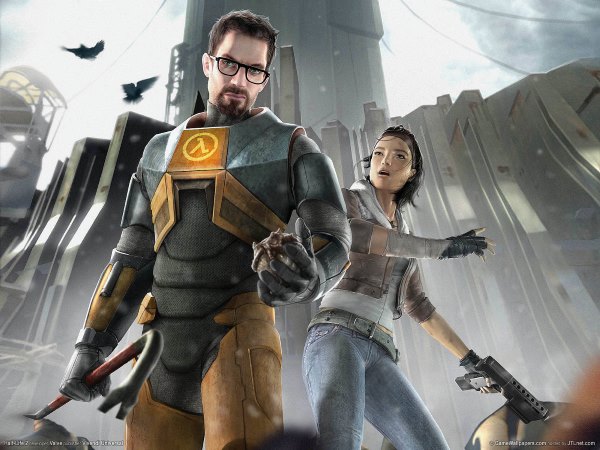 Half-Life may suffer from the problem of the dreaded silent protagonist, but that doesn’t necessarily mean that a big screen adaptation would have to follow suit. Of course, a script which gave Gordon Freeman dialogue will inevitably irk deranged fans who would insist that it wouldn’t be the same if he spoke, but Half-Life is one of the few first-person shooter properties which would excel as a movie. Half-Life was one of the first shooters to really pull off a purely cinematic and immersive environment, and it managed to outdo itself with its critically acclaimed sequel. The sci-fi story went from ‘laboratory experiment gone wrong’ to ‘complete dystopian future’ and there are so many iconic elements from both games – head crabs, G-Man, crowbars, striders – that are just screaming to be brought to life at the movies. 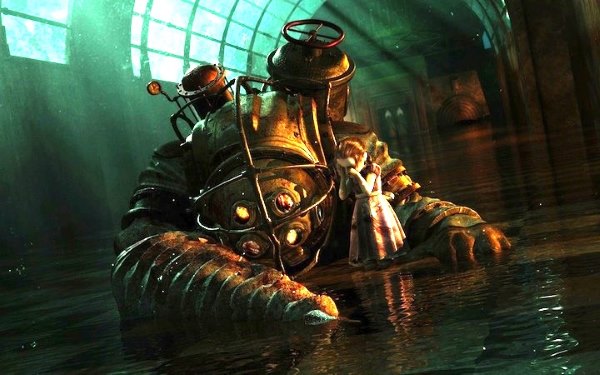 Bioshock has all the right elements to make a truly unique sci-fi horror movie. The game’s story follows a pilot who crashes in the middle of the Atlantic Ocean and finds himself in the weird ‘paradise’ of the Rapture. As is to be expected from a secret city built underwater, nothing is quite as it seems and the story – which takes place in a post-revolution Rapture torn apart by class warfare and genetic modification gone wrong – unravels with just the right amount of mystery, action and plot twists. Bioshock was lauded for its striking art-deco-meets-steampunk visual design which, in the hands of the right director, could be easily transported to the big screen. An adaptation was in development for several years with Pirates of the Caribbean director Gore Verbinski at the helm, but the movie was finally cancelled in 2013 when the studio soured on the idea of risking a big budget on a R-rated horror. Here’s hoping the recent release of Bioshock: Infinite breathes new life into the abandoned project. 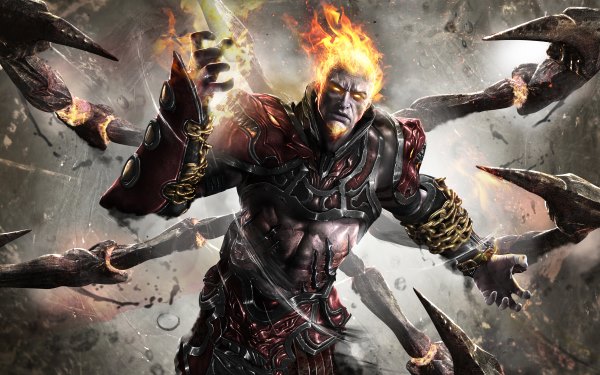 Recent Greek mythological movies have been disappointing to say the least (Hercules, Clash of the Titans, etc.) so a God of War adaptation could provide the genre with some much-needed bloody, god-bashing mayhem. The hack ‘n’ slash adventure games follow demigod Kratos as he arms himself to the teeth with mythological weapons and takes on the Gods of Mount Olympus. With its sweeping, epic scale and cinematic visuals, God of War is a violent, completely over the top series which would provide a suitably exaggerated and very unique take on Greek myths.

It’s hard not to look at the massive success of the recent Lego Movie and wonder if the same movie magic could be applied to the Minecraft universe. The open world sandbox is one of the most popular games on pretty much every console and device capable of running it, and it’s fair to say that the blocky builder has captured the imagination of gamers of all ages. Warner Bros recently announced that they had secured the rights to Mojang’s hit property, but time will tell if this turns about to be another game which doesn’t get past the troubled development stage. 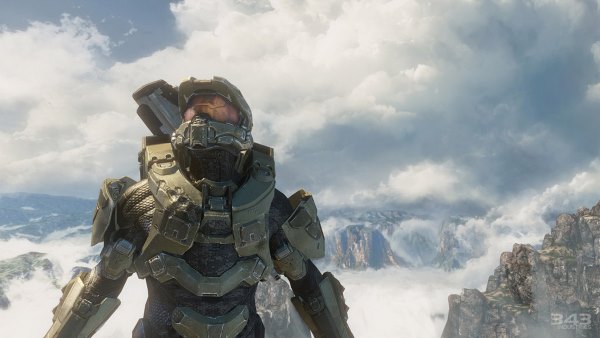 Given its popularity and financial success, it seems amazing that Halo has yet to make the journey to the silver screen. However, it’s not from lack of trying. In 2005, an adaptation was moving forward with Peter Jackson on board as executive producer and writer Alex Garland providing a script (Jackson had also cherry picked promising short film and future District 9 mastermind Neill Blomkamp to direct). In an audacious publicity stunt, Garland’s script was hand delivered for consideration to all of the major studios by couriers wearing full Master Chief outfits. All but two balked at Microsoft’s huge demands – which included full creative control, a $10 million upfront fee and 15% percent of the movie’s backends – and the project eventually fell apart. Some of Blomkamp’s promising test footage was used to promote Halo 3 and teased fans with the possibility of a full length, live-action version of the rich Halo universe, but the movie adaptation still remains in limbo. 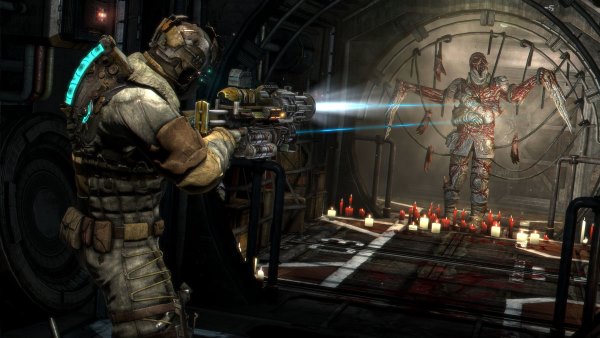 While the Resident Evil games have been gradually moving away from their survival horror roots and towards more action-oriented gameplay (we’ll leave the diminishing returns of the movie series out of discussion), Dead Space has shown you can have the best of both worlds. The sci-fi horror series offers the most atmospheric and unnerving sense of dread found in any video game and the abandoned spaceship settings are just crying out to be brought to the big screen. The unique blend of sci-fi and body horror would suit seasoned pros like John Carpenter or David Cronenberg, but a claustrophobic gory creature feature would also be the perfect fit for underrated horror directors Neil Marshall (The Descent) and Vincenzo Natali (Cube, Splice). 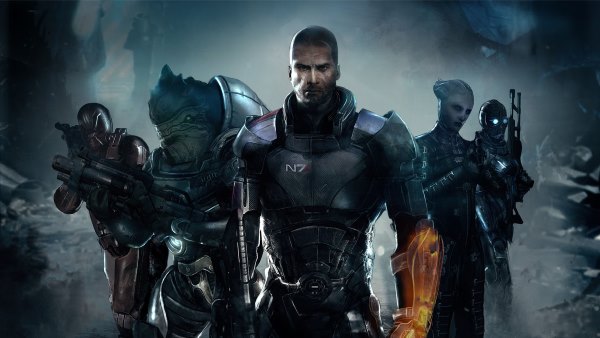 A Mass Effect movie has been stuck in Hollywood development hell for a number of years now and there’s no telling whether the ambitious sci-fi space opera will ever make it to the big screen. It’s certainly a challenge adapting a game which sees the story moulded by the player’s choices, but there’s no reason why a good director couldn’t pluck out some of the tricky moral choices and diverging storyline paths and bring them together for cinematic audiences. Bioware’s stellar sci-fi world-building and storyline would work perfectly as a movie and it would be a breath of fresh air after some recent disappointing efforts from the genre (Elysium, Prometheus, Transcendence, etc). 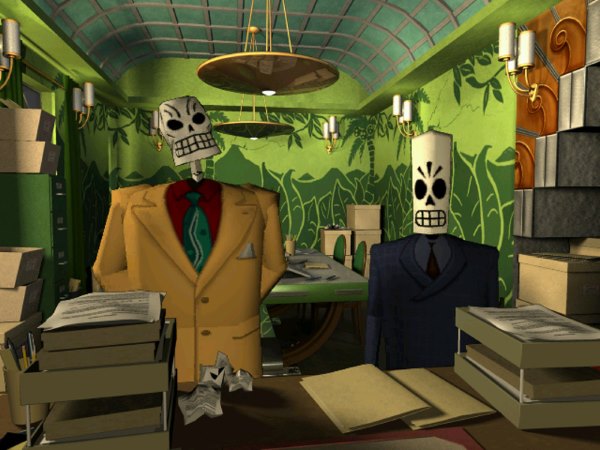 It’s hard to match the unique experience of playing through one of LucasArts legendary point and click adventure games. Fondly remembered for their smart storytelling, funny dialogue, inventive environments and memorable characters, it’s hard to pick just one LucasArts title for cinematic adaptation, but Grim Fandango is an underrated classic of the genre. Following a grim reaper ‘travel agent’ who ushers recently departed souls to the underworld, the wonderfully creative story is complemented by some of the most striking and colourful art design – which is a mash between Aztec/Mexican ‘Day of the Dead’ imagery and art deco – found in any video game. Part film noir and part gothic horror with a healthy dash of comedy, it seems natural to name-check Tim Burton or Henry Selick as the creative directors who would be capable of bringing the world of Grim Fandango to life with stop-motion animation. 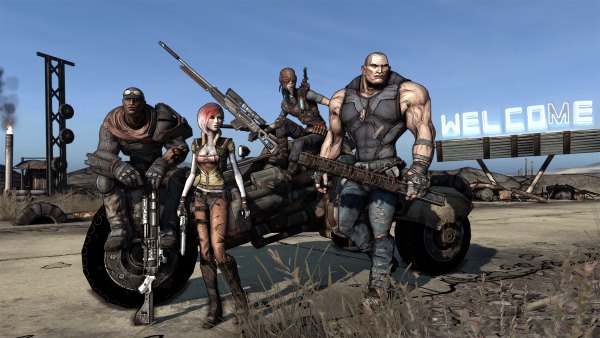 Making a movie out of the weird ‘looter shooter’ Borderlands series wouldn’t be easy, but it’s hard not be excited about the idea of a futuristic spaghetti western with a post-apocalyptic Mad Max vibe. The game’s open world questing could easily be cherry picked for some of the best action setups, over the top characters and choice of weapons (of which there are many). Also, the game’s colourful, cel-shaded world would be a treat for any director with visual panache. The adventures of the vault-hunter protagonists as they face off against futuristic corporate villain Handsome Jack would really stand out in the crowded sci-fi genre and be a hit with cinematic audiences looking for something different.