As we grow up there is a slight, but sometimes fierce, competition to be taller than our peers (as though this is a sign of real achievement!) This battle for being an inch or two taller than the norm pales into utter insignificance when compared to this list of the ten tallest people in the world – not one of them is under eight foot tall, making even a respectable six-footer look (and perhaps feel) puny! There are only 17 people in the world who have achieved this great height.

Bernard Coyne’s great height can be attributed to his having suffered from eunuchoidal-infantile gigantism, more commonly known as Daddy-Long-Legs Syndrome. This condition saw him shooting to an immense height; a height that actually saw him being turned down by the Army when he tried to enlist in 1918. At his death, tragically early at just 23 in 1921 he was still growing, an effect of his condition. It is believed that by this time, he may have reached a height of 8ft 4.

Donald A Koehler had a twin sister. Born of normal height parents, the children were apparently normal until they reached the age of ten, when Don’s acromegalic gigantism showed itself. He shot up to stand a full 29 inches taller than his sister (recognised by Guinness as the largest height disparity between twin siblings) and far taller than his 6ft 2 father and 5ft 10 mother. From 1969 until his death, from a heart condition in 1981, he was acknowledged to be the world’s tallest man; although a medical condition called kyphosis (excessive curvature of the spine that causes a stooped or hunched appearance) saw him shrink by about four inches towards the end of his life.

While almost certainly India’s tallest man, and well deserving of a slot in the top 10 tallest people in the world, Vikas Uppal was never measured by officials from the Guinness Book of Records who follow strict criteria before confirming measurements and statistics. Accordingly, Uppal’s height has been variously claimed as being anywhere from 8 foot to 8ft 9 inches, although the most commonly accepted figure was agreed at around 8ft 3. Uppal appears to have grown ‘in proportion’ with his height; for example, his hands and feet seem to ‘fit’ his appearance, unlike those who suffer from one of the various types of gigantism. Further information is unavailable and, sadly, Vikas Uppal passed away during surgery to remove a brain tumour, at the tender age of 21.

Sultan Kosen is credited with being the world’s tallest living man, even though there is a man still alive today who is reportedly taller than him! (See Leonid Stadnyk at #4) Kosen lives a simple live, farming part-time and enjoys playing computer games with his friends. He enjoys the enhanced view that his great height offers him, but does agree that finding clothes can be something of a trial! In 2010, at the age of 28, treatment to his pituitary stopped the rampant growth that had been spurred by a tumour. His condition is now more or less under control, but has left him with, as well as an impressive height, the world’s largest hands and feet – as attested by Guinness!

The victim of an improperly working pituitary gland, Beaupre was known as the world’s tallest strongman and the world’s tallest wrestler; although he was not terribly successful as the latter, having too gentle a disposition to use his size and height against his opponents! He would, however, life impressive objects, such as crouching underneath a living horse and lifting it on his shoulders, even beasts as heavy as 900lb. Somewhat unwillingly, Beaupre travelled with a circus, allowing the audiences to gawk and marvel at his physique. Even after his death, at the very young age of twenty-three (still growing according to doctors of the time) his body was displayed by the circus, before falling into the hands of a university. His family eventually managed to reclaim the body some eighty-odd years after his death, and Edouard Beaupre was cremated and laid to rest, out of the public eye at last, in 1989.

Vaino Myllyrinne was recognised as the world’s tallest living man from around 1940 until his death in 1963. It is uncertain who succeeded him in 1963 as the next incumbent for the title was Don Koehler, who was named some six years later. Myllyrinne served in the Finnish Defence Forces and is widely recognised as being the tallest soldier in the world. His hand span measured an impressive 15.7 inches or 40 centimetres, which was acknowledged as being the largest hand span ever. He died at the age of 54, and was known to be an acromegalic giant.

Leonid Stadnyk was very briefly known as the world’s tallest living man, until he lost the title to the slightly shorter Sultan Kosen. This apparent discrepancy is explained by the Guinness Book of Records’ strict measurement criteria which demands not one, but several measuring sessions over several days to negate the possibility of any attempts to cheat the process. Stazdnyk was measured initially and awarded the title, but then refused further measurements, leading to him losing the title to the slightly shorter Sultan Kosen, who, presumably, submitted willingly to the arduous measurement process! In fact, some people say that even the brief period during which he held the title is under dispute as the initial measurements were not taken by Guinness officials, and that even the doctor who is claimed to have performed the measurement has denied all knowledge of the event! Stadnyk underwent brain surgery at the age of fourteen, which triggered a malfunction of his pituitary gland, which flooded his system with growth hormone. He grew steadily and apparently continued to grow even into his late twenties and early thirties. He is reportedly in ill-health at present and needs support when walking.

Carroll’s height is disputed as he suffered from two warring conditions: acromegalic gigantism that caused him to grow, more or less continually all his life (at one stage he grew an incredible seven inches in a few short months!) and kyphosis, a spinal condition that causes curvature of the spine and bone degeneration, which robbed him of inches. Therefore, at various times in his life, Carroll was measured as being 8 foot, 8 foot 7.75 inches, 7 foot 10.5 inches and 7 foot 8.25 inches. These measurements did not take into account the severe curvature of his spine – had they done so, it is possible that he could have in fact measured closer to 9 foot tall! He was born in Buffalo, New York and was styled ‘The Buffalo Giant’ in a report published by the American Journal of Medicine.

Rogan was the son of a former slave and known as ‘the Negro Giant’. He suffered from ankylosis, a condition in which the limbs and joints stiffen causing severe mobility problems. Despite his health issues, Rogan was known to have a playful disposition, and would eke out a living by selling portraits and postcards of himself at the nearby train station. Despite his enormous height, which was only properly measured after his death, John Rogan only weighed 175 pounds at the time, down from a much healthier 300lb before his diagnosis with ankylosis and loss of mobility. He died in 1905, and his family took pains to cover his grave with a concrete slab so as to prevent examination by curious – and ghoulish – seekers of knowledge.

Although he was only twenty-two at the time of his death, Wadlow was something of a national celebrity. He travelled with the Ringling Circus, and made public appearances, sponsored by companies that made shoes and clothes especially for him. The final measurement was taken shortly before his death, and it seems almost certain that had he lived any longer he would have almost certainly reached the unheard of heights of nine feet tall – he was still growing, due to the medical condition hyperplasia of the pituitary gland, that caused an excess of growth hormone to be released into the body. He suffered the condition all his life, measuring an incredible 1 metre tall at the age of one. Legend has it that a child will double the height they attain at age two. Using Wadlow’s measurement of 4 foot 6 at age two, he should have measured 9 foot even when he had reached his full growth – almost exactly what he did measure! Wadlow’s height and weight was carefully monitored throughout his life and the figures are universally accepted as being entirely accurate. 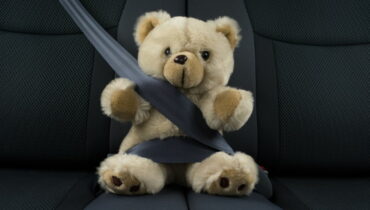 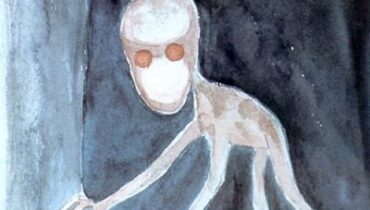