We all rely on the law to be there for us, protecting us and keeping us on the straight and narrow. But we humans have been legislating our societies for a long time, and sometimes odd laws manage to slip through the cracks. Here is a selection of the strangest, the most anachronistic and the just plain weirdest laws that you would not believe are real:

1. Land of the Free: Home of the Religiously Regulated… 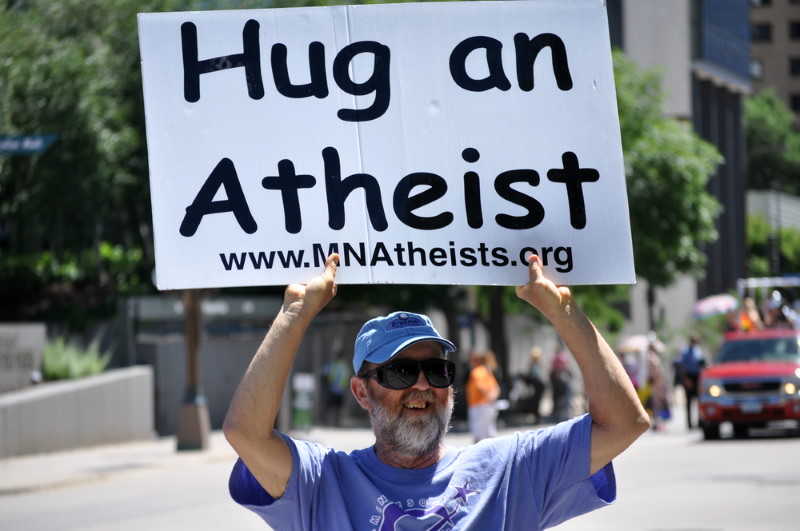 America is all about freedoms: freedom to be happy, and free, and to follow whatever religion one chooses, whatever that might be. So you would think, along with religious freedom comes the right to be a happy atheist should you so wish, an atheist who can apply for whatever jobs or vocations he or she desires. Not so much: seven US states (Maryland, Mississippi, North and South Carolina, Arkansas, Texas, and Tennessee) all claim that atheists cannot hold public office. The law was tested, back in 1961, when the Supreme Court declared that a Maryland man could not be refused the right to serve as a notary public because of his atheism: and yet, the seven states have not updated their laws…

2. Holding Down the Thai Money 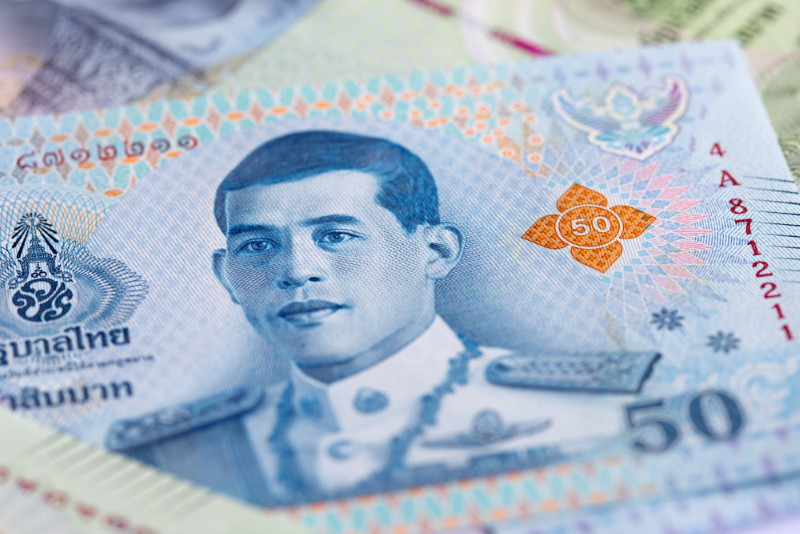 In Thailand, they hold their royal family, and especially the ruling monarch, in huge respect. Tourists are warned against making jokes or comments about the royals that might be construed as disrespectful: and the penalties for ignoring this can be high. The king’s face appears on Thai money, both the notes and the coins, and to step on this image would be a gross violation on the image of the king – not least because the feet are considered to be dirty and unclean, in more than a ‘you need a bath’ kind of way. So, yeah, if you drop your last banknote, make sure you catch it in a respectful (if panicked) way, and not by slamming your foot down upon the visage of the royals: it is illegal to step on Thai money.

3. Thou Shalt Not Handle Your Salmon in Suspicious Circumstances 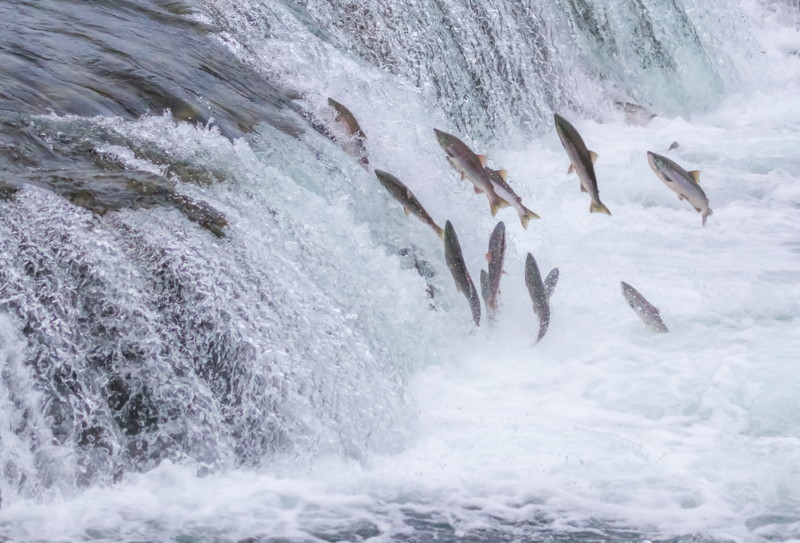 Or anyone’s salmon, really. This rule – a proviso within The Salmon Act of 1986 – actually makes a lot of sense when you realise that it is a broadly defined law aimed at combatting poaching of the magnificent game fish. It is worded in that way so as to allow law enforcement to tackle not only the poachers, but the middlemen and the end users or retail outlets through which the salmon travels. Any deception along this business path can be subject to this law, allowing the officers to investigate without needing to acquire extra warrants or permissions. 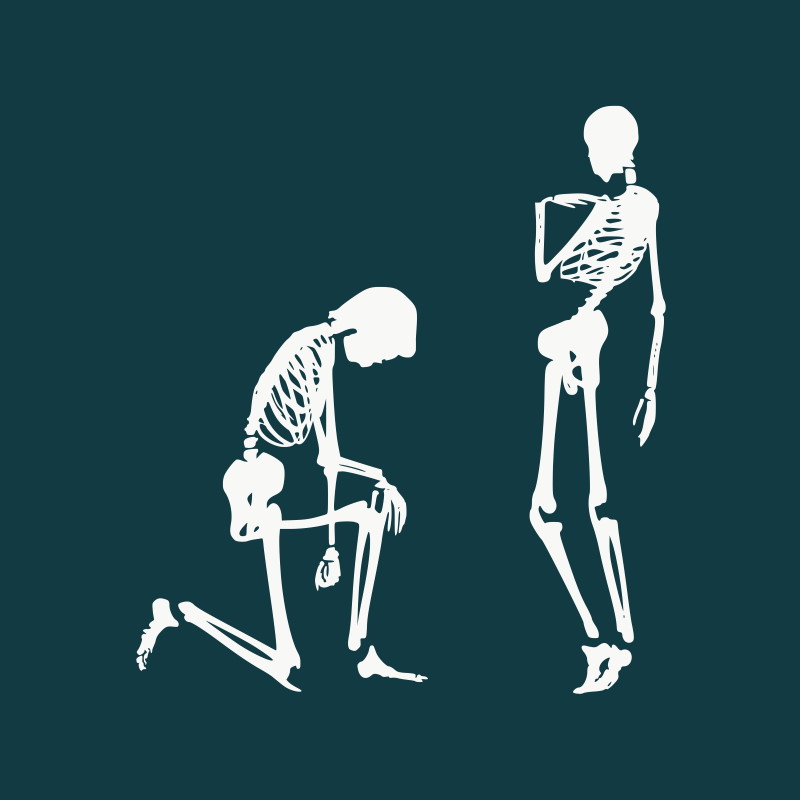 In France it is legal to marry a dead person. But do not worry, we are not talking extended Weekend at Bernie’s territory here, actual corpses are not required to be at the ceremony. This act, usually accorded to grieving soldiers’ fiancées or common-law spouses, must be approved by the President’s office, and a stringent set of conditions must be met. For example, proof of the deceased’s intentions such as having the banns read in a church, or a commanding officer’s approval to the union must be provided: simple love letters between the couple, even if giving details about the upcoming nuptials, are not enough by themselves. After all, couples can fight and get cold feet, right up until the last minute. This law is usually only enacted in order to provide legitimacy to a child’s birth, or to comfort the grieving party. And do not worry that fortune-hunters could potentially fake up evidence in order to claim a deceased singleton’s money: the property laws that apply to usual marriages are waived in these cases, and there is no way they can claim their dead partner’s belongings, even though the wedding is back-dated to the day before the death. 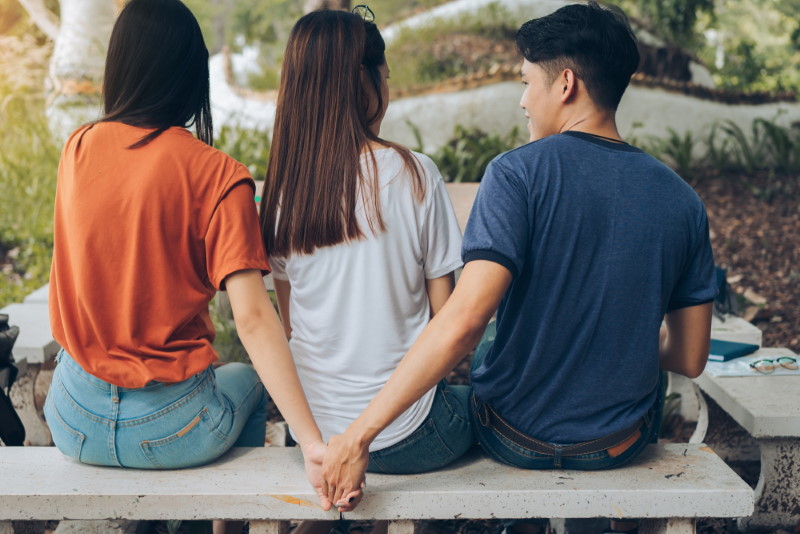 In Hong Kong a scorned wife is ‘allowed‘ to kill her cheating husband, as long as she does it with her bare hands. The actual wording of the law is much more broad and ambiguous, but there is an implication that if the provocation is strong enough, and the crime unpremeditated – the whole adding up to the actions of a ‘reasonable’ person, then the killing could be considered justified. The ‘bare hands’ thing is probably a very literal translation of the ‘no premeditation’ bit: if she went to fetch a weapon, that could be considered premeditation, in theory. 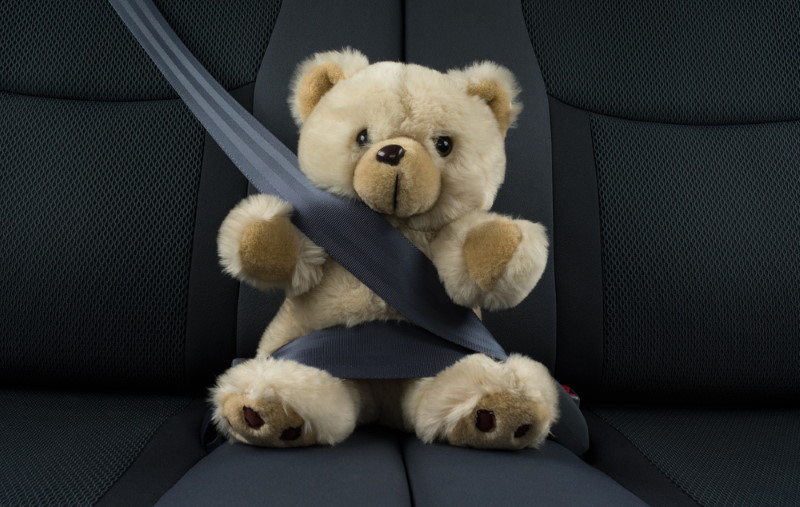 In Missouri it is illegal to drive with an uncaged bear. So… cage your bears, people, if you want to travel with them! The initial spur for this law is lost in the annals of time, but it seems fairly commonsensical, to be honest: an uncaged bear probably makes for an exciting ride!

7. G’Day, Have You Got Licence for That? 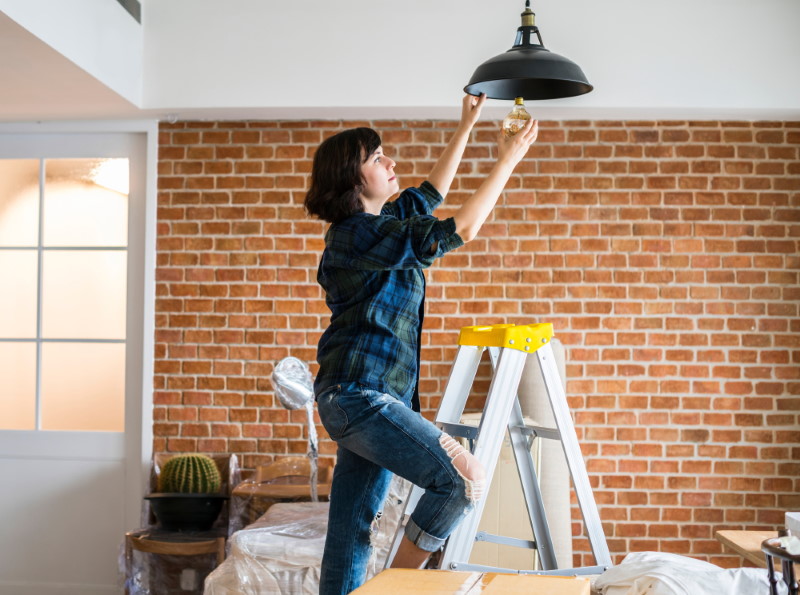 No, this one has been repealed, but for quite a while, under the stringent, union-approved rules, in Victoria, Australia it was illegal to change a light bulb unless you were a trained electrician with a licence. While plugging electrical items in and out, changing fuses and swapping out light-bulbs were technically union-approved tasks, most people ignored that bit of the law. In 1998, the wording was changed, to specifically exclude these tasks from the work requiring a union-member licence-holding electrician.

8. Have Your Practised Your Long-Bow Lately? 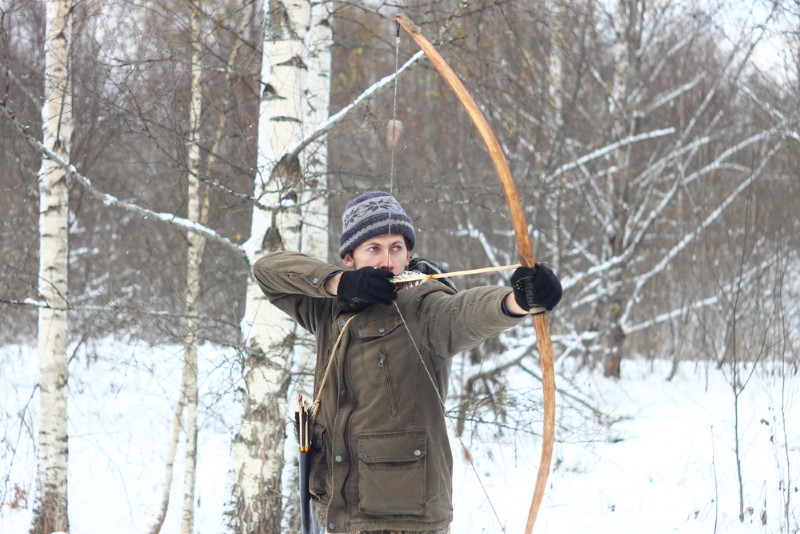 For hundreds of year after the bow and arrow fell out of favour, it was a requirement that all men over the age of 14, up to (variously) 40 or 60 or 75, should practice the art of the long-bow for at least one hour per week, eschewing other ‘frivolous’ pastimes in order to do so. There laws were enacted in the 1500s, being updated every so often – usually to raise the upper limit on the ages – until Henry’s death, even though the bow and arrow were on their way out as weapon of choice during his lifetime. While the need for bows and arrows and the skills to use them fell away, the rules were not even specifically rescinded. They were, however, counted in a mass repeal of batches of laws deemed no longer needed, when Victoria did some legal house-keeping, so to speak, in 1845. 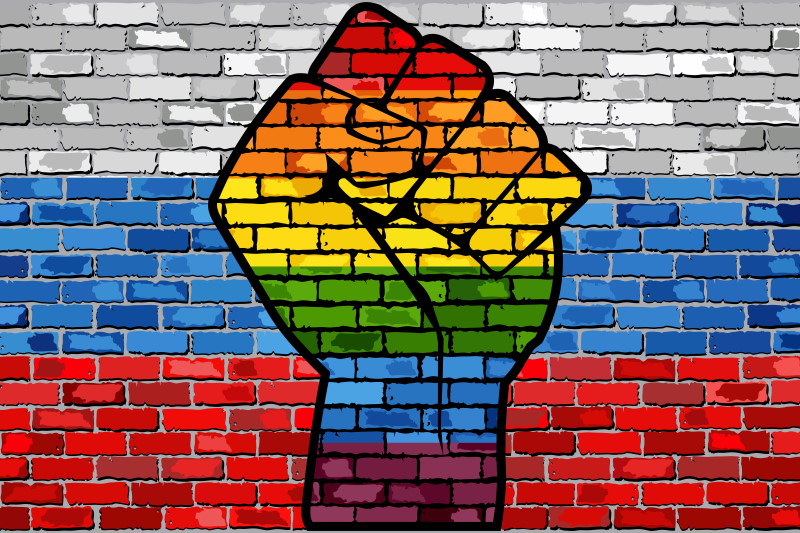 In Russia, Vladimir Putin recently cracked down on LGBT openness, by enforcing a ban on ‘spreading non-traditional sexual values’, or in short, making it illegal to discuss being gay with children: even mentioning the fact that gay people exist is apparently illegal. This law purports to ‘protect’ children, but is widely seen for what it is: a mass movement to silence and make invisible the entire Russian LGBT community. This flies in the face of Russia’s acceptance of the Bill of Human Rights under which being LGBT is as protected as being straight… 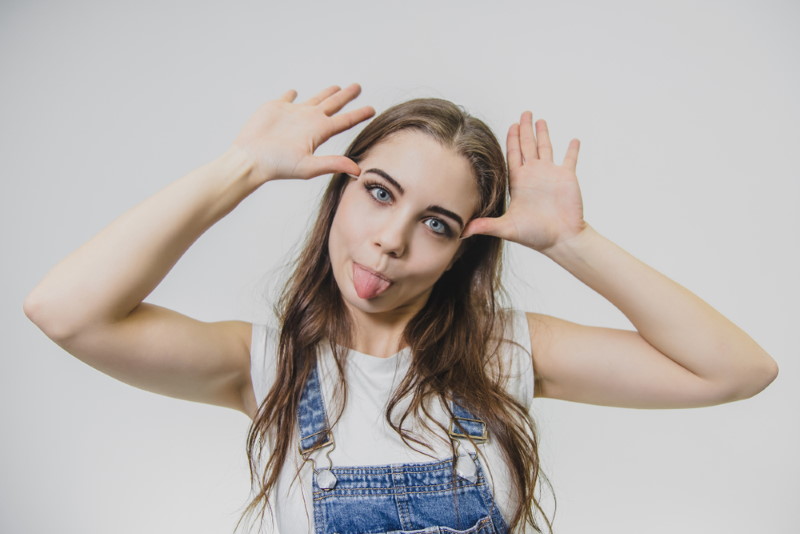 In the Philippines you can be arrested just for annoying someone – can someone get an arrest warrant signed for the arrest of Putin, as above? The crime is called ‘unjust vexation‘ and it covers a broad umbrella from malicious vandalism, anti-social behaviour, poor neighbourliness and much more. But the law cannot be used willy-nilly, there is a strict set of criteria that must be applied before the law can be invoked. But because of its phrasing, it is a great way to stop spiteful behaviour that might otherwise skate by as being less than harassment and so on.

There you have it: ten wacky rules that probably should not still exist. Some are quite useful – bears should be restrained to travel! – others should go in the bin. Which was your favourite weird law?