Proving the age old saying ‘looks can be deceiving’, here are some exotic plants which hide very deadly secrets. 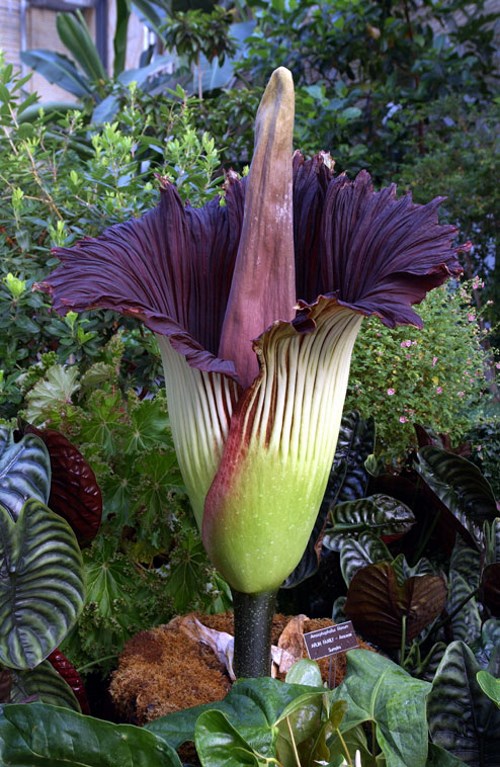 Unlike other plants on this list, the Corpse Flower is not deadly to humans. In cultivation this flower blooms approximately only every 7 – 10 years, gradually opening in the afternoon and remaining open all night, giving off a particularly potent odor. The smell is often compared to that of a rotting corpse and is used to attract insects which usually feed on dead animals, becoming pollinators for this particularly ghastly plant. 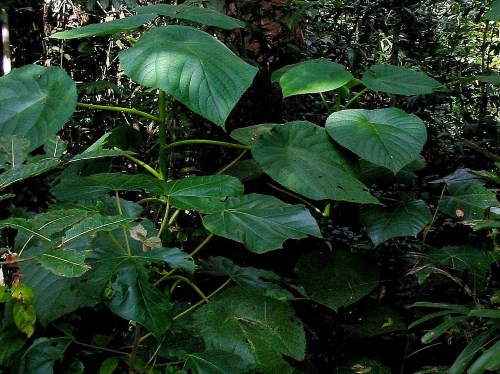 Also known as ‘the stinging brush’, the gympie-gympie is a large shrub native to rainforests in Australia and Indonesia. Tiny stinging hairs cover the whole plant and deliver a potent neurotoxin when touched. These hairs penetrate the skin and cause an agonizing stinging sensation which can last months. A common treatment is to wash the area with a diluted hydrochloric acid and then use a waxing srip to remove the offending hairs. 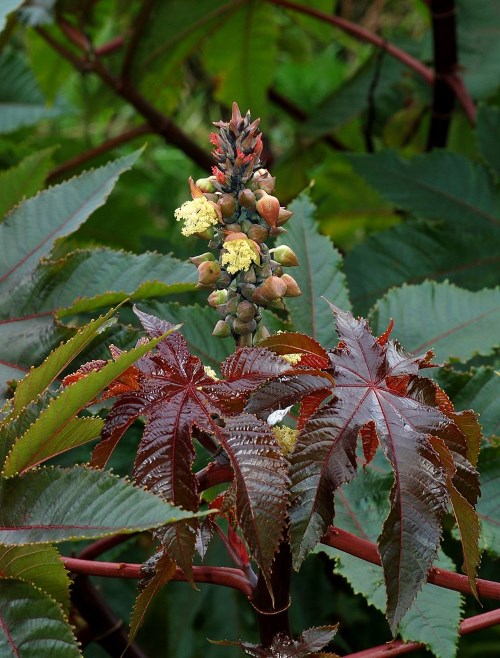 Fans of ‘Breaking Bad’ may remember what this ricin producing plant is capable of. A lethal dose to adults can be as little as 4 seeds with symptoms of ricin poisoning including nausea, hypotension and seizures. If left untreated, death can occur within a week. Despite being thought of as one of the world’s deadliest plants, reports of poisonings are relatively rare – in most cases a full recovery can be made if treatment is received in time.

Native to eastern North America, these plants grow to around 50cm tall and produce a white berry. Both the berry and the plant are highly poisonous to humans, producing a cardiogenic toxin which can have an immediate effect on cardiac muscle tissue. Ingestion of the berries usually leads to cardiac arrest followed by death. 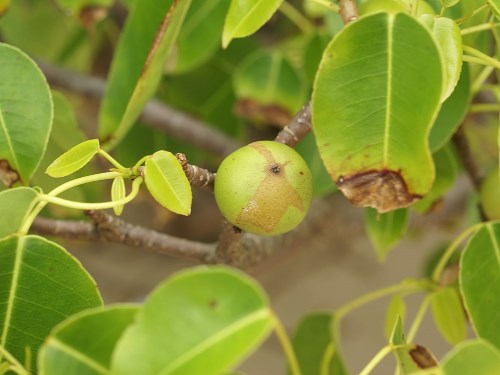 The fruit from this tree shares a superficial resemblance to those of an apple tree, yet they are full of many more toxins. The fruit itself is ‘pleasantly sweet’ when digested, but the taste quickly turns to a burning, tearing sensation of the throat. Symptoms worsen until victims are unable to swallow due to excruciating pain. If you thought you could fight this tree with fire, think again – smoke from a burning tree can cause severe eye injuries. 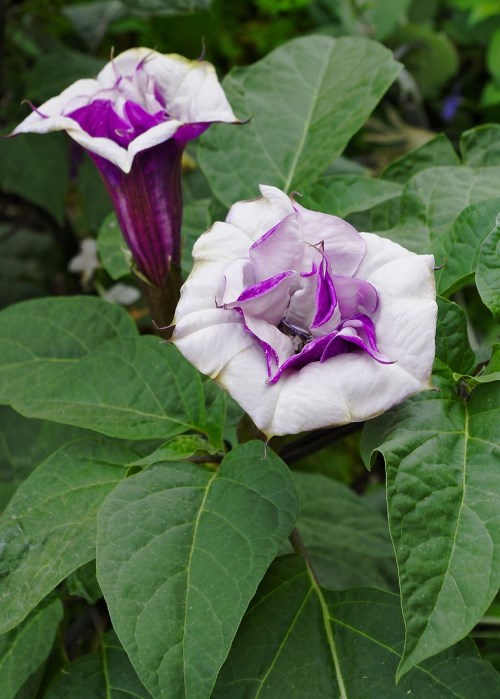 This poisonous plant is more commonly known as Jimsonweed and is a member of the nightshade family. Its toxins can be accidentally consumed by eating honey produced by wasps during blooming season. Side effects include a high sense of delirium, hypothermia, violent behaviour and painful photophobia (intolerance of light). Due to their agitated and often confused mental state, victims of datura poison are usually hospitalised.

The Angel’s Trumpet is another plant which is entirely poisonous, with the seeds and leaves being particularly dangerous. Effects of ingestion can include a paralysis of muscles, dry mouth, migraines, hallucinations and eventually death. The hallucinations have been described as ‘terrifying rather than pleasurable’, going as far as to being compared to temporary insanity. Unlike many plants on this list, the Angel’s Trumpet is extinct in the wild and its trade is often prohibited.

One of North America’s most toxic plants, Cicuta, more commonly known as water hemlock, contains a toxin which affects the central nervous system. After consumption, initial symptoms include nausea, vomiting, abdominal pain, followed by the rapid onset of seizures. This can lead to swelling in the brain, muscle breakdown and even kidney failure. 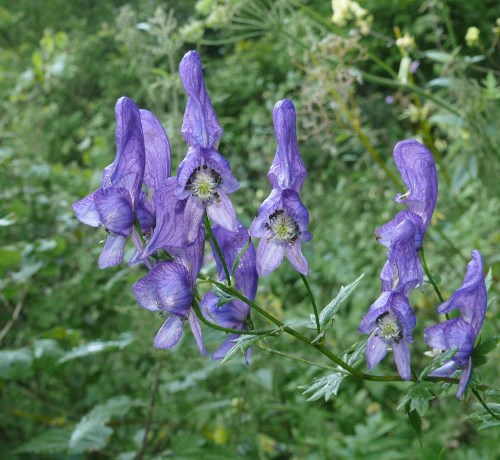 Known more commonly as Queen of All Poisons, this species of plant contains an active toxin that can be deadly to humans in just a matter of hours. Symptoms of nausea, vomiting and diarrhea appear almost immediately, closely followed by a sensation of burning in the mouth and face. Death usually occurs within 2 to 6 hours. 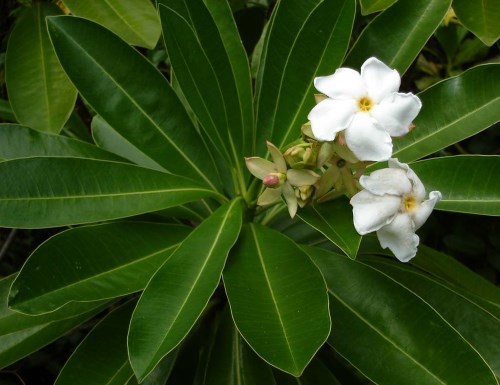 Native to India and southern Asia, this species of plant grows in swamps and marshy areas. Its seeds yield a potent poison containing cerberin; a toxin that blocks the heart muscle, causing irregular heartbeat, leading to death. The poison is difficult to detect in autopsies and the taste is easily masked. In India, it has been commonly put to use to aid in murder or suicide, with over 500 recorded cases between 1989 and 1999 in the state of Kerala alone.