Every now and then things happen that make us think twice. Here are ten puzzles that can be perfectly explained if we accept that time travel is real. Or will be real.

When some extra footage was released with a new edition of Charlie Chaplin’s movie The Circus , (watch the whole movie here on Youtube) people were shocked to see a woman striding past in the background, apparently talking on a mobile phone as she went. As the film was made way back in 1928, this caused quite a stir, and was taken by many as proof positive of time travel. Others dismiss the cell phone theory, saying that it might have been an early model hearing aid, which were quite big and bulky in those days. But we know better, don’t we? 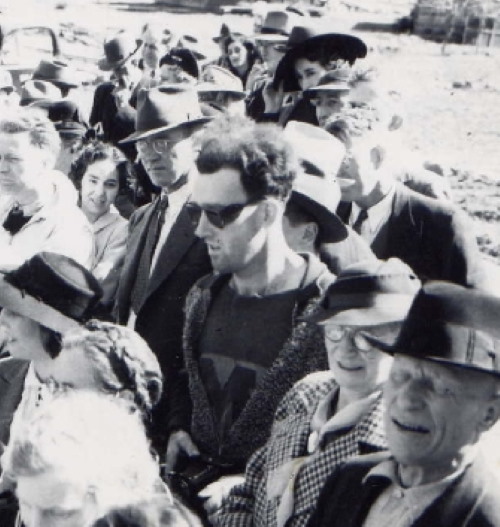 In the 1940s, there was not a lot going on in Golden Bridge, British Columbia, so when the South Fork Bridge was being re-opened, it was something of an event, with the press and public taking along their cameras to see and be seen at the moment occasion. One of the men snapped in a photo, though, is not like the others. While the male fashions of the time included starched button-up shirts, ties and jackets, along with – for outdoor events – snappy hats, this man, seen from about the mid-torso up is wearing what seems to be a trendy cardigan with a printed tee-shirt and stylish sun-glasses, which give him a remarkably modern and anachronistic appear in the otherwise very dated photo. Naysayers say that each item can be explained away, but it seems odd that one man would dress so very differently from his contemporaries in every single aspect, does it not?

Archaeologists opening a pristine four-hundred-year old tomb belonging to one Si Qing knew they were – hah! – seeking something special, but they found a little more than they expected when they discovered a tiny but beautiful watch. Despite the timepiece’s obvious age, they could make out the time at which the watch stopped (six minutes past ten), and the word ‘Swiss’ etched onto the back of the watch. The watch itself is though to date back one hundred years, the only suggestion people could come up with that took into account the age and modernity of the watch and the untouched state of the tomb is time-travel. Well, that or photoshop, but of course that is what you would say if you did not want to come clean about your time travelling prowess just yet! 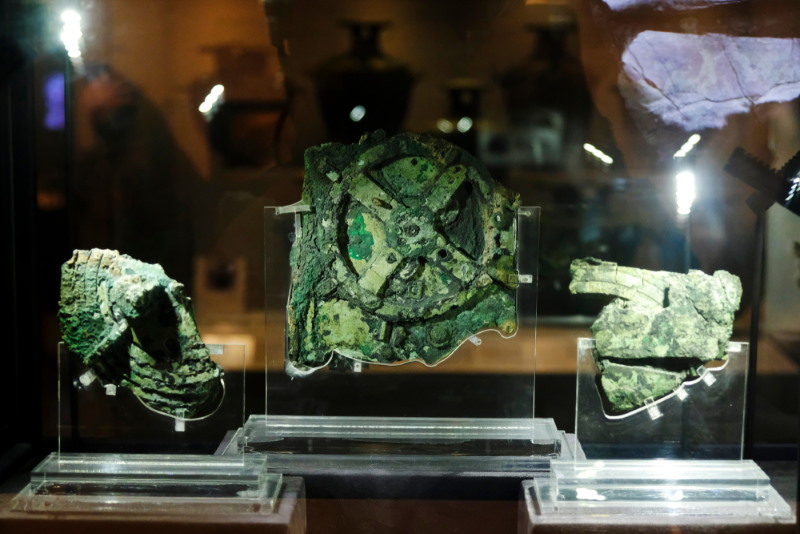 Despite sounding like a Robert Ludlum title, the Antikythera Mechanism is known to be a very old piece of machinery, dating back to the ancient Greeks. What is less clear is what the machine did, precisely. It is known that the machine was some kind of calendar, plotting the movements of the moon and the stars, even including occasional irregularities of the moon’s orbit which are now known to be accurate. Modern investigators still have not quite worked it out everything that the machine can do (or could do, it is not in working order, unfortunately, having spent almost 2,000 years under water) but it seems to be a technology light years ahead of its time and out of its time. There is nothing similar anywhere in the world following this machine and for several centuries after it was lost. Perhaps an impatient time-traveller gave a Greek savant a few pointers about astronomy before returning home, leaving the mechanism to bedazzle an unready populace? 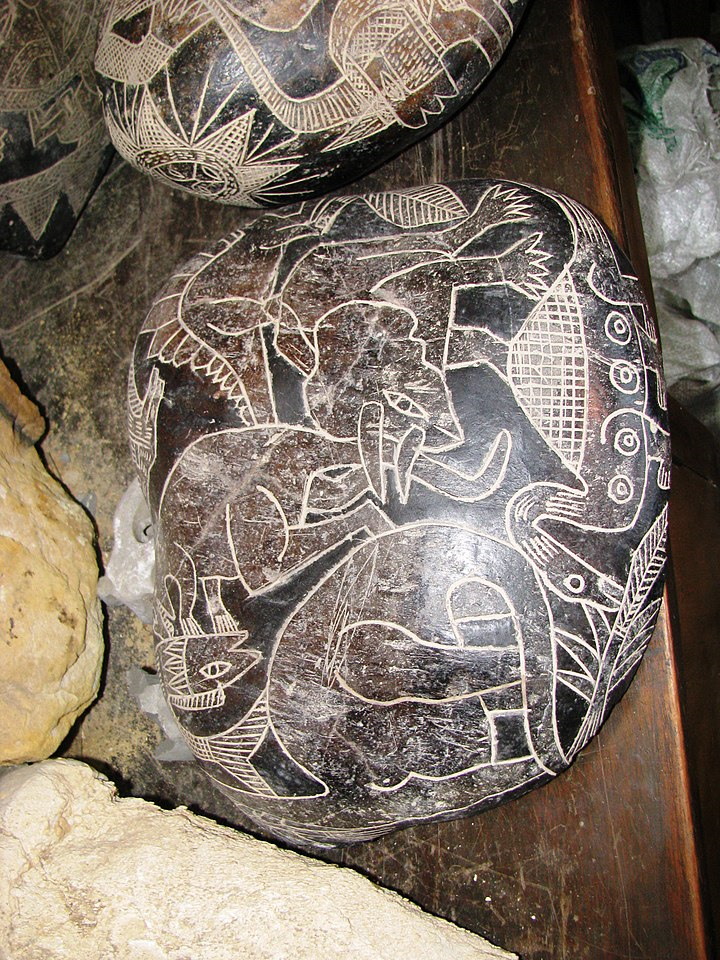 Peru’s Ica Stones show images of humans – okay, no problem. But they also show dinosaur-like animals interacting with those humans, and they depict astonishingly modern medical procedures being performed. Now, what would we do if we could travel in time? Surely, we would go and see the dinosaurs, and then pop in on a few early civilisations on our way home along the time continuum to see how they are doing and perhaps drop a few hints about the future while we are there? 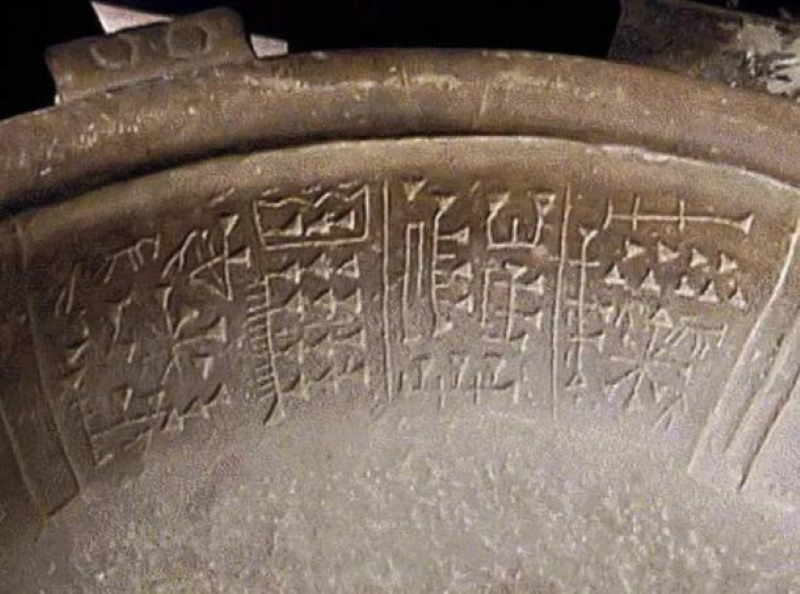 This Bolivian artefact is covered in writing that is uniquely found in Mesopotamia and Sumer – both areas that now fall into modern day Iran – and is dated to a time when those two cultures could not possibly have ever met each other. The likelihood of an ancient Iranian travelling literally half way around the world, and managing to keep a large and bulky bowl intact while he or she did so is almost less likely than the idea of a time traveller dropping one of his or her souvenirs? 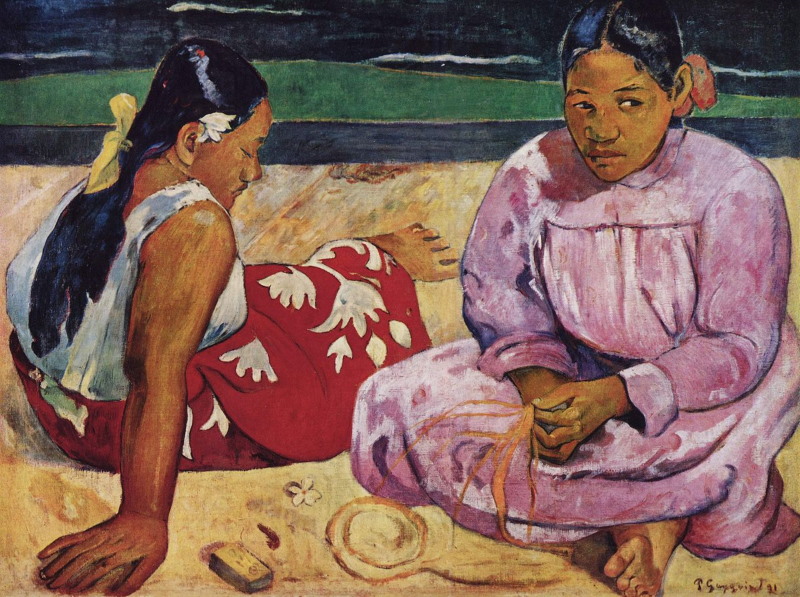 In Paul Gaugin’s 1891 painting, Tahitian Women on the Beach, there appears to be an iPod lying in the sand between the two women. It is even attached to a cabled ear-bud, so it is definitely not one of the latest models, but there is definitely more than a century of anachronism between the painting and its subject. One wonder if Gaugin stumbled across a time-traveller’s accidental memento and was so intrigued by it that he ensured it was front and centre in his painting. No wonder the women look a little perturbed too, who would want an unexplainable artefact lying in between you while the Frenchman gets out his paints and brushes?

Pellegrino Ernetti lived from 1925 until 1994, but who knows how many years he had actually lived through? His greatest invention was not known of in his lifetime, but was revealed in a book by Father Francois Brune. The Chronovisor was not a time-machine as such, but it showed images from different times, both the future and the past. Ernetti claimed to have witnessed many historical events, but a ‘photograph’ supposedly of Jesus’s crucifixion was debunked as being a photograph of a woodcut by artist Lorenzo Valera. Ernetti confessed that he had faked the picture, but he swore the machine was real and functional. The machine, if real, has long vanished from public purview. Perhaps a government somewhere has it securely locked up, as they trawl the past and future for clues as to what might happen next?

It is not only things that can time travel: people can too.

Tritor appeared on message boards in the early 2000s, claiming to have specialist knowledge of what any vehicle capable of time travel would need, and mentioning that he was on a mission to collect a certain computer from 1975, that would be needed to solve the UNIX Year 2038 problem (basically a Y2K type dilemma, in which it is believed that UNIX computers will not be able to process any dates after the 19th of January 2038). He posted fairly regularly for two or three years, and then vanished from view. Perhaps he continued his journey back to his home time of 2036, and we will be hearing more from him again soon? 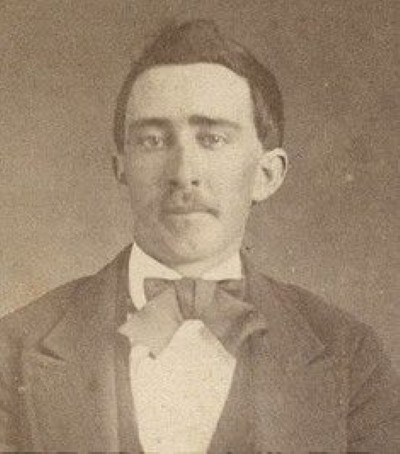 There is a fairly well publicised early photograph of a man dressed in Civil War Era clothing who look exactly – but exactly – like the movie star. It is well known that Cage has a strong interest in fringe sciences, and that he has even purchased a pyramid in which he wants to be laid when he dies. If he is a time traveller (and a very patriotic one too, by all accounts) perhaps now we know where Nic’s fortune really went. Apparently, he didn’t blow it all on cars and houses, some of it went into creating a time machine!