Some movies are much harder to forget than others. Sure, we all love our rousing blockbusters and by-the-number thrillers, but sometimes we want something which will really mess with our heads. Whether it’s a crazy twist that you never saw coming or some seriously disturbing visual imagery that is hard to shake from memory, these movies will stay with you long after the credits have rolled. 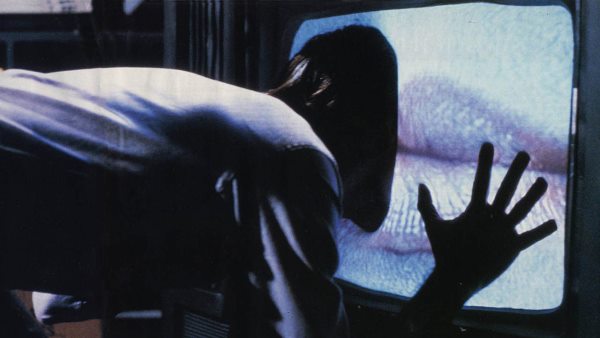 David Cronenberg is a filmmaker who loves making audiences squirm. Cronenberg has pushed the boundaries of his love for ‘body horror’ in mindfuck films like eXistenZ, Naked Lunch and The Fly, but his satire of media consumption in Videodrome is probably his most messed up movie to date. James Woods plays a sleazy TV executive whose station picks up a foreign broadcast signal which shows seemingly staged scenes of torture and violence. Pirating the show to be broadcast on his own station, he becomes obsessed with the meaning behind ‘Videodrome’ and starts to experience bizarre side effects. Cronenberg was remarkably prescient in his condemnation of the manipulative mass media and some of Videodrome’s truly disturbing ‘hallucination’ sequences – Wood’s character develops a vagina-like tumour in his stomach which acts like a bizarre organic VHS – are really hard to forget.

Jacob’s Ladder is a paranoid thriller in the vein of Manchurian candidate. Jacob (played by Tim Robbins) is a Vietnam vet who struggles with PTSD after he returns to ‘normal day’ life after the war. Jacob begins to experience horrific hallucinations and his already tenuous grip on reality begins slipping through his fingers when he finds out that his fellow comrades are going through the same thing and that he may never have fought in the war to begin with. Jacob’s Ladder never lets up with its slow burning, moody atmosphere and the result is an unforgettable psychological thriller where the audience is never sure what’s going on – is Jacob’s fractured psyche the result of a huge military conspiracy? Is he still in Vietnam? Or is he just losing his mind? 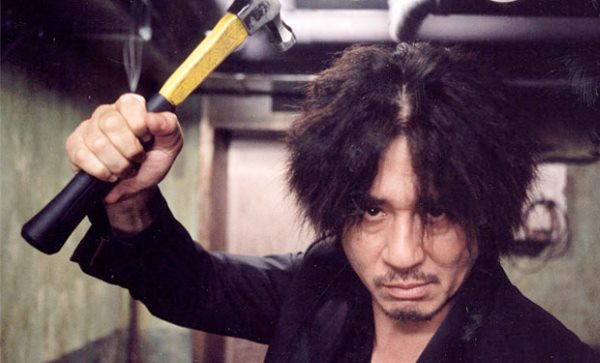 One night while out drinking businessman Oh Dae-su is kidnapped and imprisoned in a strange hotel room. He is given no reason for his imprisonment and is allowed no contact with the outside world. When he is finally released after 15 years, he sets out on a hellbent quest to find his captor and discover the reason behind his forced captivity. Loosely based on a Manga comic, this dark Korean thriller is a violent, stylish revenge tale in the most unconventional sense. Oldboy’s shocking plot twists turn the entire concept of ‘revenge thriller’ on its head and director Chan-wook Park ends the film with a hauntingly ambiguous final scene which will make you want to rewatch it again and again. Just avoid the Hollywood remake. 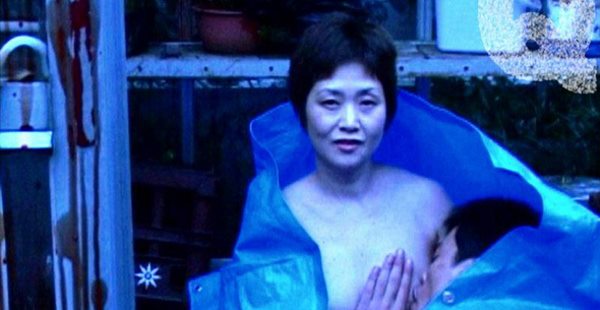 The filmography of Takashi Miike shows that the tireless cult Japanese director isn’t shy of mixing it up a little. Although he’s perhaps best known for ultraviolet fare like Ichi the Killer and Audition, he’s contributed to almost every genre imaginable, including kid’s movies (Zebraman) and video game adaptations (Phoenix Wright). Miike’s offbeat, weird sensibilities always shine through and many of his movies are just plain weird and silly, but few are as deranged as Visitor Q. Incest, necrophilia, random acts of violence and ridiculous amounts of lactated breast milk are just some of the many bizarre parts of this weird voyeuristic movie about a very, very broken family.

As the man behind literal mindfuck movies like Being John Malkovich and Eternal Sunshine of the Spotless Mind, Charlie Kaufman’s directorial debut Synecdoche New York prompted many to wonder if this is what it would be like to be inside the weird and wonderful screenwriter’s head. Philip Seymour Hoffman plays Caden Cotard, a failed theatre director suffering from a mid life crisis. When he unexpectedly receives a genius grant to realise his artistic endeavours, Caden directs a seemingly endless ensemble of actors in a huge theatrical production which celebrates the mundanity of life. Set in an impossibly large warehouse in New York where Caden oversees thousands of actors over the course of decades, Synecdoche New York is a complicated, surreal movie where it’s never quite clear where reality ends and fantasy begins. It’s impossible to scratch the surface of the movie without watching it at least twice and, although it polarised critics and audiences when it was first realised, there’s no denying its baffling genius.

Rashômon is proof that you don’t need nightmarish visuals or a reality-bending story to mess with audience’s heads. Akira Kurosawa’s acclaimed drama recounts the murder of a samurai and the rape of his wife as told by four different people. The accused, the wife, an eyewitness and even the dead samurai himself (his story is told by a medium) all give completely different and contradictory accounts of what happened. As Rashômon explores how these different perspectives change and distort the story it’s revealed that each storyteller is motivated by self-interest and is therefore untrustworthy, so Kurosawa lays the mystery at the audience’s feet by providing multiple ‘truths’ without giving a definite answer. 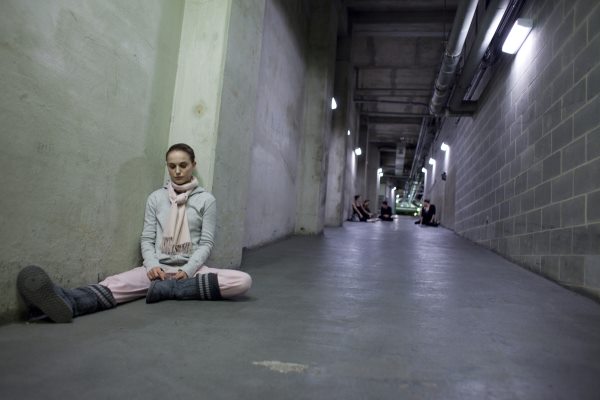 Darren Aronofsky is another director who is known for getting weird. His 1998 debut Pi was a chaotic spectacle about an obsessive, paranoid mathematical genius. He followed this up with unrelentingly bleak and depressing junkie tale Requiem For a Dream and the profound, spiritually dense The Fountain. While all of these films will mess with your head in very different ways (some of the scenes from Requiem are particularly tough to scrub from memory), his foray into psychological horror really gets under the skin. In Black Swan Natalie Portman plays Nina, a professional ballerina whose obsession with perfecting the art leads her into a dark, spiralling descent. Eager to rediscover the soul of her craft and distance herself from her overbearing mother, Nina teeters on the edge of a breakdown as she ‘transforms’ into the Black Swan. Building towards its unforgettable climax, Black Swan is a tense, seriously unnerving experience as we are forced to watch Nina’s mind fracture bit by bit. 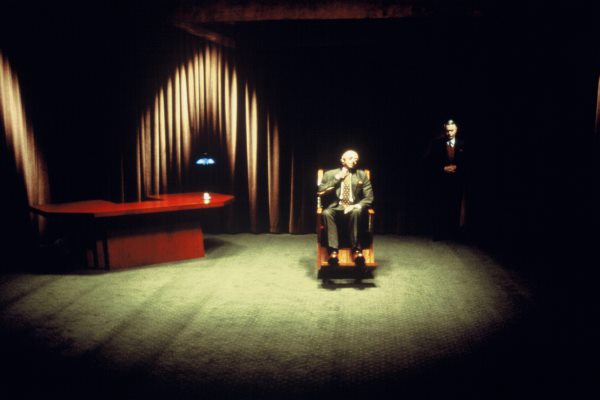 David Lynch is the undeniable master of mindfuckery. Throughout his career he has managed to confuse audiences with his (very) non-traditional storytelling, bizarre visuals and weird cast of characters. Although many of his films feel almost too deliberately vague and inaccessible for most viewers to even attempt to figure out, Mulholland Drive straddles the fine line between curious intrigue and mysterious distance. Lynch’s dreamlike take on Hollywood legends and distorted identities is all the more impressive seeing as it was originally filmed as a TV pilot and then later extended into a feature length film, but this only adds to Mulholland Drive’s surreal beauty.

Enter the Void makes it clear from its opening title credits that this is going to be one hell of a mindfuck movie. The movie starts in a first person view as it follows a young American drug dealer working in Tokyo. When he is shot by the police, the movie switches between a fixed ‘over the shoulder’ perspective as he remembers events from his past and a floating, disembodied viewpoint as he experiences the aftermath of his death. The loose narrative and semi-improvised dialogue can be a bit of a chore at times, but Enter the Void is an unforgettable technical marvel. Director Gaspar Noe conjures up some surreal and provocative visual sequences and he manages to create a disorientating, hallucinogenic cinematic experience as the camera swoops down and around the pulsating neon streets of Tokyo. 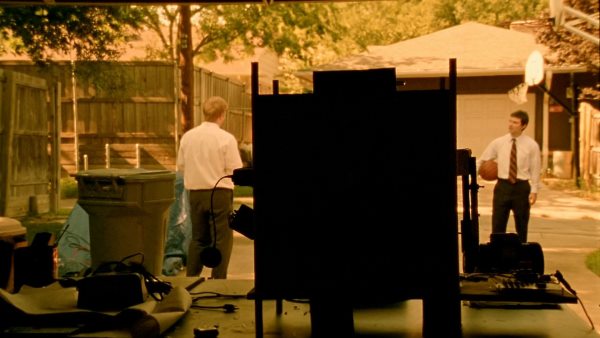 Even some of the most mainstream time travel movies approach the tricky concepts of paradoxes, branching timelines and alternate realities. However, an understanding of these terms don’t really help in unravelling the plot of low budget sci-fi Primer. The film makes no excuses in its extremely logical and technical approach as it follows a group of four engineers who inadvertently create a machine capable of time travel. After that, things really get complicated. Although it certainly feels like an incomprehensible enigma at times, the events of Primer do make sense if you have the patience to figure it out. As one of the most unapologetically complex sci-fi movies in recent memory, it’s easy to see why Primer has developed a cult reputation – though you’ll definitely need to watch it several times before it even starts to come together.