When you think of rabbits, you probably think of little cute animals with big ears and a fluffy tail. Sometimes these animals are not as small as you think at all. Exactly how big can a rabbit get? You can read it in this top 10, because here you will find the 10 largest rabbit breeds. 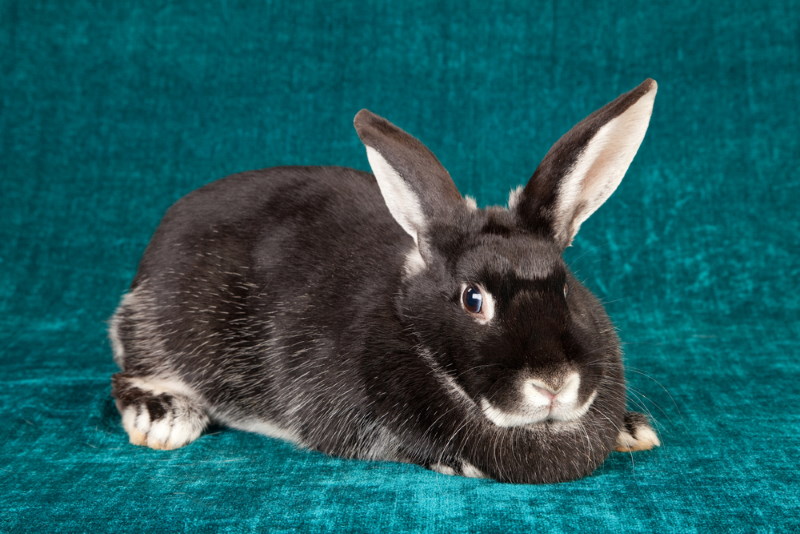 This breed of rabbit is native to the United States and was probably created by combining several breeds together. The silver fox got its name from the color of its coat. This is because it is black with gray, making the rabbits appear to have a silver sheen. They are extremely tame rabbits and therefore excellent to keep as pets. An average silver fox weighs about 5.4 pounds. 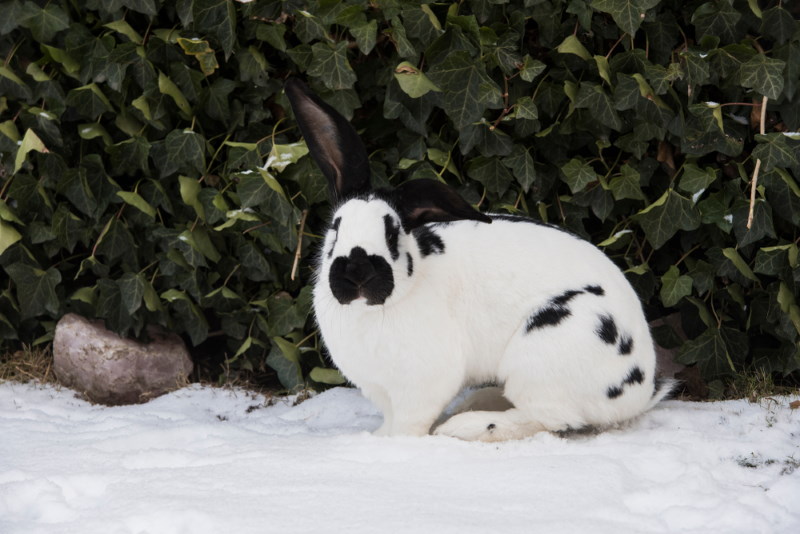 The Lotharingen gets its name from the place where the breed originally came from: the Lotharingen region of France. This is where they were bred in the nineteenth century. They are large rabbits with a typical white and black coat. Their character is playful and cheerful, which makes them want to run around all day. In this breed, the placement of the black spots is very important. Is a spot not in the right place? Then this is seen as a less beautiful specimen. The Lotharingen is also about 5.4 pounds. 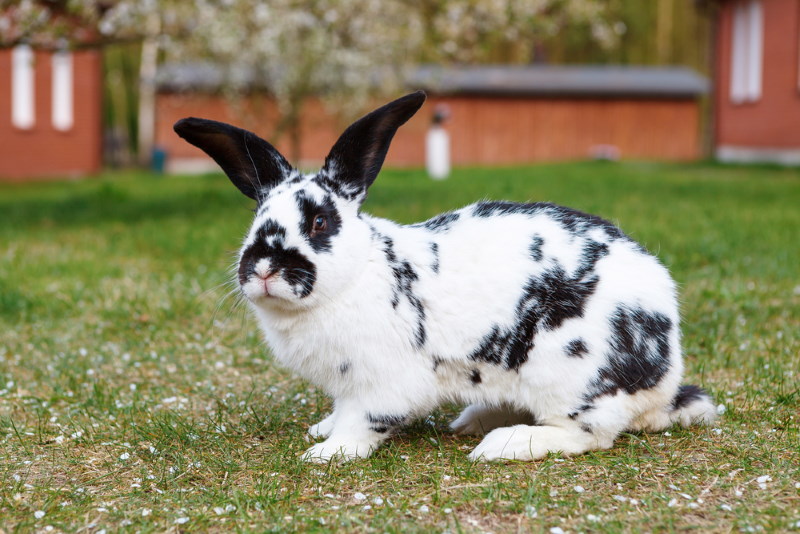 This breed of rabbit is one of the predecessors of the Lorraine. As such, the animals are very similar, which is why many people see them as variations of the same rabbit breed. Others, on the other hand, see them as completely different breeds, with the Lorraine having French ancestry and the checkered giant coming from the United States. The most noticeable difference is that the back of the checkered giant has a slightly stronger curve. The animals weigh an average of 5.4 kilograms. 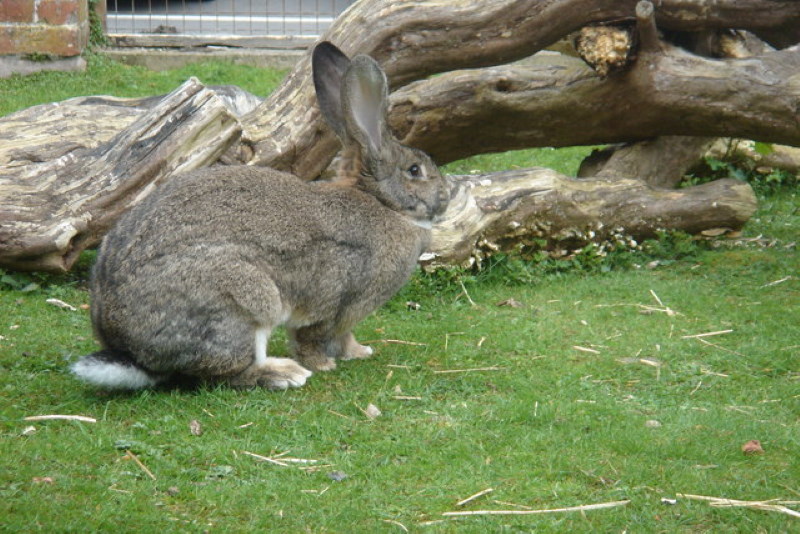 The name of this breed already indicates that it is a large rabbit. The British giant is descended from the Flemish giant, but is slightly smaller. This breed also comes in numerous colors. Thus, it is possible to have a gray, brown, white or black British giant. It is the largest rabbit breed in the United Kingdom. Here, the animals are liked to be kept as pets, as they get along well with children and other pets. They weigh an average of 5.9 pounds.

The Altex comes from the United States and was bred there specifically for the meat industry. The name is based on the two universities that worked together to create the breed: universities in Alabama and Texas. Because it is a bred animal for the meat industry, the breed is not recognized. The animals can have a variety of qualities, but the main quality is that they can gain a lot of weight in a short period of time. This is specially bred so that the animals can be slaughtered faster. The breed also owes its considerable weight to this, namely 5.9 kilograms. 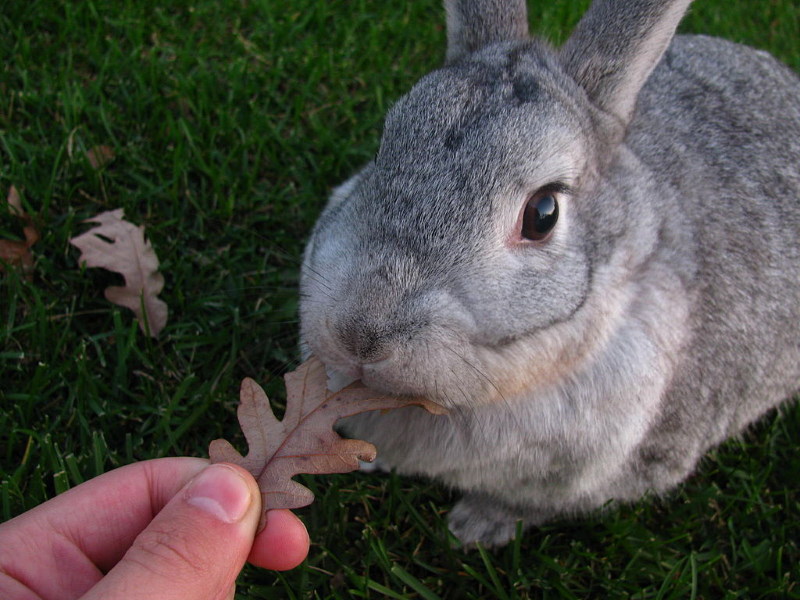 The name suggests otherwise, but the chinchilla rabbit is not related to the chinchilla. The animals do have the same gray fur that you know from chinchillas. This is where they got their name from. The breed was bred in the twentieth century in France. The length of these rabbits is relatively short, but they are very thick and wide animals. As a result, they can reach a weight of 6.8 kilograms.

You may also know this breed by the name Hungarian agouti. This name was given to the animal because it had a typical color called agouti. Nowadays, the rabbits come in many more colors, which is why it is called the Hungarian giant. The breed was bred using wild rabbits. The idea was to make it a good rabbit for the meat industry, but the Hungarian giant was less loved than other livestock rabbits. As a result, the number of Hungarian giants is decreasing significantly. The animals did earn their name, as they can weigh 6.8 kilograms. 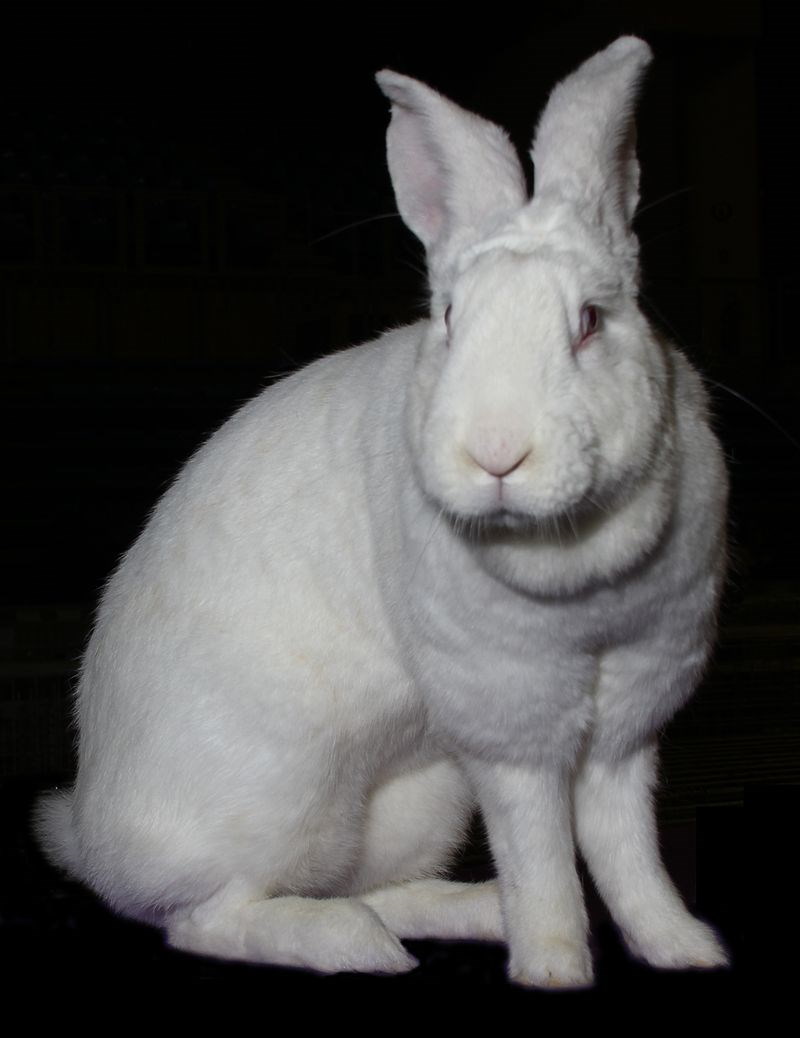 This large breed is tremendously rare. They are large, white rabbits with beautiful fur. This makes the Blanc de Bouscat a beloved pet. The breed was initially bred in France, which included the angora rabbit. Here the Blanc de Bouscat partly owes its beautiful coat to. The white hairs have a beautiful sheen and are relatively long. Another characteristic of this breed is that the rabbits often have red eyes. They weigh an average of 6.8 kilograms. 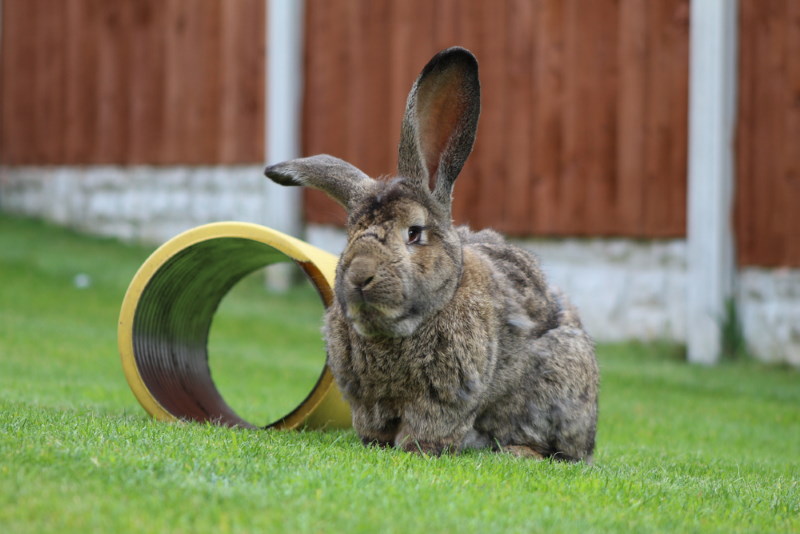 The Continental Giant rabbit is a very large rabbit with a sturdy build. They are five times the size of the average wild rabbit in Europe. Their bones are immensely strong and they are known for their genial personality. Therefore, they are good rabbits to train. They come in a variety of colors, from white to brown and black. On average, a Continental Giant rabbit weighs a whopping 7.2 pounds. 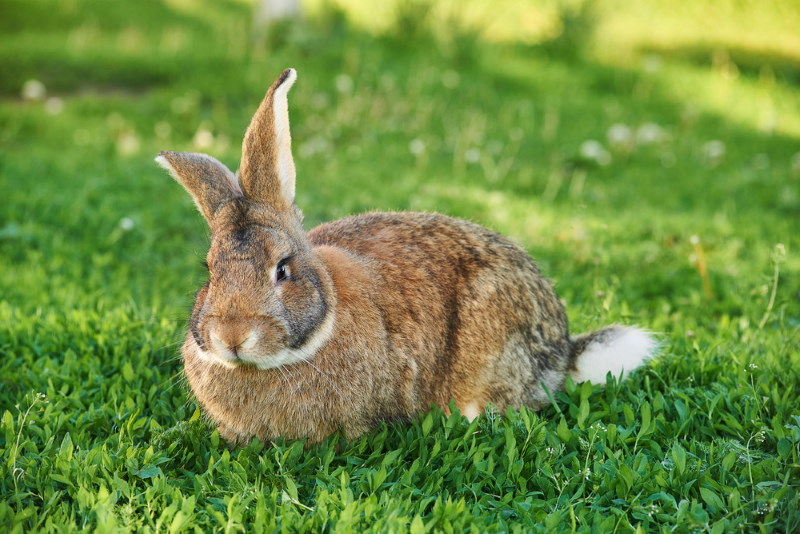 The largest rabbit breed in the world is immediately a very well-known breed. The Flemish giant is not much longer than other rabbits on this list, but it is quite a bit heavier. Because of this, it is also called the king of rabbits. The animals are partly bred using wild rabbits. Because of this, the Flemish giant has extra long ears and also very good vision. They are ideal pets because this breed has a very mild nature and can be easily trained. You should then be interested in a large pet, because the Flemish giant can weigh up to 11 pounds. So he is in the first place of this list for a reason.