Nothing says ‘epic’ like a Greek mythology movie. From modern CGI-fests to classic big-budget extravaganzas, Hollywood knows how to bring the ancient tales and heroes to life on the big screen.

This 1956 blockbuster is inspired by the Iliad; an ancient poem which tells the story of the Trojan War. Paris of Troy sails to Sparta to secure a peace treaty between the two powerful cities. On his way there he is swept overboard and found by Helen, Queen of Sparta, and the two fall in love. Helen’s husband, King Menelaus, knows what is going on but plays along with the tryst so he has a reason to lay siege to Troy. Although it may seem a little dated and melodramatic now, Helen of Troy is a big, bold blockbuster which will appeal to anyone who has a soft spot for classic sword and sandal movies from Hollywood’s yesteryear.

Based off the ‘sequel’ poem from the Iliad, the Odyssey is a fun 90s TV movie filled with an international all-star cast and surprisingly decent special effects. The (relatively) faithful adaptation chronicles the adventures of sailor Odysseus and his colourful crew as they journey home after the fall of Troy and encounter a variety of mythical figures which include Athena, the seductive Calypso, and the treacherous Eurymachus.

Inspired by Euripides’ original play, the Trojan Women follows the story of the women who faced enslavement after the fall of Troy. The main story arcs follow Hecuba, Queen of the Trojans, as she looks upon the remains of her kingdom; Andromache, widow of the slain Hector and mother of his son Astyanax, who now must raise her son alone; Cassandra, Hecuba’s daughter who has been driven insane by the ravages of war, waiting to see if she will be forced into sexual relationship with the Greek King; and Helen of Troy awaiting her death sentence. Starring Katharine Hepburn and Vanessa Redgrave, this is a very different female-centred take on Greek mythology and offers a fresh perspective on the type of drama and tragedy you wouldn’t normally expect from the genre.

Jason and the Argonauts wowed audiences in the 1960s thanks to its amazing stop-motion action sequences. Following the mythical Greek hero Jason and his band of argonauts as they set out on a quest to find the Golden Fleece, special effects genius Ray Harryhausen brought harpies, living statues, skeletons and hydras to life in this classic adventure epic.

Taking a very different approach to Greek mythology, Percy Jackson and the Lightning Thief is a family film which follows the demigod son of Poseidon (our titular hero) who is living in modern times. When Percy (played by Logan Lerman) discovers his true identity, he is thrust into the world of the gods and must stop an approaching war whilst saving his mother from Hades. Along the way Percy and his teenage crew face off against many mythological foes before they take on the Underworld. A mixture of adventure and action, Percy Jackson is a fun take on the ancient subject matter which the whole family will probably enjoy.

Immortals loosely follows the Greek myths of Theseus and the Titanomachy. In this version, the Gods have imprisoned the Titans beneath Mount Tartarus and the mortal King Hyperion (played with scene-chewing relish by Mickey Rourke) intends to use the Epirus Bow to release them. Theseus (Henry Cavill), a skilled warrior who was unknowingly trained by Zeus in disguise, is drawn into this epic fight to save humanity and defeat the ruthless Hyperion. Director Tarsem Singh brings his trademark visual flourish to this mythological world and the result is an arty, CGI extravaganza with stunning imagery and more chiselled men then you can shake a stick at. The Immortals proudly embraces the confusing, weird nature of Greek myths and throws it all on screen in a big, mad imaginative way.

This 2010 remake of the 1981 fantasy movie gave some much-needed big budget oomph to the tale of Perseus. Discovered at sea as an infant by a weary fisherman, demigod Perseus (Sam Worthington) grows up with no real knowledge of his celestial origins. When he reaches adulthood, he learns that he is the offspring of Zeus (Liam Neeson) and sets out on a quest of revenge against Hades (Ralph Fiennes) and his minions of the underworld. Along the way, Perseus and his soldiers encounter a trio of frightening witches, contend with Hades’ devoted servant Calibos, battle giant scorpions and come face to face with Medusa. However, none of this compares to the inevitable final confrontation with Hades which features a Kraken being unleashed. Clash of the Titans is a big, daft remake which features much better special effects and a host of dependable British actors hamming it up in some silly costumes.

Hyperstylish, ultraviolent and filled with testosterone, 300 was a breakout hit which launched Gerard Butler into the mainstream. An adaptation of Frank Miller’s comic book, 300 is a fictionalized retelling of the Battle of Thermopylae within the Persian Wars. In 480 B.C. a state of war exists between Persia, led by King Xerxes (Rodrigo Santoro), and Greece. At the Battle of Thermopylae, Leonidas (Gerard Butler), king of the Greek city state of Sparta, leads his 300 badass but badly outnumbered warriors against the massive army of 300,000 Persian soldiers. Though certain death awaits all 300 Spartans, their sacrifice inspires all of Greece to unite against their common enemy and win a noble sacrifice. 300 is a stunning addition to the mythology genre and is a rewatchable, adrenaline-fuelled romp like no other.

With so many movies on the Trojan War it’s no surprise that one of them would make it near the top of this list. Troy is another adaptation of Homer’s Iliad which narrates the story of the 10 year Trojan War after Helen returns to Troy with Paris. What makes this version different to the rest is its equal focus on both sides of the war. Achilles (played by Brad Pitt) leads his legendary Myrmidons (along with the rest of the Greek army) to invade the historical city of Troy which is defended by Hector (played by Eric Bana) and his Trojan army. Featuring a truly all-star cast and crammed with stunning battle scenes, the dependable direction of Wolfgang Peterson makes this the definitive take on the Trojan legend.

Who puts the glad in gladiator? Countless movies have featured Hercules and tried their hardest to bring the most famous of all Greek legends to life on the silver screen, but it’s hard to top this 1997 Disney classic. Although the story retools the legend of Hercules to make it more suitable for younger audiences (let’s face it, most Greek myths aren’t PG friendly), the movie still does his tale justice. Zeus’ brother Hades plots to overthrow the gods and rule Mount Olympus when he learns of a prophecy that will allow him to locate and free the Titans. However, he has to ensure that Zeus’ newborn son, Hercules, does not interfere. Although Hades’ minions manage to turn him mortal, Hercules still retains his superhuman godlike strength. Setting out on a quest to regain his godhood and stick it to Hades once and for all, Hercules is trained to go from zero to hero and become a true legend. Full of action, romance and humour, Hercules is an enjoyable take on the Greek hero. As one would expect from a Disney cartoon, it’s full of catchy tunes (the movie is ‘narrated’ by the Muses who keep the plot from going too far into bizarro mythological territory while infusing the movie with some upbeat, inspired gospel tunes) and has some outstanding voicework – James Woods steals the show with his slimy, sleazeball take on Hades and Danny Devito turns in a memorable performance as the downtrodden Philoctetes. 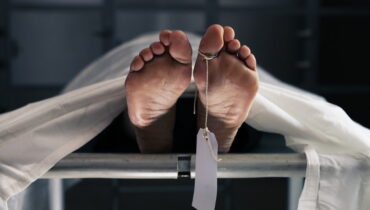