Aye-ayes are peculiar animals: small, monkeylike with large eyes and ears: they should be cute, but somehow are not terribly prepossessing. Here are some fascinating aye-aye facts for you: 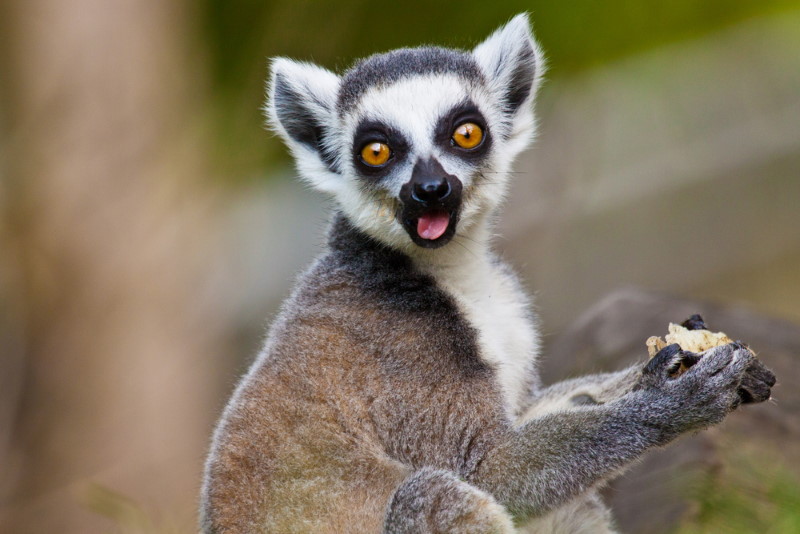 Lemurs are cute: expressive, small, fluffy and with incredibly long, often stripy, tails that wave attractively as they walk about or jump from tree to tree. With their wide, bulbous eyes giving them a permanently horrified expression, their bald bat-like ears and skeletal, disturbingly human hands, aye-ayes look more like a cross between a zombie lemur and a bat, but they are actually from the same family, and like fluffy lemurs, aye-ayes are only found on the island of Madagascar.

Aye-ayes are the only primates that have been found to use echo-location to hunt their food. They tap on the bark of a likely looking tree and then use their large sensitive ears to listen for grubs and insect larvae squirming under the surface. When they hear them, they gnaw through the bark to reach their prize. This way of tapping and listening for food is called percussive foraging. They fill the ecological niche left by the absence of Malagasy woodpeckers. 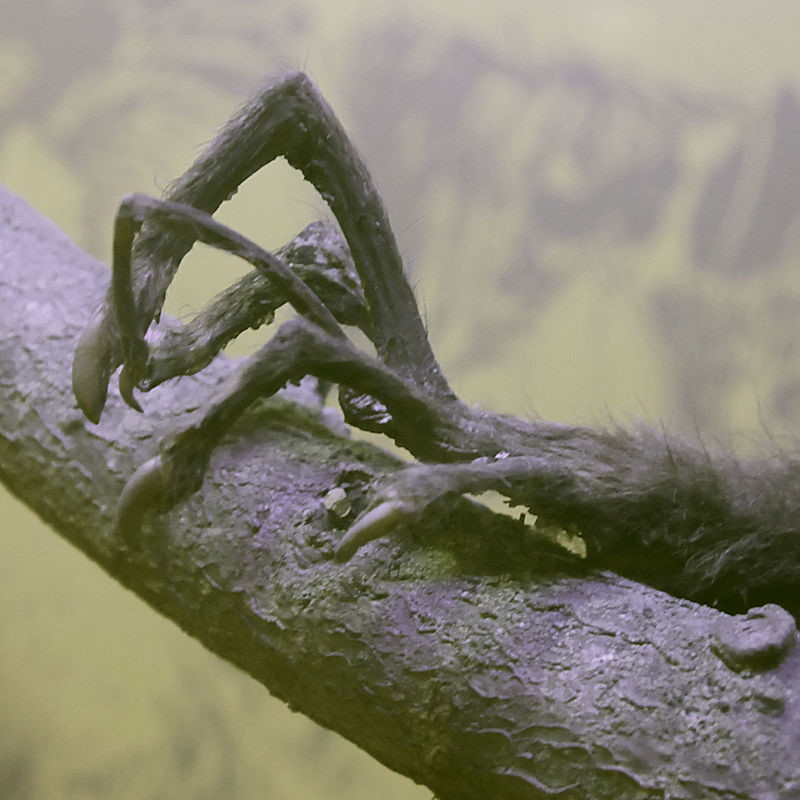 Aye-ayes have one long bony finger in the middle of their dominant hand. This thin – it is little more than skin and bone – finger is something of a multitool to the aye-aye, helping them with grooming, and being the ideal tapping tool for sounding out the bark on trees to locate grubs and larvae. It is also a handy ‘fishing rod’, being slim enough to wiggle into gaps and crevices to fish out their prey once they have located it. This finger can be up to three times longer than the aye-ayes other fingers. 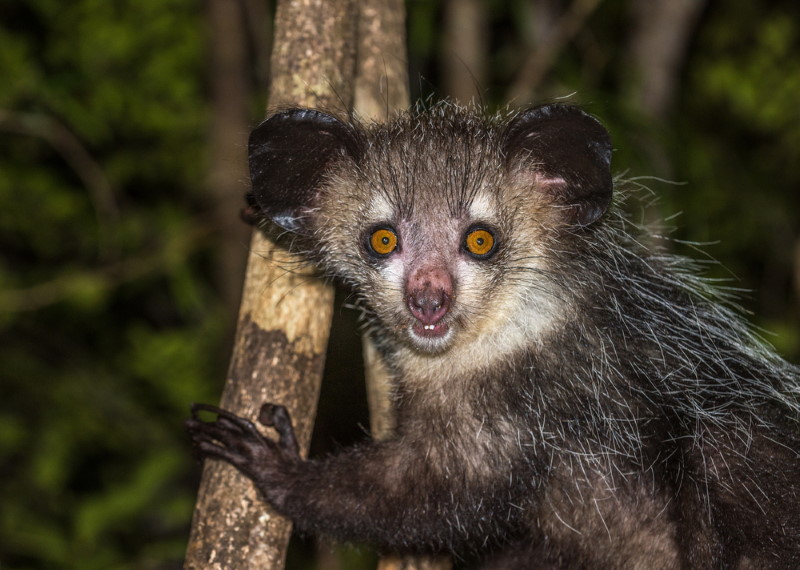 Aye-ayes are relatively long-lived for wild creatures, living upwards of twenty years in the absence of disease or threat to their habitat.

Aye-ayes live in rounded nests with one entrance/ exit. The nests look like a big ball of leaves and sticks and they are usually lodged in the crook of a tree branch. They sleep in their nests during the day, coming out to forage at night, but seldom coming down to the ground. They build fresh nests every few days, and it is not uncommon to see up to twenty nests all in one aye-aye’s territory. This may be to deter predators: if you have to check ten nests only to find they are all empty, you might lose interest and go off after more certain prey, or it may be for other, as yet unhypothesised reasons. 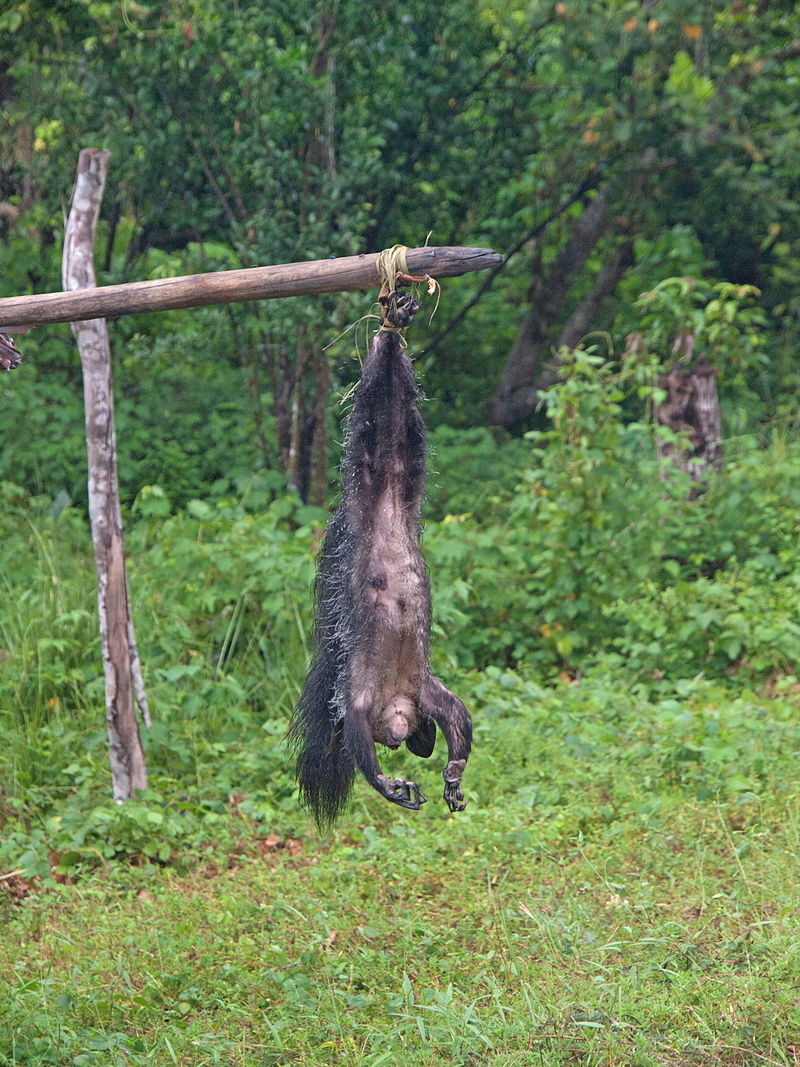 Native to Madagascar, aye-ayes are thought to be unlucky by some of the peoples who live on the large island nation, who call it the ‘death lemur’. There is a legend that if an aye-aye points its narrowest finger at a person, they are marked for death or under a curse. This has led to the small creatures being killed on sight which has negatively impacted their population bringing them into danger of extinction. It is now classified as ‘near threatened’ by the IUCN’s red list of threatened and endangered animals.

4. There Used to be Giant Aye-ayes 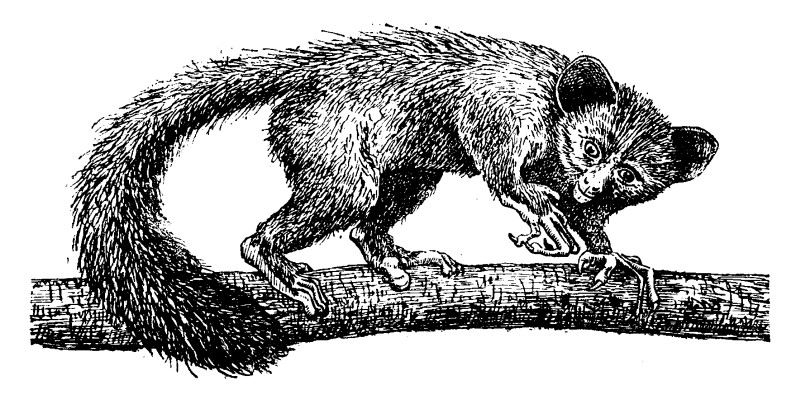 Daubentonia Madagascariensis is the Aye-aye’s Latin name – and there used to be ‘giant’ versions, weighing up to 25lbs, about three times their current size which is slightly larger than that of a housecat. The Latin name for the giant version was Daubentonia Robusta. 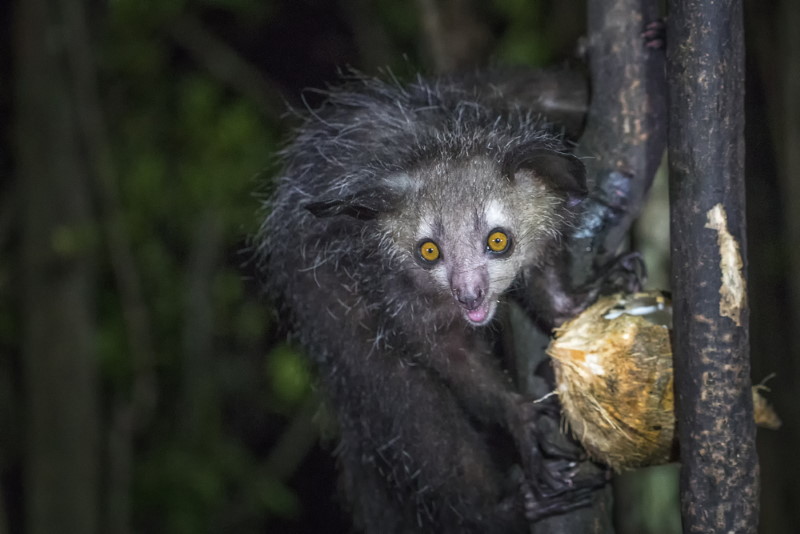 Aye-ayes have rodent-like teeth that keep growing as they wear down, probably because of all the bark they have to chew through to get to grubs and insects. This trait led to them originally being misidentified as a type of squirrel soon after they were discovered, but further research soon saw them being put into the right family grouping.

Aye-ayes are very vocal, screaming to show aggression, as well having unique vocalisations that are only uttered when they see humans (a tutting sort of ’tiss’ noise!). They also have a distinctive sound that they make when they want to flee as well as when they are in the act of fleeing: a sort of ‘run away, run away’ vocalisation that sounds like ‘hai hai’. 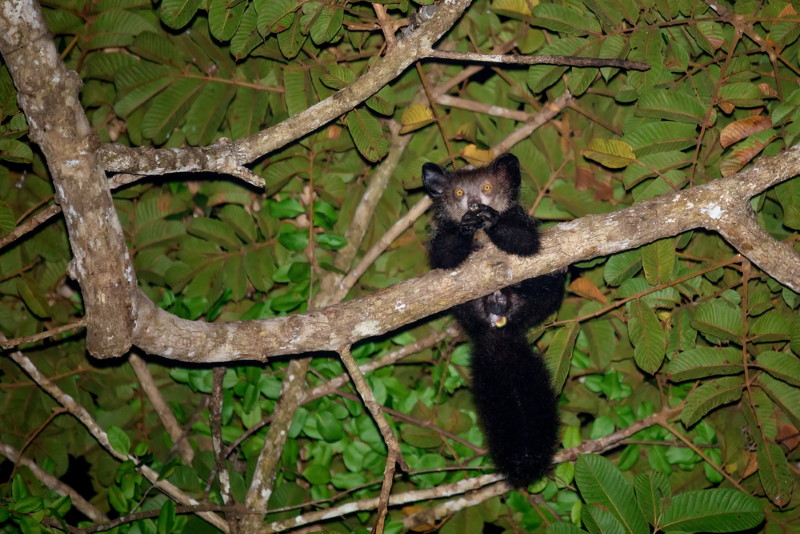 The name aye-aye – pronounced eye-eye – is believed to come from the Malagasy name for the creatures which, in turn, is thought to be based on the little primate’s most commonly heard calls.

Despite their odd looks and fearsome reputation, aye-ayes are gentle and curious when it comes to dealing with other species and humans, although they can be fiercely quarrelsome amongst themselves. Now you know a little more about the unusual and fascinating aye-aye!