Throughout history it has been customary to cast death masks of great leaders and notable people shortly after they passed away. Although the tradition of preserving a dead person’s face with wax or plaster was thankfully phased out with the advent of photography, death masks were still being made well into the 20th century and the likenesses of many famous people have been preserved for centuries thanks to this creepy custom. 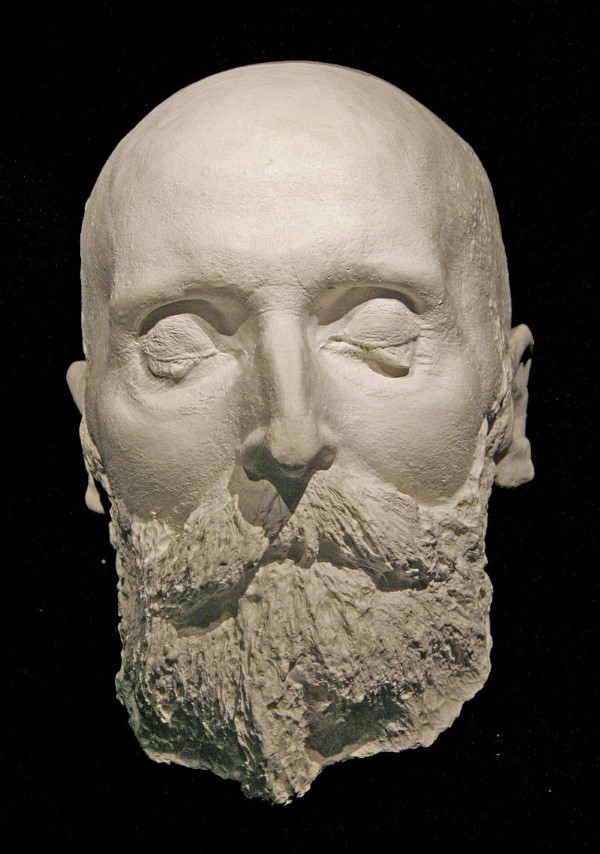 Born in Stockholm, Sweden, Alfred Nobel was the fourth son of an inventor and engineer and he quickly became interested in engineering. Like all good children, he took a particular interest in explosives. In 1864, the family saw tragedy as a shed used for the preparation of nitroglycerin – a popular but unstable explosive – exploded and killed five, including Alfred’s younger brother Emil. Undeterred, Alfred built further factories and continued to improve the stability of explosives, eventually inventing dynamite in 1867. This explosive was far easier and safer to handle and was soon followed by the invention of gelignite, which was even more stable and powerful. By the time of his death. Nobel held over 350 different patents and even has a synthetic element named after him – nobelium. Following his death, most of Nobel’s wealth was left in a trust which funds awards now known as Nobel Awards. His original death mask is still on display at his residence in Karlskoga, Sweden.

English physicist, mathematician and amateur alchemist Isaac Newton is remembered as one of the most influential scientists in history. Throughout his life he invented the first reflecting telescope, developed a theory of colour, studied the speed of sound, classified most of the cubic plane curves and, perhaps most importantly, formulated the laws of motion and gravitation – something which would dominate scientists views for over three hundred years. After his death, a cast was taken by John Michael Rysbrack. Many copies were subsequently made and they remain a prized possession by the many scholars of Cambridge University. 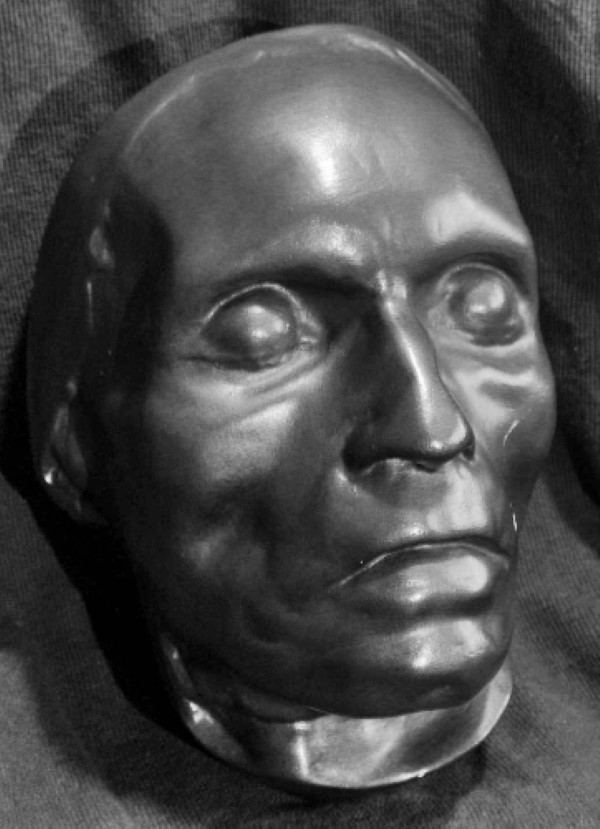 German composer and pianist Ludwig Van Beethoven was a crucial factor in the transition between the Classical and Romantic eras in music, and he remains one of the most influential composers of all time. Beethoven displayed spectacular musical talent from an early age and soon found himself moving to Vienna with the intention of studying with Wolfgang Amadeus Mozart. At the age of 26 his hearing began to deteriorate due to a severe form of tinnitus, leaving him with a ringing in his ears which made it difficult to hear music. Despite this, he continued to compose and some of his most admired work came from this period. Beethoven spent the final few months of his life bedridden, dying on 26th March 1827. The cause of his death was believed to be linked to his heavy alcohol consumption. A death mask was taken by Josef Danhauser shortly before his funeral, which was attended by an estimated 20,000 people.

Francois- Marie Arouet, otherwise known as Voltaire, was a French writer, historian and philosopher who was famous for his attacks on the Catholic Church, advocacy of separation of church and state and the notion of freedom of expression. He was harshly critical of the Abrahamic religions, going so far as to declare Christianity as “the most absurd and most bloody religion which has ever infected this world”. Following his death on 30th May 1778, a mask was taken of his face and is currently on display at the Hunterian Museum of Glasgow University. There are contrary reports to his final moments. Some believe that he repented and accepted the last rites given by a Catholic priest whilst others say that he was defiant to his last breath. One story relates how, when asked if he renounced Satan, Voltaire replied “now is not the time to make new enemies”. 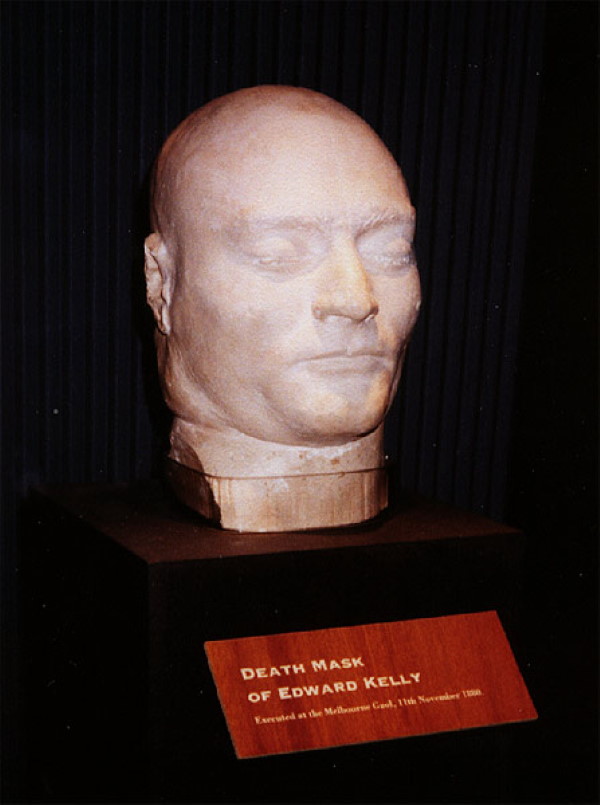 Australian outlaw Ned Kelly and his associates committed numerous armed robberies and murders. Quickly becoming notorious as a modern-day Robin Hood, he denounced the British Empire and threatened those who stood against him. Following a failed attempt at ambushing a police train on 28th June 1880, he and the remainder of his gang entered a violent confrontation and shootout with the Victoria Police at Glenrowan. Each man wore home-made plate armour, weighing close to 97 lbs (44kg). Despite being very adept at repelling bullets, their legs remained uncovered, leading to their eventual downfall and capture. Kelly was hanged on 11th November 1880 at the Melbourne Gaol, despite a petition signed by over 30,000 people to commute his sentence. With a supposed intention to make a speech in front of the crowd, he merely uttered the words “I suppose it has come to this” as the rope was placed around his neck. A death mask was taken by either Maxmillion Kreitmeyer or Desiderio Cristofani, and copies were distributed all over the continent. It is rumoured his skull was given to phrenologists to study, before being returned to the police who used it as an interesting, and unique, paperweight. 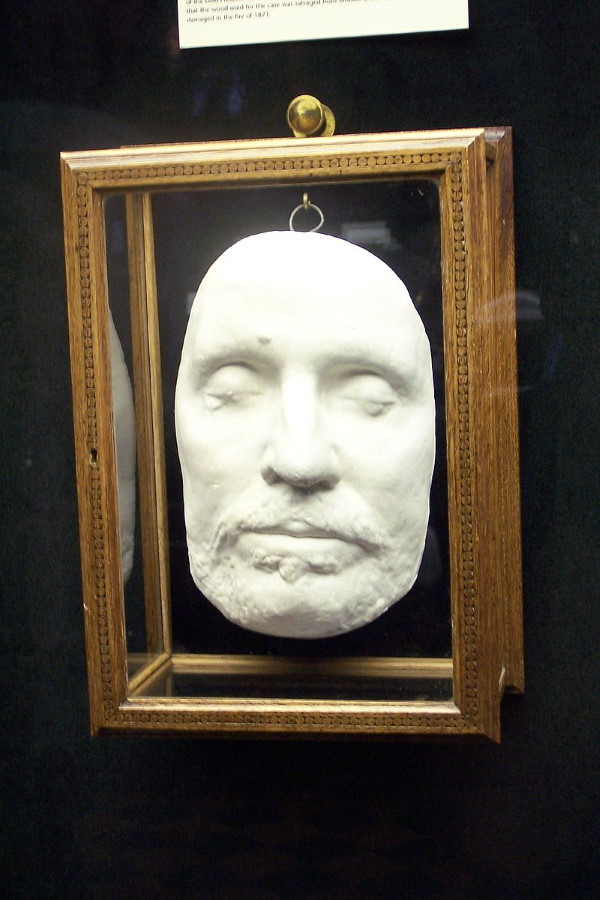 Lord Protector of England and mortal enemy of Ireland, Oliver Cromwell remained relatively obscure for the first 4 decades of his life before undergoing a religious conversion in 1630s. Intensely religious, he believed that God guided his hand towards his many victories.
During the English Civil War he was a Roundhead (or Parliamentarian) and quickly promoted through the ranks to become one of the signatories of King Charles I’s death warrant. He was then given command of the English campaign in Ireland, bringing an end to the Irish Confederate Wars and confiscating a significant amount of land. Following his death in 1658 by natural causes, a death mask was taken and is currently displayed in the National Portrait Gallery in London alongside his personal bible, button and coffin plate. He was buried in Westminster Abbey, but following the Royalists return to power 2 years later his body was dug up, hung in chains and then beheaded.

English film director and producer Alfred Hitchcock earned the nickname ‘The Master of Suspense’ after pioneering many techniques in the suspense and thriller genre. Hitchcock began his very successful career in cinema with silent films and then with early talkies. He shortly thereafter moved to Hollywood in 1939, where he filmed his most famous creations which ranged from romantic comedies to the dark and disturbing. His most best-known film remains the 1960 hit ‘Psycho’ which was produced on a very limited budget of only $800,000. The film saw immediate success and quickly became his most profitable film – earning him in excess of $15 million. A death mask was taken of Hitchcock following his death in his Bel Air home on 29th April, 1980. 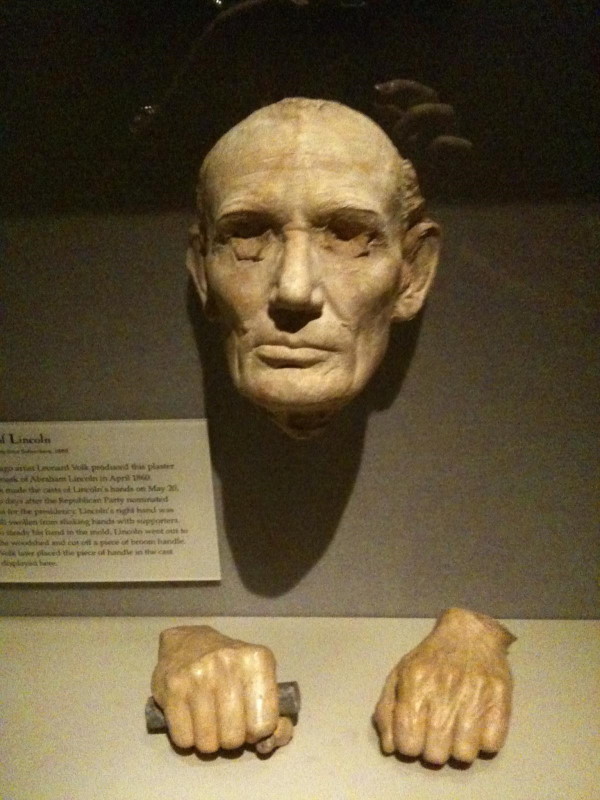 Abraham Lincoln was the 16th President of the United States. He led the country through its Civil War, abolished slavery, modernised the economy and strengthened the government. Lincoln saw his end when John Wilkes Booth, a well-known actor and Confederate spy, formulated a plan to assassinate the President when he attended the play ‘Our American Cousin’ at Ford’s Theatre on April 14th, 1865. Booth crept up behind Lincoln and fired point blank range into the back of his head. After 12 days on the run, Booth was found in a farm nearly 70 miles south of Washington and was killed by Union troops. For 3 weeks, Lincoln’s body was transported across North American states for large scale memorials attended by hundreds of thousands. His death mask has been on display at the National Museum of Health and Medicine since 2007 and, after being carefully studied, it is theorized he suffered from a disease that would have resulted in his death had he not been assassinated.

Russian communist revolutionary Vladimir Lenin played a key role in the October Revolution in 1917. This saw the overthrow of the Provisional Government and led to the eventual establishment of the Soviet Republic with him as the leader. Under Lenin’s leadership, the government not only nationalized estates and crown lands, but homosexuality and abortion became legalized, becoming the first country in the world to give the people these rights. No-fault divorce was also legal and universal free healthcare and education became the norm. Following his death, an internal power struggle took place in which Stalin, eliminating the opposition including members of the Politburo, came out as his successor. A death mask was taken of Lenin and his body still remains embalmed and permanently on display in Lenin’s Mausoleum, Moscow. 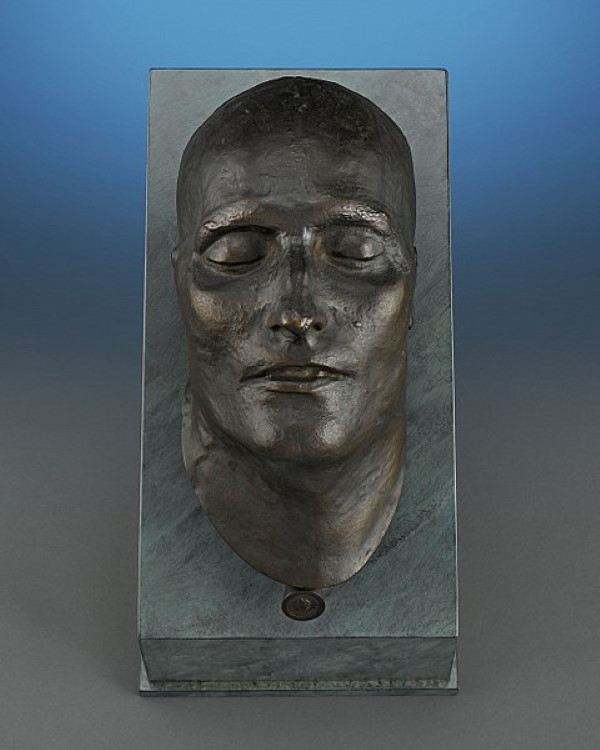 Napoleon Bonaparte rose to power during the wars following the French Revolution. He dominated European affairs for close to 20 years, leading France in both the Revolutionary Wars and the Napoleonic Wars. Perhaps one of the greatest commanders in all of history, he won the huge majority of his 60 campaigns, despite remaining a controversial political figure. Following his death in exile on the island of St Helena, a death mask was created less than 2 days later. There remains much mystery about the location of the most original cast mold and only four genuine ones are known to be in existence. Their locations are Boston University’s Mugar Library, Auckland Art Gallery, University of North Carolina and the Museum in Santiago de Cuba – although this one’s authenticity remains heatedly debated. If that wasn’t enough, in the 1970s an American professor of urology bought Napoleon’s penis (which was cut off during autopsy) at a Paris auction house and in 2014 DNA testing confirmed that it did in fact once belong to the plucky French leader.