The pursuit of knowledge has been a timeless pursuit throughout the history of mankind, but it still seems remarkable that there are universities from around the world which are almost a thousand years old. The following academic institutions have been in continuous operation since their initial founding and they are still active places of learning to this day.

Established in 1290, the University of Coimbra is the oldest university in Portugal, boasting approximately 20,000 students. The university has eight departments split across five campuses and it has a keen focus on the arts, sports and sciences. As a major science research contributor, the university houses a supercomputer known as Milipeia which was built in the mid 2000s and is used for continuing research in genetics, astrophysics, engineering and more. Students continue many colourful traditions, such as ‘The Tin Can Parade’. Here, freshmen tie tin cans to their legs as they march around the town centre, making as much noise as possible while they march towards the university. It is fully embraced by locals and is seen as an ancient cultural tradition. The event has become a tourist attraction for many visitors each year. Just remember to pack some ear plugs.

The University of Macerata is one of the oldest universities in Italy. Founded in 1290, the various departments and faculties are all housed within its medieval walls, with many popular courses being taught entirely in English so as to appeal to a wide variety of international students. However, there is an ongoing debate about the date the university was actually founded, with many believing that it wasn’t officially recognised until 1540 by Pope Paul III. This is despite the fact that it began its origins as a Law School in 1290, run by a private master. Unlike similar schools of the time, Macerata was not run privately and was established by the commune. Thus, it had features of a public institution and developed its reputation as a university. 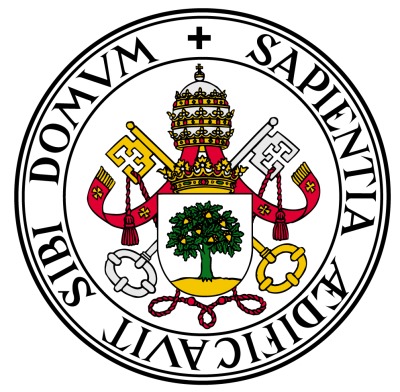 Founded in 1241, the University of Valladolid in Spain has seven campuses spread across four cities of the autonomous region of Castile-Leon; Valladolid, Palencia, Soria and Segovia. It is renowned for its extensive collection of documents which are held within 14 libraries. Amongst the assortment is some 940,000 books, including manuscripts dating back before the 10th Century. Under constant construction and development since the 15th Century, the university is notable for its unique architecture which includes a cluster of sculptures that represent the allegories of subjects being taught within the main building. With strong cultural ties to theatre and music, the youth orchestra is run by the students of the university and since 1998 acclaimed Spanish composer Francisco Lara has been the artistic director. 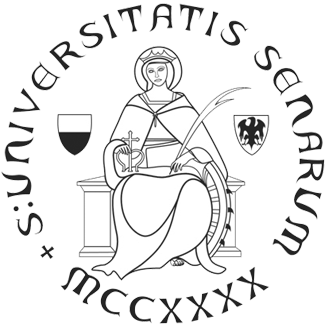 Originally called ‘Stadium Senese’, the University of Siena was founded in 1240 and was the first publicly funded university in Italy. The students account for nearly half the population of the town of Siena, totalling approximately 20,000. While the residents are extremely proud of their native traditions, the university prides itself on diversity and internationalism. More recently, the university has began returning historic buildings to the city. Yet at the same time, without the university occupying these buildings to begin with it is highly likely that they would have crumbled into disrepair (like so many other structures around Siena). Best known for its Schools of Law and Medicine, the University of Siena boasts a wide array of illumi including two Popes, John XXI and Julius III, who taught Law and studied Medicine, respectively. 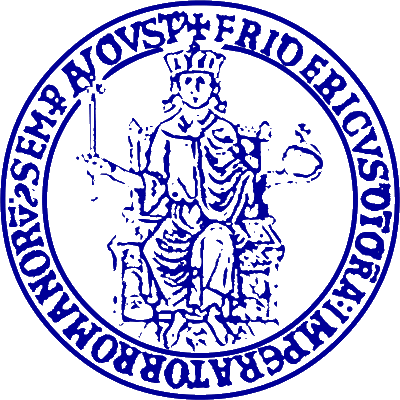 As the name would suggest, the University of Naples is titled after its founder Frederick II. Established in 1224, one of its most famous students was theologian and philosopher Thomas Aquinas, who later became a professor and saint. Frederick II had big ambitions for the institution as he saw the university as a great way to train new administrative and bureaucratic officers for the kingdom’s government. He also wanted to further the cultural development by providing students and scholars an educational environment without the need to travel abroad. Up until its founding, many scholars were completing their training at the University of Bologna, residing in a city that was hostile to the imperial power. Today, the University of Naples boasts an astounding 95,000 students across a wide variety of faculties including agriculture, architecture, medicine and political sciences. 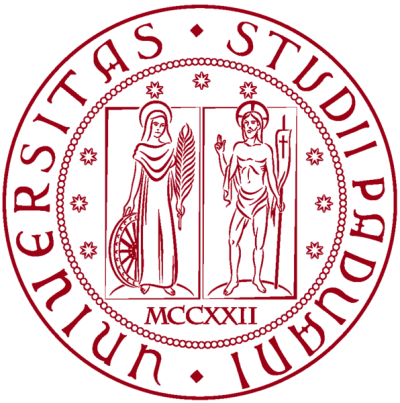 A premier Italian university, the University of Padua was founded in 1222 as a school of law and it quickly became one of the most prominent universities across all of Europe. A large group of students left the University of Bologna for more academic freedom and they quickly expanded their curriculum from law and theology to astronomy, grammar and even medicine. For 300 years, the university was distinguished for its contribution to research, playing a leading role in treating diseases and ailments and specialising in autopsies. Its public dissections soon attracted artists, scientists and writers who spread the idea of anatomical theatres to other European cities. Currently, the university teaches 65,000 students and continues its past acclaim by recently being voted ‘Best University’ throughout Italy. It continues to contribute significantly to the fields of politics, arts and science. 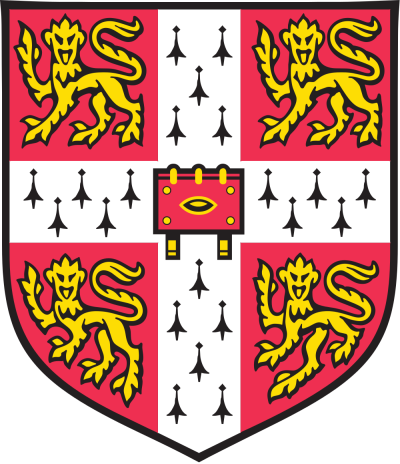 Founded by scholars who left Oxford after a dispute over the execution of two scholars,
the University of Cambridge in England takes 1209 as its official anniversary, despite a royal charter being granted in 1231. Cambridge is the second oldest university in the English speaking world, consisting of 31 self-governing constituent colleges and over 100 academic departments across six schools. Despite having a relatively low student base (approximately 30,000), the university has an annual endowment of nearly £5 billion, easily the largest of any university outside of the United States. As a department, the Cambridge University Press also holds the title of being the world’s oldest publishing house. This is complemented by the university’s astonishing collection of over 15 million books. Cambridge has many notable alumni including renowned scientists, actors, mathematicians and over 90 Nobel Laureates. This is perhaps to be expected from one of the most consistently top ranked universities in the world. 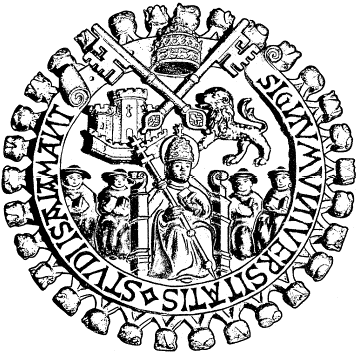 The University of Salamanca in Spain was founded in 1134 before being given the royal charter of foundation by King Alfonso IX in 1218. From this time until the end of the 16th century, the University of Salamanca reigned high as one of the leading centres of learning throughout Europe. However, by the end of the Spanish Golden Age the university saw a sharp decline in the quality of academics. Once having over 7,000 students within its walls, by 1875 enrollment was down to just under 400 students. However, Salamanca managed to bounce back and today is considered the top university in Spain, also managing to attract a substantial overseas student base with their Spanish-speaking courses for non-native speakers. The university remains an important centre for the study of humanities, in particular languages, and helped found the Association of Language Testers in Europe in 1989. 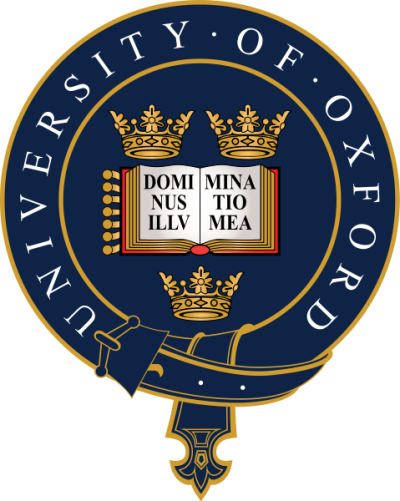 The University of Oxford lays claim to the title of oldest university in the English-speaking world, although there is no clear date for when it was founded. Estimates put teaching at around 1096, with substantial expansion in 1167 when King Henry II banned English students from attending the University of Paris. The university boasts the largest library system throughout the United Kingdom, with over 11 million volumes housed across 120 miles of shelving. It continues to grow, adding over 3 miles of shelves per year. Along with Cambridge, the institutions have become jointly known as ‘Oxbridge’. However, perhaps to keep some rivalry afloat, applicants cannot apply to both Oxford and Cambridge in the same year. Those who are accepted will attend one of the best universities in the world which continues to be ranked in the top 10 across many tables. 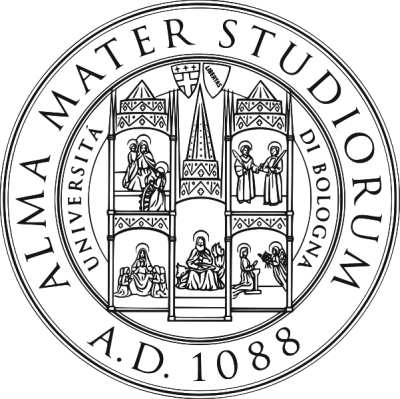 The University of Bologna was founded in Italy in 1088 and is considered to be the oldest university in the world which is still in continuous operation. The university came to fruition when different clusters of scholars from foreign nations grouped together for protection against the laws of collective punishment. The clusters eventually formed a university which had substantial bargaining power within the city. Bologna became notable for its teaching of canon and civil law, and the university was central in the development of medieval Roman law. Today, the university has around 85,000 students across 23 schools.

Top 10 Oldest Buildings in the World