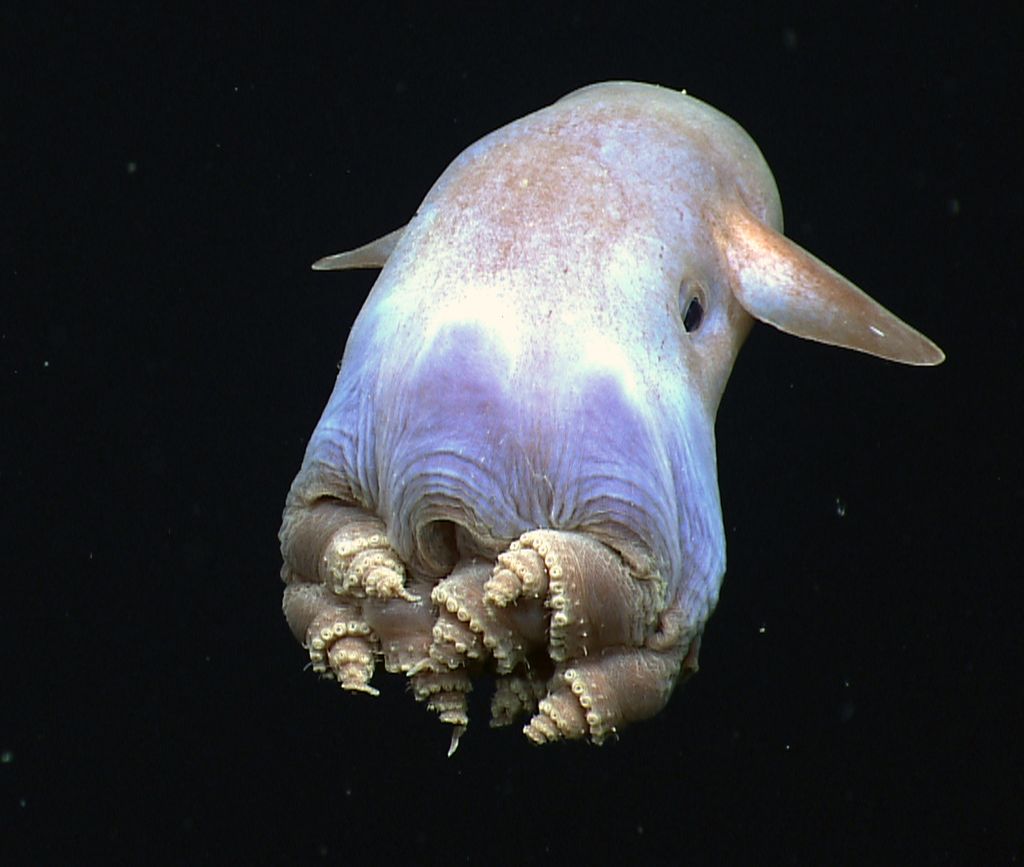 This octopus seems to come straight out of a cartoon. Not only does it have large protruding ears on its head, but also strikingly large eyes and a small spout. Despite its cute appearance, the Dumbo octopus can survive at depths of up to 3,900 meters. They have eight tentacles, of course, but they are all connected. Unlike many other octopuses, they do not chew their prey. The Dumbo octopus chooses to simply swallow its prey whole.

These fish are also called spook fish, due to their transparent head. In this head you see two eyes that are constantly pointing upwards, allowing the celestial viewer to see the silhouette of prey. These animals were not discovered until 1939, but it was difficult to examine them. Their bodies are damaged by the great change in pressure when they are brought to the surface from deep in the ocean. Fortunately, today there are special devices that allow researchers to examine the Mariana Trench from a distance.

Jellyfish are common animals in the ocean, many of which live mainly on the surface of the water. The benthocodon does it slightly differently. These animals prefer to live at a depth of about 750 meters, just on the seabed. They are small jellyfish with a convex top, which is also called a bell. More than 1,500 tiny tentacles are attached to this. With the help of these tentacles, the jellyfish can move through the water. While many jellyfish are translucent, the benthocodon has a bright, red color.

This dragon fish is certainly not a sweetheart. He has big teeth and a terrifying head. The animals’ body resembles an eel. They grow to 15 centimeters long and live at a depth of 1,800 meters with ease. Here the water is pitch black and icy cold, but the dragon fish can glow in the dark. Thanks to special chemical reactions, it gets a beautiful glow in the water. He uses this glow to attract other fish that think they have found easy prey. As soon as they come close, the dragon fish uses its razor-sharp teeth to eat its bite.

Anyway, an animal called a devil is a creep. This certainly applies to the black anglerfish, an animal with sharp teeth and a large luminous rod upside down. This rod gives off light, which attracts small fish. that makes it a lot easier to catch prey. The animals also have a special way of reproducing. Once a male finds a female, he bites her side, melting into her body. This actually gives the female a storage place for sperm so that she can fertilize herself.

This animal seems to come straight out of a horror movie. The animals have a long snout that looks like a sharp sword. Below this muzzle are two jaws with razor-sharp teeth. Both parts of its head seem almost incompatible. Moreover, these sharks are not gray, but have a pink tint. They are very large animals, with a length of no less than 5.5 meters. Fortunately, you are unlikely to encounter a goblin shark in the wild, because these animals mainly live at a depth of 900 meters.

Officially this animal is called the Osedax, but zombie worm (or bone-eating worms) is amore appropriate name. These animals are able to eat the bones of large animals, such as whale bones. They secrete a kind of acid, which makes the bones easily dissolve and be eaten. The females are a lot longer and collect a harem of male worms on their bodies. The males fertilize the females, after which a large amount of eggs are released into the water. 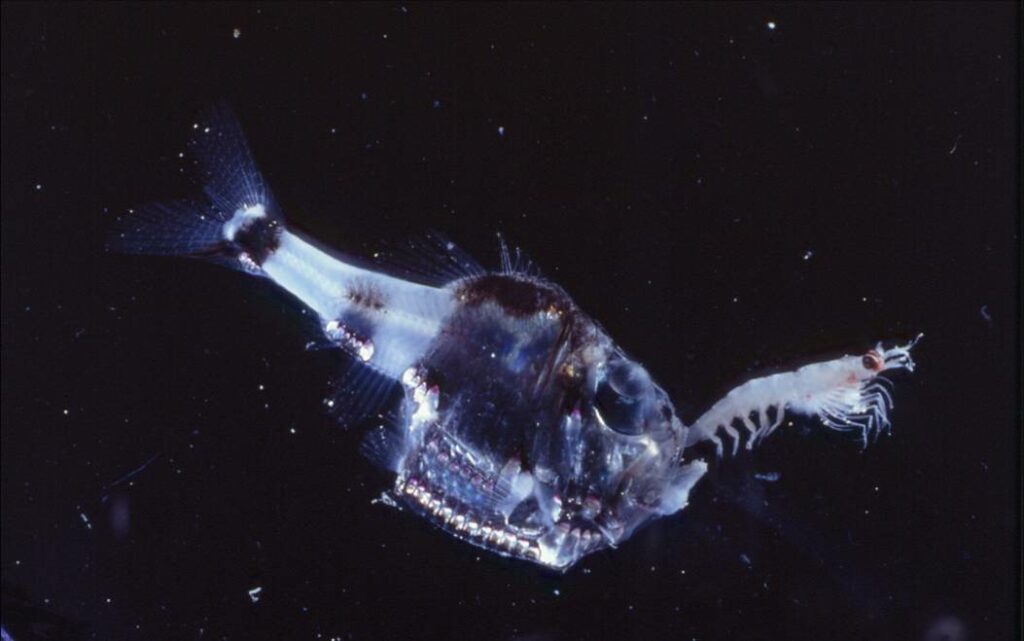 When you see the biting fish swim by, it looks like an ax is floating through the water. There are 40 species of biting fish, but the Argyropelecus hemigymnus is a very special type. They can glow in the dark and even influence the brightness of the light. This way they can easily camouflage themselves. The gigantic eyes of this fish make the creature terrifying. Fortunately, the animals are only 15 centimeters long and swim at a depth of 1,500 meters. So you don’t have to worry about seeing one in real life.

The body of an eel and a head that appears to come straight from a dinosaur? That’s the fringe shark. This shark species has a long history, with a family dating back over 80 million years. It owes its name to the gills that adorn its body. It has more than twenty rows of razor-sharp teeth, so it can easily destroy any prey. The animals prefer to live around the seabed, but also reside at a depth of 1,200 meters. They cannot survive on the surface because the pressure here is too low for their bodies.

The telescope octopus swims around at a depth of 1,900 meters. This animal is a striking appearance, as it has a transparent body and its tentacles look almost ghostly. In this transparent body are two special eyes from which the animal owes its name. The eyes stick out a lot and can also rotate. They can even spot prey in the deep darkness of the Mariana Trench.