Moths and butterflies are of the order Lepidoptera. However, butterflies usually receive most of the attention. This is surprising since of about 180,000 species in the order, only 10 percent are butterfly species. Most people think that they are dull and unattractive; this is not the case. Here are some of the weirdest-looking and beautiful moths in the world. 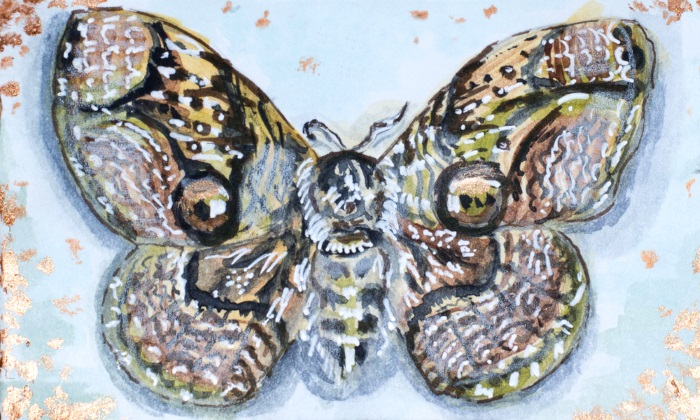 Also called the owl moth, it is one of the largest species of moth. It is found in China, Myanmar, Bhutan, Northern India, Japan, and Taiwan. It is a nocturnal moth with a wingspan that can reach 6 ¼ inches. It has fully developed eyespots on its front wings and black and brown stripes. Its robust body is also brown and black with orange-brown stripes. If it is disturbed while at rest, it shakes violently to scare off predators instead of flying away. 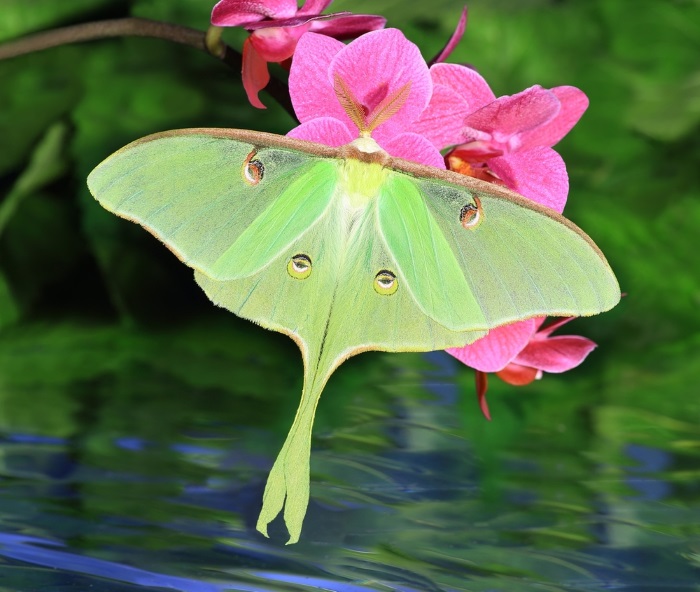 Most moths are known for having dull colors. However, this one is different. It has large, beautiful, lime-green wind with undulating tails. Like some other moths, it does not have a mouth, and it does not eat. It lives for a week, during which its sole purpose is to mate and pass on its genes. 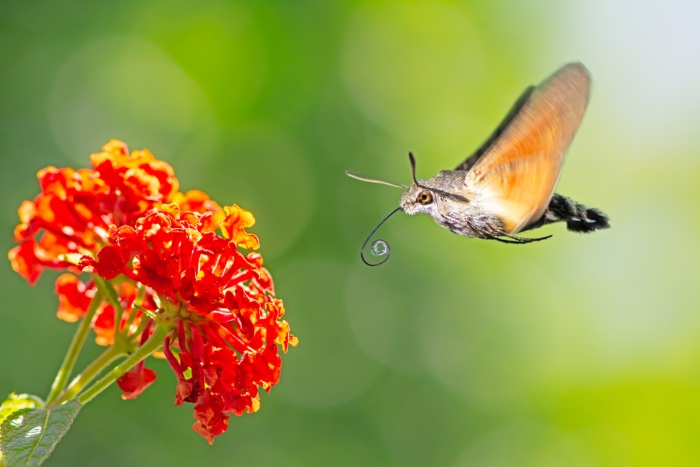 The hummingbird hawk moth is found throughout the northern hemisphere, except in America. Its territory extends from Japan to Portugal. It scatters widely in the summer but rarely survives the winter in the higher latitudes. As the name suggests, it hovers at the opening of flower sucking nectar in much the same way as the hummingbird. The moth has a proboscis that is about an inch long, nearly the length of its body, for sucking nectar. 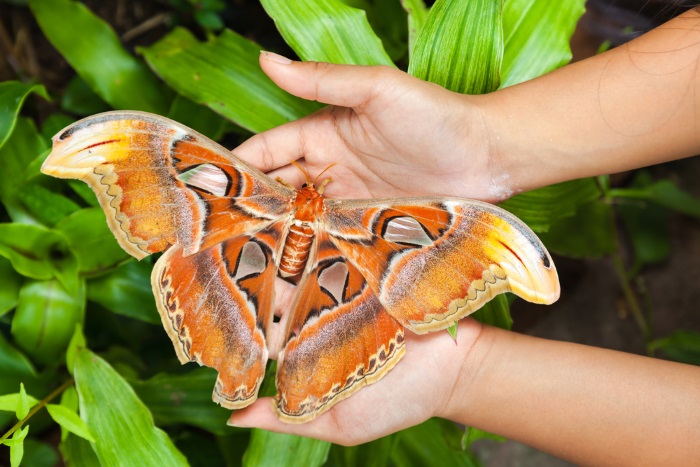 Also called the Atlas moth, it has the largest wing surface area of all moths in the world. Its cocoon is so huge that it is used as a pocket purse in Taiwan, lucky charm in Taiwan, and as an ankle rattle in Mexico. Just like the Luna moth, it does not have a mouth to feed. It lives only for two weeks, during which its only goal is to mate. 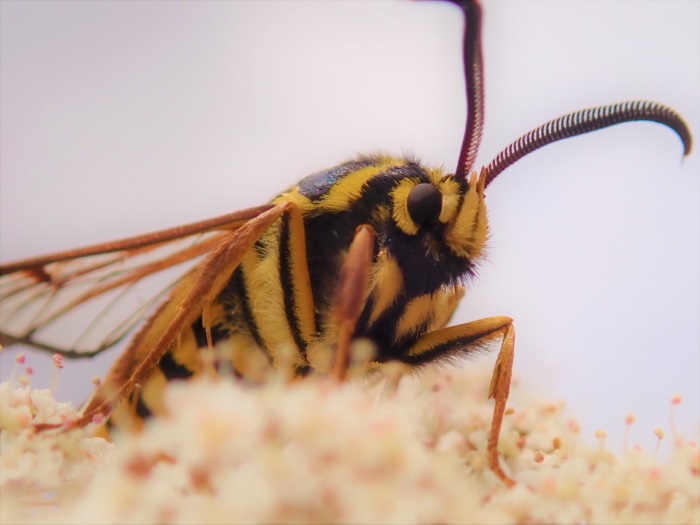 As the name suggests, the hornet moth looks quite similar to a hornet. The only difference is that it does not have a sting like a hornet. This defense mechanism, known as Batesian mimicry makes predators think twice about attacking it. However, the moth lacks the waist between the abdomen and thorax found on hornets. 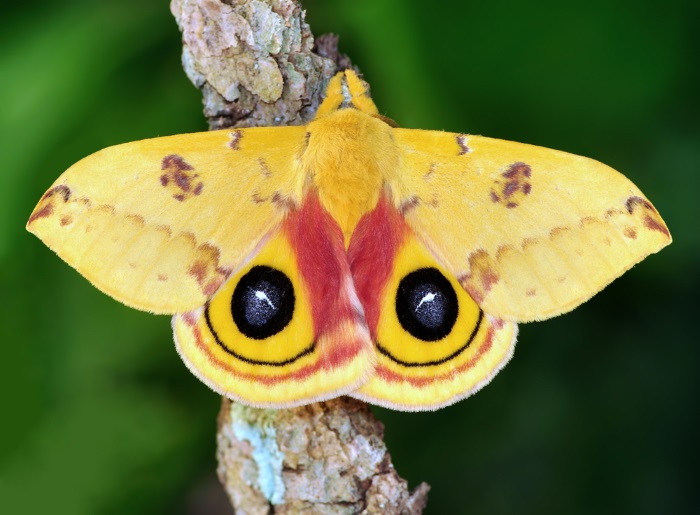 Also called the Io moth, it’s most distinctive feature is the eye-like patterns on its wings. When threatened, it spreads its wings to reveal realistic-looking eyes that startle predators. The larvae stage of the moth is also quite beautiful. However, the larval stage has poisonous spikes that can be painful if they touch the skin. Like the Luna moth, it does not have a mouth in its adult stage. 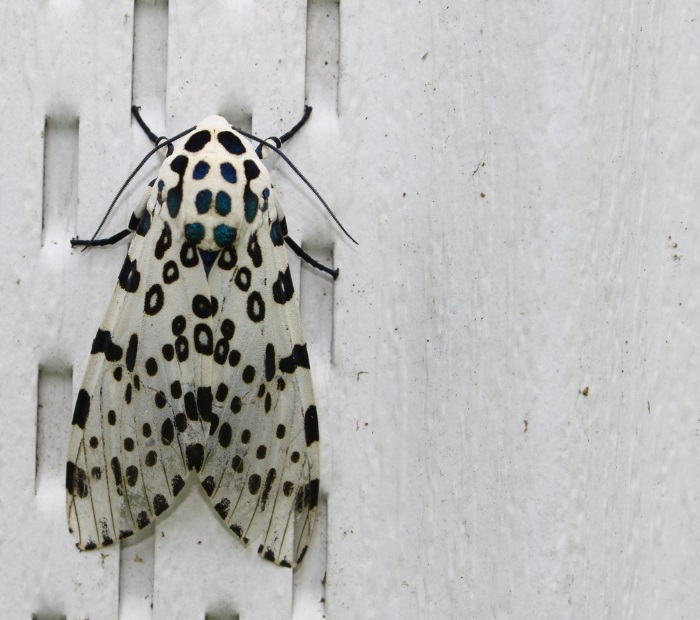 Also called the eye tiger moth; this moth is found all over North and Central America. It has a wingspan of 3 inches. The wings are bright white, and they have black blotches on them. Some of these blotches are hollow while others are solid. The top of the abdomen is dark blue with orange marks while the bottom is white with black spots. In the males, there is a yellow line on the sides. 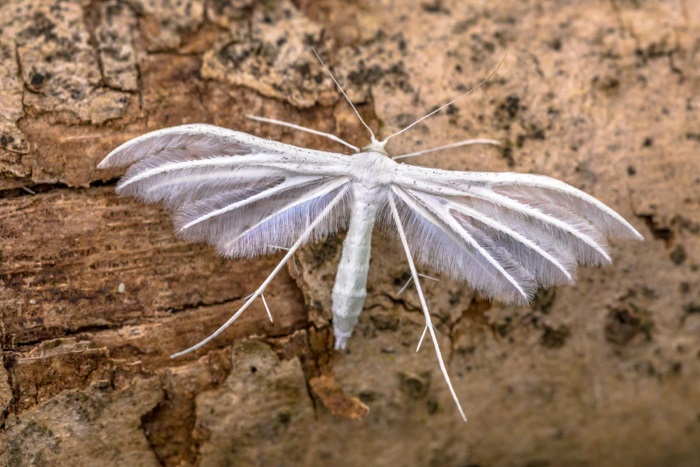 Also called the white plume moth, it usually has the appearance of a large white mosquito when flying. It is completely white and has wings that resemble fine feathers. Unlike most other moths, when it perches, it leaves its wings in a T-shape. 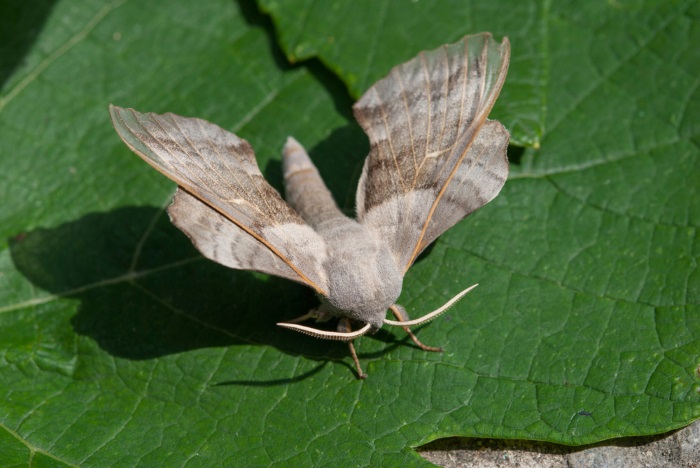 Also called the Poplar hawk moth. It is one of the weirdest-looking moths. It has irregularly shaped wings that allow it to use dead leaves on the poplar tree as camouflage. When disturbed, it reveals a bright orange-red patch on the underside of its wings to startle predators; alternatively, it flies away.

The moth is suspected of being a new moth species. Dr. Arthur Anker photographed it in the Gran Sabana region, Venezuela. However, the images are not sufficient to determine whether it is a new species. Some have described this moth as closely resembling a real-life fairy. It has a poofy white body and long, brown, spike antennae sticking out straight from each side and big, black, bulging eyes.

Top 10 Most amazing mothers in the animal kingdom