In total there are more than 300 species of octopuses on Earth, but they remain mysterious animals. They are often difficult to observe, so scientists do not know everything about these animals, including their height and weight. With today’s knowledge, this is the top 8 largest octopuses in the world.

This octopus is a member of the giant octopus family, but one of the smaller ones in its family. It has an average weight of 3.9 kilos and can grow to almost three feet long. The animal stands out thanks to its impressive red color and can mainly be found along the southeastern coast of South America. The animals can live up to five years, but their age largely depends on their reproduction. They usually don’t die long after mating. 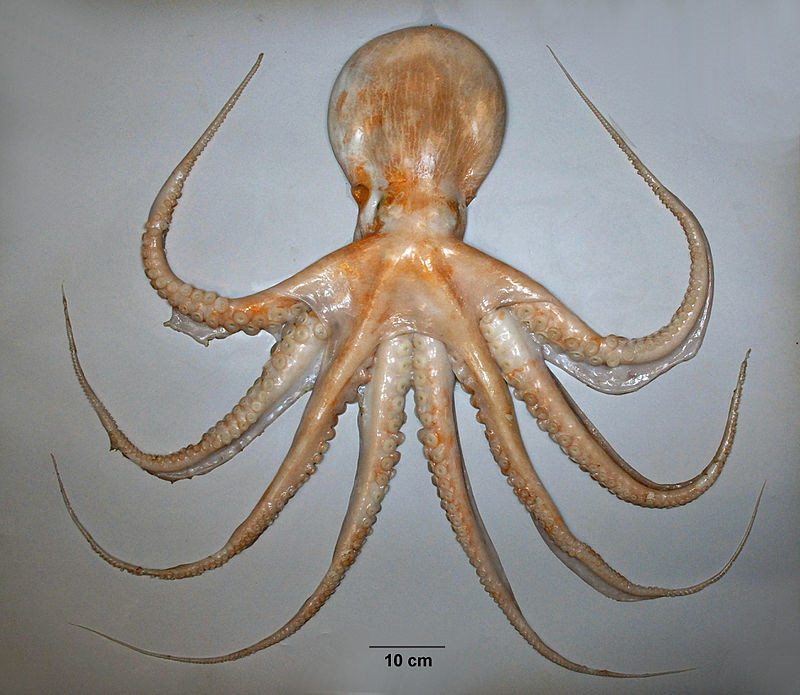 Scientists don’t know much about these octopuses. They live in the water around New Zealand and are apparently common there, but researchers have been unable to catch more than fifty. This makes it difficult for scientists to estimate how big the species can grow. So far it is known that they can reach a weight of about 5 kilograms and reach a length of 1.4 meters. Researchers are now making more attempts to investigate these octopuses. They do have some competition, as sea lions are thought to eat as many as a million of these octopuses every year. 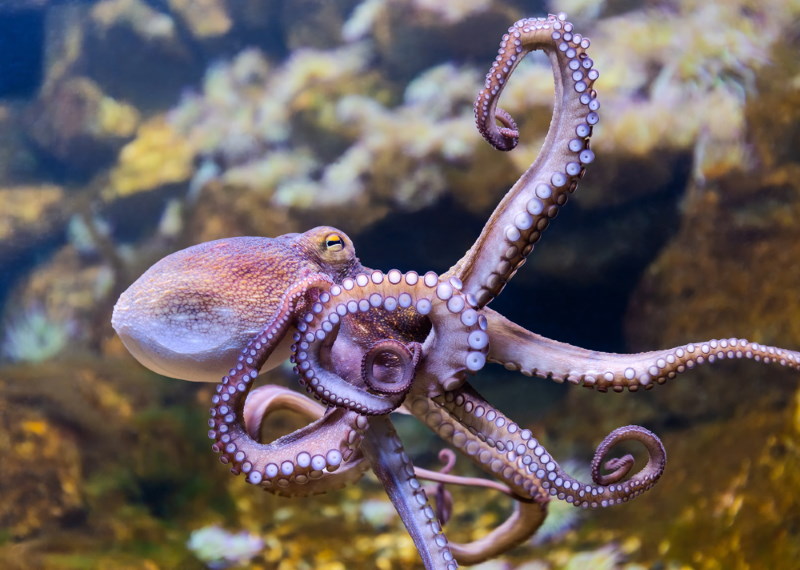 This animal might be called the common octopus, but its size is anything but ordinary. Their weight can vary from 3 pounds to 10 pounds. Their length is not too bad, because the animals usually do not exceed 90 centimeters. The European eight-arm is not only beautiful to look at, but also delicious to eat. It is a delicacy in many countries and can be easily caught because it lives almost everywhere in the world. A special fact about these animals is that they have three hearts. 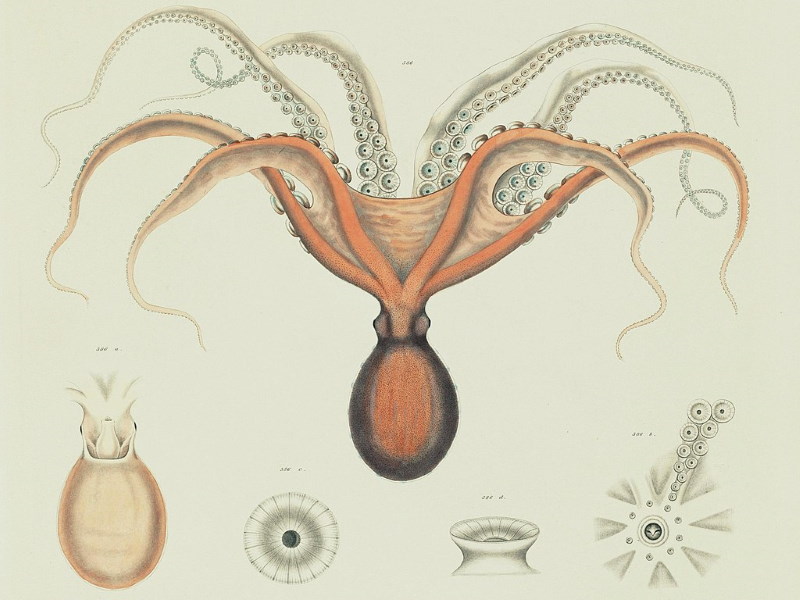 Little is known about Enteroctopus magnificus either. These large octopuses are mainly found in waters around Namibia and South Africa. It is related to other large octopuses, such as the giant squat. Like other members of its family, Enteroctopus magnificus is relatively large compared to other octopuses. It can reach a weight of 11.4 kilos and grow up to 1.8 meters long. The animals are not often examined, but are caught fairly often as by-catch when looking for fish or crabs. 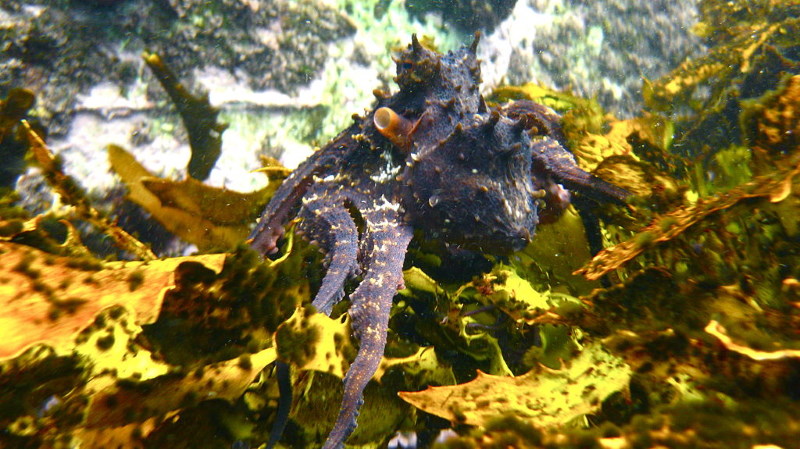 The macroctopus can be found all around New Zealand and South Australia. The animals are similar in size to the Enteroctopus magnificus. They weigh on average between 10 and 12 kilos and grow to one to two meters in length. They have a red to orange-brown color and also white dots. They have small, hard spots on their skin that make them look prickly. They are extremely common in their habitat, so they are often accidentally caught by fishermen. They are then eaten or used as bait. It is a relatively aggressive octopus species that often targets lobsters. 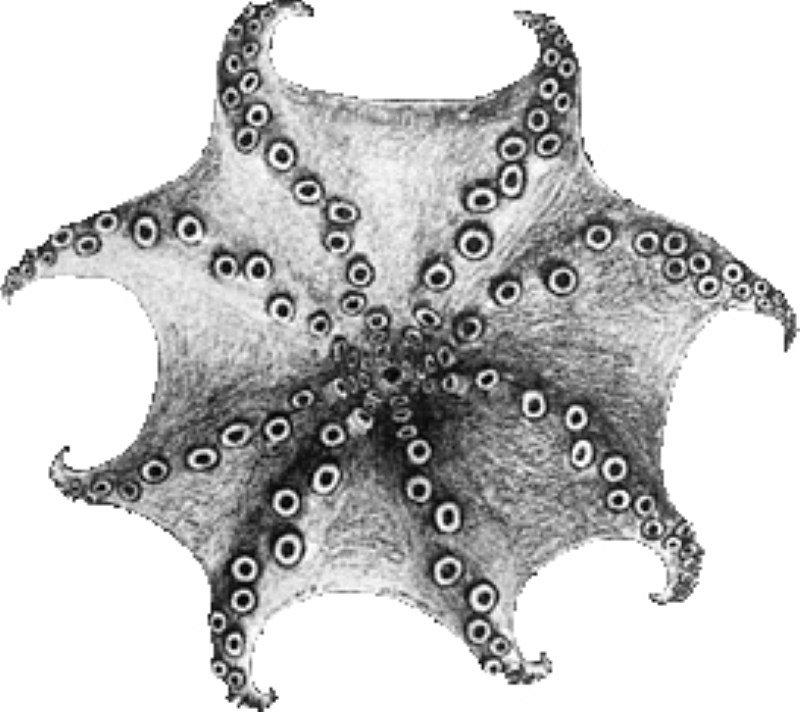 The haliphron atlanticus is also called the seven-armed octopus, which is contradictory. It is therefore a mysterious animal and perhaps the largest octopus in the world, but we know just too little about these animals. It owes its nickname to the seven-armed congener that was caught around the coast of New Zealand. He had lost one of his arms, but still weighed 61 pounds. Scientists think a complete specimen can weigh up to 75 kilos, with a length of 2.9 meters. 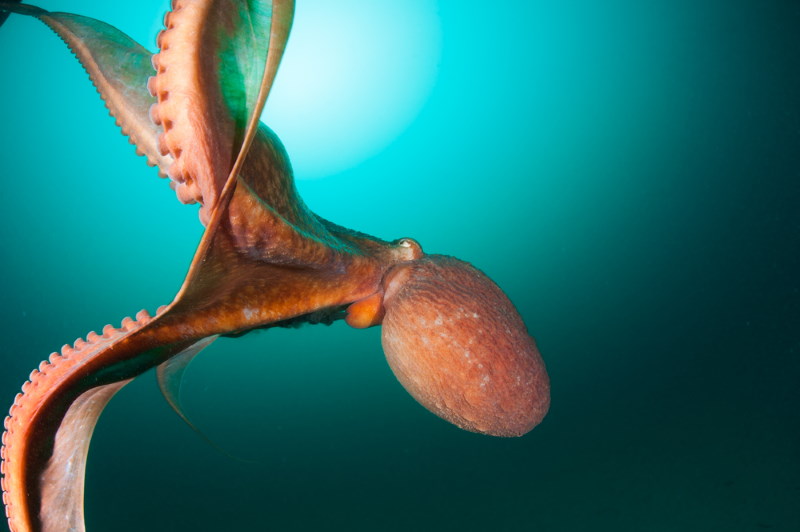 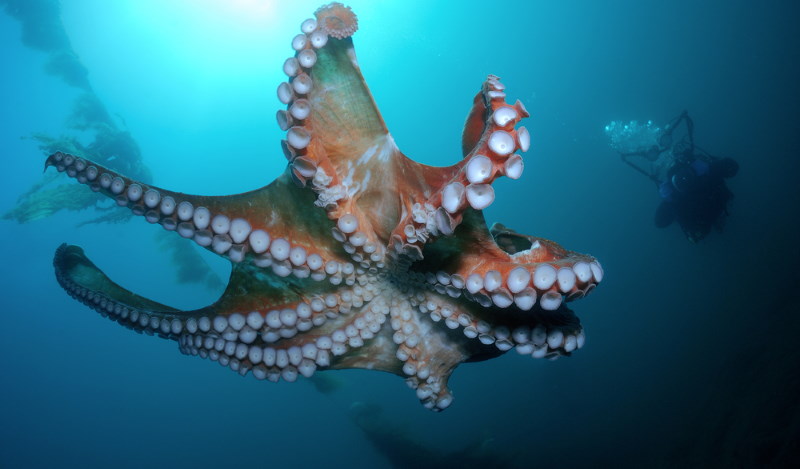 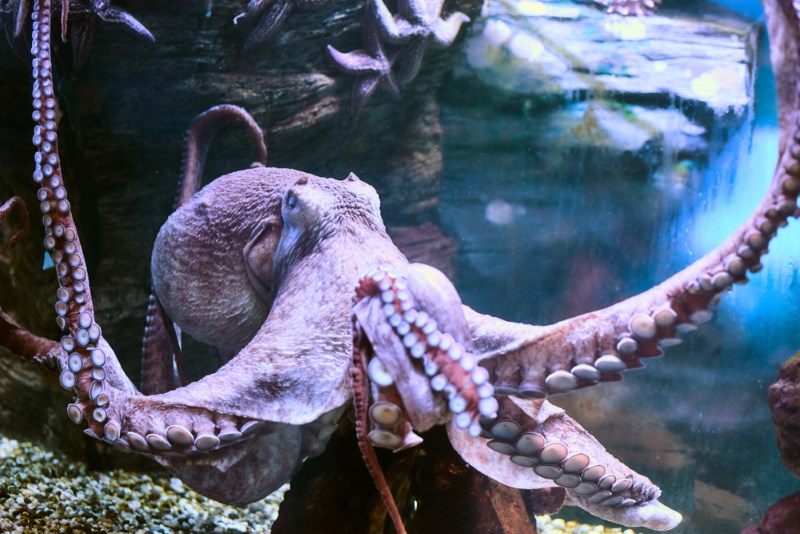 Top 10 Smallest Dinosaurs that ever lived