Fans of Dan Brown will enjoy these writers as they all have the same clear-eyed imagination that dares to say ‘I wonder what would happen if…’ and fearlessly portray the world as it is not, as it should be or even as it could be!

Jeffrey Archer has lived, as the Chinese proverb goes, in interesting times. He has variously, been a Conservative MP (twice, resigning in disgrace both times), a convicted criminal (for perjury and perverting the course of justice), a PE teacher, police cadet and army cadet (the latter three for only a short time after leaving school with O-Levels, presumably while he sought the career of his dreams.) He also worked with many charities, fund raising for them, although even in this sphere of his life there is a whiff of the untoward, with allegations having been made about his expense claims. It is only in his written work that Jeffrey Archer truly shines. His first book, Not a Penny More, Not a Penny Less, published in 1976 went onto to be made into a movie and his other works have also done extremely well, selling over 250 million copies world-wide. He has written novels, true-life accounts of his time in prison, short stories, tales for children and plays, showing that he can excel in all types of writing.

Matthew Reilly is a determined Australian author, whose novels are packed with action, adventure and villainy. Despite having his first novel rejected by every major publisher in Australia, Reilly chose to self-publish the work in 1996, taking out a bank loan in order to produce 1,000 copies of Contest. The book was spotted by a commissioning editor from Pan McMillan who promptly signed the youthful writer to a two-book deal. Reilly was only 19 when he wrote the book. His second book, Ice Station, was seized by publishers in the States, United Kingdom and Germany. He is now published all over the world, in 20 different languages and has sold more than four million copies altogether. Matthew Reilly’s huge success as an author has, as of 2011, been offset by a great sadness in his personal life. His wife, Natalie, was his childhood sweetheart, and the driving force behind him self-publishing that all-important first novel. She suffered from depression and anorexia and committed suicide while Reilly was away from home on a book tour…

Sam Bourne is the alter ego nom de plume of an English journalist. The journalist, Jonathan Freedland, writes under the pseudonym in order to lessen confusion between his fiction and non-fiction works. The Daily Mirror declared Sam Bourne to be ‘the biggest challenger to Dan Brown’s crown’ after the publication of The Righteous Men. The novel was also highly praised by Piers Morgan. Sam Bourne has only released five books so far, but they all boast gripping plots, believable characters and include a minutiae of accurate and convincing detail, thanks to Freedland’s world-wide travels as a journalist.

Douglas Preston has written many novels, some as solo enterprises, but many more with a writing partner, a phenomenon seen more and more commonly in the writing world. His most frequent partner is Lincoln Childs and together they have penned a series of rip-roaring adventures that dive uninhibitedly into a world of superstition, monsters and the supernatural while using real and recognisable settings for these otherworldly occurrences. The pair draft out the plot of each story, and then every chapter is passed back and forth between the two until agreement is reached. They do sometimes argue, but they feel that this dual writing/ proofreading process works to keep the writing sharp and the plotlines believable. Their many fans are sure to agree!

Nelson DeMille writes action-packed adventure and has had two of his books made into movies: Word of Honour was filmed as a for-TV movie starring Don Johnson and the General’s Daughter was made into a major movie starring John Travolta. DeMille often writes in the first person and can adapt his writing style to suit the tone of the novel, but his dry sense of humour and faint sarcasm always shine through, infusing his works with just the right amount of humour to alleviate the tension when necessary. His later works are known for having open or ambiguous endings as DeMille tries to avoid the big ‘Hollywood’ finish characteristic of so many modern written works.

Few people begin their writing career from scratch so to speak, and Steve Berry is no different, having worked as a lawyer for thirty years before becoming a full-time author. He began writing while still practising law, and it took him 12 years and over 85 rejections before he received his first acceptance letter (proof, if any is needed, that persistence is the key to success!) Today, there are more than 17 million copies of Berry’s books, in 51 countries across the globe and translated into 40 different languages. Berry and his wife have a strong love of history and he uses his wide and detailed knowledge as the foundation of all his writing, creating wonderfully elegant thrillers that ooze excitement and realism in equal measures.

The late Sidney Sheldon was that rarest of male authors: he had a gift for telling his exciting and heart-warming tales from a point of view that appealed to female readers as much as male. Sheldon (born Schechtel) allegedly sold his first piece of writing at the age of ten, being paid $5 for a poem! Sheldon worked extensively in television as well as producing his blockbuster novels, some of which were transformed into television mini-series’. Most of his stories included a touching love story alongside the action-adventure plot, which helped to make his books popular with generation after generation of readers! He won many awards during his career, both for the many television shows he scripted and for his novels. He passed away at the age of 89, following complications associated with pneumonia.

Robert Ludlum is something of a colossus when it comes to a very specific genre of spy/ action/ thriller! Imagine a book that you hastily pack into your suitcase, so as to have something entertaining to read on the journey. You want fast-paced adventure, buxom and brave girls and a hero who is strong, silent and courageous, with a softer side that is only shown to very few. The title of the book should have a Greek letter or mythological name in there somewhere, preferably as the second word after ‘The’! This is the formula for the typical Ludlum novel, and it is a title that brought him enormous success and popularity! So addicted was he to the above-mentioned formula that every single one of his titles are three word combinations, starting with the word ‘The’! (The Scarlatti Inheritance, The Sigma Protocol, The Icarus Agenda) Ludlum’s best known works are probably the Bourne series, which have been made into a series of movies, starring Matt Damon and Jeremy Renner. Ludlum died aged 73 in 2001, while suffering burns caused by a mysterious fire about a month beforehand…

Baldacci is another lawyer turned novelist, having written stories and anecdotes from early childhood when his mother gave him a notebook in which to record his tales. While still practising law he penned his first novel, Absolute Power, a process which took him three years to complete. It was published in 1996 and became a huge best-seller. If the name is ringing a bell, it may be because the book was made into a major motion picture starring Clint Eastwood and Gene Hackman, featuring the tag line ‘Power corrupts; absolute power corrupts absolutely.’ One of his novels ‘The Simple Truth’ was chosen by then President Bill Clinton as his favourite novel of 1999. Baldacci’s books are centred on government agencies, such as the CIA and Secret Service, and often feature rebellious, yet righteous characters who battle to right wrongs, despite restrictive legislation or outright corruption within the system. His believable characters, detailed description and tightly plotted storylines ensure that each book is a compelling read.

Clive Cussler is sometimes derided by the literary purists for his heavy-handed use of clichés and awkward phrasing. However, the people that matter (readers who adore all of Cussler’s characters from the green-eyed Dirk Pitt to the frequent cameo appearances of himself as a lonely traveller who crosses paths with the hero and usually helps him out in some minor, but important way!) keep on buying his books in huge numbers! Cussler often writes of underwater wrecks and treasures, and he is well qualified to do so, having discovered over sixty underwater wrecks in his career as a marine archaeologist and adventurer. After a stint in the military, a period which provided him with a wealth of information that is put to excellent use in many of his works, he worked for an advertising agency for a time, before the success of his writing lured him away into the world of penmanship. He originally began writing when his wife began to work at night, and he was left to his own devices for several hours after the children went to bed. He allowed his imagination to roam freely (what if Atlantis was discovered now? What if they COULD raise the Titanic? What if Abraham Lincoln got swept out to sea and ended up in the heart of the African desert?) and the result was the series of fast-paced, exciting and sometimes outlandish and unlikely adventures that Cussler fans know and love today! 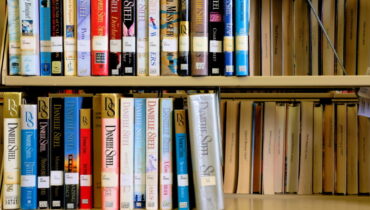 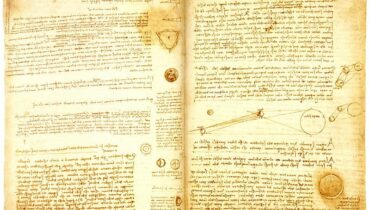